I love how innovative restaurants find a way to celebrate a sports victory…I already showed you how a great place in Chicago made the Stanley Cup out of meat:

Check out that story HERE:

The Solita Bar & Grill in Manchester, England, is celebrating Andy Murray’s triumph at Wimbledon with a Scottish-themed burger called “The Murray”, the Daily Star reports.

According to the BurgerBusiness website, “it wouldn’t be Scottish without a bit of deep-fried haggis (traditionally assorted sheep offal cooked in a sheep’s stomach) but there’s more, of course.

Yes, There Will Be Haggis On This Burger!

So, they’ve already acknowledged that there WILL be haggis involved. But beyond that, “The Murray” will have a 6 oz. beef patty of Aberdeen Angus. On top there’s Ayrshire bacon, Monterey Jack cheese and a barbecue sauce made with Scottish whiskey and Irn Bru, a bright-orange Scottish soft drink. It weighs in at 1,100 calories.”

That’s right, you are looking at “Irn Bru” Sauce!

I love that they have added a local SODA to the recipe to create a thick, syrupy sauce – I’d bite into this! And, if that’s not enough, how about this?

Said Solita Owner Franco Sotgiu, “The Big Manc is usually our biggest selling burger, but the Murray even outsold that on its first day. People are caught up in all the euphoria so we might keep it on for another week before we change.”

The Murray may be outselling the “Big Manc” because “The Big Manc” is priced at a whopping £15.90 ($24.90) That gets you two 6-oz. beef chuck patties with iceberg lettuce, house-made pickles, Monterey Jack and Big Manc sauce – a secret sauce created by the kitchen. 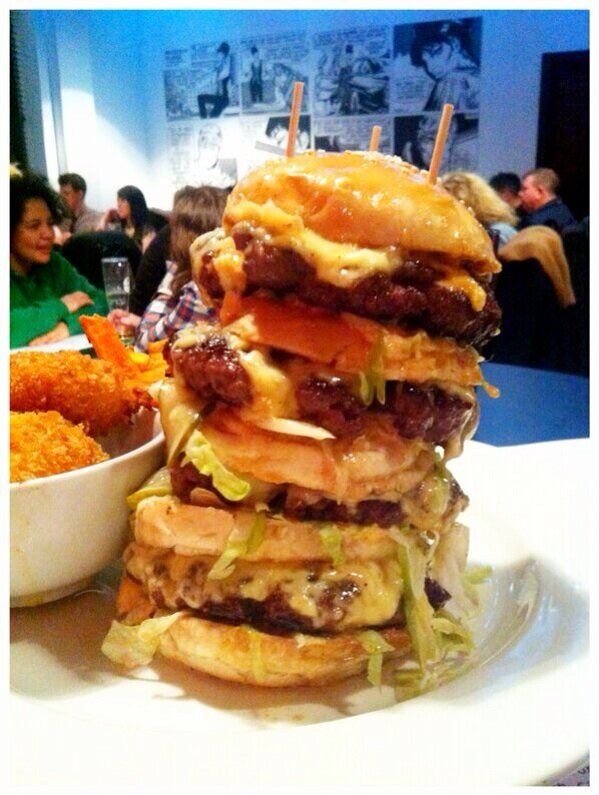 Solita’s sounds like a GREAT place to visit – and I’ve always wanted to visit Manchester anyway, so maybe this is my tasty excuse! 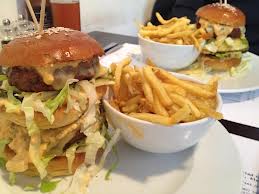 Nice job by BurgerBusiness.com for covering the world of burgers so well – check them out!

The Big Manc Vs. The Big Mac!

And if you were wondering – and I certainly was – here is how a “Big Manc” looks sitting next to a regular “Big Mac”:

I will leave it up to you to determine which is which!

Like Loading...
‹ Lindsay Lohan! From “Mean Girl” To “The Canyons”!
Into The Wild! Siberia’s “Happy People”! Werner Herzog’s New Documentary! ›