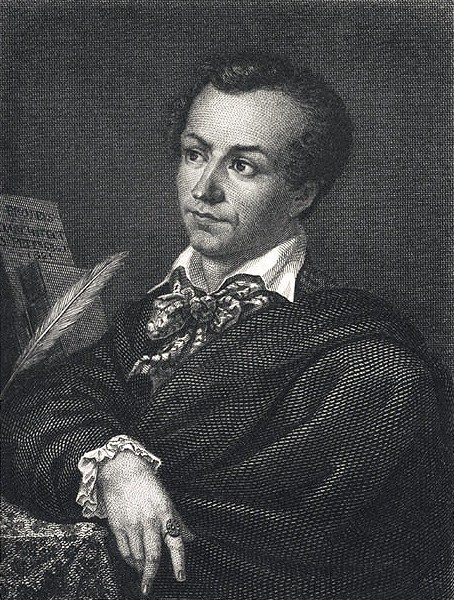 Time for the latest edition of my “Weekly Wednesday Bookmobile” series – sharing books that I find interesting – like this one, the story of the world’s FIRST Celebrity Chef!

“Cooking For Kings – The Life Of Antonin Careme, The First Celebrity Chef”

Author Ian Kelly has written a fascinating book about the world’s FIRST Celebrity Chef, the handsome and brilliant Antonin Careme!

Check Out His Menu!

This is his actual menu from a dinner served at the Royal Pavilion in 1817 – and yes, he served everything on the menu at once!

He was a culinary genius, turning out banquets with literally more than a hundred dishes! He was also an inventor, cookbook Author, Chef for Napoleon – an all around food stud!

Here is what Publisher’s Weekly had to say about this terrific biography of the world’s first celebrity chef:

“Readers who enjoy being privy to the evocative details of a past era will devour this book, and foodies will have a field day with the engrossing story of a man who literally died for gastronomy.”

Carême (1783–1833) was born poor in Paris, and by his late 20s he was already Europe’s most famous chef. He cooked for monarchs and noblemen, even baking Napoleon’s wedding cake, and his fame dovetailed with the rising interest in gastronomy.

Luckily, Carême was also a prodigious author who recorded every major meal and became rich off his cookbooks.

He made incredibly intricate dishes, like these two: wild boar on the left and suckling pig on the right.

The scale of Carême’s meals will astonish today’s readers: he served literally hundreds of elaborate dishes that were served looking like this!

Cooking A Meal “For Weeks!”

The book is full of amazingly created buffets – including some that had the Chef, along with his team, cooking for weeks on end without a break.

The Feast To End All Feasts!

Here’s a great story about an amazing meal: Planning a banquet for the Prince of Wales (later the Prince Regent) took an enormous amount of time, money, and effort. The following is a partial list of food Lady Fetherstonhaugh of Uppark estimated would serve one hundred guests in 1784 – and this is the actual kitchen: 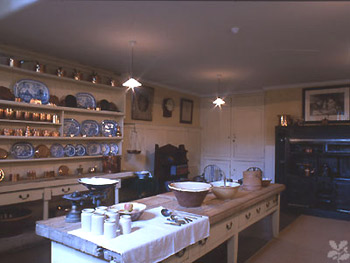 A Meal For One Hundred!

Here is what he created and served: 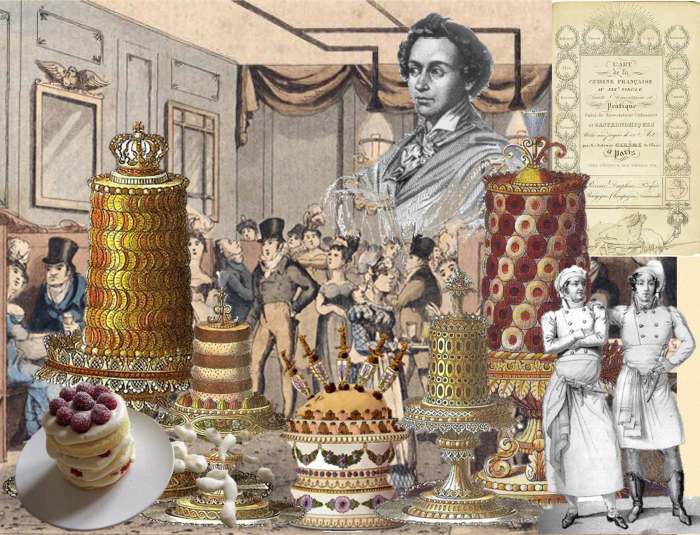 Yes, the meal included a 120 pound Turtle! And let’s not forget the booze! Here is what was served:

In January 1817, the Prince Regent asked Antonin Careme, the famed French chef, to cook a meal at Brighton:

On 18 January 1817, George invited the greatest (and most expensive) chef in the world, Marie-Antoine Carême, to prepare a unique and extravagant dinner in honour of the visiting Grand Duke Nicholas of Russia.

Carême had previously cooked for Napoleon, the Rothschilds and the Tsar. But on that cold night in 1817, Carême outdid all his previous achievements – creating 127 dishes!

The evening’s pièce de résistance was a 4ft-high Turkish mosque constructed entirely out of marzipan, although there were pigeon pies, saddles of lamb and a hundred other delicacies. So pleasurable was the feast that the Prince Regent exclaimed: “It is wonderful to be back in Brighton where I am truly loved.”

This is an amazing story, but ultimately a sad one as well, as Careme died very young…

The Author theorizes that Careme eventually died of “low-level carbon-monoxide poisoning after a lifetime of cooking over charcoal in confined spaces.”

The kitchens in those days were often downstairs in the interior of the house…so there was no escape for the coal dust and residue to escape…and the kitchens were very small as well, and when you consider some banquets took weeks to prepare…cooking was a very hazardous profession, even for a Celebrity Chef!

The book is packed with great drawings and recipes that attempt to capture what a genius Careme was — and not just food: we can thank Carême for numerous culinary advances, like this one!

This book really gives you an inside look at what it was like to cook for Kings, and how Careme became the world’s FIRST Celebrity Chef! Dig in!

This is part of my new series “Weekly Wednesday Bookmobile”, designed to share a book a week – like this one: 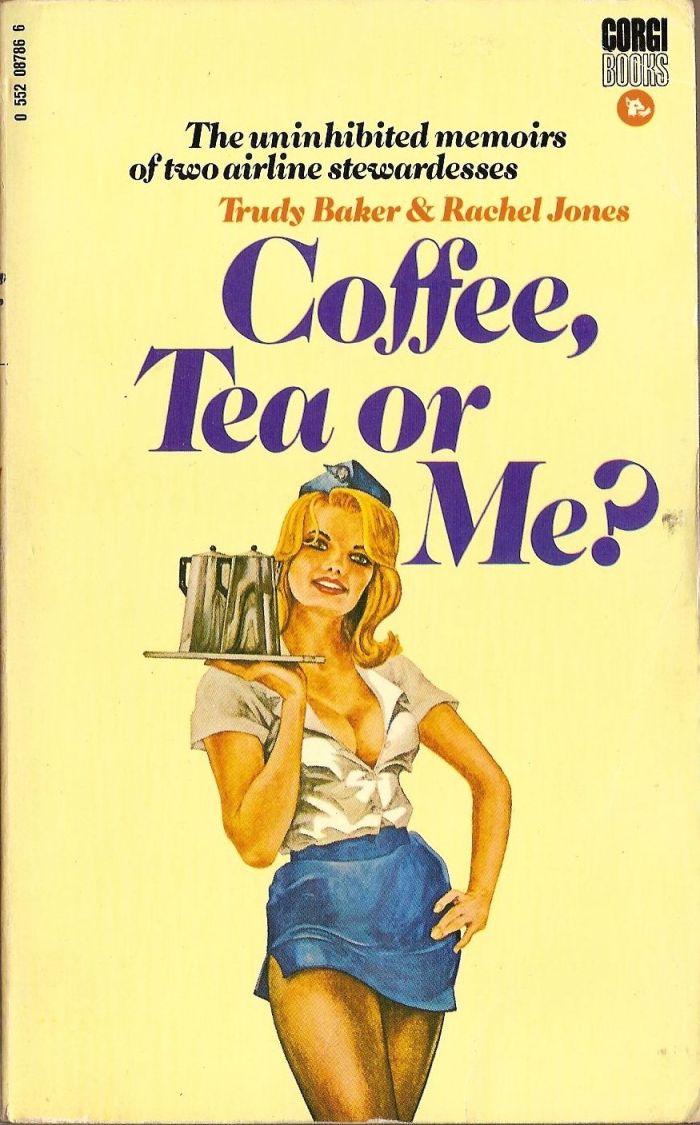 Yes, the sexy memoir from two Stewardesses – except it was written BY A MAN! Oh yes, it was – read the story of this remarkable publishing scam here: