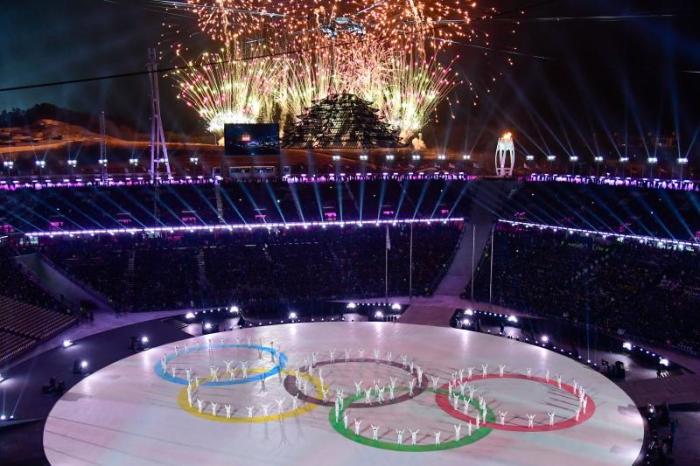 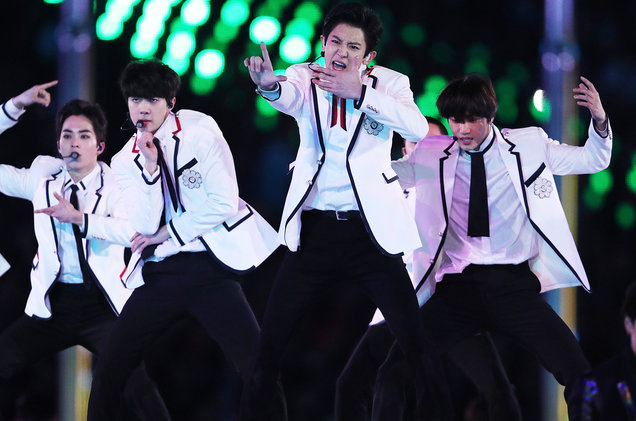 The Winter Olympics in South Korea ended with an incredible series of performances by some of the biggest “K-pop” performers on earth! EXO did their synchronized boy band music, an upbeat and energized performance that wowed the crowd! 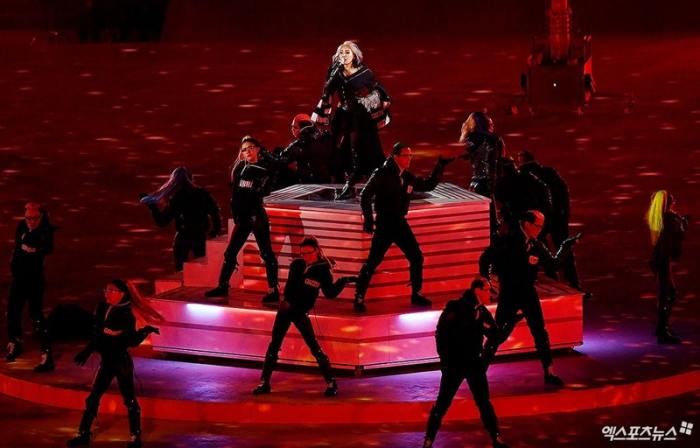 Rapper CL also wowed the crowd – she is a huge star in her native South Korea and around the world, but for many others, especially in the US, this was a revelation.

She is part of a huge musical phenomenon in South Korea known as “K-Pop!” I wanted to share my in-person exposure to this… 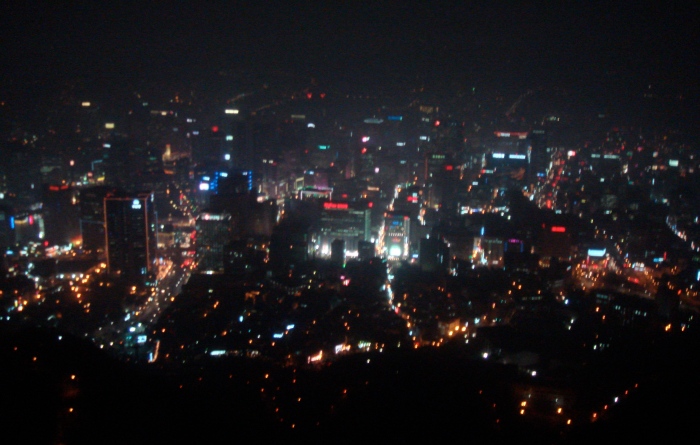 One of the most beautiful sights is Seoul, South Korea at night…I had the chance to travel to Seoul with an amazing team of people at G4, and while we were there I saw the K-Pop phenomenon up close by accident!

Seoul is the capital and largest city in South Korea, with a population of more than 10 million. Seoul Capital Area, which includes the surrounding Incheon metropolis and Gyeonggi province, is the world’s second largest metropolitan area with over 25.6 million people.

We shot stories all over the city, and I will share some of my food adventure in a moment… 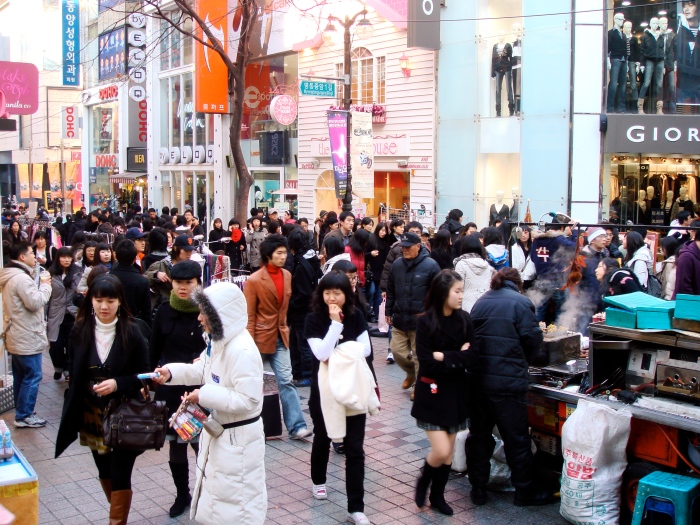 There is action everywhere you look in Seoul – here is a video of us wandering the streets at night – and we ended up walking into a “Street” performance by their version of N’Sync! Note that the sound gets loud, but we literally walked into a live performance on a stage right off the street!

This street performance was packed with fans, and as you heard, VERY LOUD – but it also seemed normal in a city that is always alive with energy – and food! 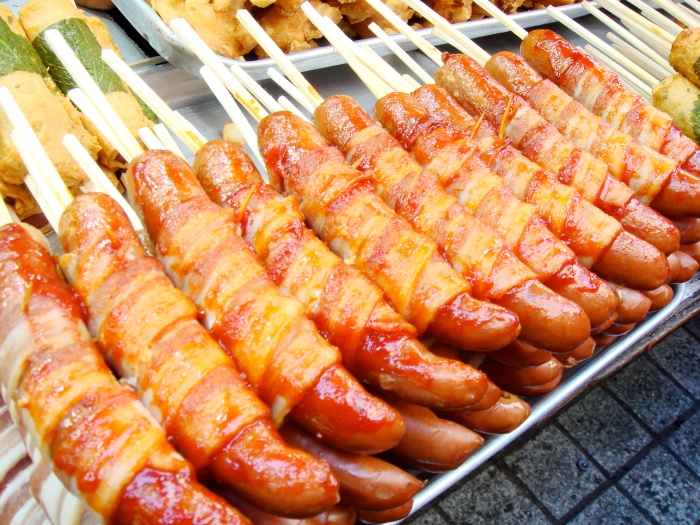 Yes, bacon has shown its face halfway around the world! These are bacon-wrapped hot dogs, one of many street treats we sampled in Seoul! Click on the video to see some of these unique bacon dogs bubbling away… 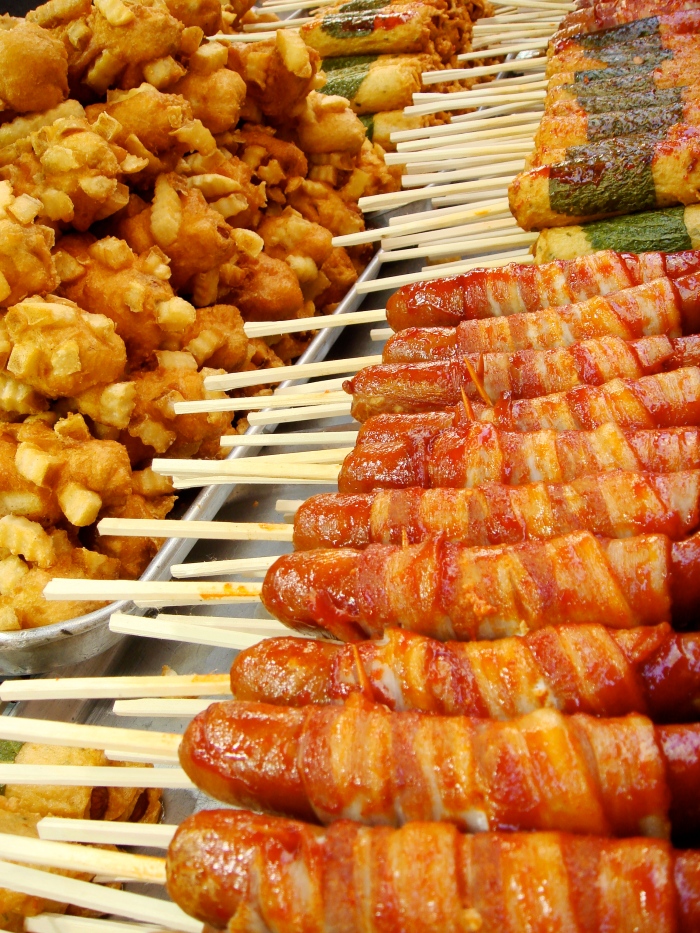 As you can see, the street food was plentiful…in fact, here I am holding one of those bacon-wrapped hot dogs with Executive Producer Wade Beckett…not the best shot of me, but I will suffer that indignity in order to showcase the food! 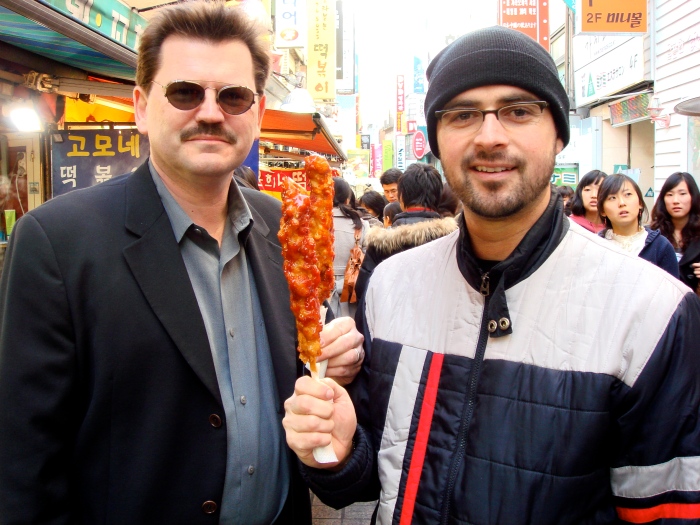 Wade and I dug right into these breaded, grilled sticks of what we thought were chicken – we will never know, but they sure tasted good! And remember, you can also just order the corn dog embedded with fries: 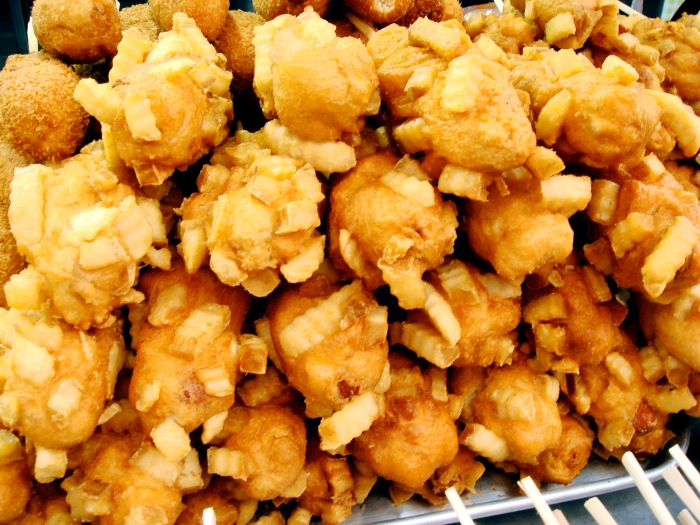 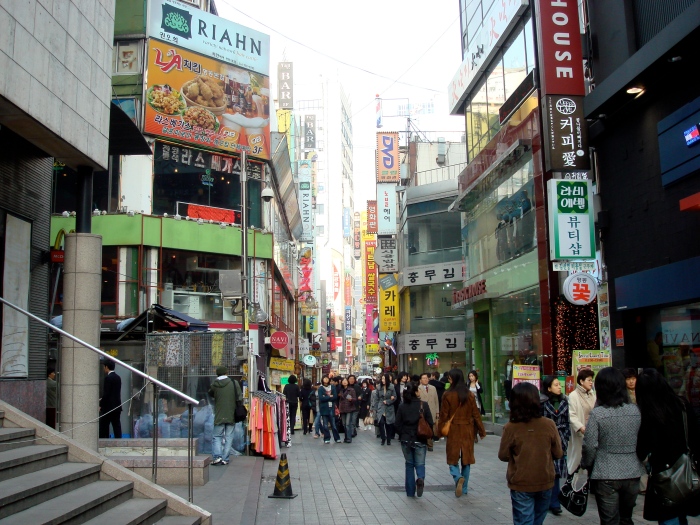 As you can see, the streets are packed with people…and you can find yourself on any small side street filled with tiny shops and stalls: 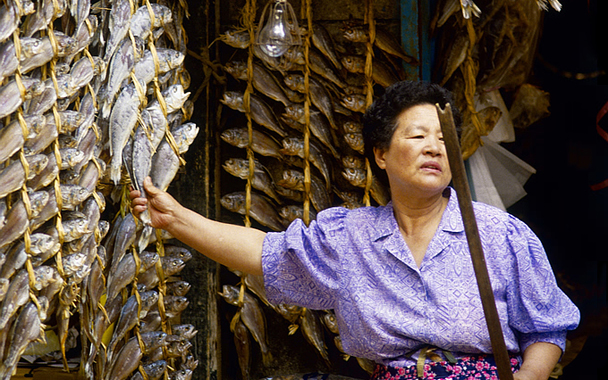 Tie Your Fish Up!

We also found a great Seoul street market – a fascinating place to wander…where locals shop for all sorts of unique items, like fish that has been tied up with rope, or dried and flattened in a fan shape… 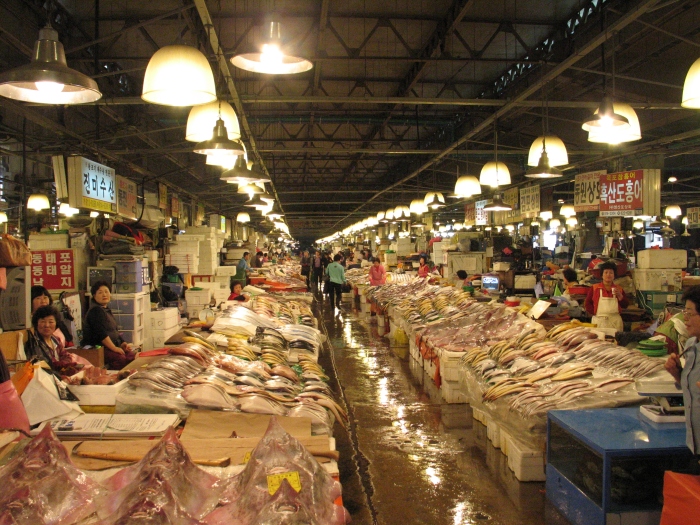 I loved this place – a huge, bustling fish market where they sold a number of unique items, like tied up dried fish…here is a video that shows piles of dried fish, plus tied up fresh fish as well – nicely bundled in bright yellow rope to carry home easily: click on to see these fish being sold!

I can’t wait to go back to this incredible country, and bravo to them for putting on an incredible Olympics!

I also found the “J-Pop” phenomenon when I was in Tokyo: 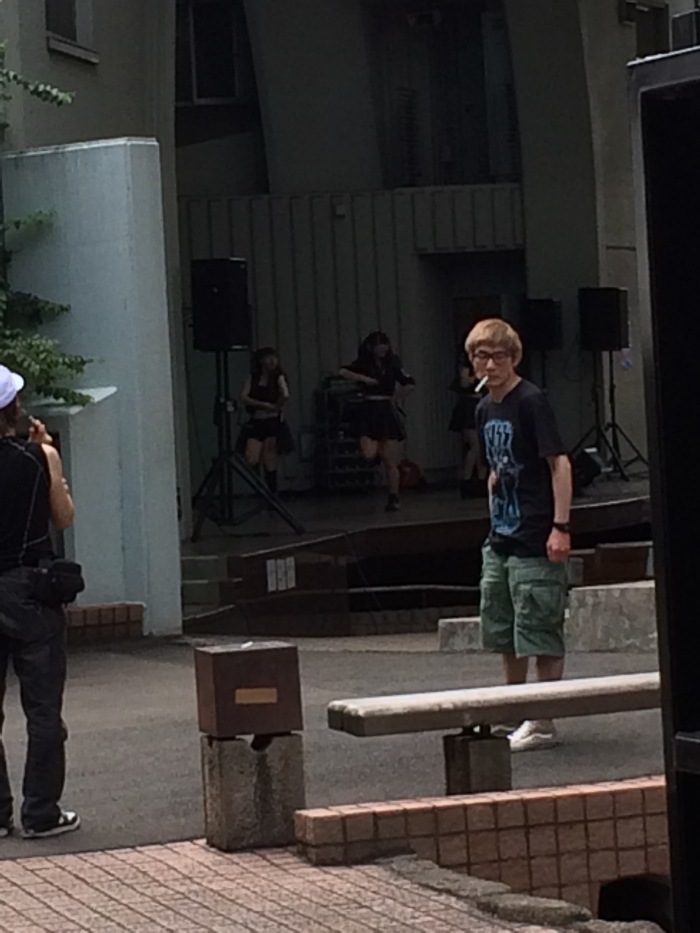 Here is a look at the “Tokyo Idol” performance we stumbled upon in a park in Tokyo:

I bought a bunch of this music at a Tower Records in Shibuya – let me know if you’ve heard J-Pop or K-Pop!

Like Loading...
‹ Nova Scotia’s Six Pound Mega-Meal! See The “Donair”! The World’s Biggest Mouths Of Food!
Classic “Songs For Sunday”! Music With A “Y” Has Coldplay, Carole King And Neil Young! The Youngbloods Get Together! “Yes” Indeed! ›

My Tweets
Thanks to @patriciawells Alex @dudalicioustoo ate the most decadent mashed potatoes ever! A tribute to #chefjoelrobuchon #food #foodporn #foodie #foodblogger #52in22cookingchallenge #recipes #mashedpotatoes #mashedpotatorecipe