Of course you do! And how about this: wanna make your own charcuterie? 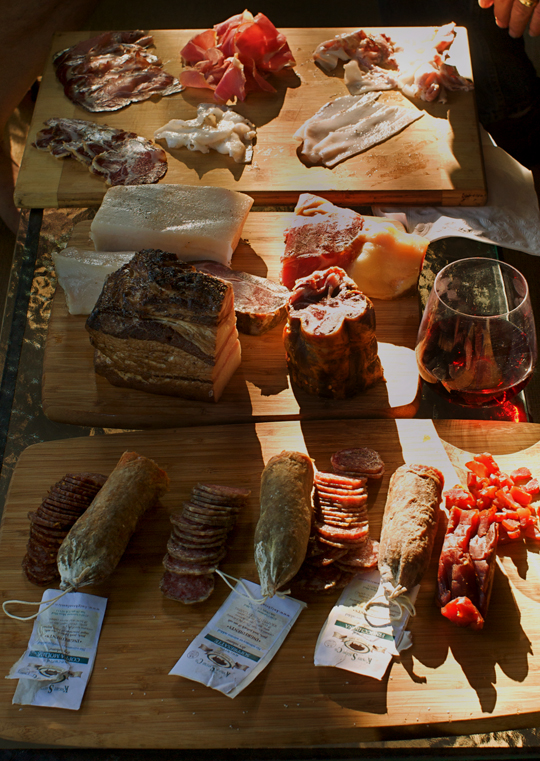 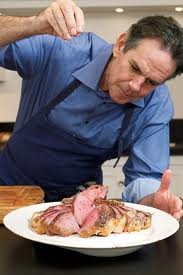 Well, this holiday season you can do all three, thanks to the best cookbooks to give as gifts!

Let’s begin with a tasty breakfast:

Chocolate-filled Toast pillows, anyone? I THOUGHT that would get your attention! Well, there’s a lot more where that came from, thanks to this great cookbook:

Chocolate For Breakfast by Barbara Passino

If you’ve never stayed at the Oak Knoll Inn in Napa valley, you are missing out on the most romantic bed-n-breakfasts in wine country! 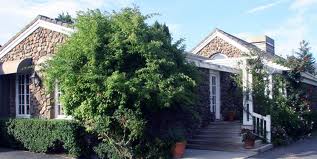 Enter the Inn and leave your worries behind, as you are now in a private, 4 room Inn that looks out over nothing but vineyards, in the heart of Napa valley…

Not only do married owners Barbara Passino and John Kuhlman take care of your wine tastings and dinner reservations, they have a nightly wine tasting, where you get to meet winemakers and sample their wine…like our friend Steph did one night… 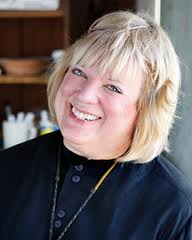 Alex and I first met Barbara when we stayed at The Oak Knoll. It has been voted one of the most romantic places in Northern California, and here’s why:

The Oak Knoll Inn is a great escape from reality – and with Napa Valley experts Shirlee and Vicki there to help you, it’s a friendly and fun environment. And no, I didn’t forget Barbara’s hilarious husband John, who will help you get reservations, tastings, cars…whatever you need.

We have stayed here for years, and we love it – and over time we became friends with Barbara, who is famous for her multi-course, chocolate-infused breakfasts. From chocolate tacos to baked eggs, her menu celebrates chocolate along with the freshest ingredients from her own garden, as well as from Napa Valley’s best purveyors.

Start With A Chocolate Taco!

That’s right, a chocolate taco shell filled with the freshest fruit is one of the many first courses highlighted in the book: 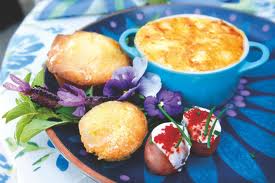 But the book is much more than just chocolate, or breakfast for that matter: it is a love letter to Napa valley, and to food. Every time I cook from this I think of Napa…go to their website:

You can order the cookbook, which will make a great gift…i’m sure Barbara will even sign it for you – or just make a reservation and head to wine country, where all of your cares magically go away…

Now, another tie to wine country – acclaimed Author Michael Ruhlman…more on his wine country ties in a moment….

I’ve written about Ruhlman before, since he did write the best book about becoming a chef ever written. But now he’s making meat, and want you to join him!

And who wants to make it themselves? Then let’s go with a terrific new cookbook that will help you do just that!

Here is how Amazon describes this great new cookbook: “The craft of Italian salumi, now accessible to the American cook, from the authors of the best-selling Charcuterie.” Oh yes, more on that in a minute, but first, congratulations to Michael Ruhlman and Brian Polcyn for another terrific and unique cookbook!

Michael Ruhlman and Brian Polcyn inspired a revival of artisanal sausage making and bacon curing with their surprise hit, “Charcuterie”. Now they delve deep into the Italian side of the craft with Salumi, a book that explores and simplifies the recipes and techniques of dry curing meats.

YES, THEY TEACH YOU TO DRY CURE YOUR OWN MEAT!

Yes, you will be a expert at dry curing soon!

As the sources and methods of making our food have become a national discussion, an increasing number of cooks and professional chefs long to learn fundamental methods of preparing meats in the traditional way. 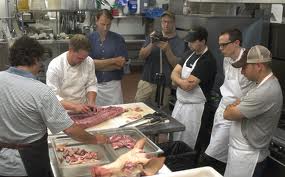 Ruhlman and Polcyn give recipes for the eight basic products in Italy’s pork salumi repertoire: guanciale, coppa, spalla, lardo, lonza, pancetta, prosciutto, and salami, and they even show us how to butcher a hog in the Italian and American ways.

This book provides a thorough understanding of salumi, with 100 recipes and illustrations of the art of ancient methods made modern and new. Well, how can you top that? Take a look at this:

I bought this book just to read all about the process….I still have to tackle it, but I will! As I said earlier, Michael Ruhlman is also the Author of the “cooking student bible”, “The Making Of A Chef” – the seminal look at a year in culinary school…

Schmaltz To You, Ruhls!

But Michael Ruhlman NEVER stops creating – and here’s the proof!

The future of publishing is upon us, and Michael is at the forefront…a new cookbook on the iPad!

Don’t forget to also order Ruhlman’s new cookbook for the iPad: “Schmaltz!” This is a great ibook, check it out on Michael’s site!

Now here is Ruhlman’s Napa Valley connection….you may know him as Chef Thomas Keller, the greatest Chef in America…

Thomas Keller – America’s greatest Chef, a master of food who has 2 three-Michelin-starred restaurants – The French Laundry in Yountville, California and Per Se in New York City – plus his french bistro Bouchon, the Bouchon Bakery, and his casual restaurant Ad Hoc.

Thomas Keller has won multiple awards from the James Beard Foundation, notably the Best California Chef in 1996, and the Best Chef in America in 1997. This is just the tip of the iceberg when it comes to his accomplishments. 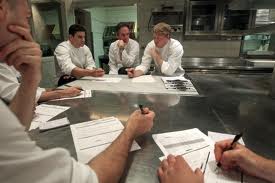 Chef Keller and Michael Ruhlman have teamed up on cookbooks that celebrate all of his restaurants…in case you want to know what Chef Keller stands for, just get him to sign your menu after a memorable meal – and you will know: 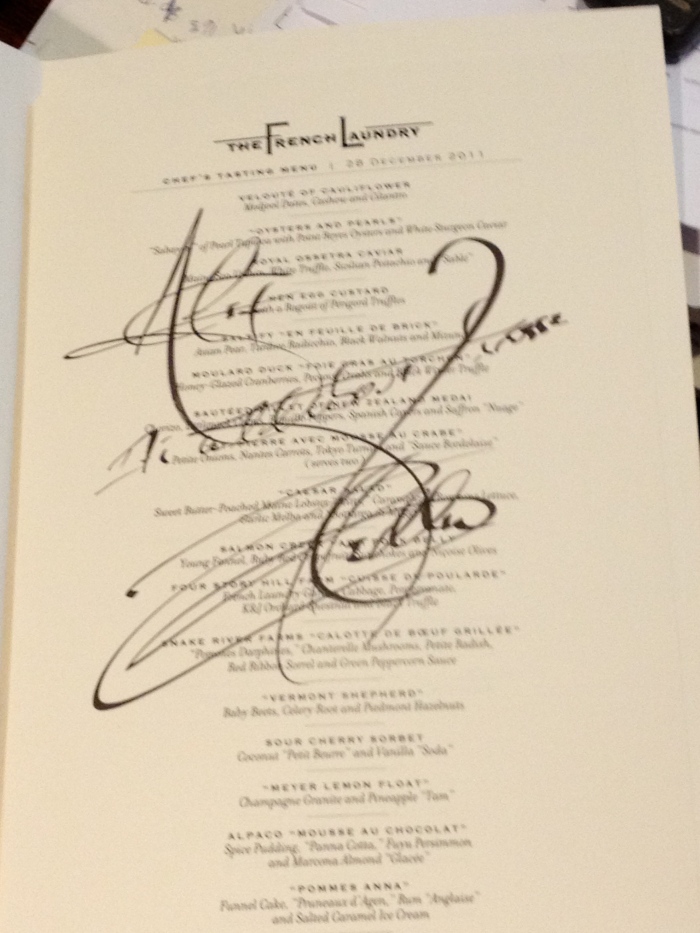 That is what he wrote on Alex’s menu when we ate at The French Laundry in December. He is passionate about food, and it shows in all three of his massive cookbooks, beginning with his French Laundry Cookbook, written with Michael Ruhlman. 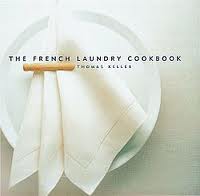 Amazon review: To eat at Thomas Keller’s Napa Valley restaurant, The French Laundry, is to experience a peak culinary experience. In The French Laundry Cookbook, Keller articulates his passions and offers home cooks a means to duplicate the level of perfection that makes him one of the best chefs in the U.S. and, arguably, the world.

This cookbook provides 150 recipes exactly as they are used at Keller’s restaurant. It is also his culinary manifesto, in which he shares the unique creative processes that led him to invent Peas and Carrots–a succulent pillow of a lobster paired with pea shoots and creamy ginger-carrot sauce–and other high-wire culinary acts. 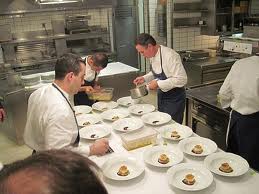 Keller’s story, shared through the writing of Michael Ruhlman, shows how this chef was both born and made. After winning rave reviews when he was still in his 20s, it took a more experienced chef throwing a knife at him because he did not know how to truss a chicken to open his eyes to the importance of the discipline and techniques of classical French cooking. To acquire these fundamental skills, he apprenticed at eight of the finest restaurants in France.

Eating at The French Laundry is a culinary adventure that must be tried by anyone who loves food – you will be amazed at what the talented chefs come up with under Keller’s guidance.

There is also a Bouchon cookbook, also chock full of great french bistro dishes, all with a Thomas Keller twist or touch.

There are Bouchons now in New York, Beverly Hills and Las Vegas in addition to the original bistro in Yountville.

Finally, Keller opened Ad Hoc in Yountville as well, a casual place with terrific food served “family style.” Everyone at the table gets whatever is being served that night… 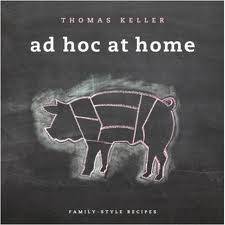 The Ad Hoc Cookbook is also full of Keller’s philosophy, passion for food, and great recipes, including the recipe for his legendary “Ad Hoc Fried Chicken.”

And if you want to give it a try, Williams Sonoma carries the Ad Hoc Fried Chicken making kit…I have done it twice and plan to do it again this weekend, and it’s pretty darn close to the real thing!

This just scratches the surface on Thomas Keller – i encourage you to seek out the cookbooks to discover the passion he has for food…so time to get a cookbook, open a page and make some magic!