Now THIS is a day of celebration!

I’ve eaten chicken in so many ways: brined, grilled, baked and simmered in soup…but nothing beats a piece of “fried chicken” hot from the deep fryer and coated with a mix of tasty herbs and spices!

Legendary Chef Thomas Keller, whose 3-Michelin Star restaurant The French Laundry celebrates its 25th anniversary today, has some of the best fried chicken I’ve ever eaten.

Here’s what Food And Wine said:

“To make his juicy and incredibly crisp chicken, chef Thomas Keller soaks it in a lemony brine before frying. The chicken, which is served every other Monday at Ad Hoc, is one of the most popular dishes at the restaurant. “Since Fried Chicken Night only happens twice a month,” Keller says, “people have a wonderful sense of anticipation.” 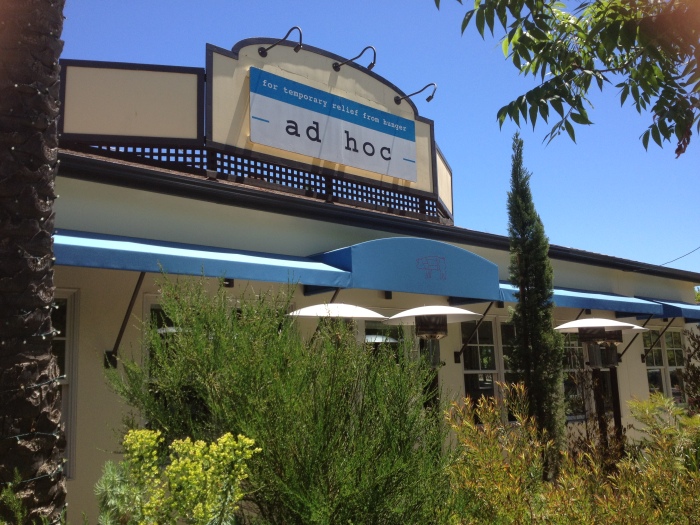 One of Chef Keller’s restaurants in Yountville is called Ad Hoc, which specializes in a single, family-style meal each day…

One day we were there, they served Keller’s famous fried chicken, served up with waffles! 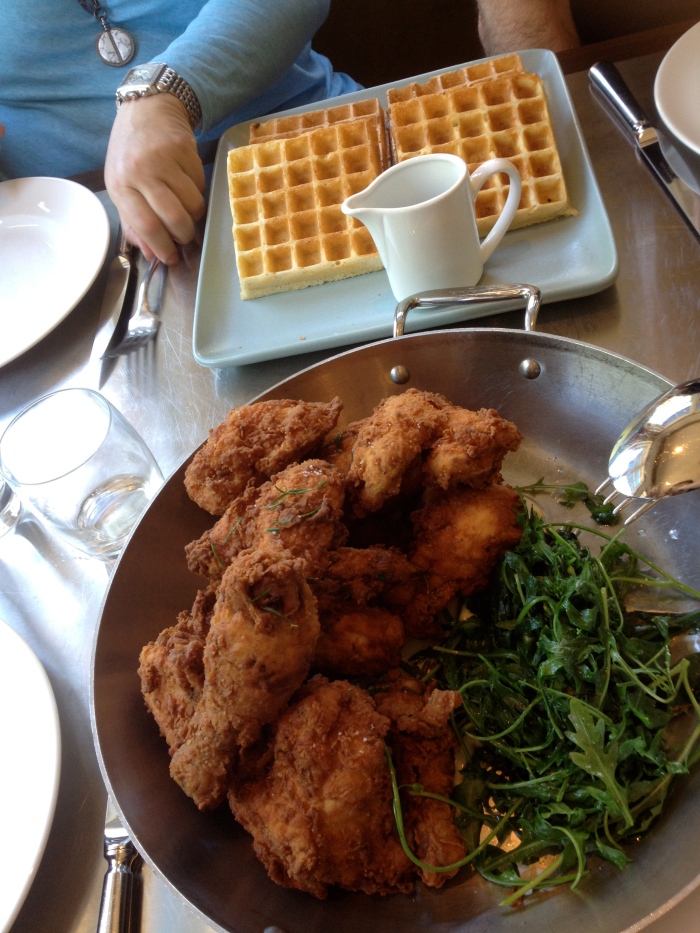 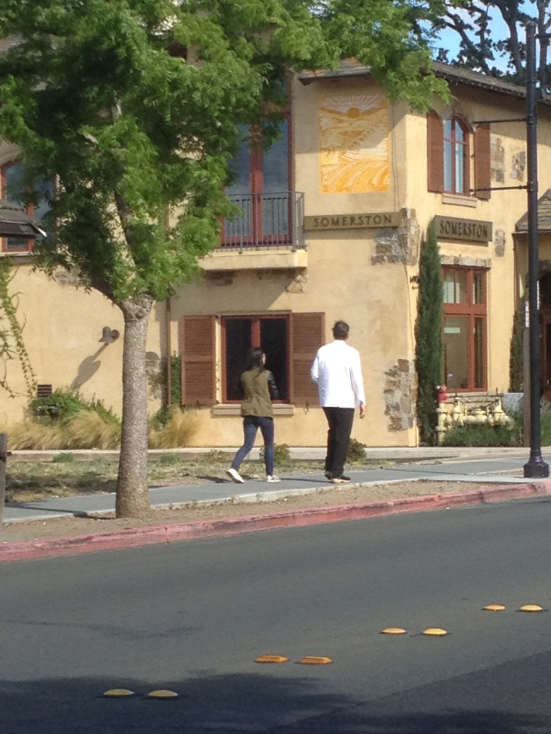 Chef Keller Is “Hands On!”

And this isn’t an “absentee Chef” – the picture above is a shot I captured of Chef Keller walking from one of his restaurants to Ad Hoc. If you go to Yountville, the odds are you will see Chef – he is that “hands on”…

Thanks to Williams Sonoma, you can make this perfect chicken at home, coated in a blend of spices and buttermilk after being brined for hours and hours…I’ve made it twice, and it turns out pretty close to the restaurant version…you make the brining liquid and then brine the chicken for hours – then you dip it in buttermilk, coat it in the spice recipe and cook it up…

The package of ingredients lays it all out for you, and the brining makes the chicken incredibly moist, while the “secret blend of herbs and spices” really does make this chicken pop!

I made a nice platter of chicken, and served it alongside garlic mashed potatoes and baked corn – what better way to celebrate “national fired chicken day!”

Of course, if you want to try something that celebrates chicken in a different way, how about “Grilled Pepsi Chicken Drumsticks?”

Yes, here is the recipe for an really terrific “Pepsi Chicken” mixture….check it out:

Like Loading...
‹ Giant Goldfish Invade The Great Lakes! “What The Friday!?!?!” From Flushed To Mega-Fish!
Imagine Dragons! Classic Hall & Oates! INXS! Sam Smith! Beatles Too! Incredible Songs With An ‘I’! ›