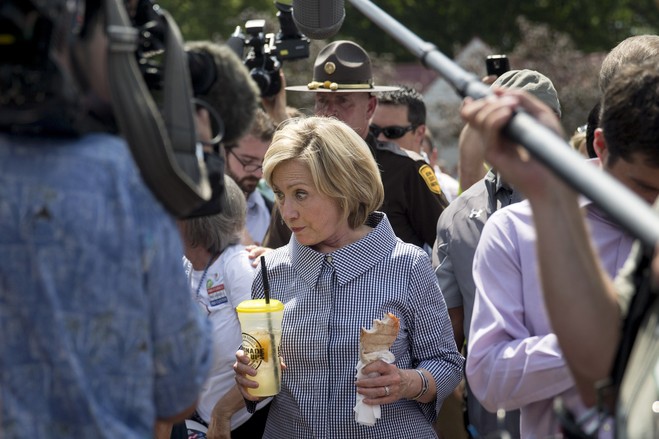 Politics On A Stick!

Political junkies know that ALL of our major candidates for the office of the Presidency have descended on the Iowa state fair to hold food on a stick!

Both Trump and Clinton went to the strait forward choice of:

I have no problem with ANYTHING on a stick, but why go with something so dull? Why not jump into the deep end of the “food on a stick” pool, like this?

Yes, time for a “peanut butter and jelly sandwich – deep fried on a stick!” It’s become an annual tradition: the Iowa State Fair showcases some of the most unique and interesting food items you can find anywhere!