Chicago joined a slew of other cities in America and around the world for a women’s march to support equality and fairness, and to put America’s new President on notice. 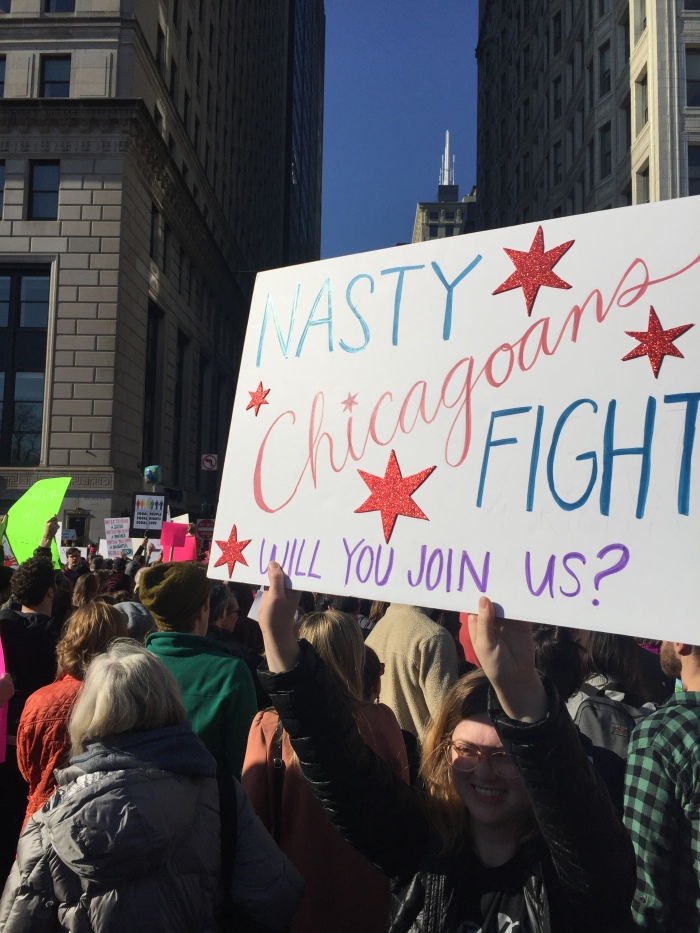 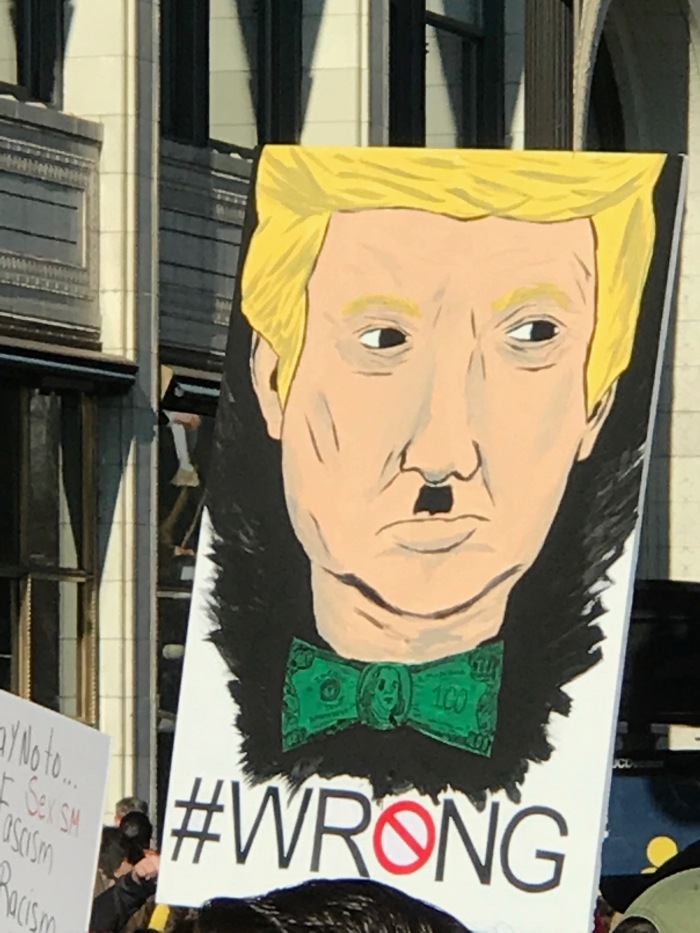 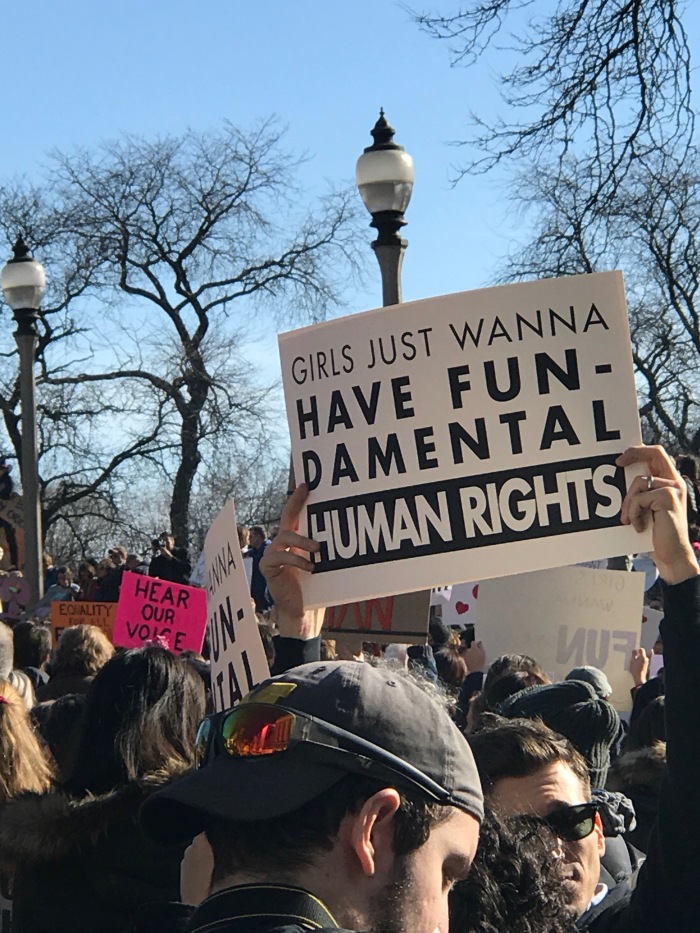 Sure, there were a LOT of signs that called our President out for his comments and actions in the past – as we have the right to do in the US – but many were holding signs that also addressed valid concerns about the future for women’s rights, minority rights, and other issues that will stay top of mind for years to come.

Here is some video of the march:

These 250,000 people shut down Chicago’s downtown “Loop” – and the protest was in the shadow of Chicago’s Trump Tower as well…which is the slim silver building in the photo above…as you can see, the streets were full of people taking part in one of America’s greatest liberties:

Alex and I were proud to take part in a peaceful march to show support for causes that are important to millions of Americans. 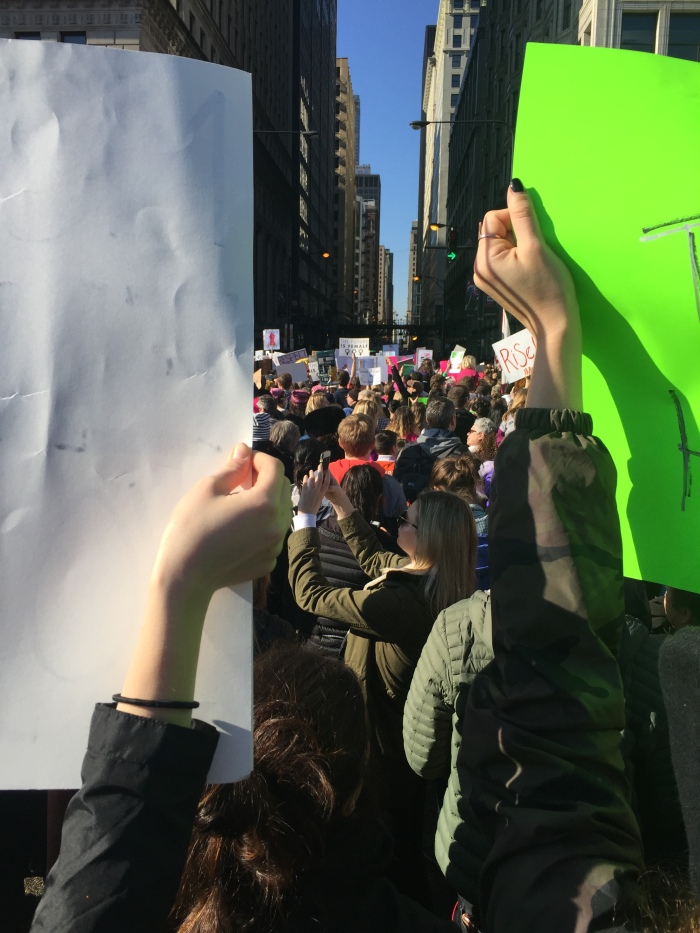 We will see more of these marches over the next four years, and ultimately, the people will decide the next direction our country will go.

I also posted a story about the protests in Chicago on the night after the election, when tens of thousands shut down Lakshore drive: 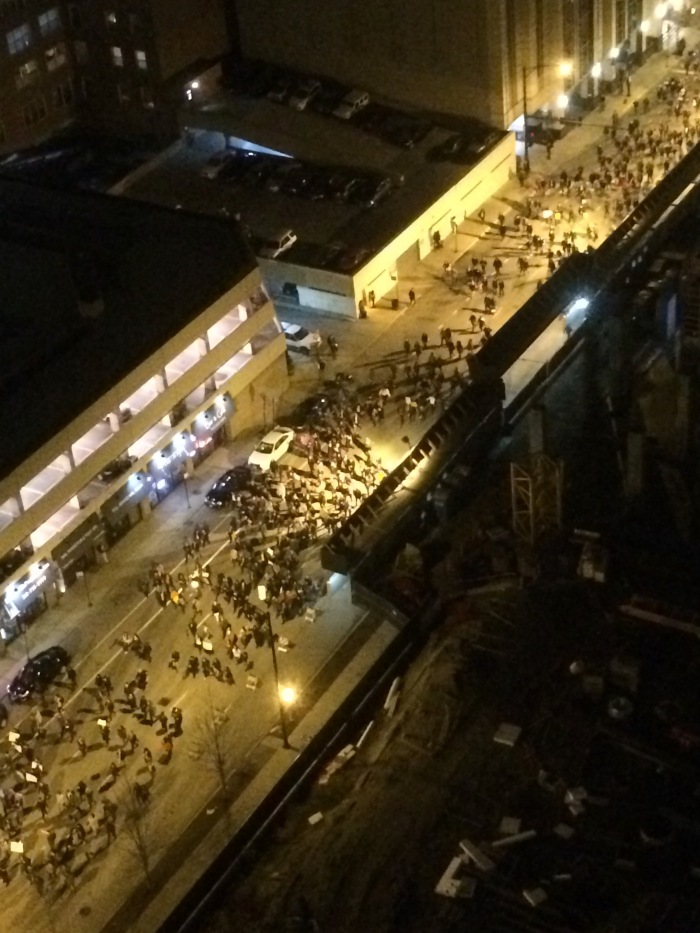 Here is my story about that night, including some video of the protestors:

We are living in volatile times right now, but we have persevered before.

As you have to remember, this is the most unique “rental property” in the US!

Every four years, new applications are taken to “rent” the White House, so in 2020, we will go through all of this again…remember that we have a history rich in presidential scandals, see some of the wildest here:

Bravo to everyone to attended a peaceful March to make their voices heard!