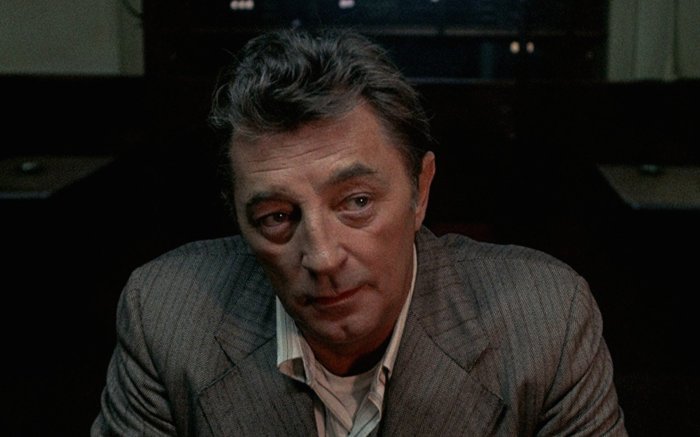 “When they send for you, you go in alive, you come out dead, and it’s your best friend that does it.”

To be a gangster means you always have to look over your shoulder. For this “Cult Movie Monday”, here are two terrific examples – two under-rated films that capture the lives of everyday “bag men” for the mob!

Let’s begin by thanking Criterion for a terrific new blu-ray release of one of the ’70’s most neglected classics! 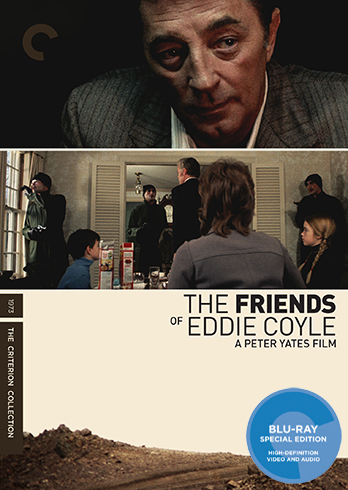 The Friends of Eddie Coyle.

Robert Mitchum was cinema’s original TOUGH GUY – he didn’t take anything from anyone – ever. And this is a classic 70’s action thriller, recently released in a beautiful new Criterion Collection… 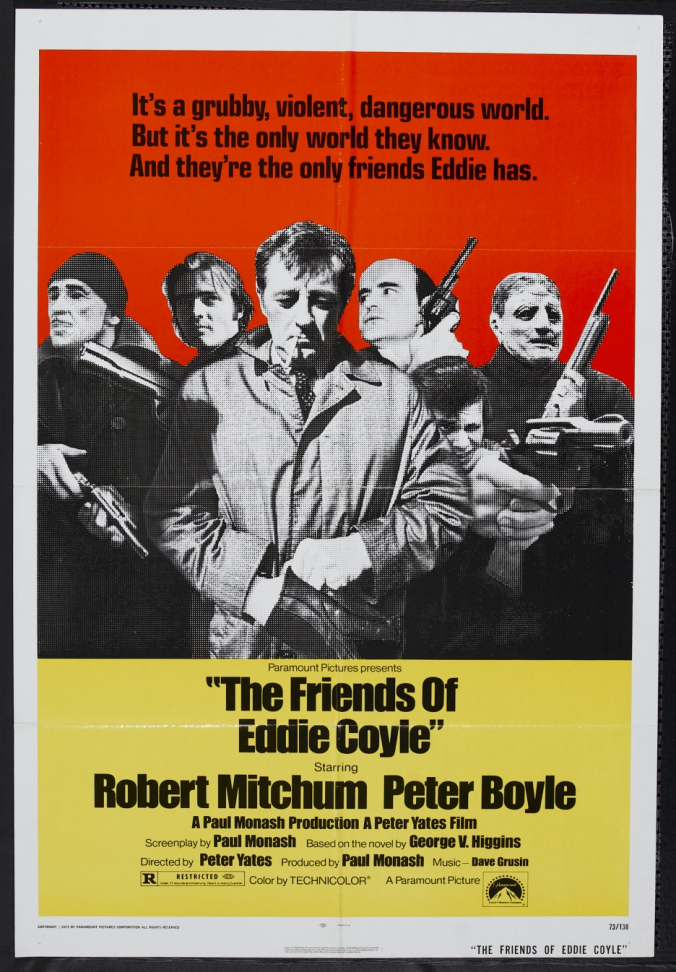 What a classic 70’s poster!

Take a look at the trailer for this terrific crime drama: 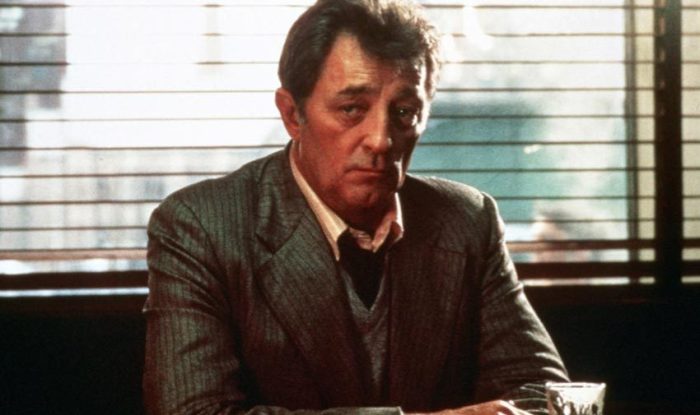 Eddie Coyle is a down-on-his-luck mobster looking to make a few bucks to tide his wife over while he goes upriver. But nothing is easy with friends like Eddie has, like Peter Boyle, who plays a bartender with ties to the cops.

There is a terrific supporting acting from Peter Boyle, and a gritty, anything goes performance by Mitchum as a guy looking for one last score…schek out this great conversation: 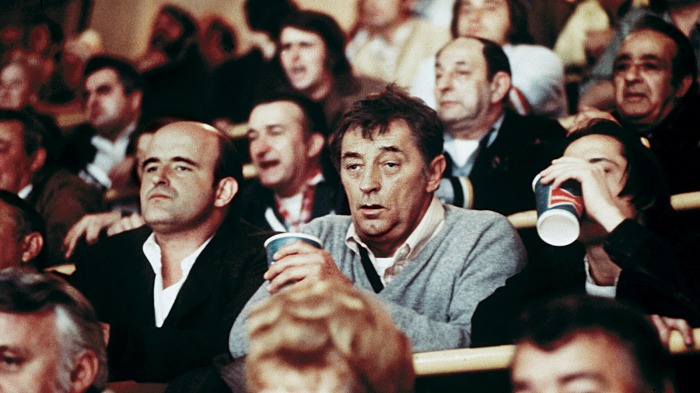 Eddie ‘Fingers’ Coyle: One of the first things I learned is never to ask a man why he’s in a hurry. All you got to know is I told the man that he could depend on me because you told me I could depend on you. Now one of us is gonna have a big fat problem. Another thing I learned. If anybody’s gonna have a problem, you’re gonna be the one.

Eddie ‘Fingers’ Coyle: No, I am not finished. Look, I’m gettin’ old, you hear? I spent most of my life hanging around crummy joints with a buncha punks drinkin’ the beer, eatin’ the hash and the hot dogs and watchin’ the other people go off to Florida while I’m sweatin’ out how I’m gonna pay the plumber. I done time and I stood up but I can’t take no more chances. Next time, it’s gonna be me goin’ to Florida. 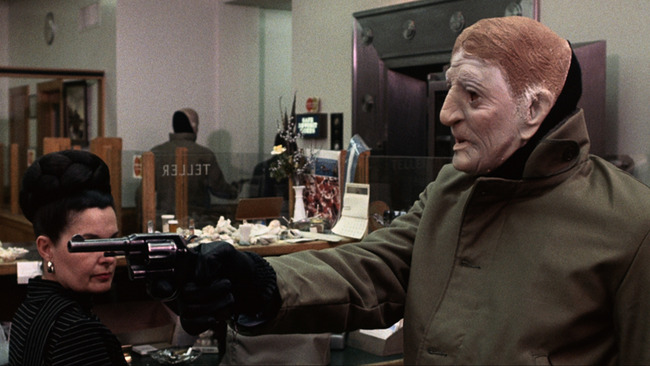 Desparate to get out before he’s taken out, Eddie Coyle has one final card to play: he knows who is knocking off banks in the Boston area…so he tries to make a deal with the Feds…

Eddie ‘Fingers’ Coyle: I was thinkin’ in terms of you maybe talkin’ to the prosecutor up there, and havin’ him drop a word to the judge how I been helpin’ my Uncle like a bastard?

Dave Foley: Well, I would. But then again you haven’t been. 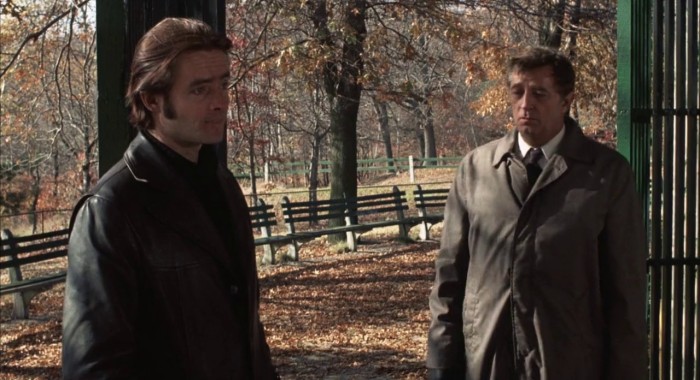 Of course, they are just as bad to deal with as the mob…

Eddie ‘Fingers’ Coyle: What? I gave you a couple of calls.

Dave Foley: Yeah, you give me some real stuff, too. You tell me about a guy that’s gonna get hit, 15 minutes later he gets hit. You tell me about some guys on a job, but you don’t tell me till their coming out the door with the money. That’s not helping Uncle, Eddie. You gotta put your whole soul into it.”

This is a gritty, tough action movie with some great characters – who are struggling with moral issues in a world of very few morals…and a great performance by Robert Mitchum…now, the second half of our double bill has another low-level mobster trying to survive: 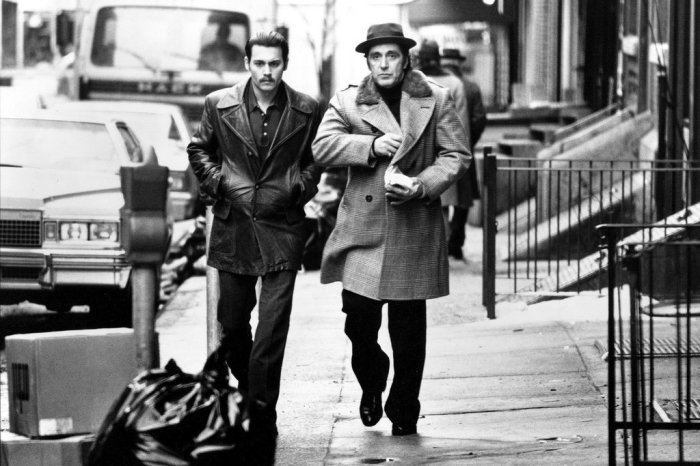 In 1997, there was another classic look at the guys who work for the guys… 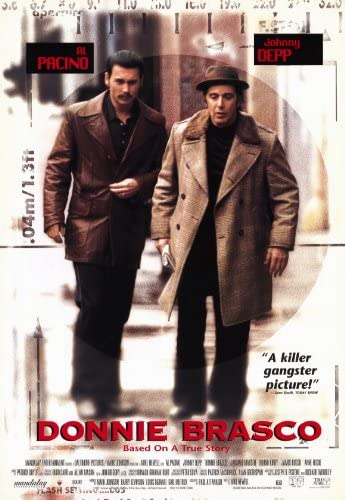 This classic gangster film follows in “Eddie Coyle’s” footsteps – as Al Pacino and Johnny Depp star as two “bag men” for the mob…check out the trailer:

This true story stars Johnny Depp as FBI agent Joe Pistone, who infiltrates the mafia of New York. Pistone goes by the name Donnie Brasco, and is able to embed himself in a mafia faction lead by Sonny Black, played by Michael Madsen.

Al Pacino is brilliant as the low-level mobster Lefty Ruggiero. He and Donnie become tight as the group goes about collecting money for ‘the bosses’.

Eventually, the group become big time when Black himself becomes a boss, all the while Pistone collects evidence. However, the trials and tribulations of the undercover work become more than Pistone can bear. His marriage falls apart and to top it off, the mafia suspect a mole in the organization…oh, and this movie explains the great phrase: 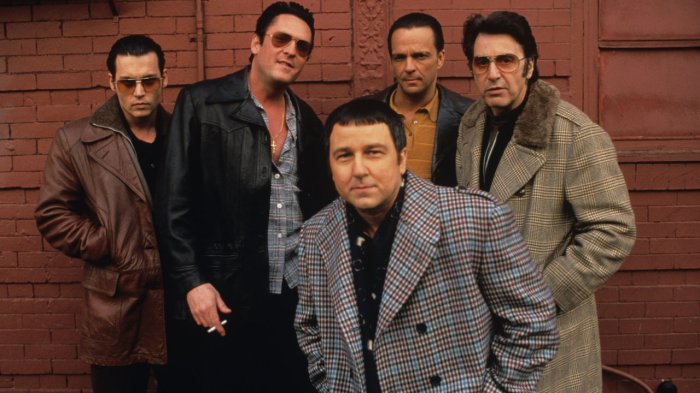 Love it! this film was critically acclaimed when released, and holds up today as well… 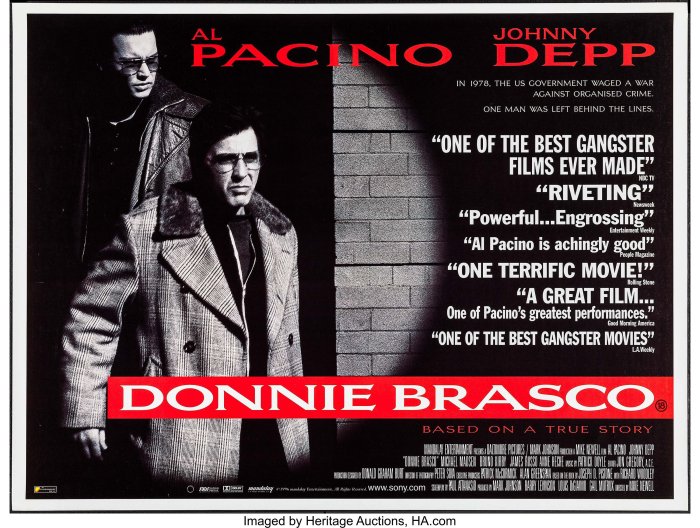 Since this was based on a true story, Johnny Depp met with the actual Joseph D. Pistone a number of times to gain knowledge and expertise for the role.

But just like Eddie Coyle, Lefty Ruggiero is a tortured, “past his prime” low-level mobster – a “bag man” who never made it big, and Al Pacino’s performance is brilliant…this is a great movie about the day-to-day world of the mob, and the cat-and-mouse game played between the mob and the police…

A couple of great movies about low life Mobsters trying to stay alive in a bloody world…a great double bill!

If you want something a bit more fun, but still packed with action, try this 90’s gem: 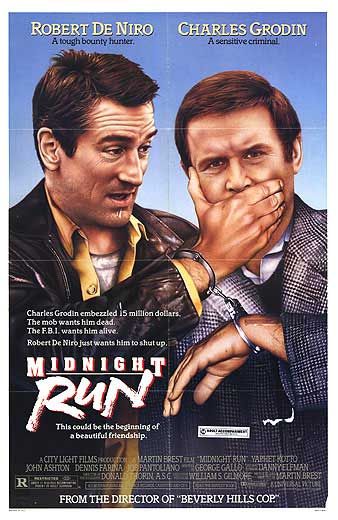 “Midnight Run” with Robert DeNiro and Charles Grodin is one of the best buddy action comedies ever – see the trailer and more classic lines from the film here!

If you enjoy these moments, please share on social media and let me know if you’ve seen these great crime films! 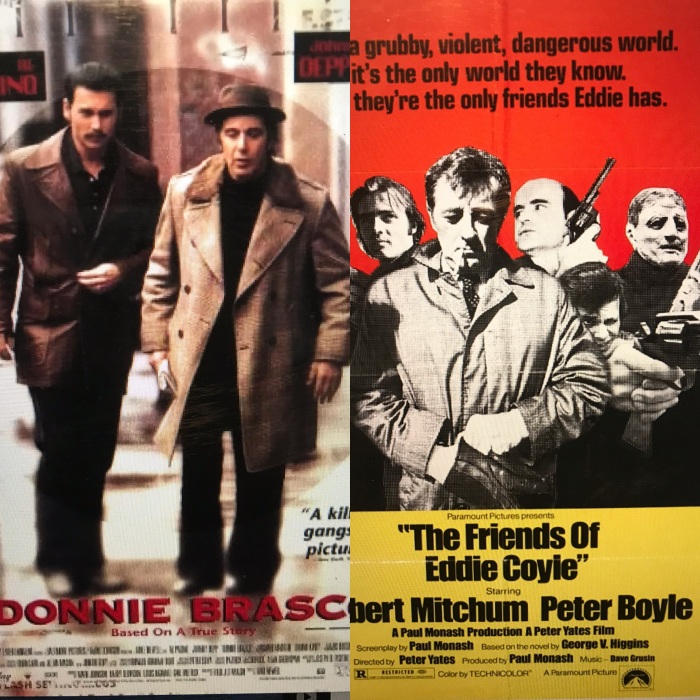