If you know what the symptoms of “Fistophobia” are, then you have seen one of “Cult Movie Mondays” best action comedies of all time!

For this edition of “cult movie Monday”, I want to offer up some of the great lines from the classic buddy action comedy “Midnight Run.”

First, a question for you:

“Why Are You So Unpopular With The Chicago Police Department?”

It’s a fair question, since Charles Grodin asks Robert DeNiro that question about A HUNDRED TIMES in the movie – it’s just one of the many memorable lines from one of my favorite films…but get ready for a virtual non-stop series of profanity-laden quotes!

People cheered on the internet recently when it was announced that, almost 25 years after the initial release, “Midnight Run” would have a sequel. Even though the original film was only a modest success, a massive cult has formed for this funny, touching, and action-packed buddy film. 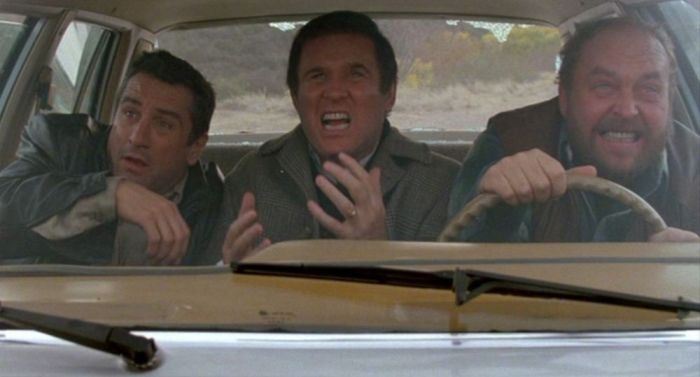 Robert DeNiro shows his comedy chops as Bounty hunter Jack Walsh, who is sent to find and return bail jumper and former Mafia accountant, Jonathan “The Duke” Mardukas. Charles Grodin is deadpan hilarious as “The Duke.”

This is one of DeNiro’s best films, in a role that wasn’t the norm for him at the time. In addition, great character Actors are everywhere in this movie…such as Yaphet Kotto, who plays frustrated FBI Chief Alonzo Mosely, who is also looking for Grodin. 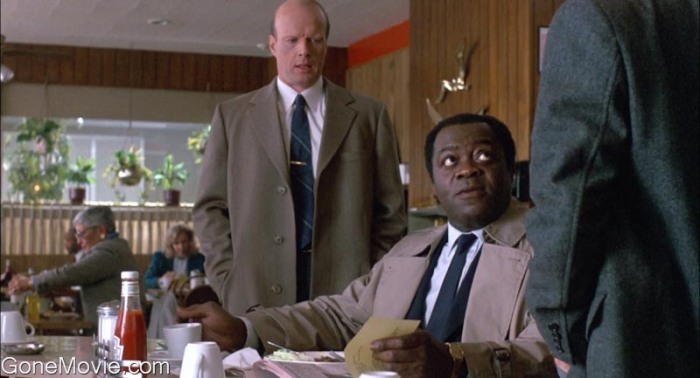 Alonzo Mosely: “Let me tell you something, asshole. I’ve been working on this Jimmy Serrano thing for about six years; Mardukas is my shot. I’m gonna bring him into federal court, and I don’t want any third-rate rent-a-thug who couldn’t cut it as a cop in Chicago bringing him to LA on some bullshit local charge. Do I make myself understood?”

Jack Walsh: “Can I ask you something? These sunglasses, they’re really nice: are they government-issued, or all you guys go to the same store to get them?” 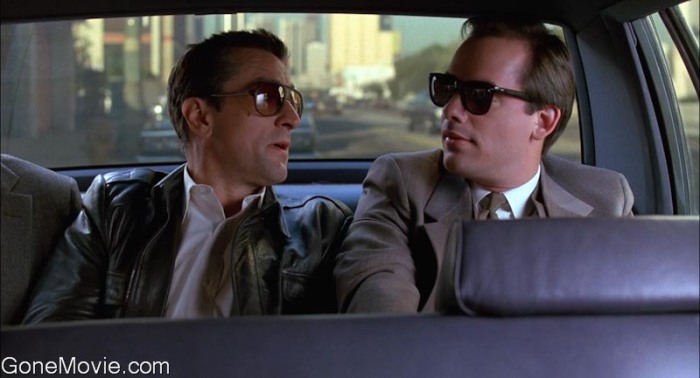 Bonding On The Road!

“Midnight Run” shares some plot points with the classic buddy comedy “Planes, Trains & Automobiles”: the difficulty in getting across the country when transportation problems arise…in both films, these problems help the duos form a “bickering friendship”…leading to the classic question:

Jonathan Mardukas: “Why are you so unpopular with the Chicago police department?”

It turns out that DeNiro was forced out of Chicago because he wouldn’t take a bribe from the mob….and it has left him hilariously bitter…

Robert DeNiro: “I never took a payoff in my life and I’m not gonna start with someone like you.”

Charles Grodin: “Why not?”

Robert DeNiro: “Because you’re a fucking criminal and you deserve to go where you’re going and I’m gonna take you there and if hear any more shit outta you: I’m gonna fucking bust your head and I’ll put you back in that fucking hole and I’m gonna stick your head in the fucking toilet bowl and I’m gonna make it stay there!” 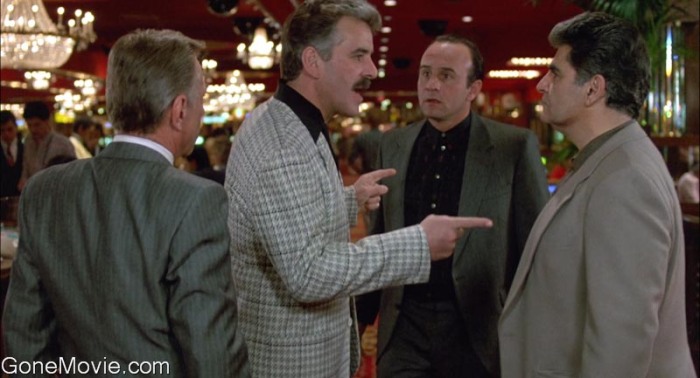 Iconic character Actor Dennis Farina plays the Chicago mobster who ran DeNiro out of town and wants Grodin dead….oh, and he is surrounded by two mob idiots….

Foul-mouthed Mobster Jimmy Serrano wants “The Duke” dead, and can’t stand it when his two incompetent hit men keep screwing up the job:

Jimmy Serrano: “You and that other dummy better start getting more personally involved in your work, or I’m gonna stab you through the heart with a fuckin’ pencil. Do you understand me?”
Tony Darvo: “You got it, Jimmy.”
(He hangs up the phone)
Joey: “Hey, Tony… he ain’t mad at me, is he?”

More on the late Dennis Farina in a moment…but first, another great acting performance by Joe Pantoliano as well!

Pantoliano is hilarious as Bail Bondsman Eddie Moscone, who needs “The Duke” back so he won’t have to pay the bond of a million dollars…and can’t understand why DeNiro and Grodin aren’t on their flight to LA…

WHAT THE FUCK IS GOING ON THERE?”

DeNiro finally gets so fed with Pantoliano’s yelling that he decides to take drastic action:

Jack Walsh: “Eddie, Eddie, I swear to God, don’t start with me or so help me, I will shoot him and dump him in a fuckin’ swamp!”

Jack then covers the phone, looks at Grodin and shakes his head silently at him – “not really!” It’s a great example of how funny DeNiro can be in a movie…remember “Are you a pothead, Focker?”

“Midnight Run” is a cult classic because it gets better with every viewing…the films is filled with classic one-liners, the chemistry between the two male leads is great, there are a number of fun action scenes, and as I said, you get peppered with a ton of memorable quotes, like this one:

“I’m just saying…if I WERE your Accountant”…

“Here Come Two Words For You: Shut The Fuck Up!”

The best parts of the film are when DeNiro and Grodin are bickering, such as the classic interchange when Grodin drives DeNiro crazy by not letting up on the bounty hunter’s personal life: 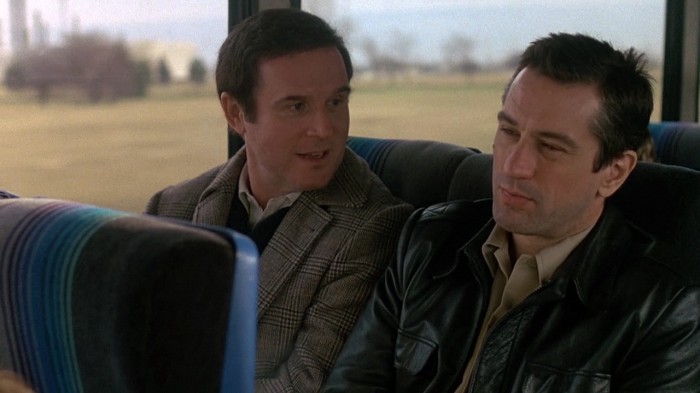 Jack Walsh: You’re goddamn right I am. Now here come two words for you: Shut the fuck up! 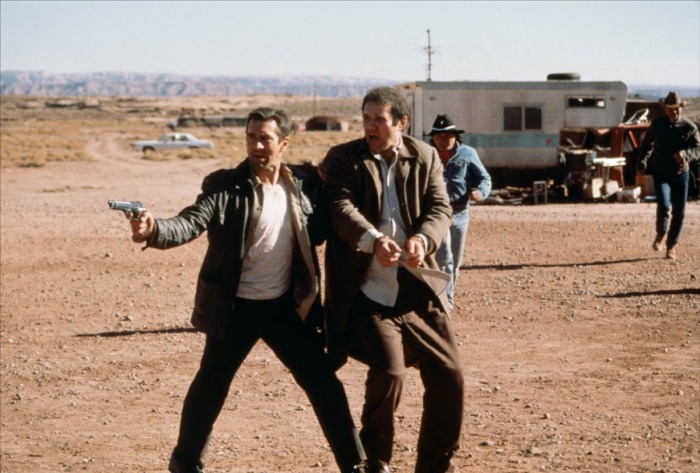 There is a terrific scene inside a train boxcar when De Niro and Grodin discuss whether or not they could ever really be friends. What’s amazing is, this scene was almost entirely improvised on set!

At one point, Grodin asks DeNiro:

“Have you ever had sex with a chicken?”

Grodin was told by director Martin Brest to come up with something that was guaranteed to make even Robert DeNiro laugh, and it sure did! But, when you watch the scene, you see DeNiro play off that dialogue with a great line of his own…

As I mentioned earlier Dennis Farina stars as the mob boss, and I was a huge fan of the late Actor, and he is terrific in “Midnight Run” as well. Farina shot all of his scenes in Las Vegas because he was also shooting the TV show “Crime Story” there at the same time.

Farina has this classic line in the film:

“You and that other dummy better start getting more personally involved in your work, or I’m gonna stab you through the heart with a fuckin’ pencil. Do you understand me?”

Here is a look at this great character Actor’s best roles:

Farina is just one more reason to “suffer from fistophobia” again soon! Let me know your favorite line from the film on this “cult movie Monday!” 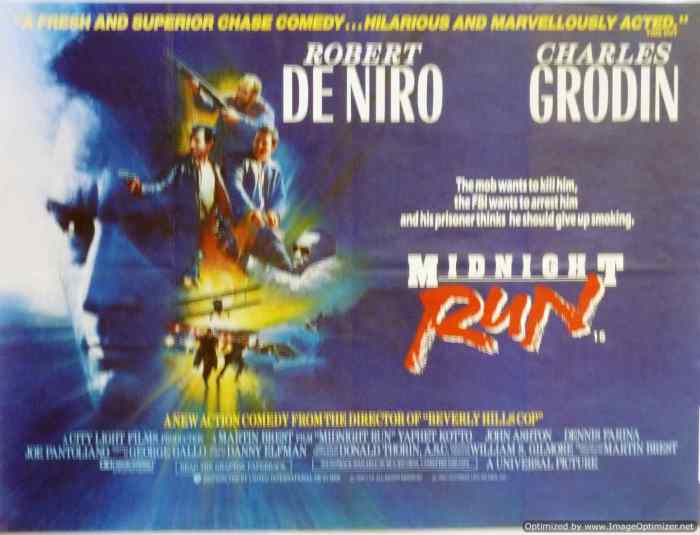 Like Loading...
‹ “Hitch Hiking” #11! Our Rattlesnake Encounter In Beverly Hills – Hiking Shocks And Hitchcock’s “Psycho”!
LA’s Best Burger? Maybe! Messiest? For Sure! Petit Trois And Their “Big Mec!” Plus Hollywood’s Most Unique Burgers! ›