“Recording that album was where we learned how songs become records. Our producer, the legendary Arif Mardin carefully crafted each song, every bit of nuance, bringing in the perfect players for the right moments. And it all worked together as one beautiful musical tapestry.”

— John Oates in an interview with Chris Epting.

That quote gives us some insight into a masterpiece from a very young Daryl Hall and John Oates!

Ready for this? Daryl Hall and John Oates released their second album, “Abandoned Luncheonette” 46 years ago!

That said, it’s still as fresh today as when it was released! My “Sunday Songs” will take a look at the album track by track, so let’s go! 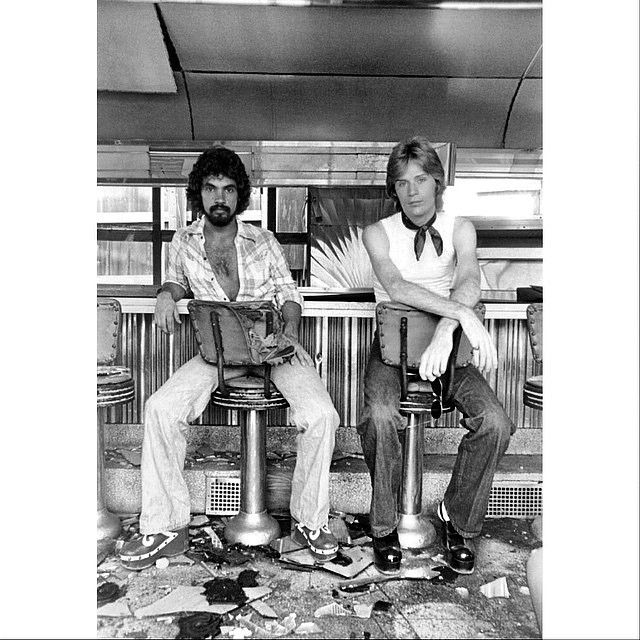 It took twenty-nine years after its release to be certified platinum (over one million copies sold), but it endures as one of their greatest albums ever…

The duo harmonize beautifully as you will see from this terrific acoustic live version of the song:

Neat up: “Had I Known You Better Then” written by John Oates, with his vocals dominating…

Here is a gorgeous version the two performed on “Live From Daryl’s House:” 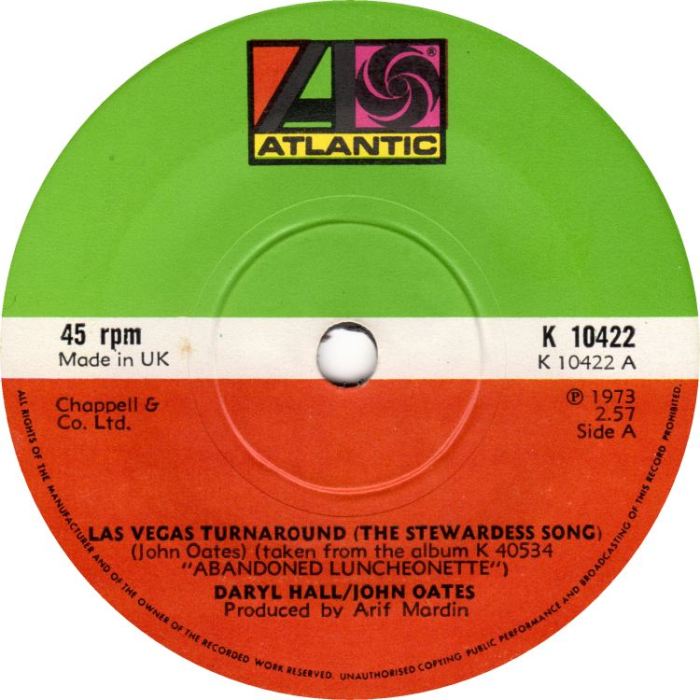 “Las Vegas Turnaround (The Stewardess Song)” is next, and here’s a fun fact:
although written by Oates, the song draws its inspiration from Daryl’s then-girlfriend and future songwriting collaborator Sara Allen, much as the later “Sara Smile” would.

Here is a great live performance from a few years ago in Sydney Australia:

Next up is the album’s greatest hit, although it didn’t become that for several years after it was released! 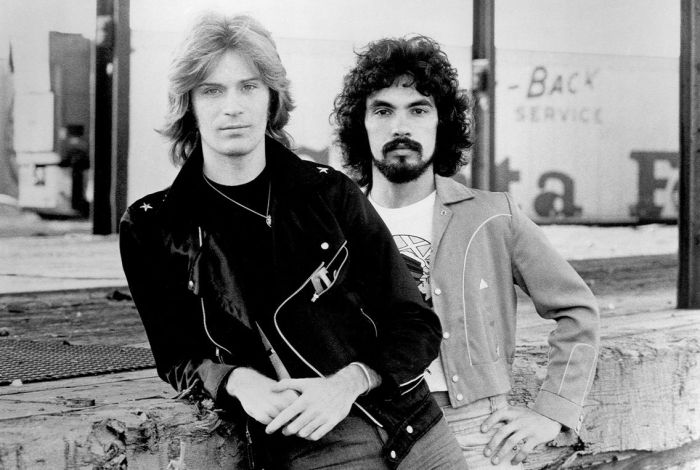 While an acknowledged H&O classic, the song wasn’t a single at first…it was several years later, as they were wrapping their Atlantic Records deal, that the song took off – and thanks to Daryl’s incredible vocals and the duo’s perfect harmonies, is now one of their most recognized songs:

My wife and I saw Daryl and John live in Los Angeles in september 2017, and here is their live version of this classic song:

The last song side one is from John, the quiet reflective “I’m Just a Kid (Don’t Make Me Feel Like a Man)”.

Side Two begins with the album’s title track “Abandoned Luncheonette”:

As with many of the songs on the album, their lyrics reflect regret and longing…interesting when you consider it’s only their second album.

Here is a phenomenal live performance from 1976:

Love the setting they create with such strong imagery…

“Day to day, to day… today
Then they were old, their lives wasted away
Month to month, year to year
They all run together
Time measured by the peeling of paint on the luncheonette wall…” 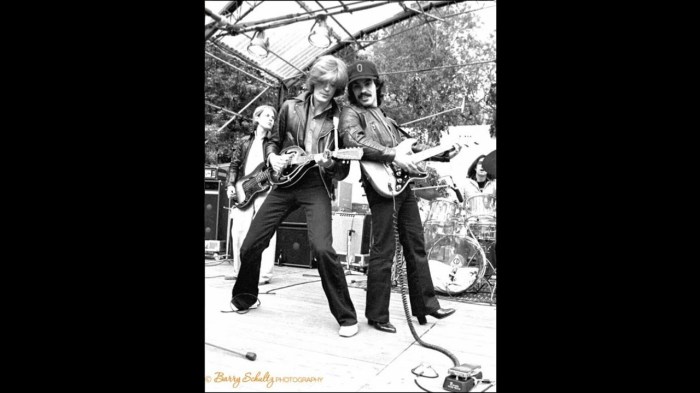 “Lady Rain” is next, by far the toughest sounding song on the album – an edge that would become much more pronounced on their next album “War Babies”…here’s a live version from “The Old Whistle Test” show from London in 1976:

“Laughing Boy” is next, and I found another great live performance by the duo – with a bonus: after this song, they go right into “I’m Just A Kid” so you get that as well!

“Everytime I Look At You” is the album’s finale, and longest song at more than seven minutes…and it’s hard-edged yet beautiful…and the only one I couldn’t find any video of, so here is the audio-only track from the album:

I love that song and how it wraps the entire album!

“the first indication of the duo’s talent for sleek, soul-inflected pop/rock”.

And what of the original “abandoned luncheonette?” Cultrera is the Author of:

You can see the story he posted about the real “abandoned luncheonette” here:

The diner on the album cover was formerly the Rosedale Diner, located in Pottstown, Pennsylvania. When it went out of business, its structure was dumped in a small wooded area located along Route 724 in Kenilworth, PA – and was finally demolished years later…but Larry captured a shot that will keep it alive forever!

So there’s a look at the terrific “Abandoned Luncheonette” album – I also took a look at some of my favorite “non-hits” from the duo, like this one:

If you enjoy these posts, why not subscribe and never miss out? It’s easy, and there are NO ads of any kind, just stuff I like – everything from music, to movies, travel food and more…click on the main page and “follow” me on the upper right…

Leave a comment about your favorite song on the album, and I leave you with this timeless shot of the duo by legendary photographer Mick Rock!