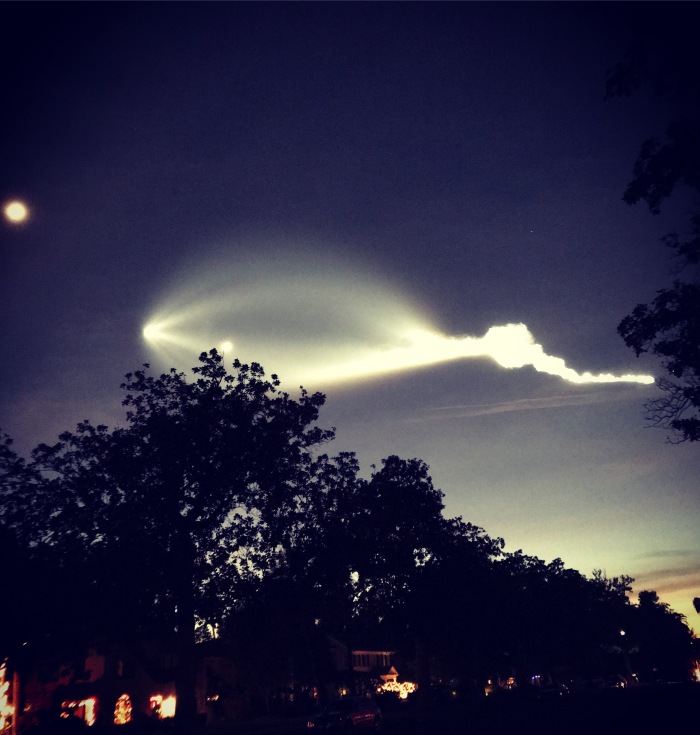 Southern California was buzzing tonight about this amazing scene high in the sky – I grabbed my camera and got this video of it:

It was the last Space X rocket launch – not sure if they warned anyone, but it sure caught us off guard!

As the Los Angeles Times reports:

“What was that in the skies above L.A. on Friday night that stopped traffic and sparked both alarm and curiosity?

It was a rocket.

SpaceX’s Falcon 9 rocket, launched from Vandenberg Air Force Base at 5:27 p.m., was carrying 10 satellites to low-Earth orbit. The satellites will be part of a constellation operated by Iridium Communications. All 10 satellites successfully deployed, with the last one deploying about 1 hour and 12 minutes after liftoff.

The rocket’s first stage was previously used during a mission in June.”

Let me know if you saw it!