OK, you might see that Paul isn’t looking too “Paul” in this picture, but I’ll explain why in a moment.

I love finding interesting trivia about Paul McCartney and Wings, and here are two songs that were “secret” to me until now!

In the 70’s, Wings released hit albums and toured the world many times over – but they also had time to write some songs for other people, in this case a “hidden” song on the great movie “Rock ‘n’ Roll High School!”

This raucous comedy from 1979 has a soundtrack that includes classic songs from The Ramones, Todd Rundgren, Devo and Alice Cooper – but it also includes a Wings song!

The romantic theme song heard under the credits, “Did We Meet Somewhere Before?” is sung by Paul McCartney and Wings.

“McCartney wrote it as the theme to ‘Heaven Can Wait’ (1978), but Warren Beatty decided not to use it. Allan Arkush, the director, then swung a deal whereby he was able to use the song for only $500 provided McCartney did not receive screen credit.”

See the track listed above on Paul’s never-released “Hot Hits Cold Kutz” outtakes compilation? Some of these songs have turned up on compilations and special edition releases, and even on these bootleg “cold cuts” compilations, but I’d never heard of this one until now.

Here is an audio-only track:

There are many of these “Cold Cut” compilations, but I’ve never come across any of them – but I did post a story about some of the songs that exist in this “bootleg” world – and the story of Paul’s plans to release this collection in the past – you can see those videos and story here:

I also recently heard another Wings song – used as a plot point in a film! 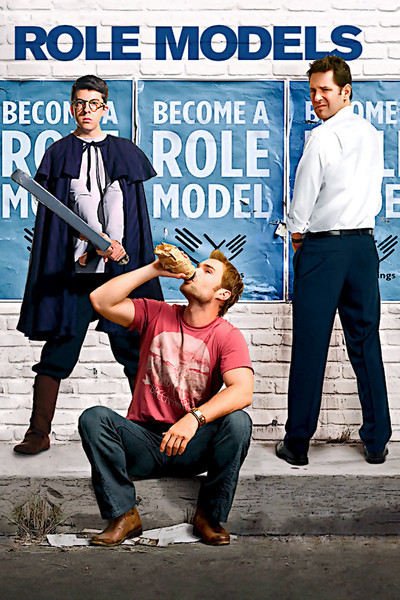 “Love Take Me Down” From “Role Models”!

Did you know that this great 2008 comedy has a Wings song in it?

A running gag in the film is a song entitled “Love Take Me Down (to the Streets)”, which is claimed by a camp counselor to be one of the many hit songs by Paul McCartney and Wings.

In the film, Paul Rudd and Sean William Scott meet a Counselor at the support group “Sturdy Wings” – you can see the logo…remind you of anything? 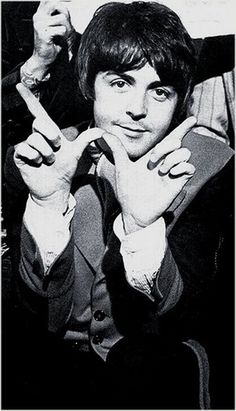 I love this movie, because it takes Paul McCartney and Wings and turns it into a running gag in the film. The counselor they meet starts singing a song as they wait for the meeting to begin – the song is called “Love Take Me Down (To The Streets)”.

Rudd immediately corrects him that it’s not a Paul McCartney and Wings song – “it’s not anyone’s song” he says, but he is ignored – here is a clip of that first scene, then a followup when they are all at camp and the Wings gag plays again:

I love that the movie has fun with a Wings song the guys know so well.

During the credits, the song is played again – and listed on the film soundtrack as being performed by “Not Wings.” The song was written by Charles Gansa, a composer who worked on the film, and A. D. Miles, who plays Martin in the film.

It was written to imitate the style of Wings – and is actually performed by Joey Curatolo, a Paul McCartney “soundalike” from the Beatles tribute band Rain.

So there you go, an obscure Wings song – and one that’s “fake Macca”.

I have also posted about a lot of songs written by Paul that were given to other Artists: 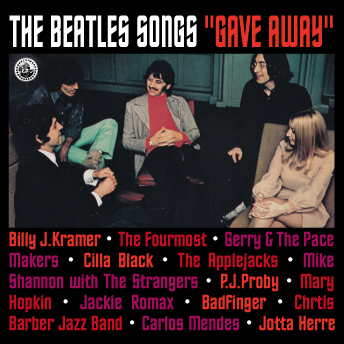 Some were minor pop tunes, a few classic songs – see them here:

Let me know if you’ve seen these Wings songs on the silver screen! 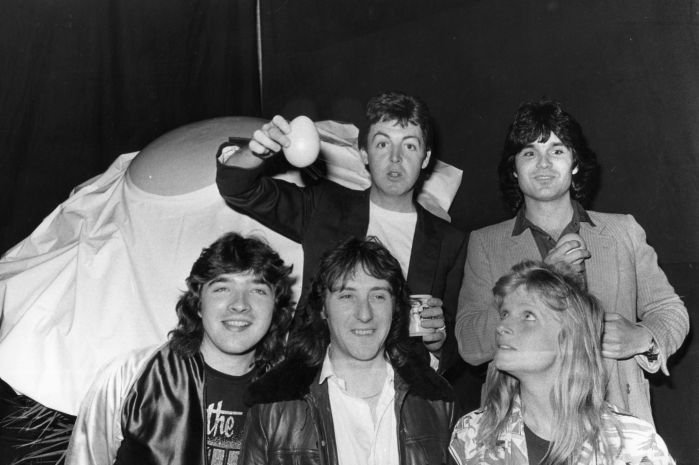 Wings, the pop group formed by ex-Beatle Paul McCartney are at Abbey Road Studio, London, for the release of their new album ‘Back To The Egg’. On the front row, left to right are: Steve Holly, Denny Laine and Linda McCartney (1941 – 1998). Paul McCartney and Laurence Juber are standing at the back. Original Publication: People Disc – HK0487 (Photo by Evening Standard/Getty Images)