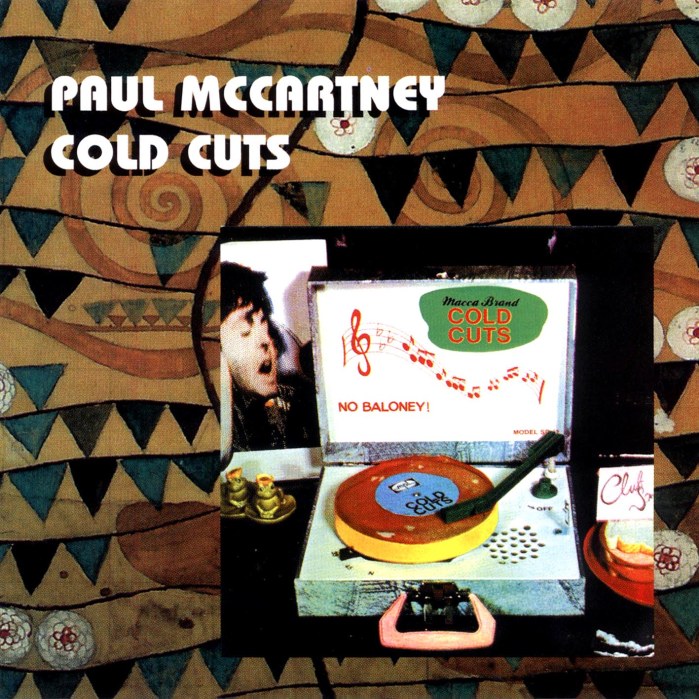 I know that Macca fans love to hear those words, but this is actually an album that never was, and only lives on in Paul McCartney’s world of bootlegs and bonus cuts on official CD releases! 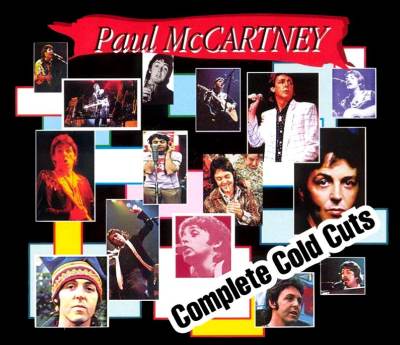 “Cold Cuts” is Paul McCartney’s album that never was! Here is the story: in the 70’s, Macca was going to include outtakes and singles recorded but never released on any of his albums. According to wikipedia, the album was originally planned to be released in 1975 and McCartney revisited the project several times over the years until it was abandoned permanently in the late 1980s.

The songs on the album were recorded during his early solo career, beginning with his first single after leaving The Beatles. It also includes material he recorded with Wings in the 1970s and 1980s, and this project has also been referred to as “Hot Hits & Cold Cuts!”

Beatles fans know that the band was known for releasing songs between albums, and these singles were never included on the next record! 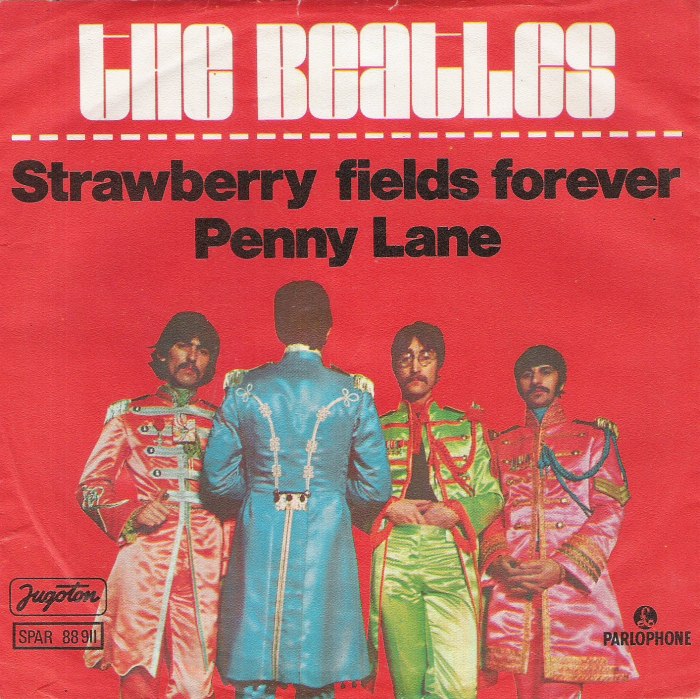 Did you know that “Strawberry Fields Forever” was the first track recorded during the sessions for the Beatles’ “Sgt. Pepper’s Lonely Hearts Club Band”? The song was supposed to be on the album. Instead, with the group under record-company pressure to release a single, it was issued in February 1967 as a double A-side with “Penny Lane”. So two of The Beatles’ most classic songs were left off their classic album!

So one of music’s greatest achievements would have been even greater! Ultimately, the songs were added to the “Magical Mystery Tour” soundtrack, and the remaining Beatles singles were compiled on the “Hey Jude” album…and McCartney continued the tradition! 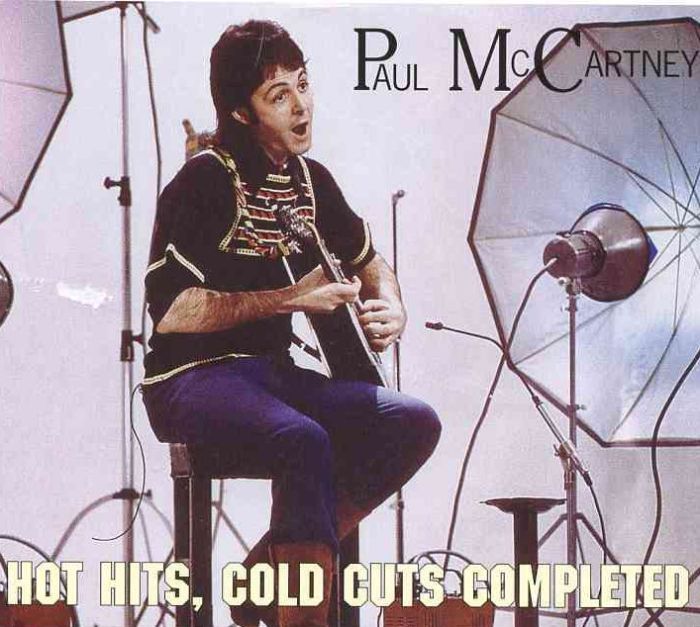 Paul McCartney released singles int he early 70’s without ever including them on albums…and it began as soon as he went solo, with these two classic songs, among his best ever:

Although it was the first single of McCartney’s solo career, “Another Day” was written and previewed during the Beatles’ “Let It Be” recording sessions in 1969. It was released in 1971, with “Oh Woman, Oh Why” as the B-side.

Here is a live clip from 2013 when Paul performed “Another Day” as well as The Beatles classic “And I Love Her”…this is one of his greatest solo songs, and his voice is flawless…

Paul also continued a tradition of having terrific b-sides as well – in this case, “Oh Woman, Oh Why” was one of Paul’s crunchiest rockers…

The Story Of “Cold Cuts!”

McCartney began work on the album during Wings’ recording sessions in Nashville, Tennessee in July 1974, recording several new songs and overdubbing some previously unused tracks. The album was slated for release in 1975 but that never happened.

So what could have been on “Cold Cuts”? Most importantly, it could have been a compilation of all of Macca’s singles he released in the early 70’s that never ended up on any albums, like these!

“Give Ireland Back to the Irish” is a song written by Paul and Linda McCartney in response to the events of Bloody Sunday in Northern Ireland on January 30, 1972. Paul, Linda and Wings recorded this song the next day at Abbey Road, and it was released as Wings’ debut single on February 25.

Paul recorded the band’s rehearsal of the song. Here is that performance!

The song was banned by the BBC, because it was too political for the time. Based on this controversy, and as a response, Paul recorded a nursery rhyme next! 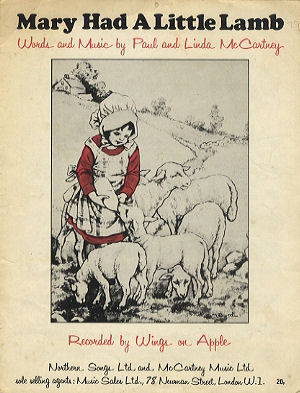 “Mary Had A Little Lamb”

Wings quickly released this as a single, and at the time, McCartney claimed it was written in response to the BBC ban on “Give Ireland Back to the Irish”

McCartney has since denied this, asserting that it was a serious effort to write a rock song for children, who he felt were being tragically overlooked by the music industry!

Here’s a great performance from The Flip Wilson Show!

Paul jumped right back into controversy with his next single!

Paul Gets Banned For Dirty/Drug Lyrics!

“Hi Hi Hi” was the band’s next single, a raucous rocker that was immediately banned by the BBC for its sexually suggestive lyrics!

The BBC assumed that the title phrase, “We’re gonna get hi, hi, hi” was a drug reference, and they also objected to the lyrics “get you ready for my body gun”; McCartney has said that the correct lyrics are “get you ready for my polygon”, an abstract image, and later said, “The BBC got some of the words wrong. But I suppose it is a bit of a dirty song if sex is dirty and naughty. I was in a sensuous mood in Spain when I wrote it.”

Here is a version of this great single: 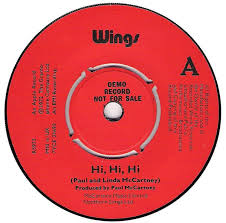 McCartney settled down and began releasing a series of catchy, non-controversial hit songs to satisfy fans between albums…

Arguably Paul’s most famous “single” never released to an album…”Junior’s Farm” is a great rocker with the band helping him out…and here is a great live version with the band at Abbey Road in 1974:

Another great rocker was this gem: 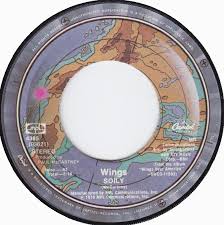 “Soily” was another never-released gem that Paul finally included as a live version on “Wings Across America” – here is a great version:

Another unreleased gem was called “The Mess” – it was finally released as a live recording from the 1972 “Wings Over Europe” Tour. It was previously released as the B-side of “My Love”. The version the we are hearing is a studio version taken from the sessions of Red Rose Speedway of 1972.

And now, the biggest hit of Wings’ career was never put on an album!

The story of “Mull Of Kintyre” is fascinating – a melodic fold song about an idyllic place in Scotland, and it became Wings’ biggest hit of all time! Read all about it and see the beautiful music video here:

In 1981, McCartney and Wings recorded additional overdubs for the unreleased tracks with the album, now titled “Hot Hitz and Kold Kutz”, slated for release in early 1981. However, according to wikipedia, Columbia Records was not interested in releasing an album of outtakes and the album was shelved.

“Kicked Around No More”

In the 90’s, Paul released his “Off The Ground” album, and lots of unreleased songs bubbled up as well, including this great song, audio only:

Here is the track list of one of many bootlegs that have been released…note that most of these songs are unreleased tracks, while I have focused on songs that were released as singles or b-sides, but not on albums…

There is such a wealth of great McCartney material, some never officially released, some released only as singles…including the great James Bond song of all time: 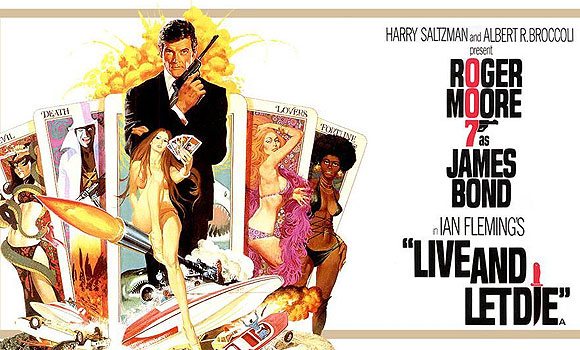 Read all about the best and WORST James Bond songs of all time by clicking on my story here: 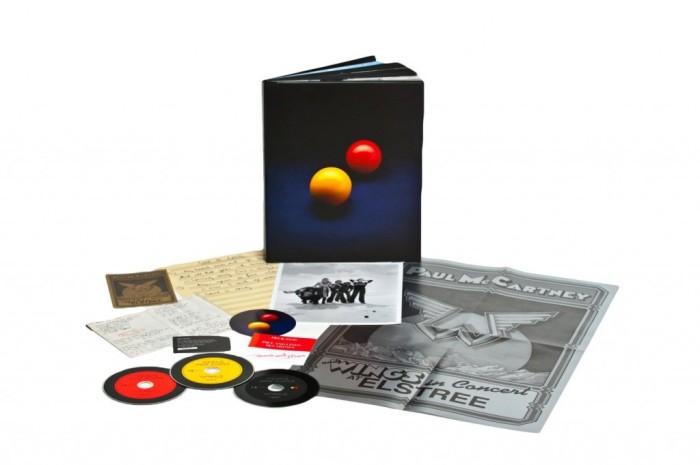 Hear some of McCartney’s greatest outtakes on “Venus And Mars” by clicking here:

And of course, one of my all-time favorite McCarney albums is “Ram 2″…

Yes, there COULD have been a “Ram 2!” Read all about the album that could have been by clicking here:

And let me know your favorite non-album single from Paul McCartney!