Political Chaos 2016! “Network” And “Broadcast News” Nailed It! “This Town” Confirms The Shenanigans!

This quote sums up the 2016 US presidential election to date. It’s from a movie that imagined the world of television news as something too powerful, too influential – an institution that was changing into the soap opera it was documenting:

Shouting, insults, outrageous claims – and yes, “sex and tears” as well – this political season has been more chaotic than ever – and the yelling and screaming are what’s getting all the headlines, rather than the serious topics impacting the country! As Holly Hunter said in “Broadcast News”, to an audience of bored journalists who applauded footage of the world’s largest domino set – while a nuclear peace treaty debate was ignored by all three networks:

Here are two films that accurately forecasted the chaotic political coverage of today:

William Hurt, Holly Hunter and Albert Brooks star in this terrific film. This movie takes an incisive look at the changing world of television News.

Here is the trailer for this Oscar-nominated film:

Albert Brooks plays a bitter network News Reporter who watches as Tom Grunick, played by William Hurt, gets promoted based solely on his looks.

The best dialogue – in a film full of great dialogue – is when Brooks explains to Holly Hunter who he thinks handsome Anchorman Tom Grunick really is:

“I believe that Tom, while a very nice guy, is the Devil…what do you think the Devil is going to look like if he’s around? Nobody is going to be taken in if he has a long, red, pointy tail. No. I’m semi-serious here. He will look attractive and he will be nice and helpful and he will get a job where he influences a great God-fearing nation and he will never do an evil thing… he will just bit by little bit lower standards where they are important. Just coax along flash over substance… Just a tiny bit. And he will talk about all of us really being salesmen.

After this heartfelt, serious critique of the universal decline of broadcast news standards, Brooks finishes with a line that is even more telling:

“And he’ll get all the great women.”

Sound familiar amid the political discourse of 2016? 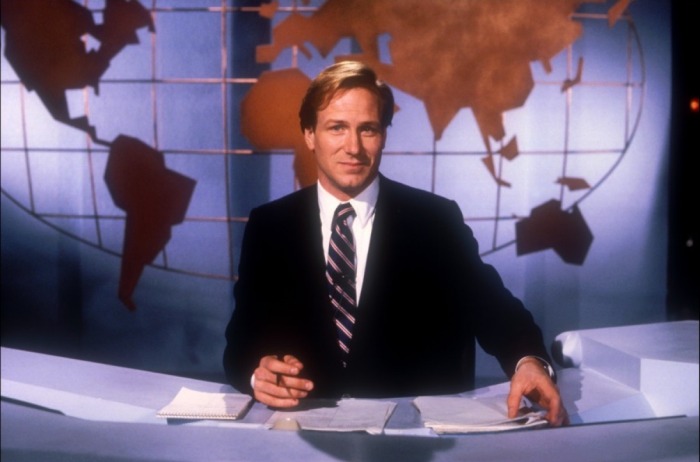 The Future Is Here!

I watch the current presidential election with a mixture of sadness and fascination – books will be written dissecting what happened to American politics in 2016. The political climate this year is close to toxic, a sideshow where serious issues are tossed aside in exchange for yelling, insults and sexual innuendo.

I Don’t Blame The Candidates!

This post isn’t about a specific political view, or about any one Candidate – this is about how non-stop cable television coverage has influenced how we get our news. After all, TV is about ratings. Donald Trump gets ratings. Yelling and insulting each other gets viewers. So, in our business, when your show gets a number, you order more episodes! 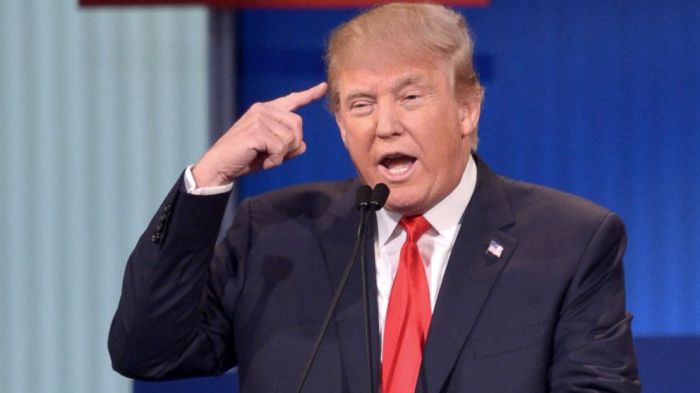 I do NOT blame the candidates. No matter how you feel about their actions, their accusations or their integrity, we have the ultimate choice – DON’T VOTE FOR THEM.

Our past is littered with presidential campaigns that have gotten down and dirty – but today’s media atmosphere lets the world hear everything live! 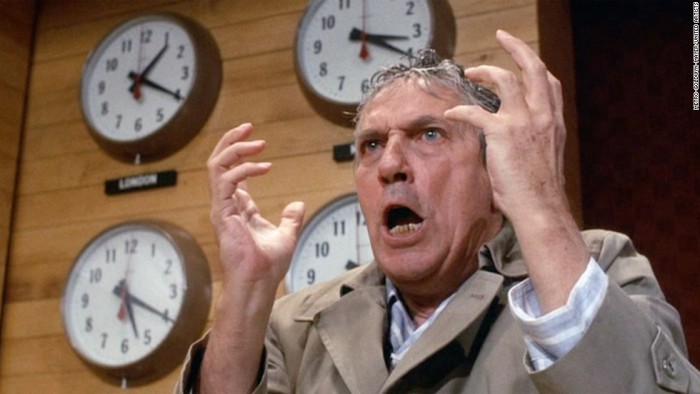 “I want you to get up right now and go to the window. Open it, and stick your head out, and yell, ‘I’M AS MAD AS HELL, AND I’M NOT GOING TO TAKE THIS ANYMORE!'”

This brilliant indictment of television news was Oscar-nominated for Best Picture in 1976 – with an oscar-winning script by Paddy Cheyefky that saw the sordid future of TV – which has come true.

Here are the opening lines of the movie:

“This story is about Howard Beale, who was the news anchorman on UBS TV. In his time, Howard Beale had been a mandarin of television, the grand old man of news, with a HUT rating of 16 and a 28 audience share. In 1969, however, his fortunes began to decline. He fell to a 22 share. The following year, his wife died, and he was left a childless widower with an 8 rating and a 12 share. He became morose and isolated, began to drink heavily, and on September 22, 1975, he was fired, effective in two weeks. The news was broken to him by Max Schumacher, who was the president of the news division at UBS. The two old friends got properly pissed.”

This is a brilliant dissection of a business just waiting to be perverted by greed, money – and ratings.

Take a look at the trailer:

The movie won a slew of Oscars in 1976, including Peter Finch as Best Actor – his nomination and award were posthumous. Finch became the first posthumous winner in an acting category. Faye Dunaway won Best Actress, leading to this legendary photo the next morning.

Best Actress in a Supporting Role went to Beatrice Straight. Best Writing, Screenplay Written Directly for the Screen was awarded to the brilliant Paddy Chayefsky.

Watching this movie again, and seeing how network news is imagined with live horoscope readings and much more, only makes me wonder what Chayefsky would think if he was with us today.

And if you want to imagine a world where just the act of being on television makes you a star, then look no further than here: 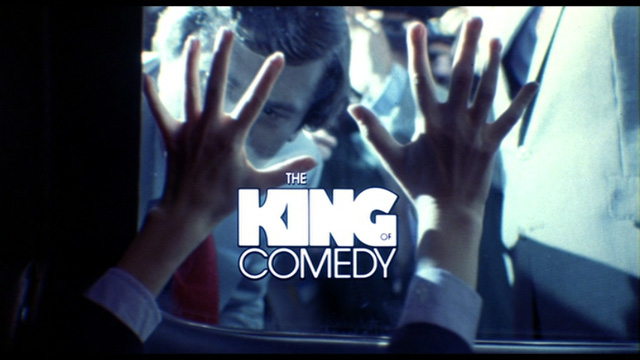 Finally, the real world of politics has changed as much as television has in the last thirty years:

This brilliant book takes you inside the world of Washington DC to show how the “business of politics” runs – read about it here:

Let me know what you think!