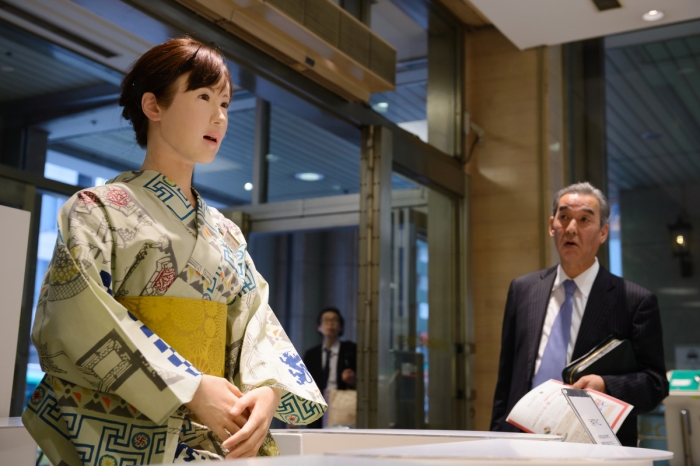 “Excuse Me, Are You Human?”

In Japan, careful who you ask that question to! According to Bloomberg News, there’s a new “robot revolution” underway!

Here’s the headline from Bloomberg: “A new greeter at the entrance of the Mitsukoshi department store in central Tokyo has caused a stir. The worker, dressed in a kimono and cheerfully welcoming shoppers in honorific Japanese, is a robot made by Toshiba and shows how lifelike these machines can be.”

It’s all part of Japan’s rush into robotics! I’ve got a lot of examples to share, because there are so many “human Robot” developments underway, like this fashion robot now appearing in Japan:

I can’t wait to head back to Tokyo to be greeted by one!

As you can see, the race to “robotize the world” is on! Oh, and one more thing:

Here Are Some Important Instructions For You! 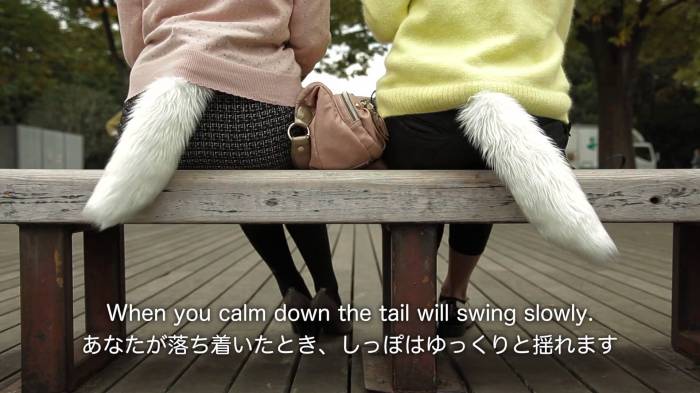 There are times when there really isn’t much to say except this: Japan has come up with a brain-controlled mechanical tail!

Big thanks to the Japanese company “Neurowear”, best known as the company that created the cat ears controlled with your mind….yes, YOUR MIND!

Now, the company has gone one better: they’ve created an artificial tail that wags according to the emotional state of the user! 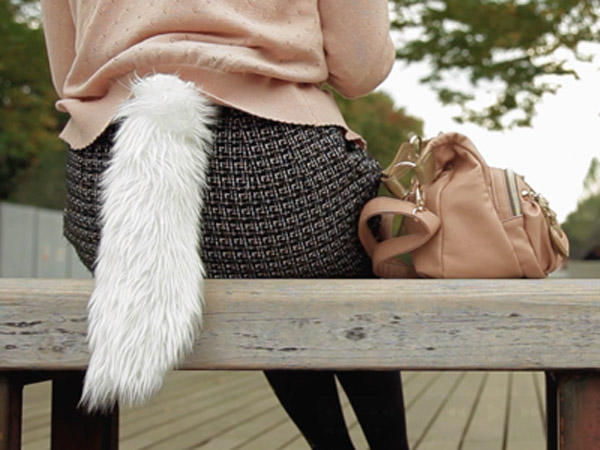 According to Neurowear, your mood is read by an app, which also tags your location and shared via Facebook or Twitter. This enables you and your friends to search for places those fellow Shippo wearers have found relaxing. To use Shippo, wearers must also use the brain wave reader, along with a heart rate monitor that can be clipped to the user’s ear lobe – talk about plugged into technology!

According to a website, the tail will wag based on your brainwaves, and it is also able to geotag places according to the “happiness level” of the user, as the video explains it very well:

By the way, here are those “brain-controlled cat ears” in case you want some of them as well! How did I miss these?

This is genius: you attach these ears and control them with your mind. And of course, there is a video:

This is why I love Japan – they are always innovating!

Here is a great website to check out – a guy who documents his life in Japan – he’s got an ongoing collection of fun stuff to share…check it out and wag your
tail!

http://www.kirainet.com/english/ – “A Geek In Japan”

And if mechanical tails aren’t enough for you, then check out Japan’s latest news technology – the Robot News Anchor!

While it might look like just another news update, this News Anchor has a secret: she’s a Robot!

When President Obama visited Japan, he was introduced to one of their newest Robots – the story was seen on newscasts around the world…and in Japan, this robot story was covered by Robots!

The News Robot Is Here!

An amazing new exhibition in Japan introduced the News Anchor of the future!

Miraikan in Odaiba has an exhibition showcasing the latest innovations in humanoid robotics. The exhibition features a number of robots, including Professor Hiroshi Ishiguro’s newest androids!

Japan’s National Museum of Emerging Science and Innovation has opened an exhibit on humanoid robotics. These “Anchorbots” will deliver news updates to all visitors in several languages!

Here is the amazing video:

It’s another big step forward in robot technology – so if you are in Japan, check out these “Anchorbots”!

And while you are there, don’t forget THESE Robots! 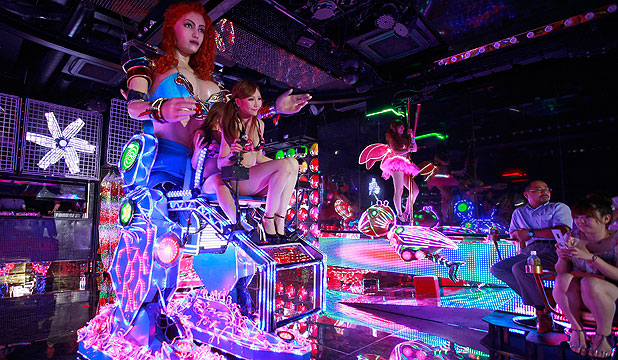 But Robots are for more than News and Booze – they are also for serving food!

Yes, in China there are restaurants that have Robots serving your food! See the entire story by clicking on HERE:

And of course, you can read all about China’s Robot restaurants by clicking HERE!

And if you don’t want to ever miss your favorite News Anchor, the answer in Japan is simple – clone them! 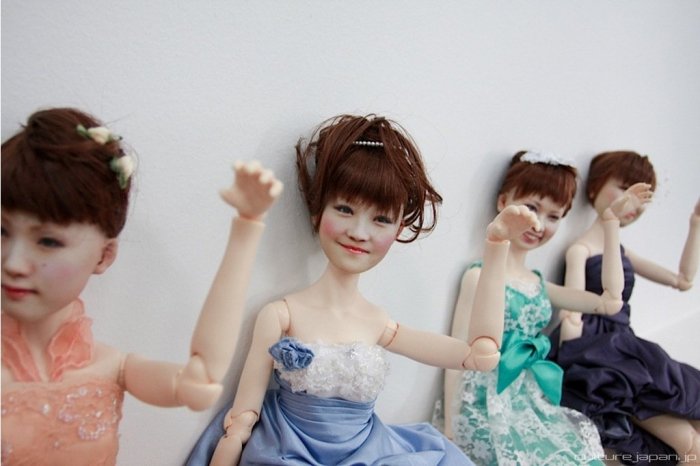 The Future Is Now – And It’s Cloned!

I have covered many unique aspects of japanese life, but this is the craziest ever! People are going through a process by which their cloned image is being put on – well – everything!

First of all, a special thanks to Chris Gore, who shared a story about this online! That led me to several fascinating articles about this new trend!

Time To Get Cloned!

According to one story, the cloning service is popular among Japanese women looking to preserve a special moment in their life – such as their wedding day, by cloning the hair & makeup – and even the dress they wore!

Oh, you can do the same thing for your animals too! And when you do, someone will take a picture of it, and that picture will look LIKE THIS!

This is quite a disturbing, fascinating new trend – I find the pictures to be unsettling yet impossible to look away from! If you need to see all of the detail on how it works – and you do –

There is one enterprising young man who has decided to jump into human cloning with both dancing feet!

Danny Choo Is Doing It Too!

We shot with Danny Choo once in Tokyo – he’s known as the “Dancing Stormtrooper” – and can be seen in the Shibuya district of Tokyo – here he is dancing with Olivia Munn and Kevin Pereira when we filmed a story there:

Danny has posted an in-depth story about the entire process – it’s fascinating – click on the link to see it! 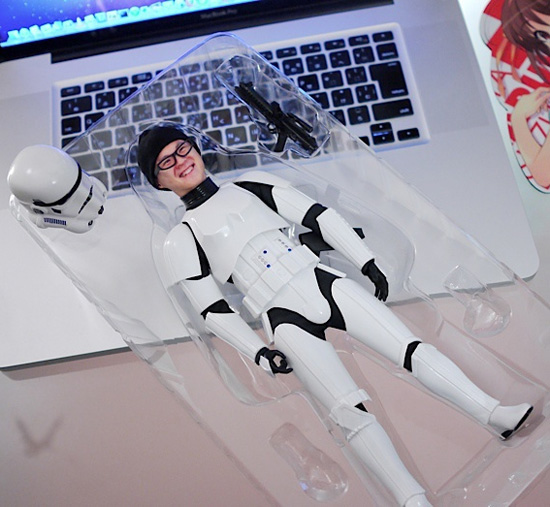 It is clear that technology doesn’t stop – and here is the proof!

So there you have it, the latest in Japanese technology – and it’s nothing to shake your tail at!