James Franco’s “Disaster Artist” Tells The Inside Story Of Tommy Wiseau’s “The Room!”

“You Are Tearing Me Apart, Lisa!” It’s one of the most iconic lines in film history…and it was uttered, with an amazing intensity, by Tommy Wiseau…in one of cinema’s strangest success stories!

Yes, let’s take a moment to behold the majesty of…”The Room.” This 2003 cult film is a movie sensation – I’ll explain more in a moment – and now, James Franco portrays Wiseau in a film that tells the story of how “The Room” came to be! 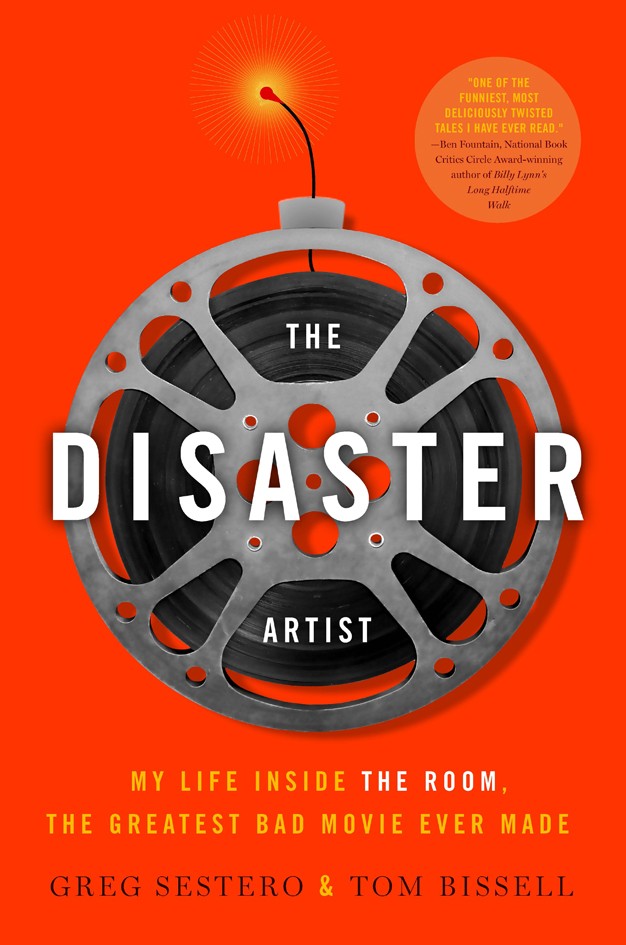 This terrific book was written by Greg Sestero, who was a friend of Tommy Wiseau’s – and a co-star in the movie…his “tell all” book was made into a movie by James Franco playing the leading role! 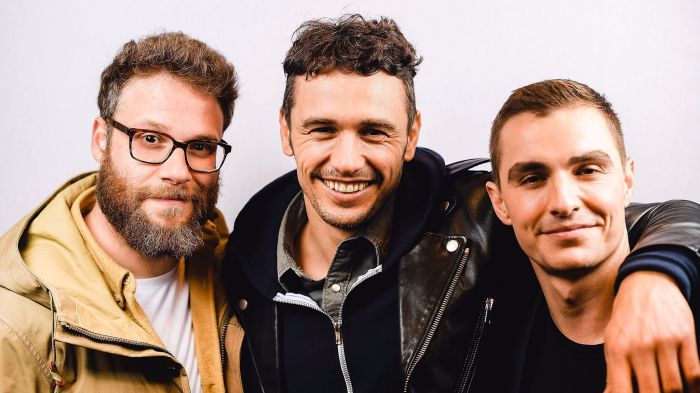 “The Room” has become a phenomenon, and the book tells the inside story of how Sister met Tommy, their friendship, the making of the film AND the fallout afterwards…and guess what? Wiseau was at the SXSW screening!

I cannot wait to see this movie, and here’s why: “The Room” is one of the wildest movies you will ever see – and a huge hit as well!

It routinely plays all across the country as a “midnight movie” offering…with audience participation much like that “other” midnight cult classic:

“The Rocky Horror Picture Show” flopped when it was originally released, but has since become a cultural phenomenon….and now “The Room” has followed in its footsteps…Tommy Wiseau’s seductive gaze and all…

“The Room” was written by Tommy Wiseau, directed by Tommy Wiseau and stars Tommy Wiseau…it is widely regarded as the worst film ever made…and its popularity grows by the year….more on that in a moment, but first, a quick recap on the movie:

Tommy Wiseau stars as “Johnny”, a successful banker who lives happily in a San Francisco townhouse with his fiancé, Lisa.

“You Are Tearing Me Apart, Lisa!” 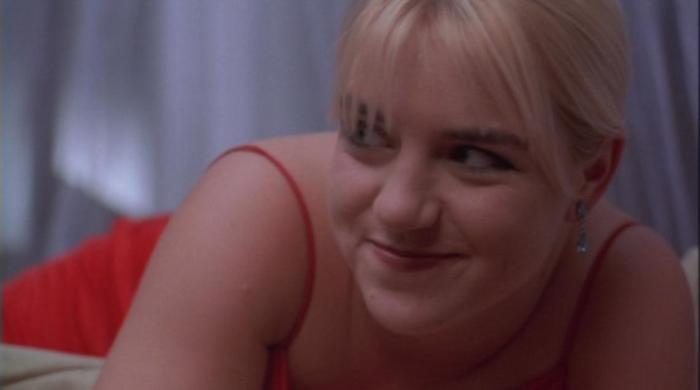 One day, Lisa decides to seduce Johnny’s best friend, Mark. From there, nothing will be the same again…and yes, THIS IS MARK… 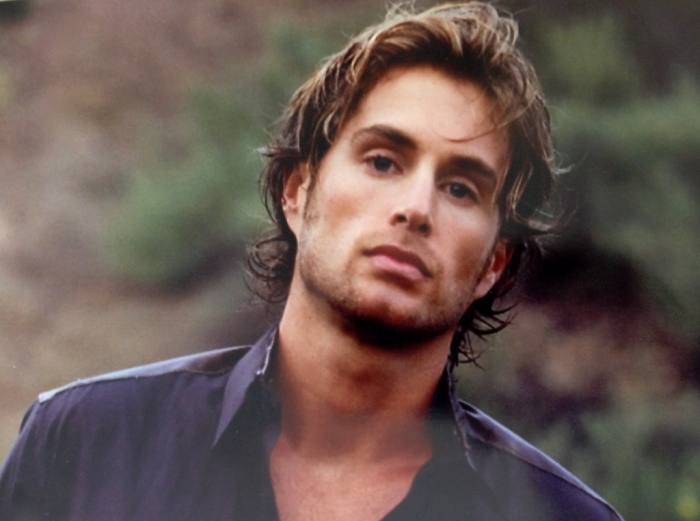 After enjoying all that “The Room” is, you’ve had a few questions – including this very important one:

“Where did this movie come from and how did it get out?”

And now, all of your questions will be answered! That’s right, the story of the making of this classic film is here – as the Actor who plays “Mark” in the film has the whole story!

The Disaster Artist: My Life Inside The Room, the Greatest Bad Movie Ever Made Hardcover
by Greg Sestero and Tom Bissell

This is a GREAT insider’s look at the movie industry, and the offbeat characters who seek fame and fortune – and in this case, got it!

You see, “Mark” from the movie is Greg Sestero, who had an insider’s look at the making of “The Room!” He was the film’s Line Producer as well!

Here are excerpts from a review by David Pitt that was posted on “The Booklist”, which is used on the Amazon product page:

“The Room”, a 2003 film written, directed, and starring the inscrutable Tommy Wiseau, was massively and enthusiastically lambasted by critics, proclaimed by some as the worst movie ever made. “The Disaster Artist” Co-Author Greg Sestero, who starred in “The Room”, teams up with magazine journalist Bissell (who previously wrote about the movie in Harper’s) to walk us through the unpredictable, confusing, and—it must be admitted—wildly incompetent production of Wiseau’s vanity project.

This is a making-of book like no other, the day-to-day story about the filming of a movie that everyone involved with it, except its creator, knew was awful. But it’s also the story of a very interesting friendship between Sestero and Wiseau (who knew each other for several years before The Room), and the story of an enigmatic and incredibly self-absorbed man who, in making his film, seemed to be trying to exorcise a troubled past and build an entirely new version of himself.

Wiseau, for all his eccentricities, comes off as a sympathetic fellow, someone we, like Sestero, can’t help rooting for. The Room has become a cult fave, and this book goes a long way toward explaining how and why.

Great write up for a terrific memoir!

And of course, it’s all about THE MOVIE…let’s begin with the trailer!

As you can see from the trailer, this is a classic, as much of the film is filled with dialogue like this:

Lisa: Do you want me to order a pizza?
Johnny: Whatever, I don’t care.
Lisa: I already ordered a pizza.
Johnny: You think about everything, ha ha ha. 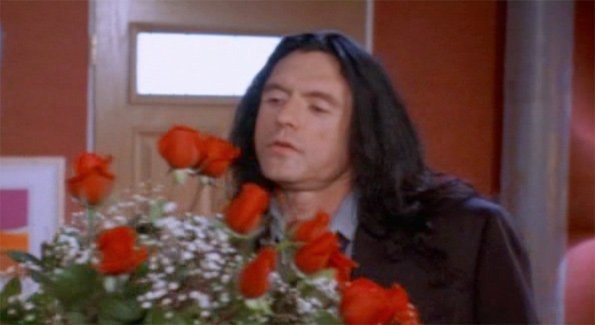 The movie has been honored by film buffs in many ways online, including this poster designed by a Wiseau fan: 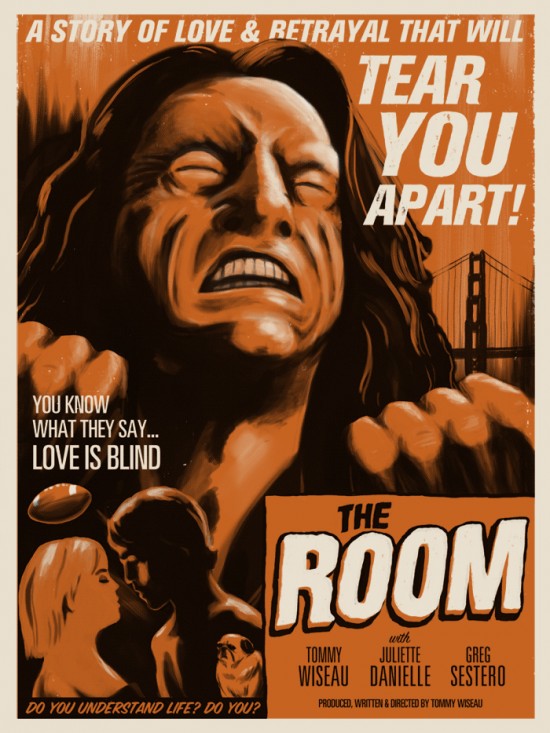 Greg Sestero has written a terrific, affectionate look at “The Room.” Sestero, who stars as “Mark”, was originally hired as a line producer. But when the original actor cast as Mark quit the film, Wiseau persuaded Sestero to take over the role.

According to Sestero, he at first turned the role down because the love scene made him uncomfortable. He explains that this is why he is wearing jeans during that scene.

And of course, clips of the movie are on youtube…like these clips:

Fans have posted artwork highlighting many of the film’s greatest one-liners, but I find this discussion even better! 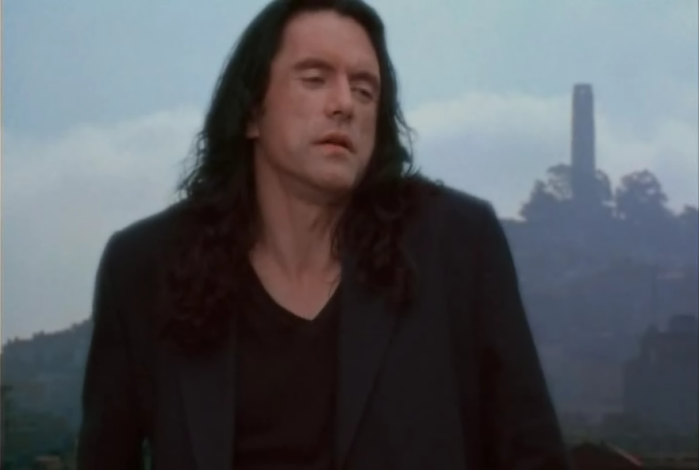 Peter: Speaking of which, how did you meet Lisa? You never told us.

Johnny: Oh, that’s very interesting story, when I moved to San Francisco with two suitcases and I didn’t know anyone, and I have, I hit YMCA with a $2000 check that I couldn’t cash.

Johnny: Well, because it was an out of state bank. Anyway, I was working as a busboy in hotel, and uh, um, she was sitting, drinking her coffee, and she was so beautiful, and I say hi to her, and that’s how we met.

Mark: So, I mean, what’s the interesting part?

Johnny: Well, the interesting part is that on our first date, she paid for dinner.

OK then, how can you argue with a scene like that?

Along with a continuing presence at midnight screenings across the country, “The Room” is also available on an elaborate Blu-ray – which has additional special features like behind the scenes footage, scene selection, trailers, deleted scenes, photo gallery and interviews!

So there you go: many different ways to enjoy – and in fact – be consumed by the wonder of “The Room!” So buy the blu-ray AND the book and make someone very happy this holiday!

Leave a comment and let me know what you think, and congrats to Greg Sestero and Tom Bissell!