Want to see some classic horror films? Well, I have I got a treat for you! Check out these three posters for some of the greatest movies ever made! 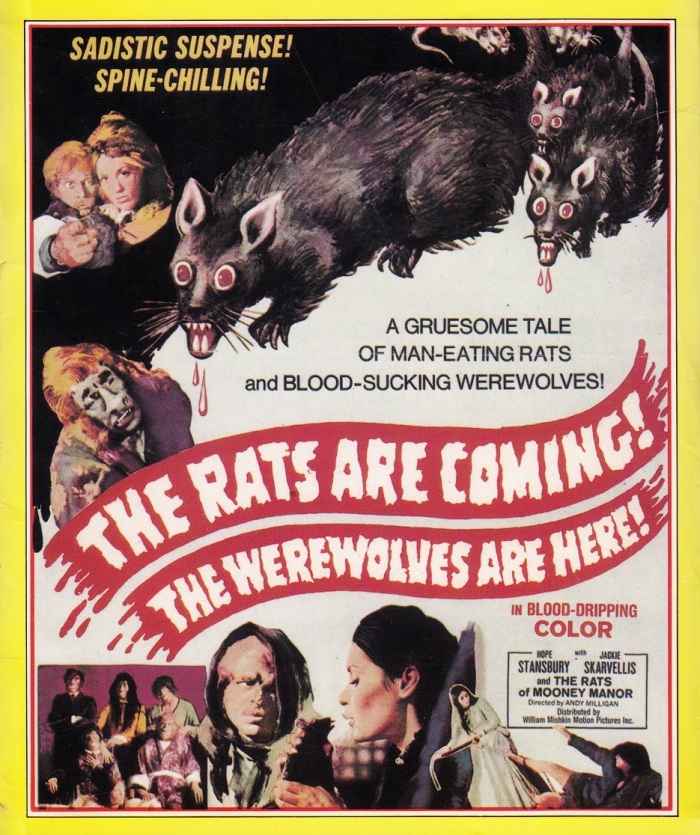 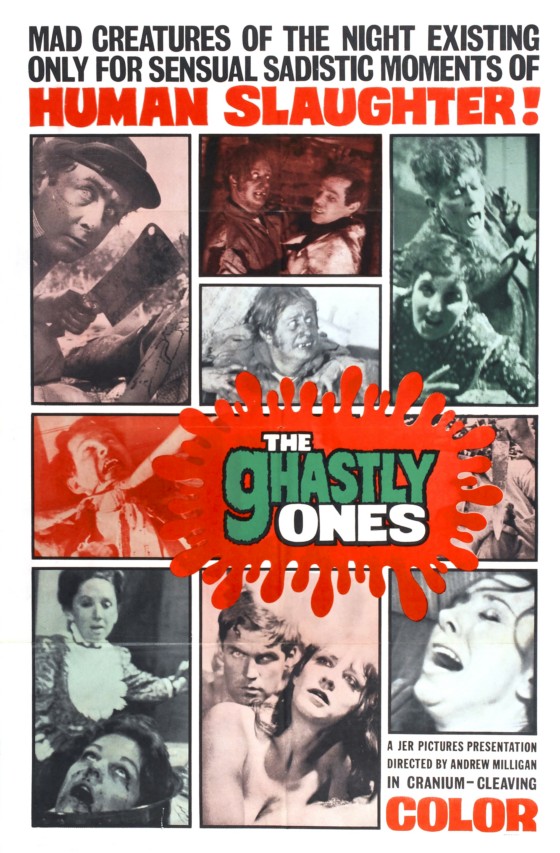 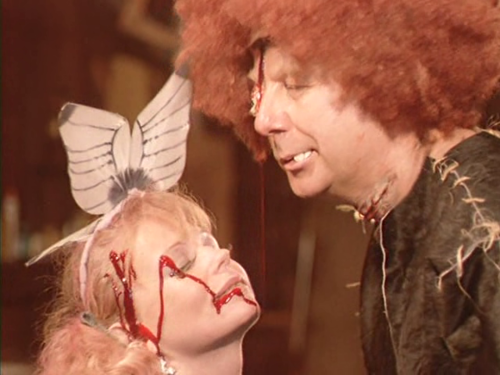 Dusty Cole: How’s your mother?
Cherry Lane: She threw me out. I guess she got tired of me using all her hairspray.

And with that, let’s begin a trip through some of the wildest, cheapest and WORST films ever made – from a Director so fascinating that the acclaimed Director of the recent indie hit “Drive” – starring Ryan Gosling – bought up all his old films!

So much to get to, and wait until you read about the film that one viewer called:

Meet Andy Milligan, a fascinating Director of some of the WORST films ever made – as well as the cheapest – I mean CHEAP – but whose career rode a small wave of sexploitation for a few years…it’s a great story of the early days of sexploitation! 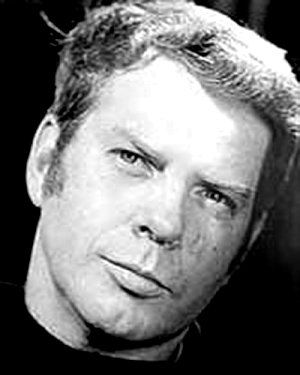 The Critics Weigh In With Raves!

If you don’t know Andy Milligan, here’s a great line for you – it’s Michael Weldon’s choice riposte from “The Psychotronic Encyclopedia of Film” where he declared,

“If you’re an Andy Milligan fan, there’s no hope for you.”

While the posters were classic grindhouse “come ons”, his movies were appallingly shot, often ludicrously plotted shock films – but that’s what played in 42nd Street grind houses, drive-ins and avant-garde film festivals in the late 60’s and 70’s… 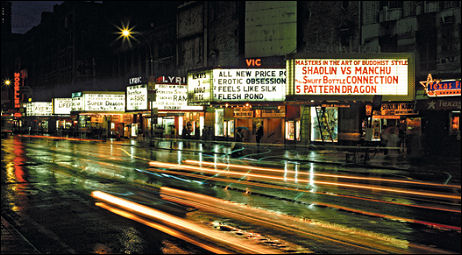 In those days, 42nd street was full of sleazy, rundown movie theaters that stayed open all night long – they needed ANYTHING to show on screen, and Milligan’s film were cheap and as low-rent as the theater…. 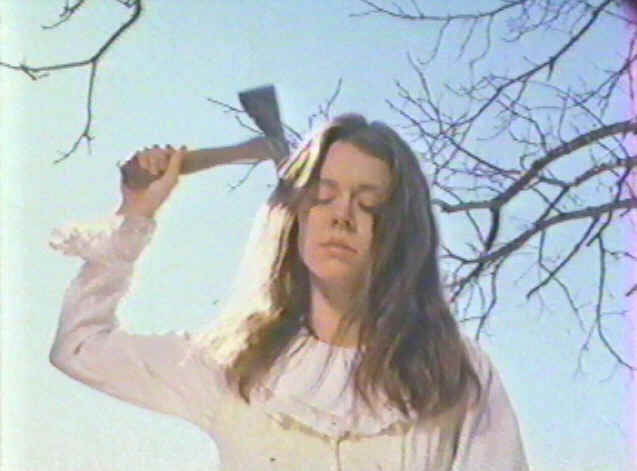 His “grindhouse” legacy is such that an acclaimed new film maker became obsessed with Milligan!

Did you know that the “Drive” and “Pusher” director paid £16,000 on eBay to buy up Milligan’s films and bring them back to life – check out this story from last year, highlighting the Director’s obsession with Milligan! 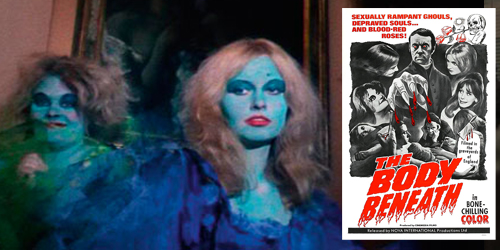 Milligan’s movies are legendary for their lack of quality: “The Worst Director Of All Time” Ed Wood may get all the attention for bad movies, but check out some of these Andy Milligan gems – all theatrically released: 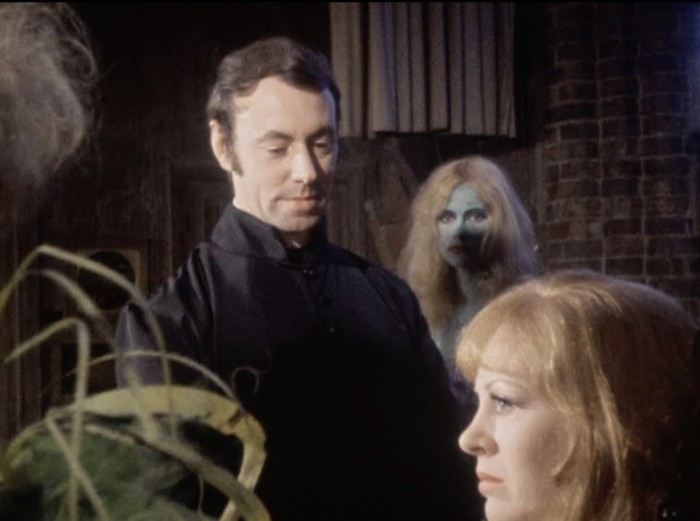 And they weren’t just horror films – no, Milligan knew how to sex it up as well! 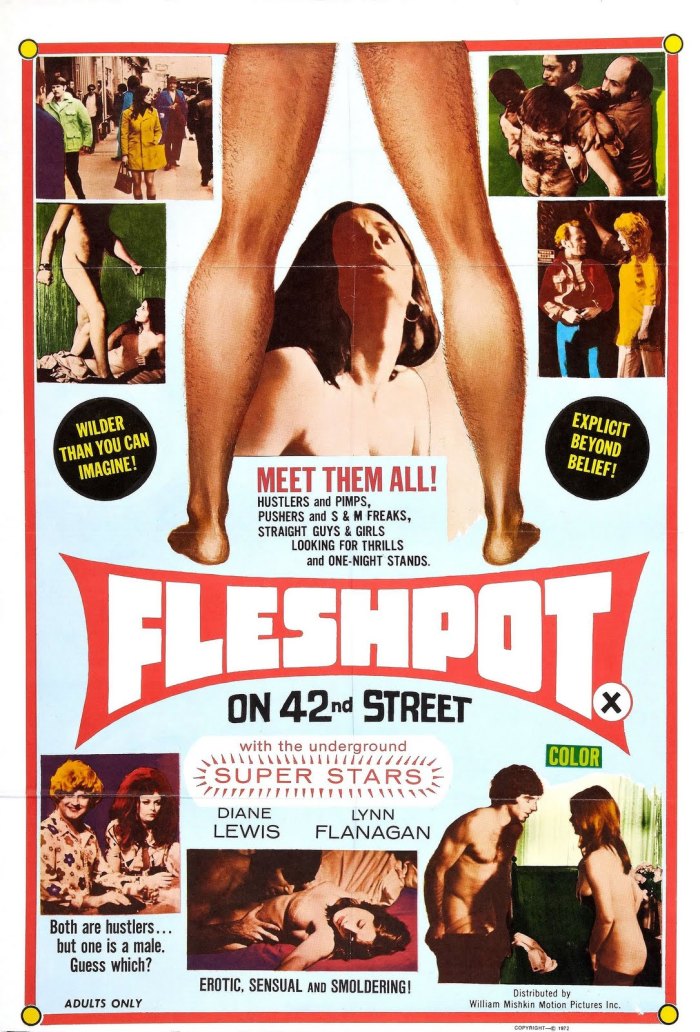 The plot was simple: A street whore desperately seeks love and acceptance against the backdrop of the criminal element of early 1970s Times Square. 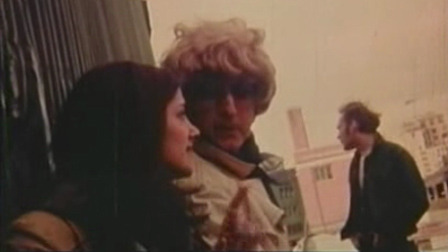 Cherry Lane: Didn’t your mother ever tell you that you shouldn’t go out with strange men?
Dusty Cole: Bob’s not strange. He’s dull. 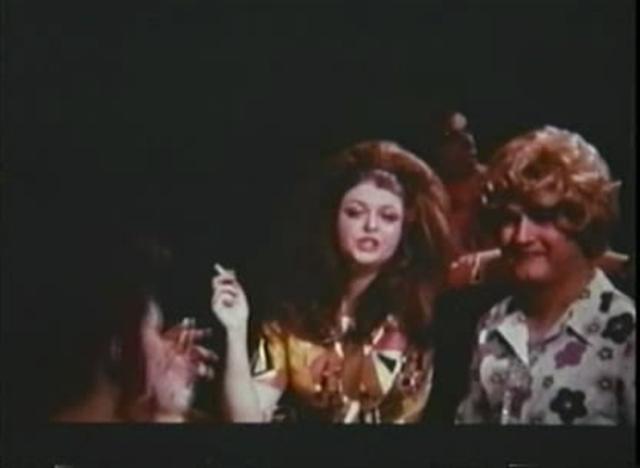 Of course, the pressures of Times Square can make relationships tough, as Dusty has to confide to Tony…

Dusty Cole: When I moved in with you, you said they’re be no trouble between us. You said we’d shack up together and that’s all. And I said I’d help out with the money as soon as I get a job. Don’t think I don’t apreciate what you’ve done for me, Tony. I do… but you get more then your fair share of ass. There isn’t one night where you don’t come home from that shithole where you work and wake me up in the middle of the night because you want a piece of ass. I do my part so get off my back! 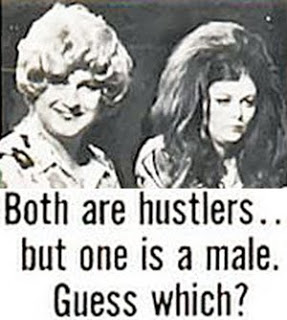 And of course, how can you go wrong with conversations like this one:

Dusty Cole: How’s your mother?
Cherry Lane: She threw me out. I guess she got tired of me using all her hairspray. 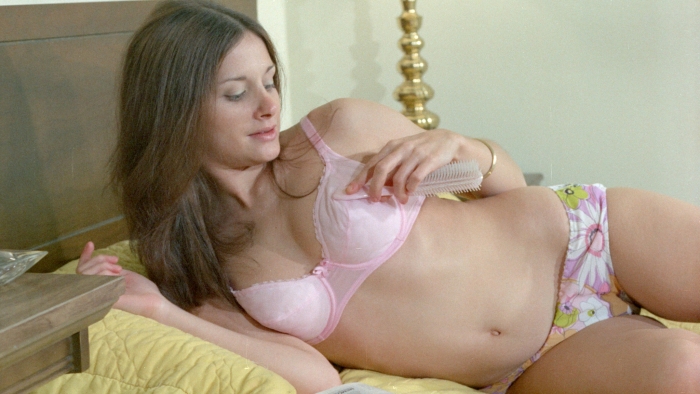 You want to see more of her? A lot more? Check out my story here:

What a stunning young woman! 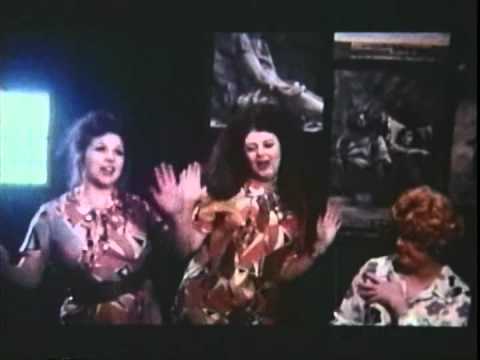 Well, enough sex, let’s get back to what Milligan REALLY liked:

How can you resist a movie that offers this tagline!

You are seeing a trend: classic grindhouse poster art – sex, violence, SHOCKS BEYOND BELIEF! – c’mon in suckers, the water’s fine! 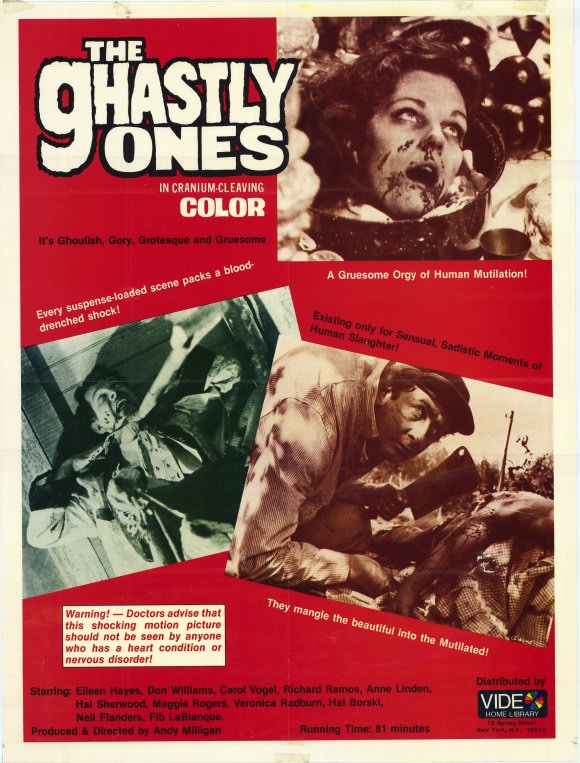 First, check out the “Doctor’s Warning” on the poster – a classic “come on” for the suckers at that time…love it! Now, back to “The Ghastly Ones” plot: Three married couples are forced to spend the night in a Victorian-era house where they start getting killed off by a deranged psycho who’s bent on claiming an inheritance they are all entitled to. 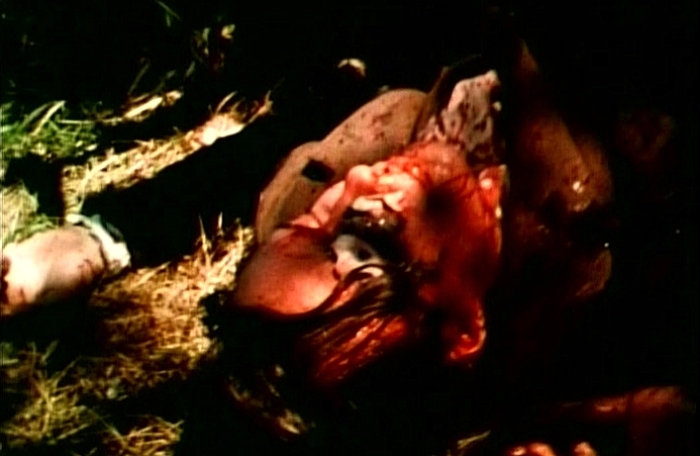 Here’s a great bit of trivia, thanks to IMDB: In several of the fight scenes of the film, the crew and their cameras and sound equipment are visible. There are also moments when the director can be heard softly reminding the actors of their lines.

Now THAT”S film making! As one reader on IMDB stated,

Thanks to the great film buffs at Something Weird Video, you can have “The Ghastly Ones” as part of a Milligan double bill! Congrats to the SW people for keeping this part of movie history alive!

Time to venture to the graveyards of England… 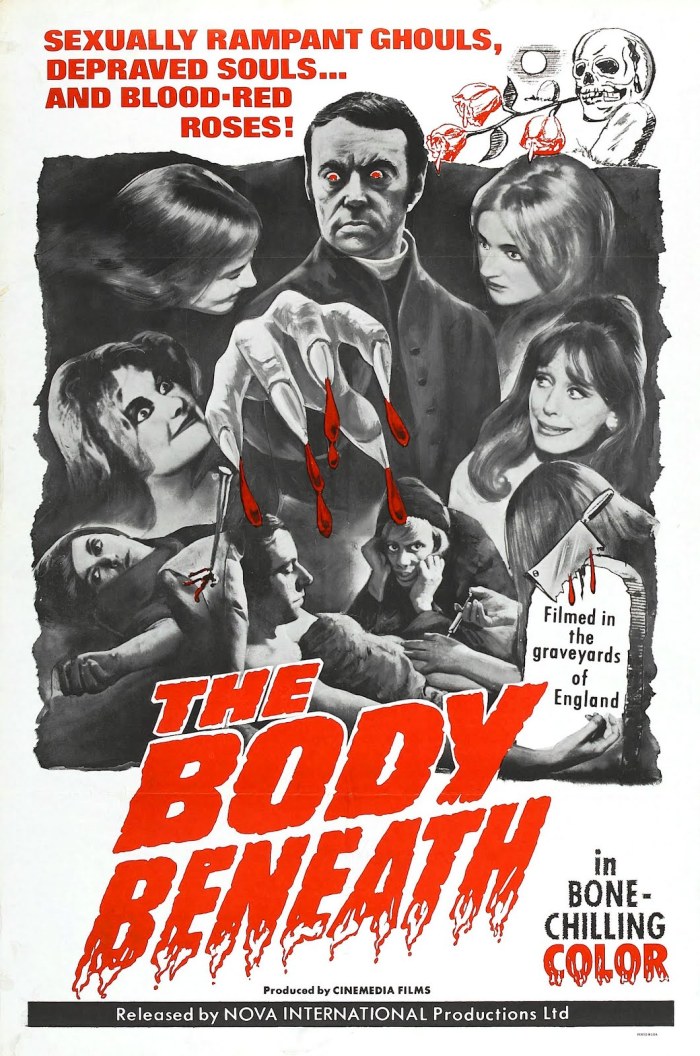 In this great movie, Milligan captures the eerie horror of-, ah who’s kidding who? Do you REALLY care what it’s about? It’s slow-moving and laughably bad in a dementedly fun way! I mean, you have to watch it in order to find out why these women look like THIS!

You want a great night of bad movies? Buy Some Andy Milligan, grab something strong to drink, and have fun – then read this biography to find out more about the fascinating life of a demented Director!

The Book Of Milligan! 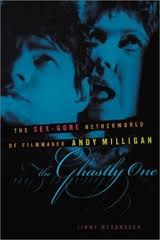 The Ghastly One: The Sex-Gore Netherworld of Filmmaker Andy Milligan – by
Jimmy McDonough

This is a fascinating look at ultra low-budget, independent film making. Milligan lived a unique life on the edge – in the ultra hipster lower west side of Manhattan…Milligan, who died of AIDS in 1990 at the age of 61, was drawn to (in no particular order) drugs, violence, sex, misogyny and general weirdness – and this book documents that perverse life in a fascinating way. 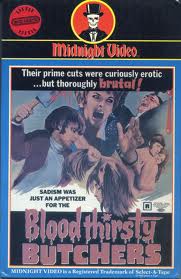 McDonough’s verbatim interviews, which form the spine of the book, reveal a man who could be alternately brutally honest, obstructionist, deceitful and quite kind. McDonough is careful to add well-researched, nuanced context to Milligan’s life, which makes it all the more compelling.

His portrait of Milligan’s importance to the famous Caffe Cino, for example, considered to be the beginnings of Off-Broadway, are startling, notable additions to theater history. From Andy Milligan! The guy who gave us this! 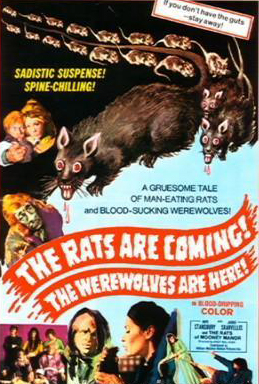 A fascinating book, great trashy movies – what more could you ask for? Dip into some grindhouse history today!