After so many blogs about bacon, it’s time to dive back into the deep end of the exploitation pool! A “little” Weng Weng sexcapades for starters?

Or how about this: here’s a movie for you – a pregnant woman is terrorized by a flying severed head! 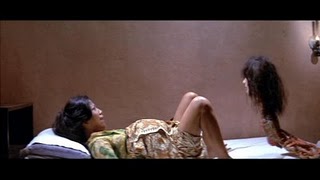 Curious? How about some “killer karaoke?” 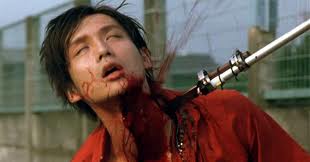 He’s not singing a happy tune, is he?

Well, here you go, some of the wildest films from around the world you can experience in the privacy of your own home!

Let’s begin with the possessed severed head movie, shall we?

Here is the plot: researching a book that takes her to Bali and the black magic cult of Leák, Cathy meets an evil witch which promises to train her in the dark arts. Tricked, Cathy is turned into a Penanggalan; a flying vampire with internal organs hanging from her neck.

It is now up to the local holy men who are then enforced to do battle with the forces of evil. And look at these amazing special effects they must fight off!

Here is a sample of the online reaction to this gem: MYSTICS OF BALI has to be seen to be believed!

Up until this time (1980) Indonesian cinema had been following along India cinema – where the movies pretty much had EVERYTHING in them – musical numbers, slapstick comedy, violence, horror, etc. MYSTICS was one of the first times they tried to make just a flat-out horror film and specifically for Western horror audiences.

The film is a strange blend – with some genuine creepy moments and others that will have you unintentionally laugh out loud.

And let’s be honest – don’t you HAVE to see this movie now to see what happens to this pregnant lady next? Now, if you need something more uplifting: 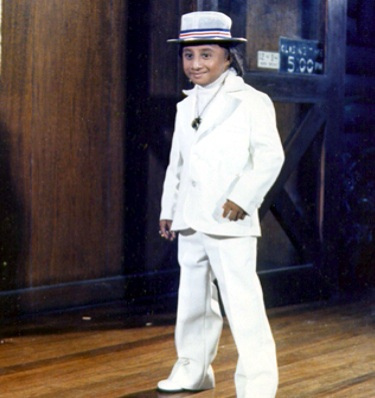 Mr. Giant has kidnapped the brilliant Dr. Van Kohler and is planning to use the Doctor’s invention, the N-bomb, to hold the world hostage. The only one who can foil Mr. Giant’s evil scheme is Agent 00, a 3-foot-tall filipino martial arts master, expert marksman, top-class romancer and all-around super spy.

“For Your Height Only” is a play on words on “For Your Eyes Only”, the title of the James Bond film released that same year. I mean, look at this Bond-ish poster!

And of course, just like James Bond, Agent )) is also a lady-killer…

A sequel was produced in 1982, titled The Impossible Kid. Weng Weng is known as the shortest man to ever be a lead in an action film/martial arts film; he stands at 2’9″ (less than one meter).

The answer to the question you are thinking is “yes, it is as crazy and awful as you imagine” – but isn’t that the point of watching it? 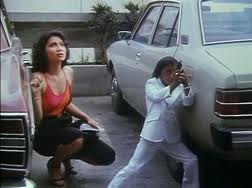 Weng Weng never became the big action hero he wanted to be, so this film will have to do!

This 2003 drama from Japan is a very interesting hybrid: it’s a serious dramatic look at the social upheaval in Japan – and it is an over-the-top gore fest, with one of the most unbelievable endings you will ever see! And of course, you will see things like THIS:

The basic premise of the film deals with two very different groups; one are the Midoris, named so because all the middle-aged and divorced women share the name Midori,and a group of young college-aged men. They aren’t all different however, both groups love karaoke, particularly singing ‘oldies,’ the Midoris in bars populated with young men, and the boys in costume with a sound system on a pier.

Both groups live separate lives until the day one of the boys murders a member of the Midoris, because she rejected a sexual advance. With authorities unsure as to who is the culprit, the Midoris find a clue and successfully discover who the murderer is among the boys.

You got it: the women find out who killed their friend, and so they complete a revenge murder! Oh, that prompts the boys to retaliate in kind, and the back=and-forth killing spree is on!

So the concept is simple: two warring factions battle it out, with their love of karaoke the only bond between them. As you read, the movie showcases how middle-aged women in Japan are considered worthless, outcasts in their own country. This quote from the movie confirms the feeling that men have about unmarried midde-aged women.

Hirota – the Shop Owner in Gunma: “People say that only cockroaches will survive when the earth perishes. That’s a lie. It’s middle-aged women!” 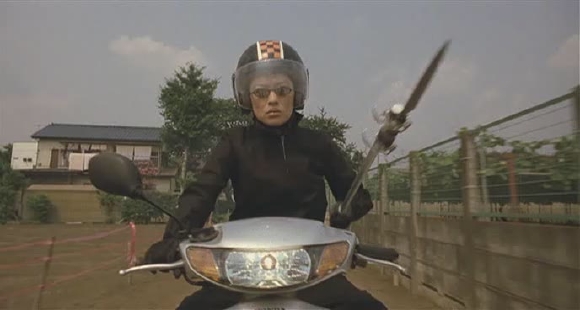 But, as you can see from the picture I posted, these women are not going away – they are going to stand up against the young punks who run free and rampage across Japan.

As they battle back and forth, the stakes escalate until you have the most amazing ending to a movie ever!

This is not a perfect movie to be sure, but what a great way to expand your movie-going horizons – let me know what you think!

My Tweets
My #diehard ornament is in the tree to celebrate the best Christmas movie ever! #christmas #christmasdecor #christmasmovies