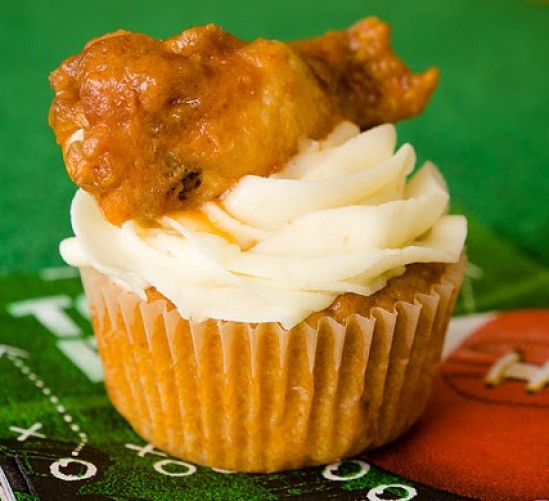 First and foremost, I was led to this website: http://www.geekosystem.com/buffalo-chicken-wing-cupcakes/

Where I discovered the craziest, probably most delicious thing I plan to make for my next football party: Buffalo Chicken Wing Cupcakes!

Congrats to the Creator of this unique dish, and again, go to the Geekosystem website for more of their craziness, great job! Here is the recipe!

From Cupcake Project the recipe is as follows:

To make the cupcakes:

Once everything is completed, slap the chicken wing on top of the cupcake, and proceed to gross out your guests.

Like Loading...
‹ World’s Super Sliders! Iceland To Australia, The Best Sliders EVER – with Recipes!
SUPER SIZED FOOD FOR SUPER SUNDAY! ›