In 2012, Albert Brooks was ROBBED of an Oscar nomination. Of course there were 5 great performances nominated, but it doesn’t change the fact that Brooks once again delivered a tough, gritty performance that was overlooked by the Academy. In fact, they didn’t show any love for “Drive” at all. 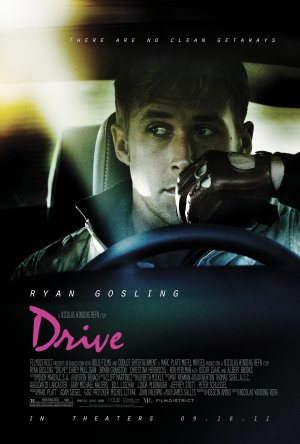 Not to forget, Albert Brooks is a great film maker. “Lost In America” and “Defending Your Life” are terrific comedies with a perfect blend of heart and satire. While less successful, “Real Life”, “Mother” and “The Muse” also have terrific moments.

Albert Brooks is also a great Actor. Here is a short bit from his recent New York magazine interview, talking about getting nominated for an award.

“You know, I don’t know anybody who votes for anybody for these things. I’m a member of the Academy, but I don’t know who all the other Academy members are. It’s not like a politician who knows who is in the Iowa caucus.

Maybe they need some campaign reform for awards season. Exit polls, or something.
You know, I wanted to make a mock documentary about that exact thing! I swear to God. I wanted to open up a campaign headquarters on Wilshire and debate Philip Seymour Hoffman, and make campaign promises like, “Vote for me, and we’ll do a shorter show!” “If we get swag, you should get swag.” I never did it, though. I thought it would break some rule and they would throw me out of the Academy. But we could do that this year. I’d be happy to debate [fellow nominees Christopher Plummer, Viggo Mortensen, Kenneth Branagh, and Jonah Hill]. All we need are the posters.”

In honor of his nomination for Best Supporting Actor for “Drive”, here are some of his great acting moments! 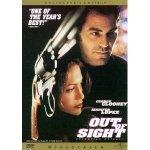 Broadcast News – 1987. Brooks received his only Oscar nomination in the category of Best Supporting Actor for his performance as Aaron Altman, a dedicated TV News Correspondent who yearns not only for his co-worker Holly Hunter, but for his chance to be a star…

Here is the plot: Network news producer Jane Craig (Holly Hunter) falls for new reporter Tom Grunnick (William Hurt), a handsome but untalented Reporter who represents a dangerous trend towards the dumbing down of network news – a trend that Jane despises. Aaron Altman (Albert Brooks) carries an unrequited torch for Jane. Sparks fly between the three as the network prepares for big changes, and both the news business – and Jane – must decide between style and substance.

Albert perfectly captures the ego, smugness AND fear of failure that are part of the network news business. His smugness comes out early. He makes a huge mistake by making fun of Joan Cusack – who, as Associate Producer Blair Litton, compliments the network news President in front of Altman…after the big wig leaves, Brooks goes in for the kill:

Blair Litton: Oh, you think anyone who’s proud of the work we do is an ass-kisser.
Aaron Altman: No, I think anyone who puckers up their lips and presses it against their bosses buttocks and then *smooches* is an ass-kisser.
Blair Litton: My gosh… and for a while there I was attracted to you.
Aaron Altman: Well, wait a minute, that changes everything!

Altman’s worst insecurities manifest themselves when he see Jane falling in love with the untalented Tom Grunick. He explodes with rage, frustration and unrequited love:

Aaron Altman: I know you care about him. I’ve never seen you like this about anyone, so please don’t take it wrong when I tell you that I believe that Tom, while a very nice guy, is the Devil.
Jane Craig: This isn’t friendship.
Aaron Altman: What do you think the Devil is going to look like if he’s around? Nobody is going to be taken in if he has a long, red, pointy tail. No. I’m semi-serious here. He will look attractive and he will be nice and helpful and he will get a job where he influences a great God-fearing nation and he will never do an evil thing… he will just bit by little bit lower standards where they are important. Just coax along flash over substance… Just a tiny bit. And he will talk about all of us really being salesmen. And he’ll get all the great women.

Albert Brooks delivers a terrific performance – underplaying his lines until the moment when the emotion demands him to showcase how he really feels…if you haven’t seen this, you are long overdue – “I am singing, and reading BOT!”

Even if you have seen “Broadcast News”, The Criterion Collection has a terrific new Blu-Ray that includes documentaries and deleted scenes. One of the best movies about TV ever made…

Out Of Sight – 1998. Albert Brooks has a small but pivotal role in Steven Soderbergh’s terrific crime thriller. Brooks is Richard Ripley, a wealthy businessman serving time in prison alongside the toughest criminals, including Maurice “Snoopy” Miller, played by Don Cheadle. George Clooney is Jack Foley, a bank robber who falls for FBI Agent Karen Sisco, played by Jennifer Lopez.

In this scene, Foley overhears Snoopy beginning ANOTHER shakedown of the wealthy Ripley, and decides to intercede…

Jack Foley: If you’re smart, Ripley, you’ll tell this guy to fuck off.
Richard Ripley: Really?
[Maurice gives him a threatening stare]
Richard Ripley: Well, I – I – I don’t know.
Jack Foley: First of all, if he kills you, then he’s gonna get nothin’.
Maurice “Snoopy” Miller: Well, uh, the man don’t just have to die, Foley. I mean, he could accidentally hurt himself falling down on something real hard, you know. Like a shiv, or my dick.
Richard Ripley: [whispers to Foley] I’ll pay. I’ll pay it. Don’t worry.
Jack Foley: If he falls on anything, Snoop, then they’re transfer his ass outta here faster than you can throw a fight, and you’re still gonna get nothin’.
Maurice “Snoopy” Miller: You know, last time I checked, man, this shit over here ain’t got nothin’ to do with you, Foley. Why don’t you go outside man? Smoke a cigarette or some shit?
Jack Foley: I don’t smoke.

This scene sets up the movie’s dramatic climax outside prison, as everyone heads for Ripley’s home in Detroit to get some more of his money…a pretty brutal ending, and Brooks is terrific in this small role…

Taxi Driver – 1976. You might not even know that Brooks in “Taxi Driver”, but he has a small role as Cybil Shepard’s (Betsy) co-worker in Senator Charles Palatin’s campaign headquarters. This is, of course, a masterpiece – with Robert DeNiro starring as Travis Bickle, a Vietnam War vet who decides to clean up his city…After Travis Bickle meets Betsy, he gets her to join him for a cup of coffee and a slice of pie. He tells Betsy why he doesn’t like Brooks.

Travis Bickle: I would say he has quite a few problems. His energy seems to go in the wrong places. When I walked in and I saw you two sitting there, I could just tell by the way you were both relating that there was no connection whatsoever. And I felt when I walked in that there was something between us. There was an impulse that we were both following. So that gave me the right to come in and talk to you. Otherwise I never would have felt that I had the right to talk to you or say anything to you. I never would have had the courage to talk to you. And with him I felt there was nothing and I could sense it. When I walked in, I knew I was right. Did you feel that way?
Betsy: I wouldn’t be here if I didn’t.

Brooks has only a couple of scenes, but he is funny, natural and the catalyst for all that Travis Bickle rails against…a terrific early example of how great a character Actor Brooks is…