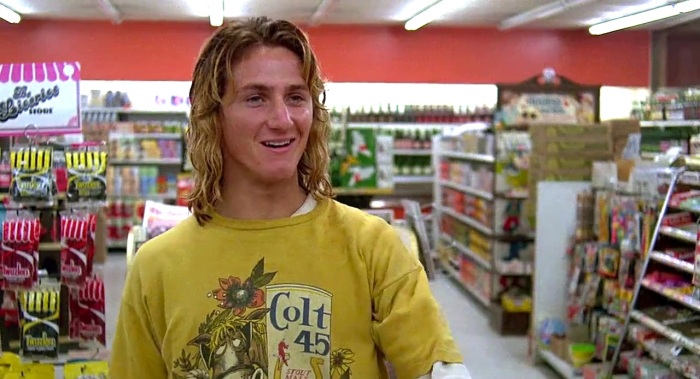 One of cinema’s greatest one-liners perfectly captured an age of innocent, when growing up meant hanging out in a suburban shopping mall, trying desperately to impress a girl – or at least trying to get high and cruise through life:

This “Cult Movie Monday” celebrates one of the greatest movies ever about growing up in America…and has details on an all-star script read through happening soon!

Sean Penn gave a hilarious performance as Jeff Spicoli, one of the great comic foils of the 80’s – just one of the many reasons to love “Fast Times At Ridgmont High!”

This 1982 film launched the movie careers of many of its young stars such as Phoebe Cates, Judge Reinholdt, Jennifer Jason Leigh and Sean Penn, and is one of the best comedies about the angst of growing up in America in the 80’s! 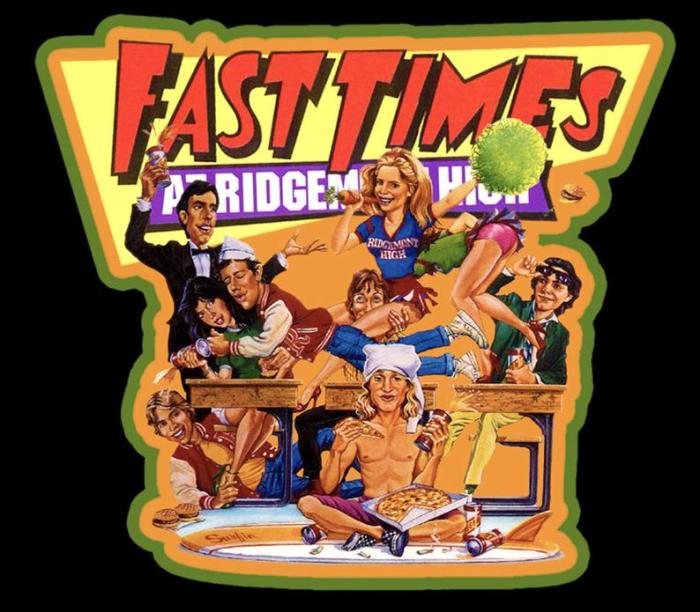 “Fast Times At Ridgemont High” was directed by Amy Heckerling, who went on to make the classic teen comedy “Clueless” – she really knew how to capture the humor, warmth, angst and confusion of these “Times” in our lives…

The Movie Is Based On A True Story!

Writer/Director Cameron Crowe actually wrote the book – when he went back to school for a year in order write the real story of students at a high school in Southern California.

The resulting movie is an 80’s classic, introducing us to one of cinema’s most hilarious stoners – first, check out the trailer:

Sean Penn has never been better as Jeff Spicoli, who is always stoned and hilariously funny! Among the other stars who were in the film were Forest Whitaker and the legendary Ray Walston!

It was also Nicolas Cage’s first film appearance…but it is perhaps Phoebe Cates who made film history thanks to one iconic dream sequence:

The Bikini Shot Heard Around The World!

Phoebe Cates admitted she was nervous to shoot this scene, but it has become an iconic movie moment.

This legendary scene begins when Phoebe Cates and Jennifer Jason Leigh are hanging out by the pool – and when Judge Reinhold comes home from work and goes to the bathroom, he begins to fantasize about Cates – who calls out to him as she gets out of the pool, before removing her top… 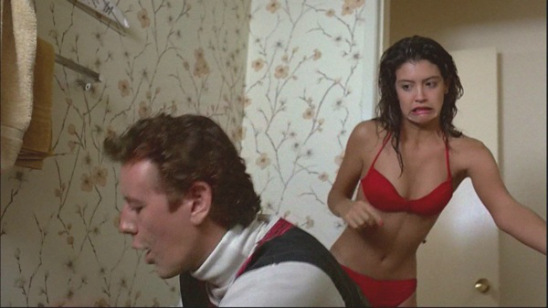 Because this book was written about a year in the life of real high school students, the film deals with real issues about growing up in America. Jennifer Jason Leigh is terrific in the film, baring her soul as a young woman who feels compelled to lose her virginity to keep up with her more beautiful friend.

This subplot is very serious, and the film doesn’t shy away from any of it.

That said, it’s also one of the funniest films ever, thanks to this guy! 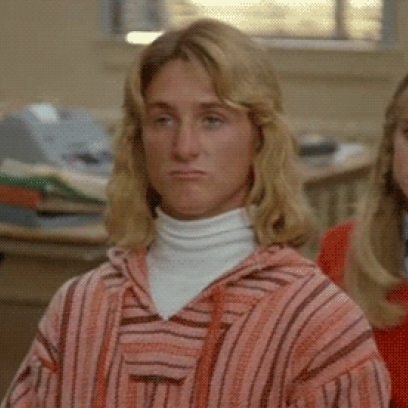 Without a doubt, the most legendary character in the film is Jeff Spicoli!

“during shooting of the film, Sean Penn got so into character that he only answered as Spicoli. In fact, the door on his dressing room was labeled “Spicoli” instead of ‘Sean Penn’!” 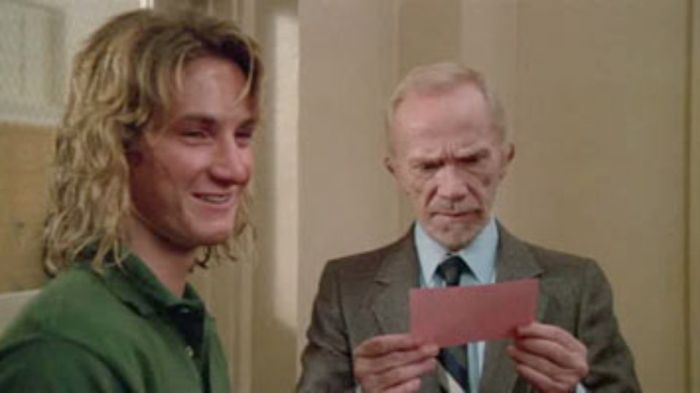 Spicoli meets his match in Mr. Hand, plays beautifully by Ray Walston, who had a long career in movies and TV. Here is how they meet:

Ray Walston was at the time, best known for his role as Uncle Martin on “My Favorite Martian”. Unfortunately Walston, like many actors of that era, was typecast in the role and couldn’t book serious roles until the decade ended. Walston said that after the release of this film, he’d be walking down the street and young people would see him and shout “Mr. Hand!”. Walston was grateful for that, as it finally meant that he had torn away from being only associated with playing Uncle Martin.

“Fast Times At Ridgmont High” is one of the greatest “growing up” movies ever…and now, there was a star-studded script read scheduled for charity!

On Friday, August 21st, Comic Dane Cook was going to bring together a who’s who lineup of blockbuster celebrities, who all would do a live “table read” of Crowe’s original script for the film.

Unfortunately, technical issues caused them to put a hold on the read through, but I will share more details when it is rescheduled, because it will be a blast for sure!

Of course, Cameron Crowe would go on to direct his own films, including “Jerry Maguire” and the autobiographical film about his own life, “Almost Famous.”

“Almost Famous” is one of the best films about the impact that music has on young people – and captures a great time in music history – because Crowe wrote for Rolling Stone as a teenager! See more here:

“Fast Times” is a perfect 80’s film…in fact, there are so many things to love about that decade – from Billy Idol to Adam Ant and more!

Click here to see an appreciation of the decade, vividly bright to life in the series “Stranger Things”:

Sign up for a daily hit of social media, pop culture, travel, food and more – and most important – stay at home while we fight this pandemic – and if you go out, wear a mask!

Let me know your favorite moments from “Fast Times!”

Like Loading...
‹ Kelly Clarkson Sings Elvis! “Heartbreak Hotel!” My “Songs For Sunday” Has A Kelly Clarkson / Brandi Carlile Duet! The Four Tops And Nancy Sinatra!
Save Our Post Office! One Story Sums Up The Importance Of Our Daily Mail! ›