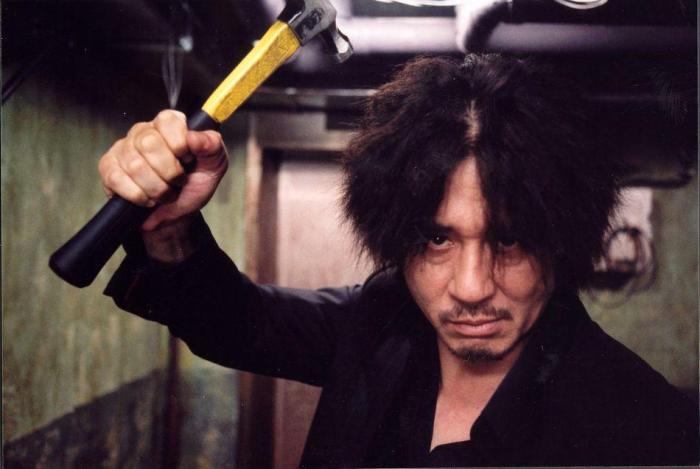 Watch Out For These “O” Movies!

This iconic “hammer” image is from one of the most imaginative, and darkest movies ever – and of course, it begins with an “O”!

As we spend more time that usual at home in our #QuarantineLife, it does give us all a chance to see more great films.

My “Movies A-Z” is focused on the letter “O”, which hits hard right off the top, but don’t worry, there’s plenty of room for 007, Charlton Heston, Jennifer Aniston and “my boy Blue” too!

One of the most intense revenge thrillers of all time gets us started: 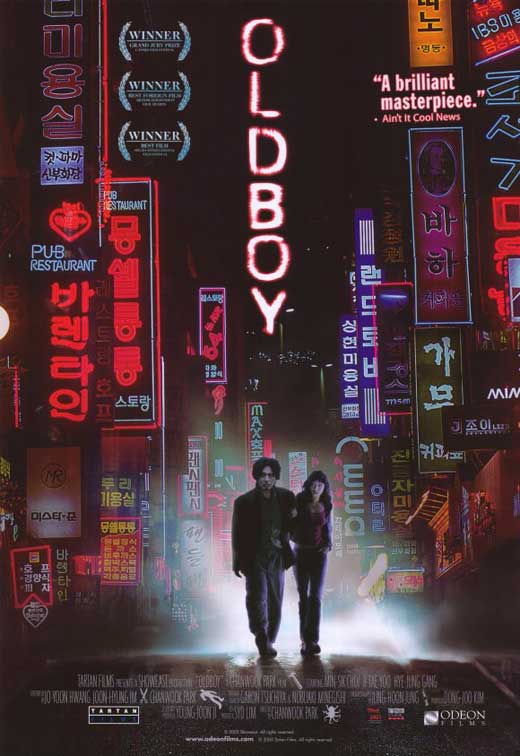 This 2003 South Korean thriller was directed by Park Chan-wook. It’s the twisted story of a drunken Businessman who wakes up in a locked hotel room – where he is kept for 15 years before being suddenly released! Why? Well, first check out the hypnotic trailer: 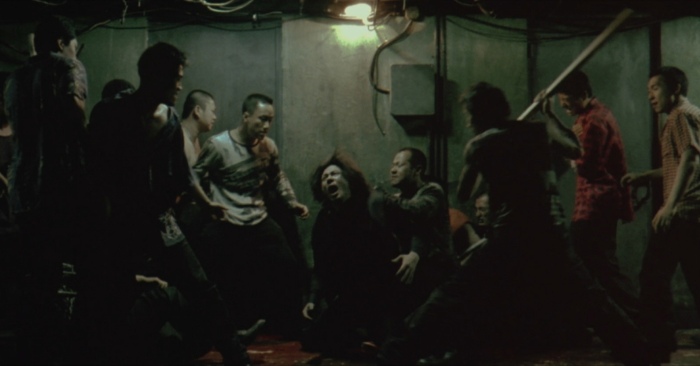 A brutal masterpiece, “Old Boy” isn’t a film for everyone – but if you are up to be challenged cinematically, it’s an experience you won’t soon forget!

The signature sequence in the film is a four minute hallway fight scene – our protagonist armed only with that hammer I showed you – and the camera tracks the entire fight scene without a single edit! 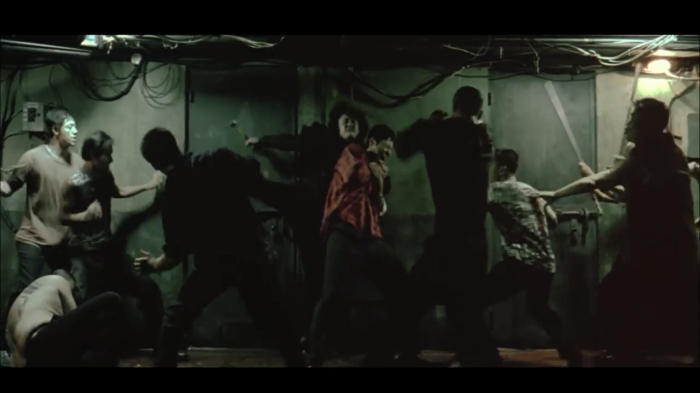 The late film critic Roger Ebert said that “Oldboy” was:

“a powerful film not because of what it depicts, but because of the depths of the human heart which it strips bare”.

Read more about this brilliant film, and other Asian classics that are at the forefront of the best cinema being made today, by clicking here:

Next up, one of three classic sci-fi films starring the legendary Charlton Heston! 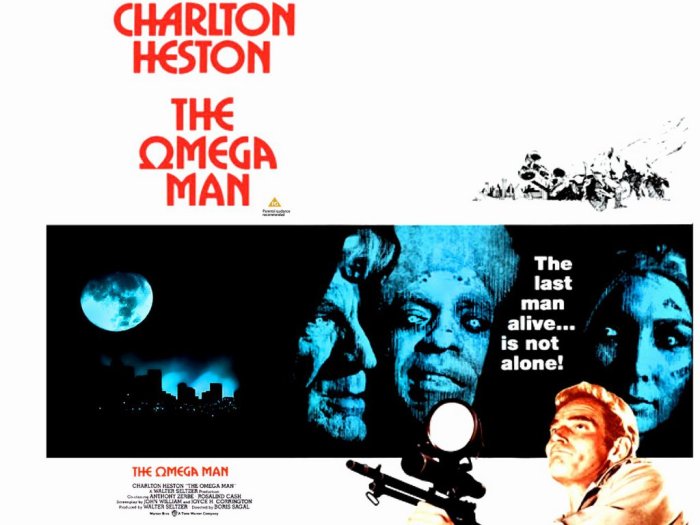 Charlton Heston is “the last man alive” in this classic sci-fi film based on the novel “I Am Legend” by Richard Matheson. Here is the trailer: 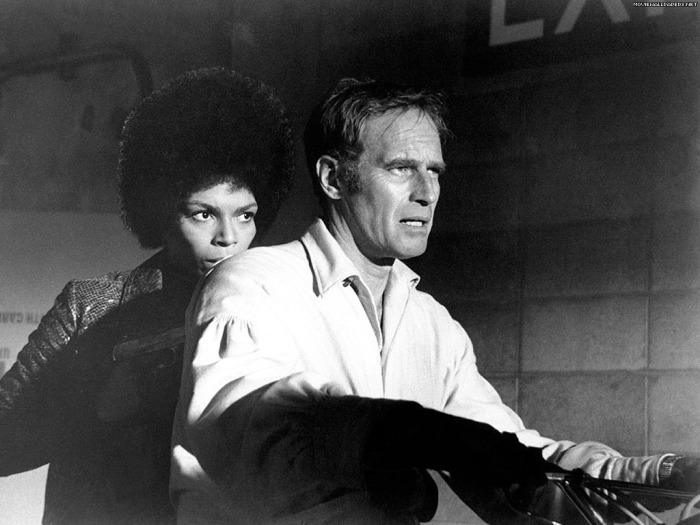 Here’s an interesting fact: Heston chose an African-American love interest in this 1971 film, quite daring for the time. It’s one of three great sci-fi films he made in succession – see the other two here and find out how the band Green Day got their name!

Next up is a great Director who saw his most daring film taken away!

Legendary Director Sergio Leone made many great films, but this one was taken away of him, butchered by the studio, and of course it bombed upon release! 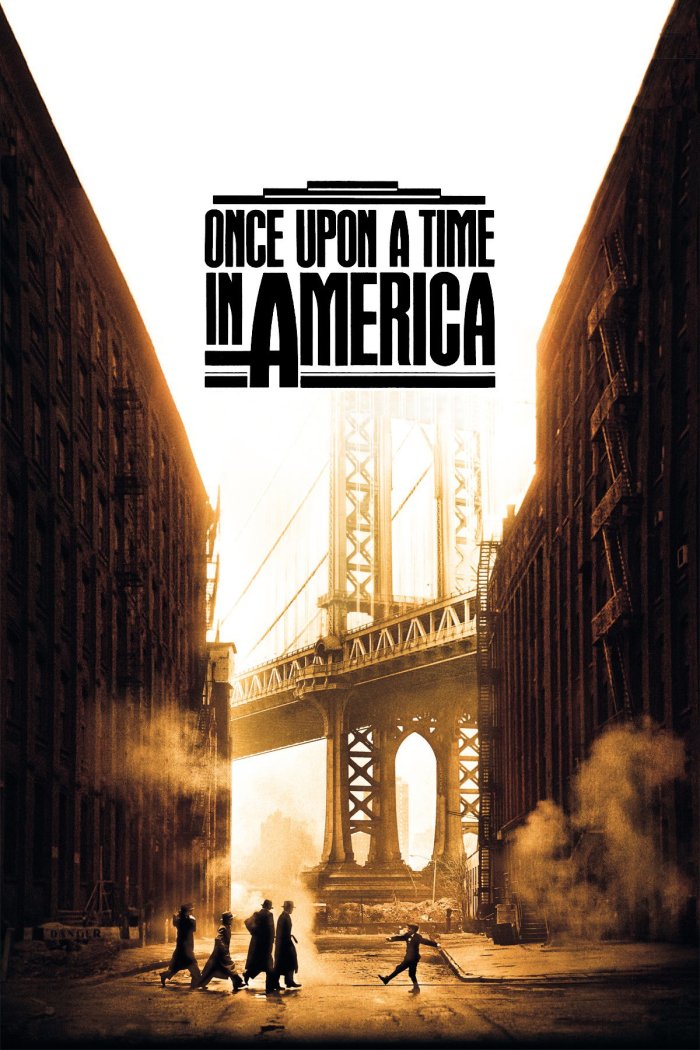 Leone is best known for the “Man With No Name” spaghetti western trilogy and the brilliant “Once Upon A Time In The West”. So, when he came to America to tell our story, this 1984 masterpiece was taken away by the studio and drastically re-edited – here is the trailer: 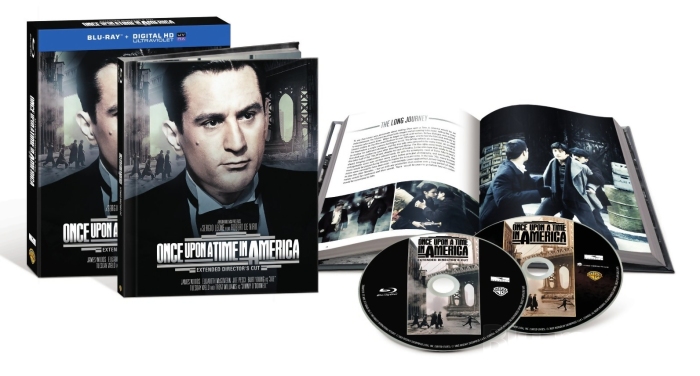 An amazing blu-ray was finally released with the Director’s original cut of the film, which is much more hypnotic – for example, the longer cut begins with a scene in an opium den, as Leone was looking to create something much more hypnotic than just a gangster film…look for the blu-ray edition to see the complete Directors Cut!

Speaking of different cuts, try the “unrated” version of this hilarious comedy: 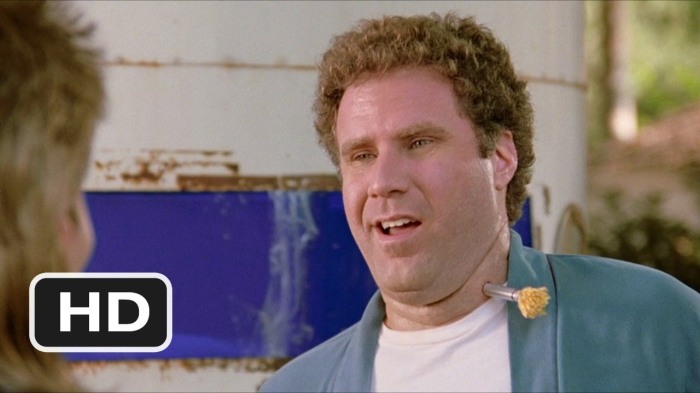 One of the funniest comedies ever, thanks in part to “my boy Blue!”

There is so much to love about “Old School”, like the scene where Will Farrell shoots himself in the neck with a dart gun – check out the trailer:

This is one of the best films about college life – and they released an “unrated” version on blu-ray that just lets them have a bit more goofy fun…a hilarious film – and if you like movies about college life then click here to see another classic with John Belushi – that makes this a hilarious “higher education” double bill:

Director Steven Soderbergh is on a number of my movie lists, for good reason – he has made so many great films – and huge smash hits as well: 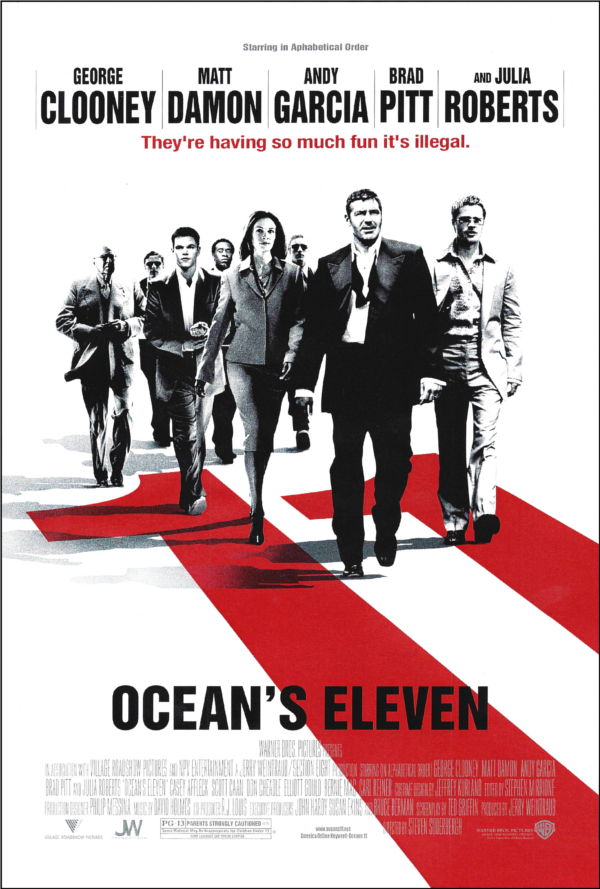 Soderbergh lined up an amazing cast as he remade one of Frank Sinatra’s biggest hits – but gave it his own “too cool for school” vibe in the best possible way – check out the trailer:

What a great new “Rat Pack!”

This movie showcased the best of Soderbergh’s filmmaking – an intricate plot and playful characters given a chance to have fun – for example, notice how Brad Pitt eats in so many of his scenes!

Let’s let Brad enjoy his food and check out one of cinema’s most popular franchises.

5 – On Her Majesty’s Secret Service!

In 1967, after his fifth 007 movie, Sean Connery walked away from one of the most lucrative acting roles in history: Secret Agent James Bond. So, what did the Producers do? They hired an unknown to replace him!

Check out the trailer that explains there’s a new Bond in town! 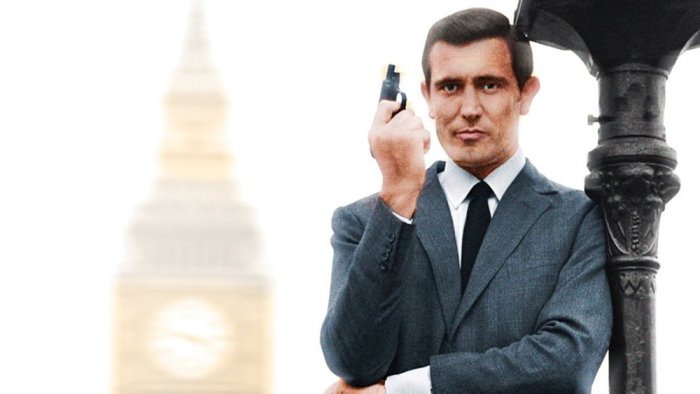 The completely unknown George Lazenby took over one of the most iconic roles in cinema – for a film that included the one and only time that James Bond ever married – and his wife was played by the most “empowered Bond Girl” ever – Diana Rigg! 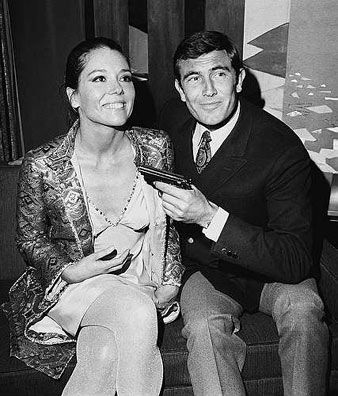 The film had Telly Savannas having a blast as SPECTRE’s head bad guy Ernst Blofeld, and featured terrific actions sequences as well. Most importantly, the film had a real heartfelt emotion at its core, and of course the saddest ending of any Bond in history!

So why was Lazenby a “one and done” Bond? Well. a great documentary tells the whole story! 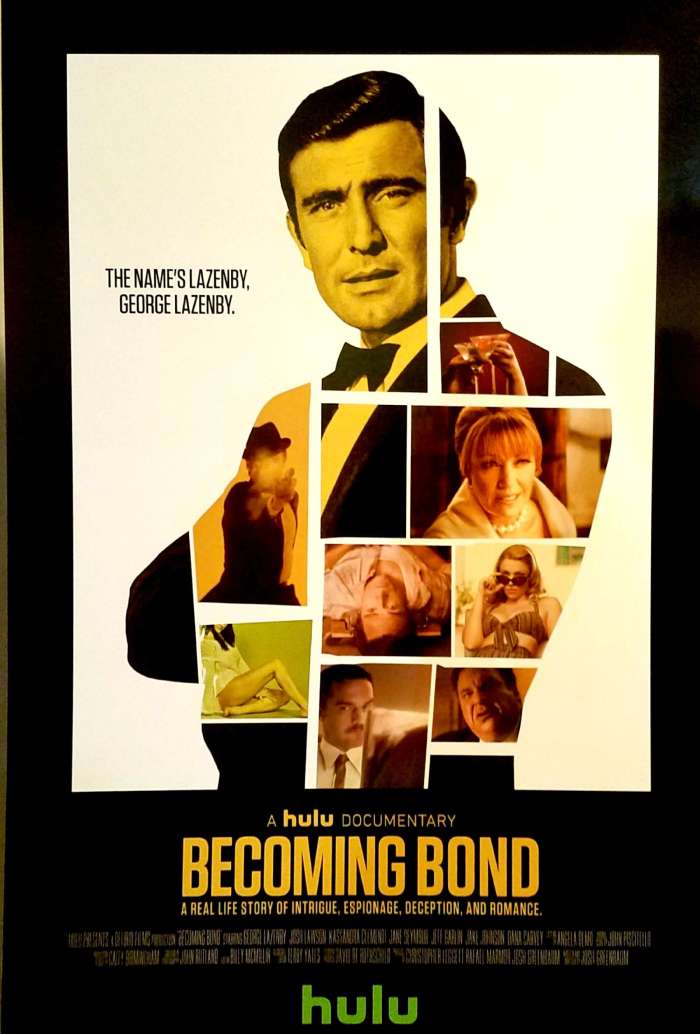 This terrific documentary tells the whole story of this “ill-suited” James Bond – and everyone talks candidly about it, including 007 himself! Click here to see the trailer for “Becoming Bond!”

Next up, talk about a paring! George Clooney and Jennifer Lopez share a trunk in Steven Soderbergh’s terrific adaptation of an Elmore Leonard novel: 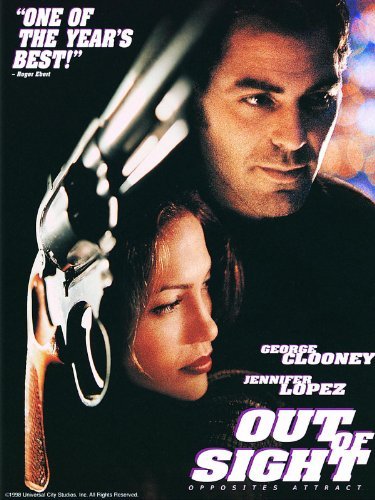 Check out the terrific trailer: 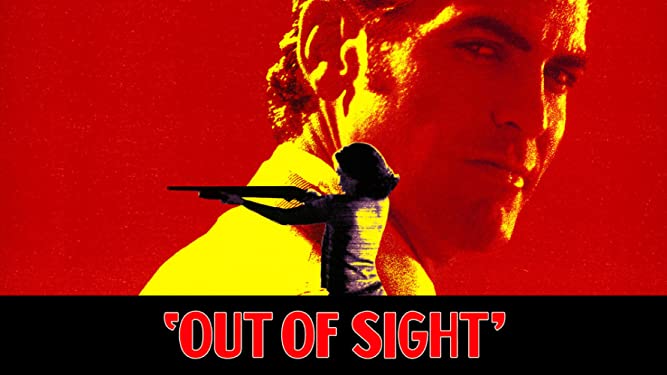 Clooney is a bank robber who is on a run of bad luck, especially when he escapes from prison and winds up in a trunk with FBI Agent Jennifer Lopez:

This scene alone is a masterclass in directing: Clooney and Lopez have never been better, and the tone and style that Soderbergh infuses into this encounter permeates the entire film…oh, and this is by far Jennifer’s best “kick ass” performance: 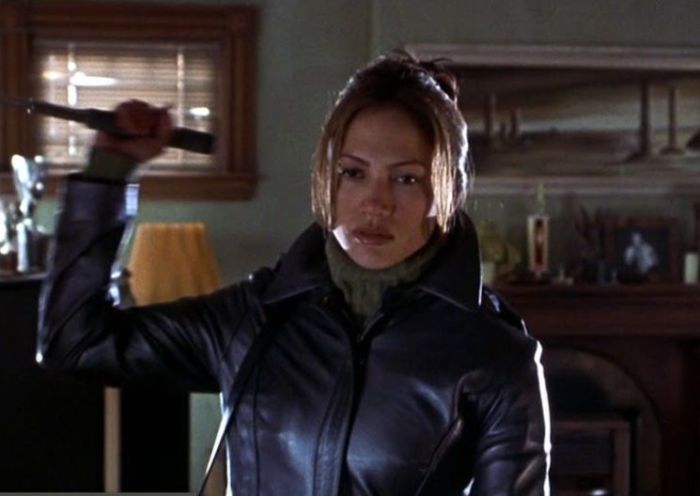 “You wanted to tussle. We tussled.”

An absolutely terrific, gritty movie that is a “must see.”

My next film is not only the pure definition of “cult movie”, but stars Jennifer Aniston too! 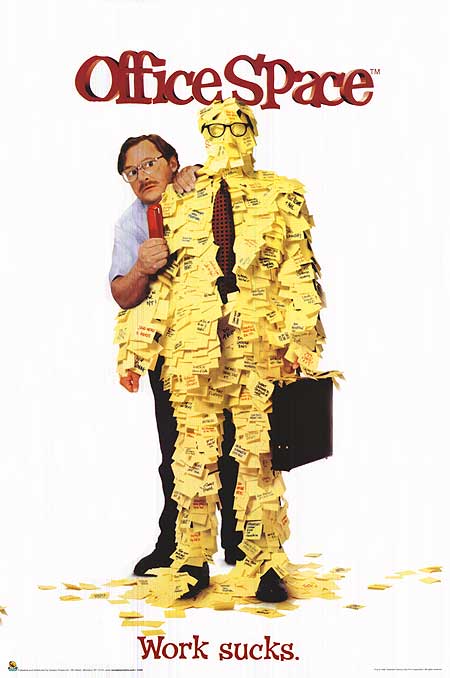 In 1999, Jennifer Aniston was part of a great ensemble – no, not “Friends” – this time she is part of a pack of disgruntled office workers sharing “office space!” 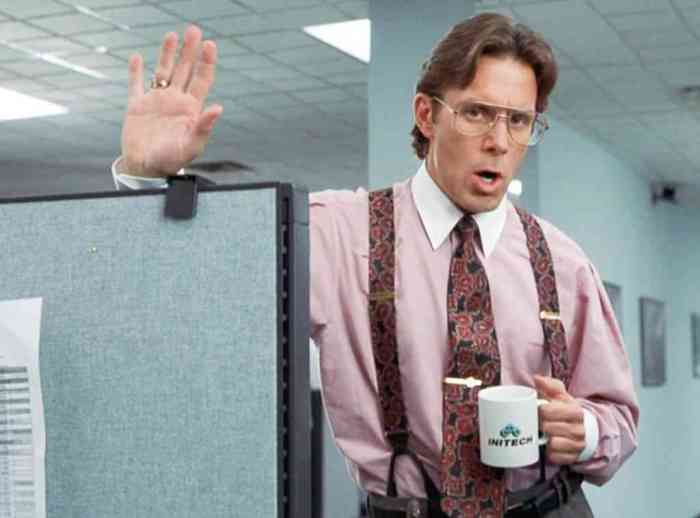 Gary Cole was pitch perfect as the “boss from hell” – and Mike Judge’s satire has become a cult sensation…a joy to watch every time.

A cult horror film from the 70’s is incredibly re-watchable as well: 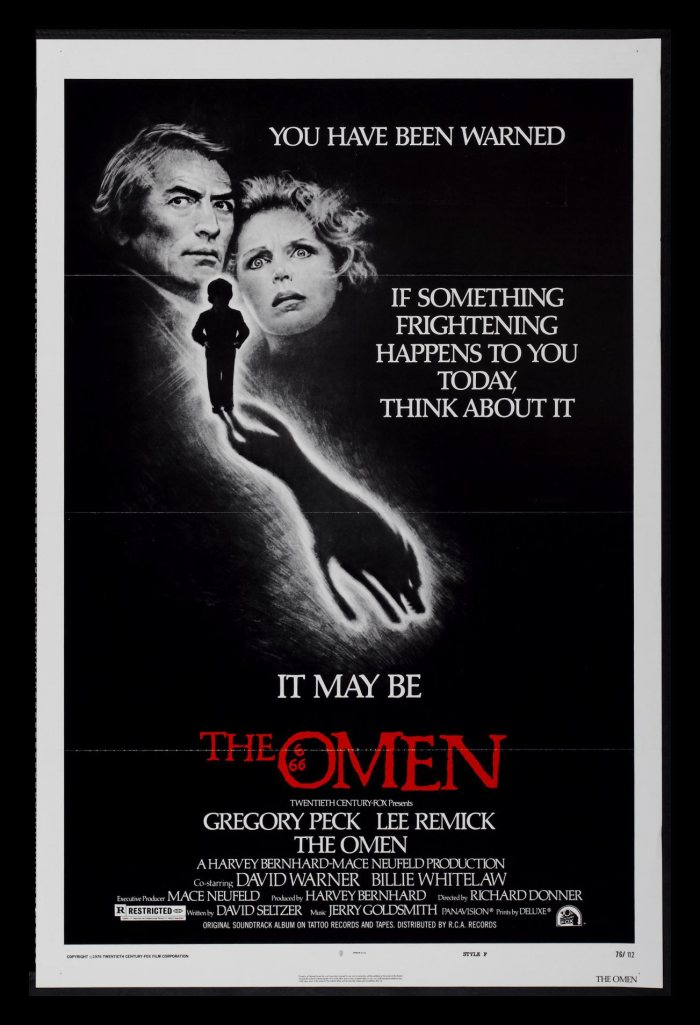 In 1976, this movie shocked audiences as it told the story of a small boy who may be the spawn of Satan!

Legendary Actor Gregory Peck gives gravitas to the horror story, and this movie is beautifully directed by Richard Donner for maximum scares – a real treat.

I end this list of “O” movies with my second favorite film of all time – a much-neglected masterpiece:

Actor Malcolm McDowell exploded onto the film scene with this performances in “If…” and Stanley Kubrick’s “A Clockwork Orange”: 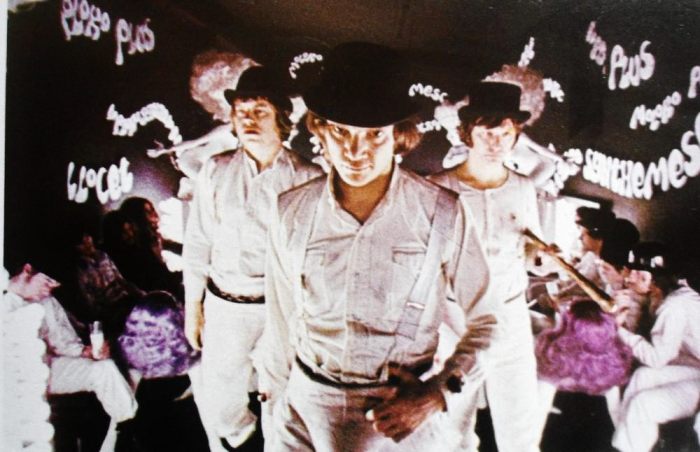 He followed those up in 1973 with a story he conceived – the “Candide” tale of a young coffee salesman – check out the trailer for the neglected masterpiece that is “O Lucky Man”: 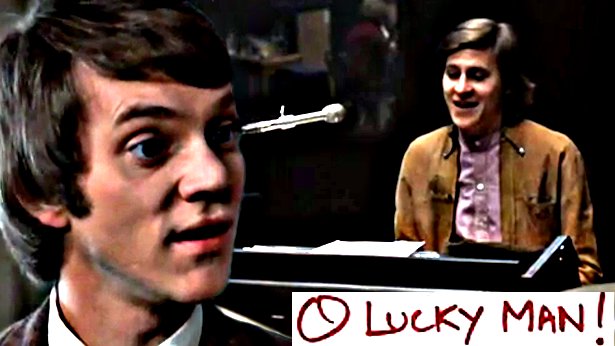 This movie is brilliant for so many reasons: an incredible cast, amazingly inventive direction by Lindsay Anderson – who filmed most of the movie’s soundtrack live with Artist Alan Price and shows it in the movie! 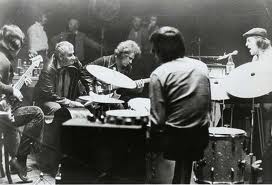 Click on my story to read so much more about this movie – and how it inspired a classic “Seinfeld” episode! Because it did!

There you have it – ten great movies with an “O” – and you can click on my blog home page and see the previous films that have been highlighted from “A – N” as well! 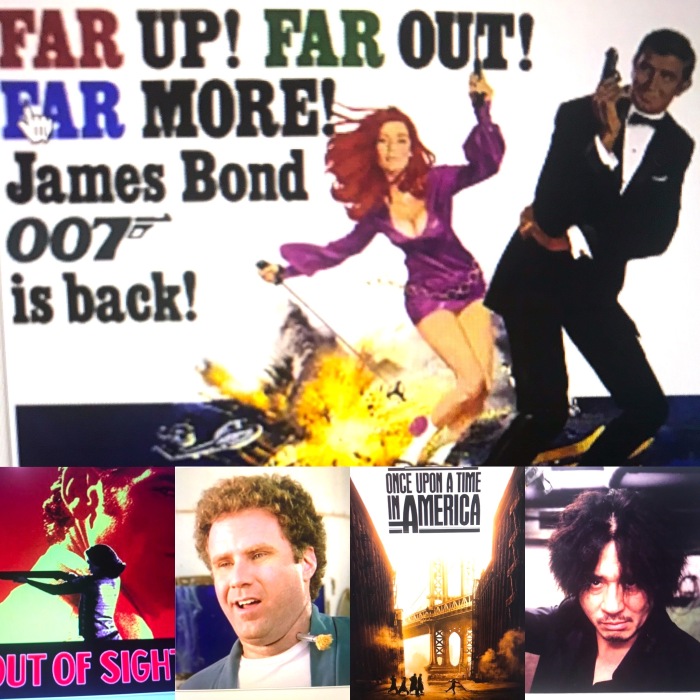 Like Loading...
‹ The “Boomstick!” A 2-Ft. Long Hot Dog! How Can You Watch Baseball Without It? “What The Friday!?!?!”
Kelly Clarkson Sings Elvis! “Heartbreak Hotel!” My “Songs For Sunday” Has A Kelly Clarkson / Brandi Carlile Duet! The Four Tops And Nancy Sinatra! ›