Movie fans know that one of the industry’s great movie stars was Charlton Heston – everything from “Ben Hur” to a trio of science fiction films that are as great today as when they were released!

Let’s begin with one of the greatest – and most influential – science fiction films ever made!

“Planet Of The Apes!”

This is an enduring classic: Astronauts crash land on a hostile planet – that is run by apes! 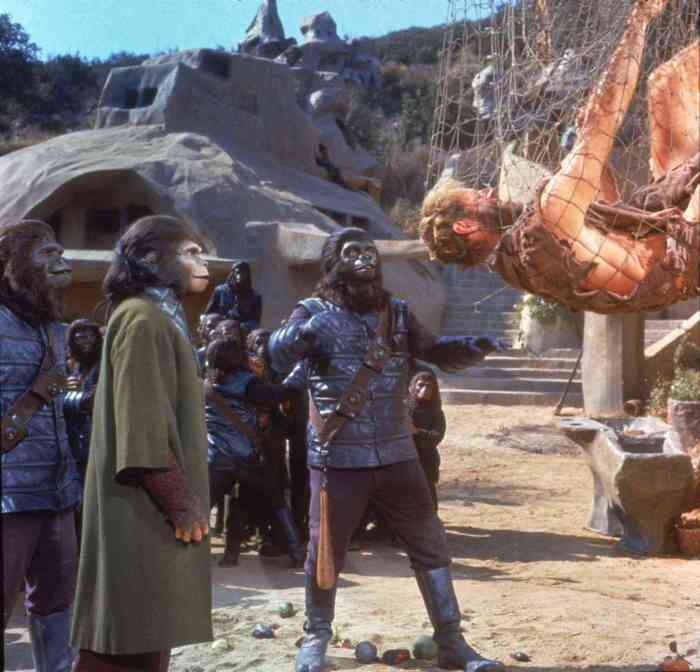 There are so many incredible moments in this film, including one of film’s most shocking endings of all time! You can read more about this classic by clicking here:

Three years later, Heston returned to science fiction with an adaptation of one of the most successful novels of all time:

In 1971, Heston’s next science fiction classic was released, based on the iconic 1954 novel “I Am Legend” by Richard Matheson.

The plot is a science fiction classic: Dr. Robert Neville is the only survivor of an apocalyptic war waged with biological weapons. The resulting plague leaves him as “the last man alive” – or so he thinks!

Of course, he ISN’T alone – and soon finds himself in a battle with mutated kinda-zombies in a battle to survive…

According to the terrific website IMDB, Charlton Heston had read the original novel on an airplane, and wanted to make it into a new film….without knowing this:

Heston was unaware that the book had already been made into a film in 1964 called “The Last Man on Earth”, starring another movie legend, Vincent Price.

“You know the old song? If you were the only girl in the world, and I was the only boy, well, okay, but until then, don’t bother me? Well, I guess I’m the only boy…”

One of the interesting social aspects of this 1971 film: Heston has a love affair with an African-American woman in the film – another survivor he meets…a love affair that was eyebrow-raising at that time!

Bravo to all concerned for including this socially-daring casting – inter-racial romance was somewhat taboo in 1971, and I like that their race isn’t discussed int he film – it was natural to assume that the last man and last woman would become romantically involved – their race was never discussed – it was treated as normal, which certainly wasn’t the case at the time…

Here is the classic trailer for the film, showing life in New York City in 2022!

As you saw in the trailer, by the year 2022, Earth is overpopulated and polluted; our nation is kept alive by new kind of food, provided by Soylent Industries. But is this food REALLY plankton from the oceans?

When an Executive is murdered, a tough NY Detective investigates, and discovers the disturbing secret of the ingredient used to manufacture Soylent Green! 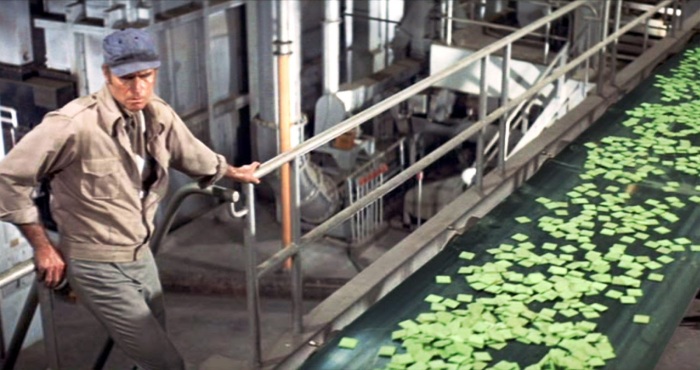 Yes, there’s a secret ingredient in this little green wafers…an ingredient that has become a pop culture phenomenon! 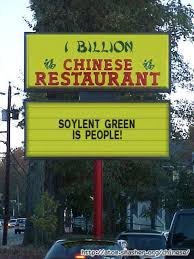 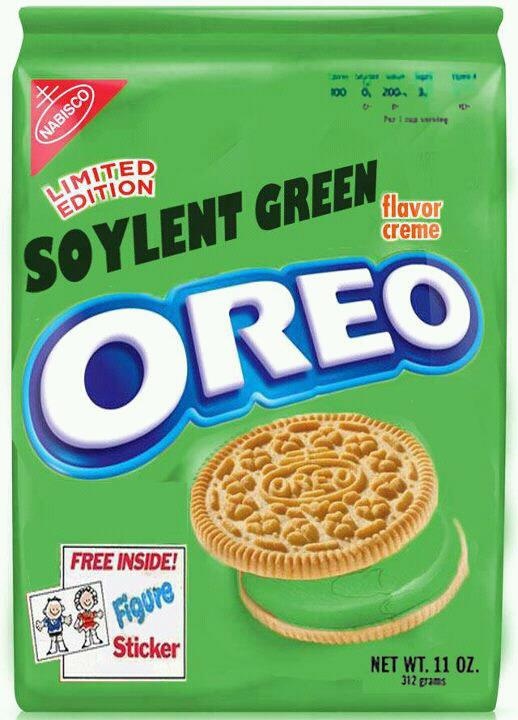 Sorry if you REALLY didn’t already know, but it is one of the funniest punch lines that lives on from this science fiction classic – you find this line used on T-Shirts, restaurant billboards and more – but here is something about the film that you might not know:

“Soylent Green” Is The Origin Of “Green Day!”

A sign saying “Tuesday is Soylent Green Day” appears in the film. Some people suggest that this inspired the name of the rock band Green Day. The font on the store-front window matches the ones that are used on Green Day’s “Uno”, “Dos”, and “Tres” albums!

So there you have it, Charlton Heston’s “perfect storm” of science fiction classics, all available on demand and blu-ray for you to enjoy!