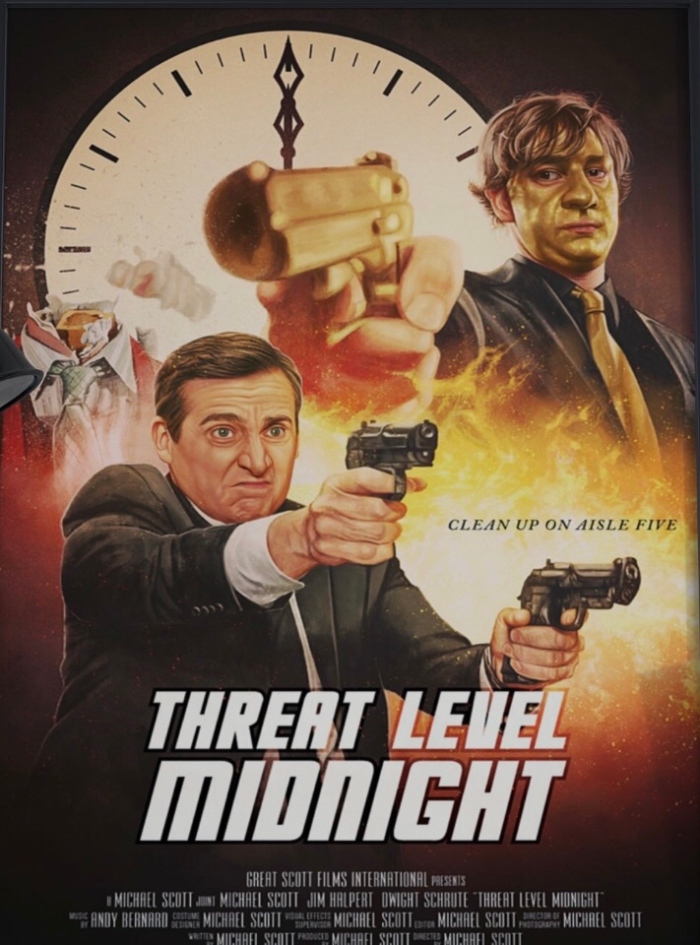 The Year’s Most Explosive Action Thriller Is Here – Thanks To Michael Scott!

Fans of “The Office” know that Michael Scott wrote a script for an action movie he was going to star in – the name?

It’s one of the funniest episodes of this classic TV series.

“Fans of the The Office know Michael Scott penned the screenplay for an inept spy thriller called ‘Threat Level Midnight’. Pam discovered the script in season 2, and viewers got a taste of the actual movie in season 7.”

Jim and Pam corral a bunch of staff to do a “table read” of the script – and it’s hilarious!

Well, after all these years, “The Office” has made the entire 24 minute film available on YouTube! 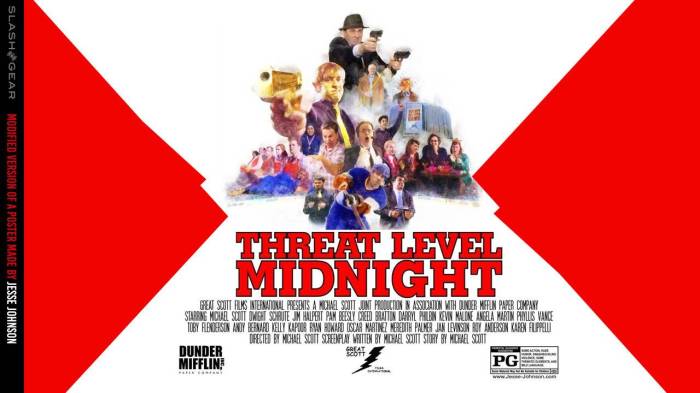 Previously, it could be seen only as an extra as part of the season 7 DVD, notes the AV Club. The latter website also finds the length interesting, roughly the same as a regular episode of the show. That raises the question of whether it was originally meant to be seen on TV. Regardless, the adventures of secret agent Michael Scarn await those who miss The Office.

I agree, I don’t care why they did it, I just love that they did!

If you like this story, why not sign up to receive emails whenever I post? It’s easy to do, I do NOT collect any information about you at all, there are absolutely NO ads of any kind, just stories about movies, music, books, food, travel and pop culture…

Leave me a comment and let me know what you think of this “Michael Scarne” classic!

Like Loading...
‹ “Clam” Candy Canes! “What The Friday!?!?! Has The Wackiest Food To Hang On Your Tree!
Two Beatles Headline Five Holiday “Songs For Sunday!” Eagles! Kelly Clarkson! Hall & Oates Too! ›