Time To “Get Shorty!” This “Cult Monday Monday” Heads To Hollywood With Chili Palmer!

“Rough business, this movie business. I’m gonna have to go back to loan-sharking just to take a rest.”

With those words, John Travolta gives one of his best performances as Chili Palmer, a loan shark who wants to break into the movie business…this “Cult Movie Monday” celebrates cinema with the 1995 Classic: 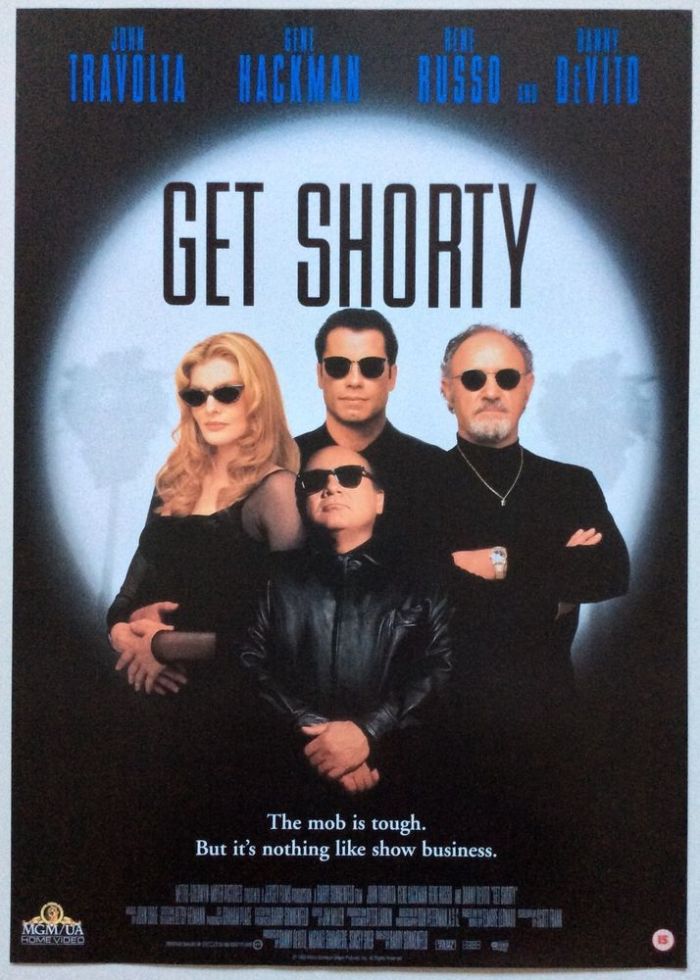 The Brilliant “Get Shorty!”

Here is the trailer, which captures the film perfectly: 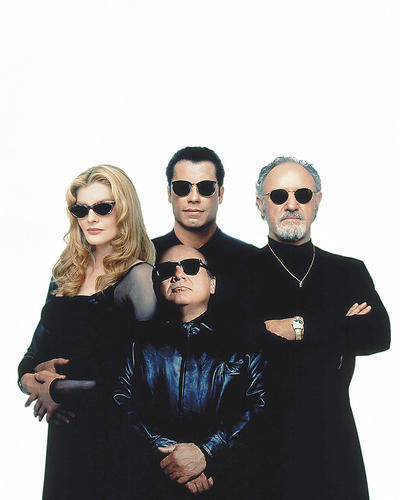 Author Elmore Leonard said that this is the best film adapted from one of his books, and I can’t argue..this is one of my all-time favorite films, because it’s a “Sharp as a knife” sendup of Hollywood!

Travolta is perfect as the low-level Mobster who heads to Hollywood to collect a debt.
Instead, he falls in love with the idea of making movies.

He meets a “B”-movie Actress played by Rene Russo, along with a “B” movie Producer played by the legendary Gene Hackman. 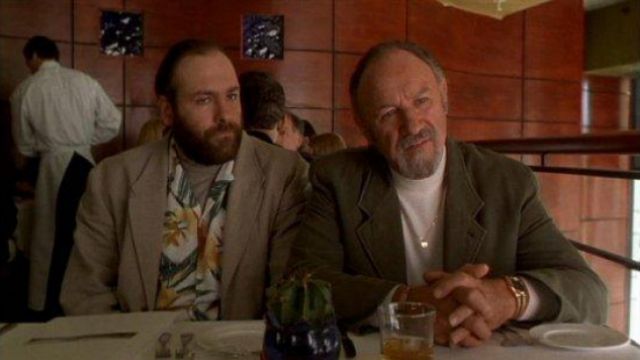 James Gandolfini has a great supporting performances as a movie stuntman who also works as “muscle” for small time hustler Delroy Lindo.

The late character Actor Dennis Farina is also terrific as Ray Bones, a Miami Mobster who has to come to Hollywood to find out why John Travolta hasn’t collected the debt yet. Here is their exchange:

Chili Palmer: “How did you get in here?”

Ray Bones: “It was easy. I told ’em I was you, I acted real stupid and they believed me.”

“Get Shorty” LOVES movies – like this great exchange between Delroy Lindo (Bo) and John Travolta (Chili Palmer), who doesn’t let a gun being pointed at him get in the way of correcting Lindo’s movie error:

Bo (holding a gun on Chili): “You broke into my house, and I have a witness to it.”

Bo: “Only this time it ain’t no John Wayne and Dean Martin shooting bad guys in “El Dorado.”

Delroy also got to offer up this insult to Gene Hackman, who plays B-movie king Harry Zimm.

“You think we watch any of your movies, Harry? I’ve seen better film on teeth.”

“Get Shorty” is a great great film: a really sharp comedy with action, great one-liners, and a lot of fun – at the expense of the fake world of Hollywood.

FYI, Gene Hackman turned down this movie at first, because he doesn’t usually do comedies. Director Barry Sonnenfeld said that’s exactly the attitude he wanted from him on-set. Play it straight, and let the audience decide if it’s funny.

I love Gene Hackman’s performances, and for his birthday two years ago I shared my ten favorites – click here to see his best movies:

Follow the blog if you want more about movies, music, pop culture and more – and let me know your thoughts on “Get Shorty!”

A Blog about Music and Popular Culture