Stevie Wonder’s Stunning Music! His Trilogy Of Grammy Gold! “Innervisions”, “Songs In The Key Of Life” And “Fulfillingness’ First Finale”! 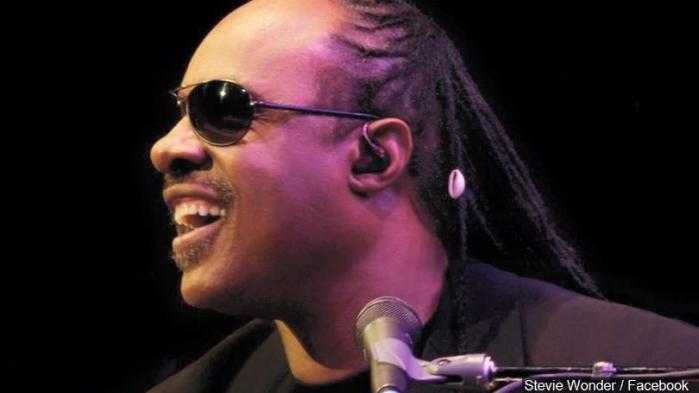 In this time to uncertainty, with a pandemic raging around the world, I wanted to share some music that will soothe your nerves and inspire you as well… 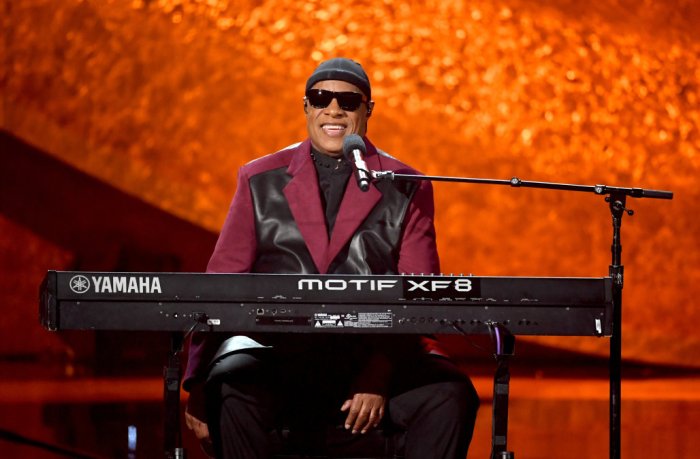 I have been listening to these Stevie Wonder albums – filled with songs of joy, pain, inspiration and a belief in the best of all of us.

I wanted to celebrate his music by focusing on one of the most creative periods in his life, and the songs he created that are as timely today as ever!

One Artist in the 1970’s released three albums in a row – and ALL OF THEM won The Grammy For Album Of The Year!

Who else could have had this run of brilliant music but the visionary Musical Genius Stevie Wonder!

Stevie Wonder is currently tied with Frank Sinatra as the solo artist with the most GRAMMY wins for Album Of The Year with three. But Stevie did it with three albums in a row!

Blind since shortly after his birth, Wonder was a child prodigy known as Little Stevie Wonder, and he signed with Motown’s Tamla label at the age of 11. In 1963, his single “Fingertips” was the No. 1 hit on the US Billboard Hot 100 – and made him the younger Artist ever to have a #1 hit – he was 13 years old! 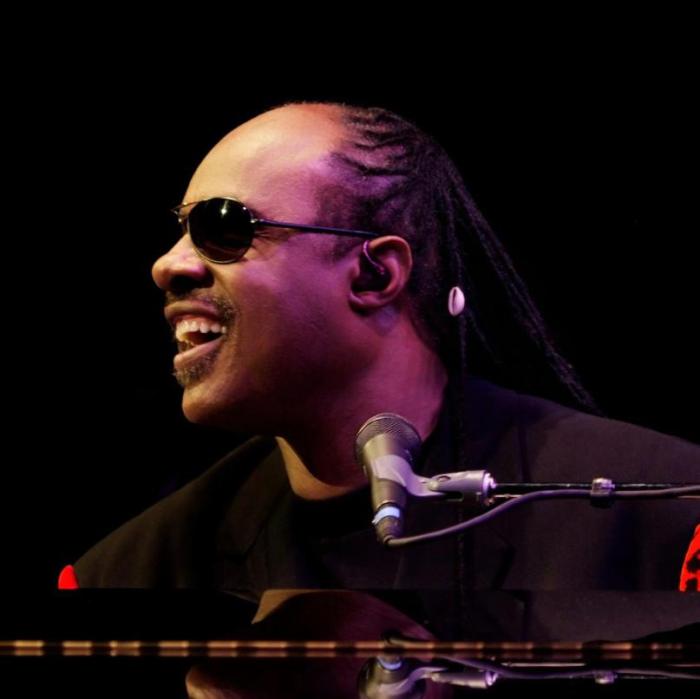 Of course, he has had more hits can you can count, but there was his”classic period”, which resulted in those 3 consecutive Grammy Awards.

Let’s take a look at these three musical masterpieces, beginning in 1973 with this album:

This album was released in 1973 and incredibly, was already Wonder’s 16th studio album!

The nine tracks tackle themes and issues like drug abuse in “Too High”, and his searing look at racism in the brilliant song “Living for the City”:

The lyrics are stark and timely:

Here is a live performance by Wonder from 1974:

Wonder’s beautiful songwriting is in display in the ballads “All in Love Is Fair” and “Golden Lady”.

Another classic Wonder song is here: “Don’t You Worry ’bout A Thing”, and I’ve always loved it because it begins this way:

The opening melody is reminiscent of Horace Silver’s “Song For My Father” over which Stevie engages in an English dialogue with a woman, trying to impress her with talk of worldliness of having been to “Iraq, Iran” and a made-up place he calls “Ukraingia,” before changing to Spanish, using the phrase “Todo está bien chévere”, which loosely translates as “Everything’s really great,” continuing with an attempt to impress the woman.

“Innervisions” is a masterpiece and in 2003, the album was ranked number 23 on Rolling Stone magazine’s list of the 500 greatest albums of all time…

Three days after the album’s release, on August 6, 1973, Wonder played a concert in Greenville, South Carolina.

As wikipedia reports on what happened after the show:

“Wonder was asleep in the front seat of a car being driven by his friend, John Harris, when they were snaking along the road, behind a truck loaded high with logs. Suddenly the trucker jammed on his brakes, and the two vehicles collided. Logs went flying, and one smashed through the wind shield, sailing squarely into Stevie Wonder’s forehead. He was bloody and unconscious when he was pulled from the wrecked car. For four days he lay in a coma caused by severe brain contusion, causing media attention and the preoccupation of relatives, friends and fans.”

Yes, incredibly, Wonder came back with a new album the next year! 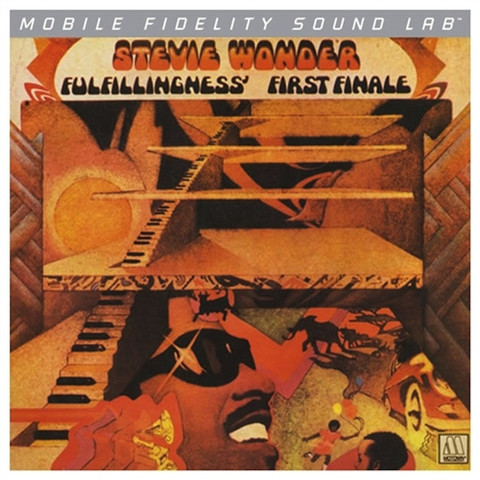 Yes, the very next year, Wonder released “Fulfillingness’ First Finale”, which was his first album to top Billboard’s pop charts!

Why? Because of massive hits like “Boogie On Reggie Woman” and “You Haven’t Done Nothin'” where he is backed by The Jackson Five – and it’s another searing indictment of President Nixon:

Here is Wonder performing the song live on TV in 1974:

“Fulfillingness’ First Finale” won Grammy Awards for Best Male Pop Vocal, Best Male Rhythm and Blues Vocal Performance (for “Boogie On Reggae Woman”), and of course, was Album of the Year in 1974.

Two albums in a row, two Grammy Awards for Album Of The Year…what could top that? Perhaps his great album ever!

Songs In The Key Of Life! 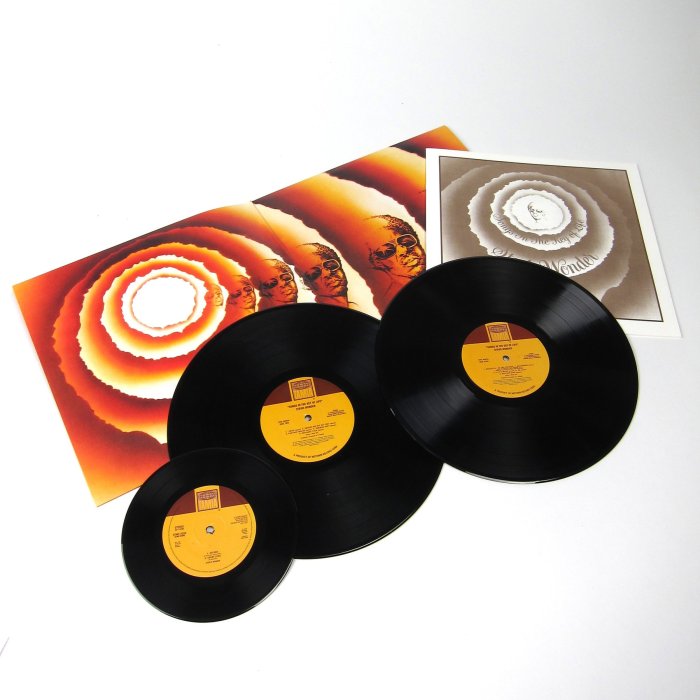 “Songs in the Key of Life” is a masterpiece, pure and simple – not only because of all of the huge hits included, like “Isn’t She Lovely”, “I Wish” and “Sir Duke”, but because of such influential songs as “Pastime Paradise”, which was heavily sampled by Coolio on his song “Gangsta’s Paradise.” In fact, when I played this album for someone, they were stunned to know that Wonder wrote the song!

“Songs” became the best-selling and most critically acclaimed album of Wonder’s career. In 2005, it was inducted into the National Recording Registry by the Library of Congress, which deemed it “culturally, historically, or aesthetically significant.”

One of the best songs is “I Wish”, a look back at his years growing up – and I was lucky enough to see Wonder performing the album in its entirety live in Chicago.

Wonder was so prolific that he also included a bonus EP with the double album, with 4 more songs like the classic “Saturn”, which I saw him perform live as well – here it is:

As I said, I was lucky enough to see Stevie Wonder perform the “Key Of Life” album in its entirety – here is a look at the concert and a couple of additional live clips as well:

Let me know if you own these albums, and if not, now is the time to ask Alexa to play them for you!