Films In The Key Of “X-Y-Z”! Great Movies To End The A-Z Countdown! 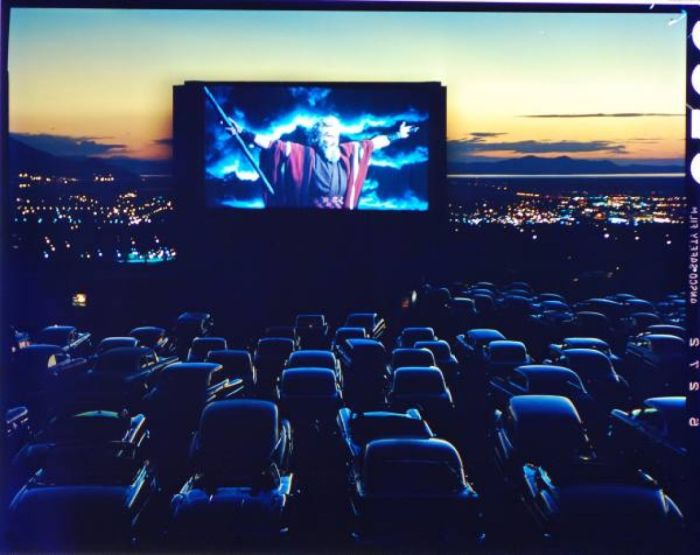 Celebrating The Power Of Cinema!

I love movies, and have had a blast lately sharing some of my favorites on a special series of lists that celebrated the unique, obscure, offbeat and just plain strange films that we can all enjoy.

Time to wrap up my “Movies from A-Z” series with ten films that cross over the last three letters of the alphabet – the “X,Y & Z” of it all – and guess what? That’s the name of our first film as well! 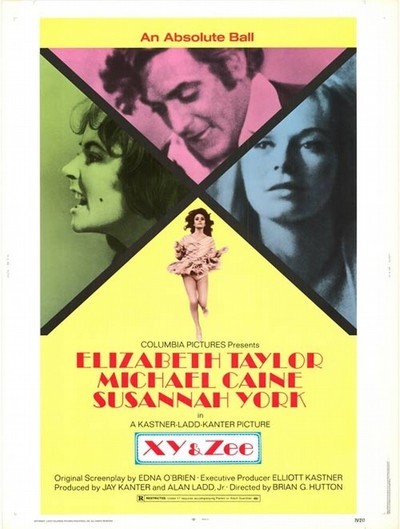 This amazingly obscure 1972 British film starred Elizabeth Taylor and Michael Caine as a middle-aged, bickering couple whose marriage is on its last legs, and Susannah York as the woman who comes between them. 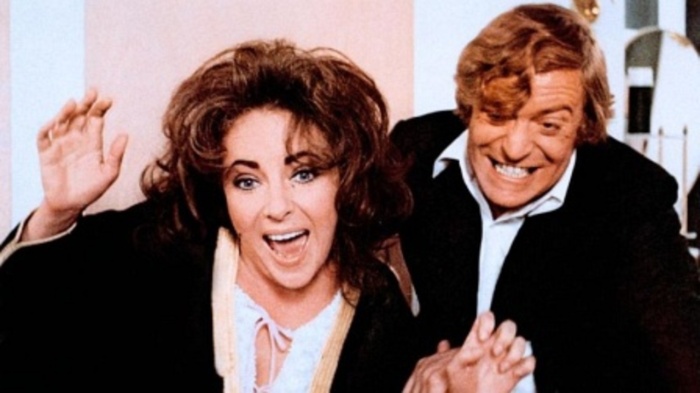 Michael Caine has a great movie career, and made such classics as “Get Carter” and “Sleuth” in the 70’s, but this one is never mentioned!

Next up, another film that wasn’t enjoyed, but boy did you all love the theme song! 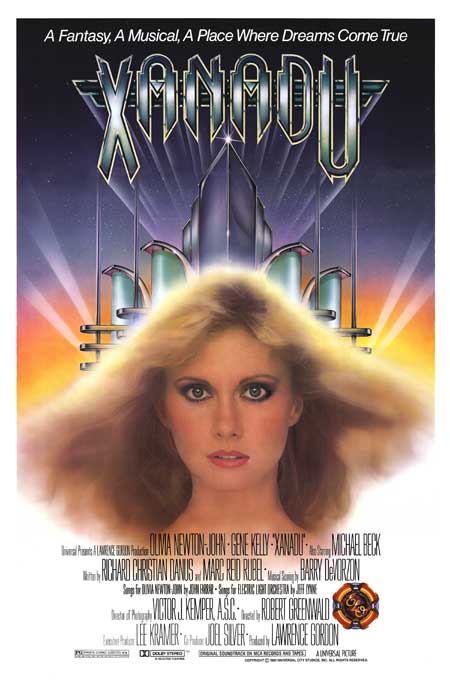 In 1980, move audiences were bewildered by this romatanic musical fantasy starring Olivia Newton-John. The title is a reference to the nightclub in the film, which takes its name from Xanadu, the summer capital of Kublai Khan’s Yuan Dynasty in China.

But forget all that – the title track was written by Jeff Lynne of ELO!

Here is the #1 single from the movie, with Olivia Newton-John and Gene Kelly!

Yes, I admit to owning this movie, because sometimes “camp” can be so much fun! The ELO song is great – they are under-appreciated – see more of their musical legacy here:

Next up is the first in a long list of superhero movies: 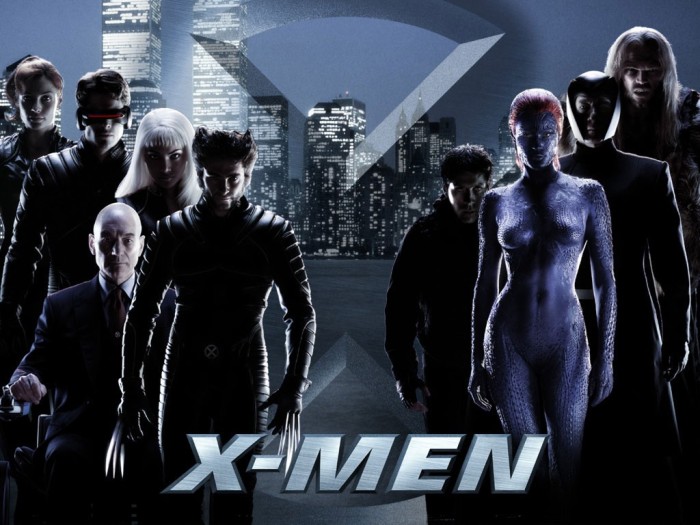 In 2000, the first “X-Men” film came out, and is still the best, in my opinion. We meet the characters and set up the story of these mutants…each film afterwards has struggled to maintain the focus…here is the trailer: 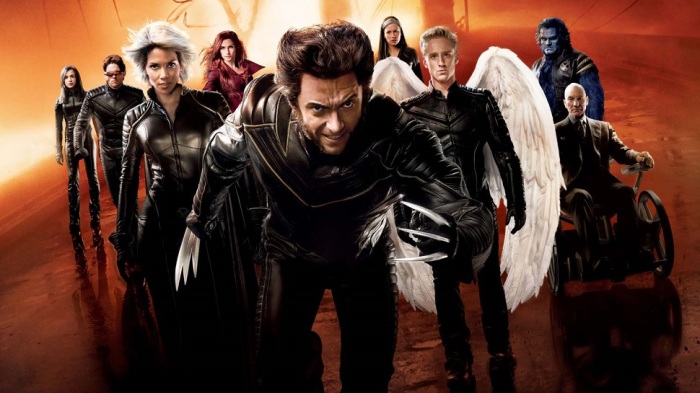 I worked with Olivia Munn and she joined the cast for the last film – here’s to many more to come! 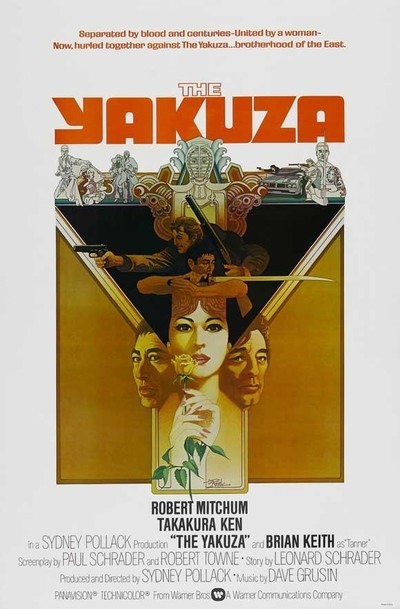 In 1974, legendary Director Sydney Pollack made this action thriller about the japanese underworld, and he had the legendary Robert Mitchum as the star – here is the trailer: 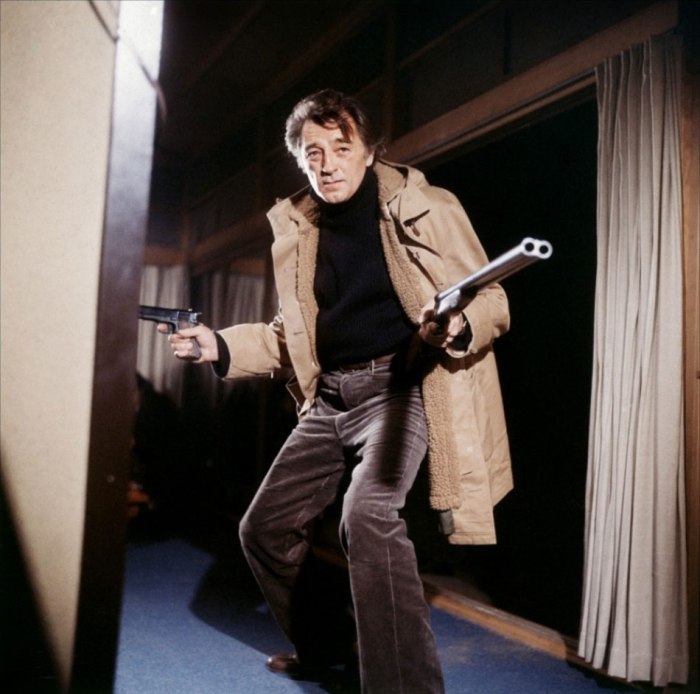 Mitchum was the perfect “anti-hero” – a renegade who lived by his own rules. In 1973 he starred in a terrific film called “The Friends Of Eddie Coyle” – check it out here:

From tough guys to the fab four, time now for a musical adventure with the greatest band of all time: 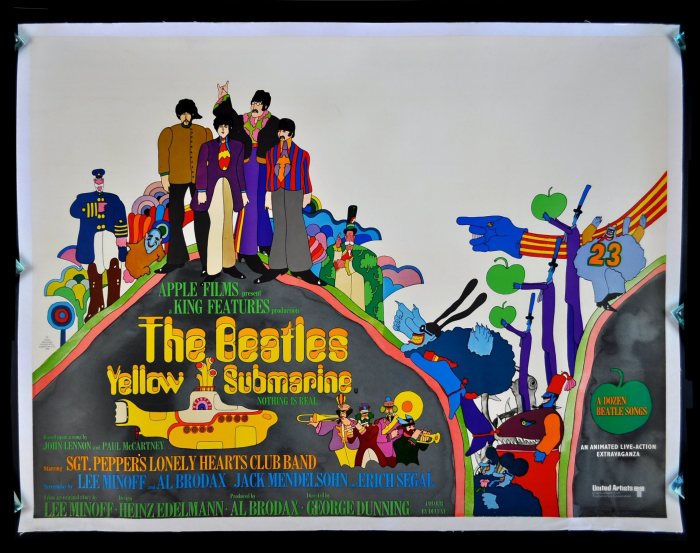 In 1968, The Beatles “starred” in the animated musical “Yellow Submarine” – a unique, charming film that has stood the test of time…here is the trailer: 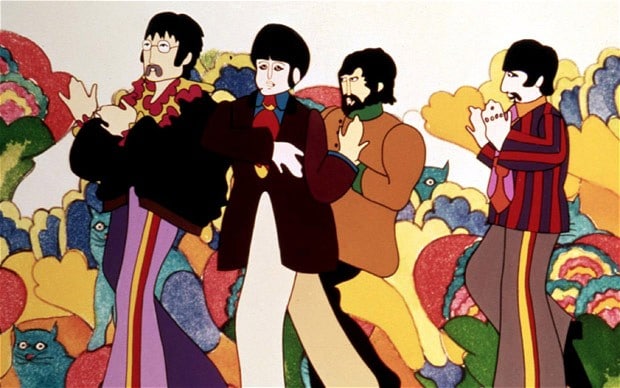 If you’ve seen the movie, you know that the boys only show up onscreen at the very end to lead a singalong of “All Together Now!”

They were the greatest musical artists of our time, but didn’t always make the smartest movie choices: 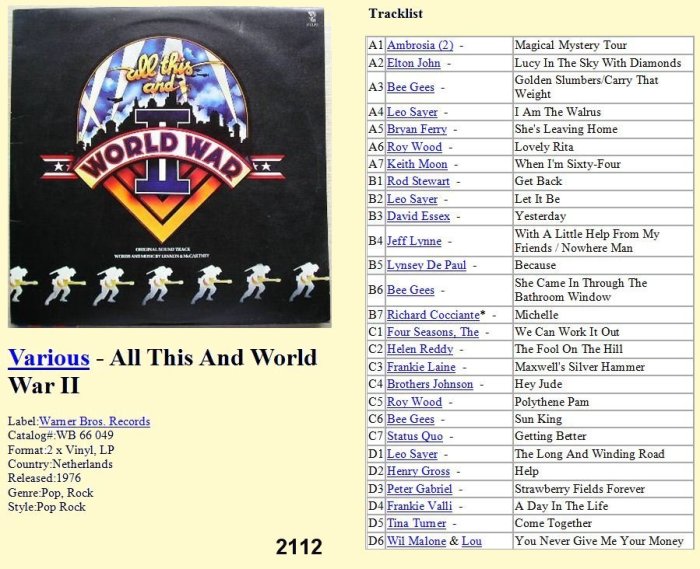 Ever heard of this film? A documentary of World War II footage covered by Beatles songs – sung by other Artists? Oh my! OH NO! See more here:

From the Beatles to Bond, James Bond – one of my favorites: 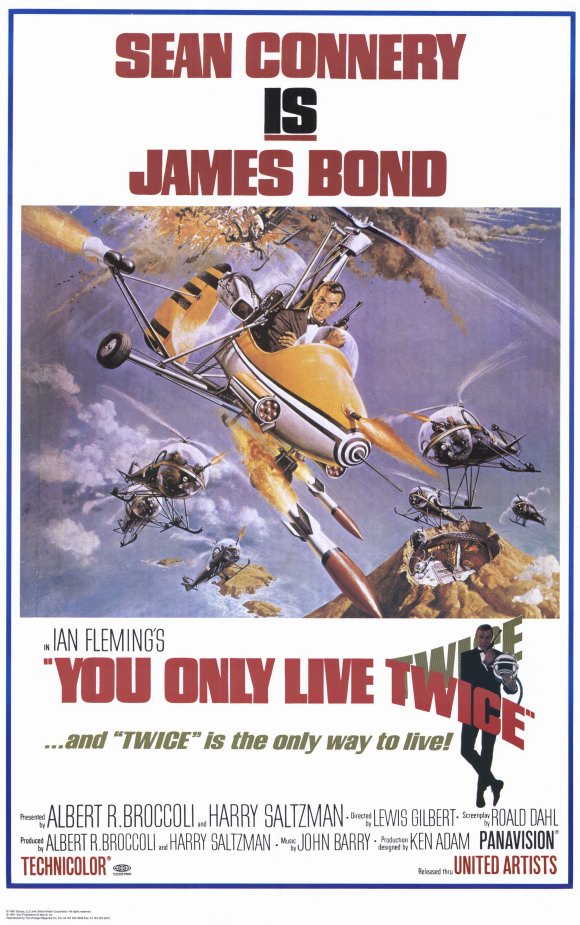 The fifth Bond movie mixed it up by sending 007 to Japan – and added the biggest threat to the world ever! Here is the trailer: 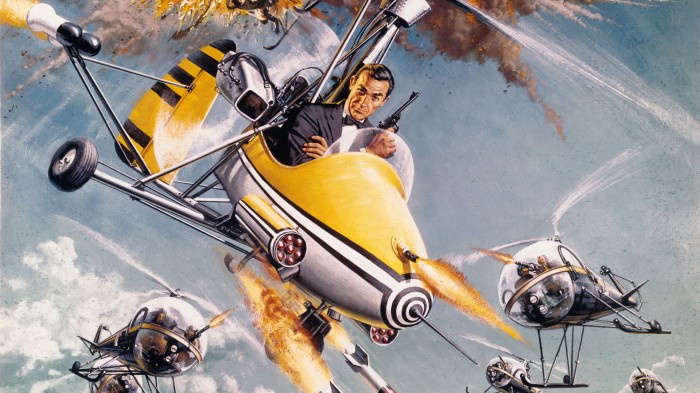 “Little Nell” was just one of the fun gadgets that Sean Connery got to play with – of course, he left the series after this movie, but did you know that it was 55 years ago that James Bond was born? See the “beginning of Bond” here:

Next up is what for me is one of the 3 funniest films of all time! 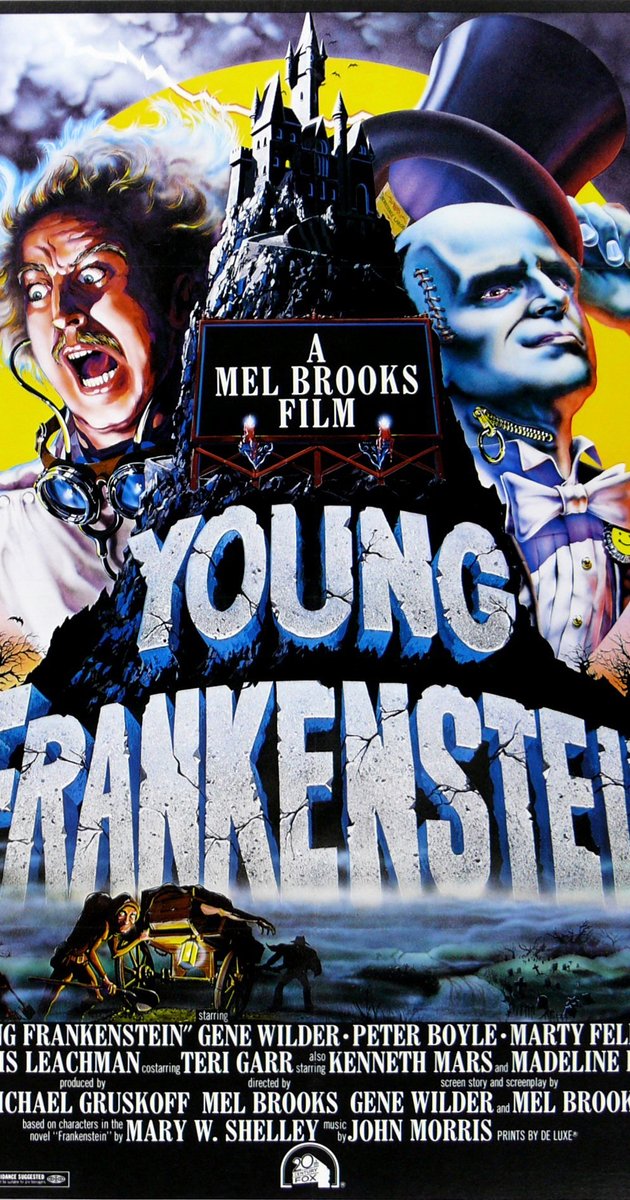 The story of Doctor Frankenstein, as only Mel Brooks could tell, with Gene Wilder, Marty Feldman, Teri Garr, Madeline Kahn and Peter Boyle as “the monster.” Here is the trailer: 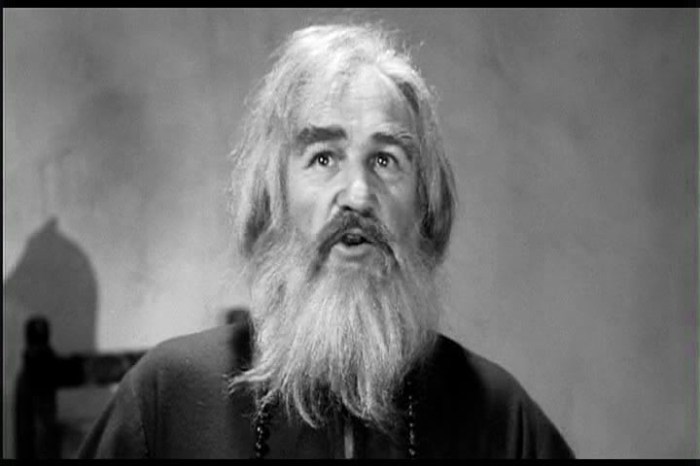 Legendary Actor Gene Hackman shows his gift for comedy in one scene as well. This movie is brilliant in every way – and if you like Hackman, here are my ten favorite films by the Actor:

Next up is an obscure film that takes you back to the height of the political protests during the Vietnam War: 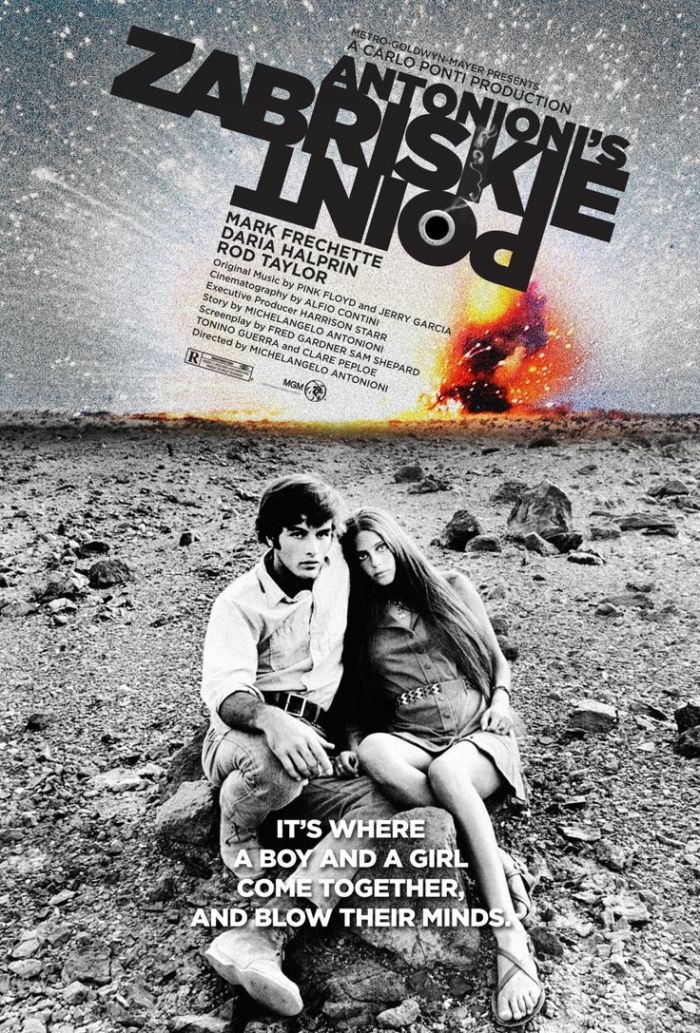 As this film’s trailer says ominously:

“How you get there depends are where you’re at…”

In 1970, it was the height of the counter-culture movement, and studios were trying to capture that sense of unrest with cult films like “Easy Rider” and “Zabriskie Point”. Director Michelangelo Antonioni tells the story of a young couple who are involved in violent anti-war protests…check out the trailer: 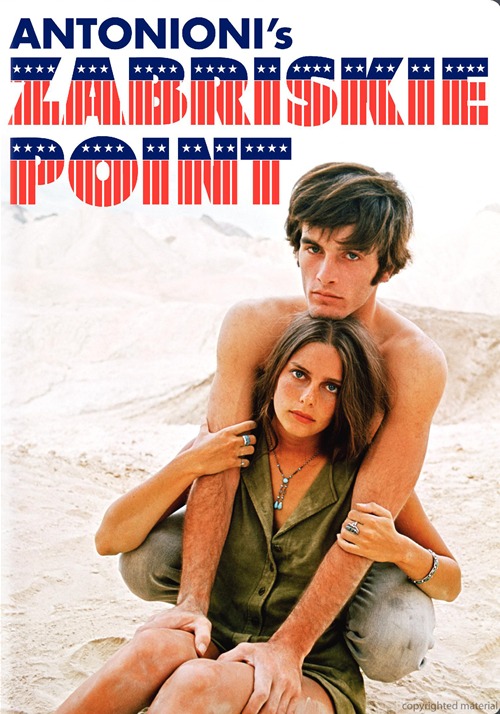 This is a fascinating “time capsule”, especially when held up to the protests that have happened in the last few years…

Of course, I have to include my next choice for one reason alone: this photo! 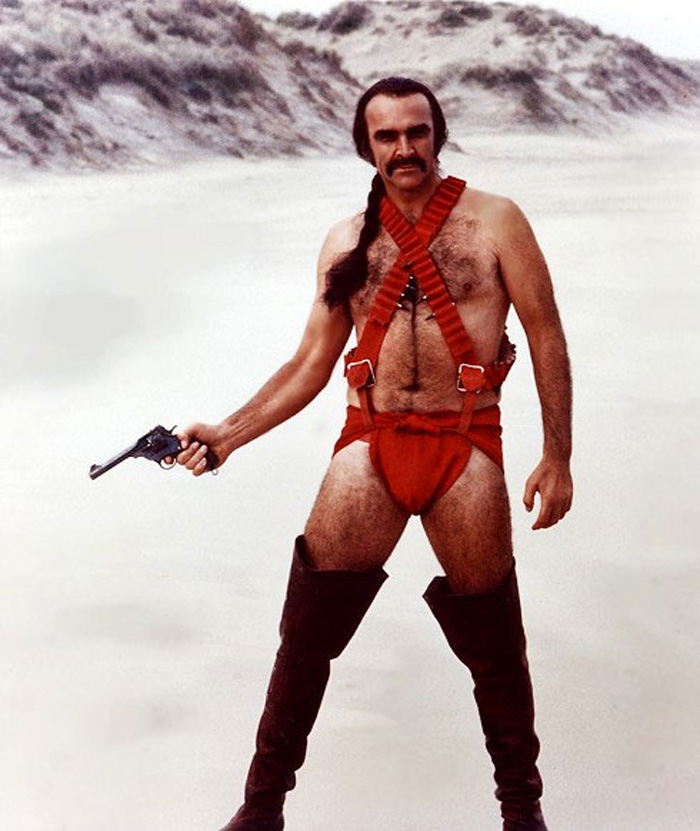 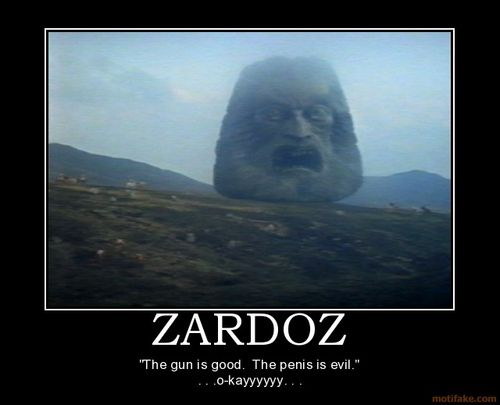 Yes, that is actual dialogue from the movie, spoken by a giant rock head that floats over the english countryside…this movie has to be seen to be believed!

Finally, I leave you with one of the most entertaining comic horror films of the last decade: 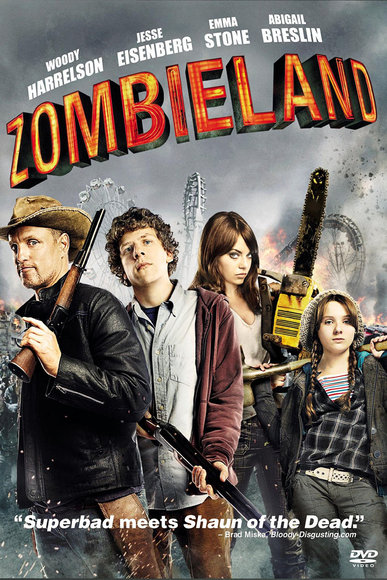 This terrific 2009 film has a great cast – all in search of a safe place to hide when zombies take over the world. 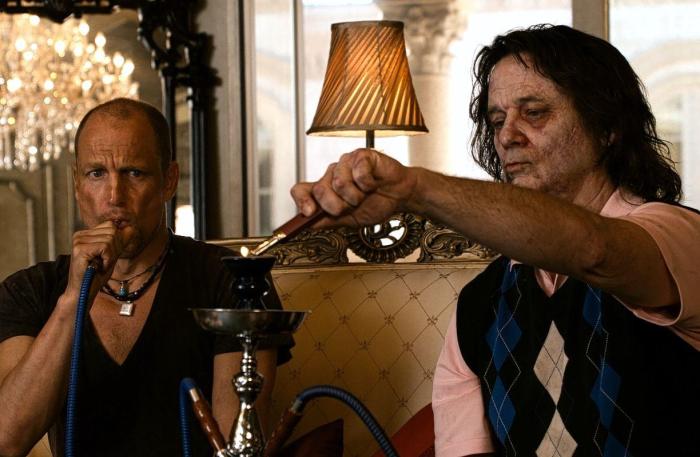 So many things to love about this movie, but Bill Murray’s cameo is certainly a highlight. A fun movie that holds up on multiple viewings…

There you have it: 240 films across the 26 letters of the alphabet…feel free to click on my home page and “movies” and see them all…Sean Connery says thanks for reading! 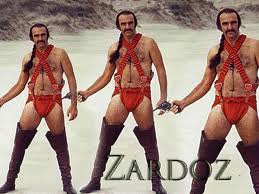