It’s another gorgeous day in Malibu, as the waves crash against the California shoreline – and people are eagerly anticipating the solar eclipse… 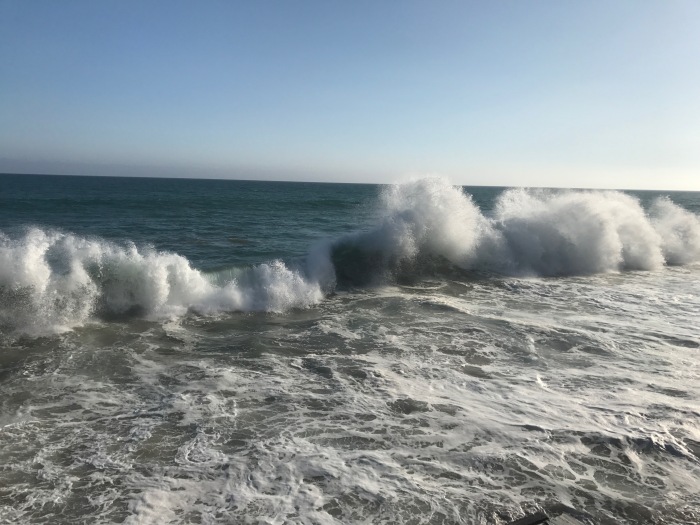 The pacific ocean seemed to want to get into the celebration, for we saw some of the biggest waves in Malibu ever – loud and huge…. 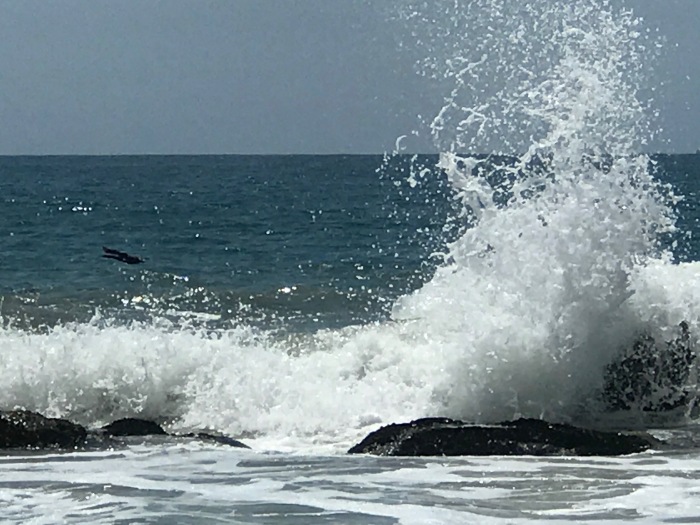 Because of the upcoming full moon, the waves are larger than usual, and the high tide created some amazing water action at the steps leading to the beach! 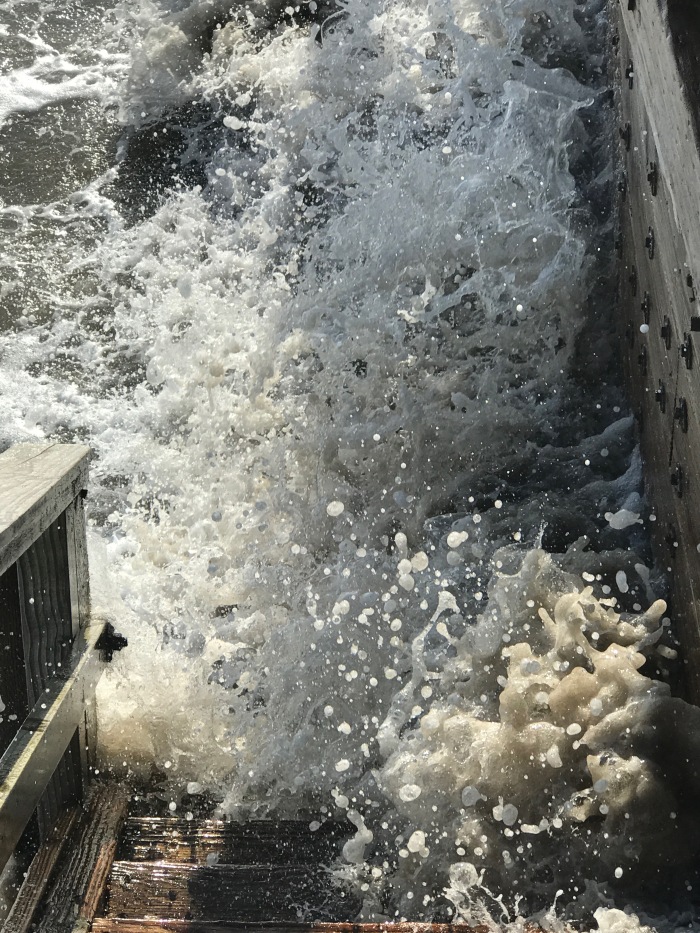 Here is a video I took of the waves having a good time as the high tide approached: 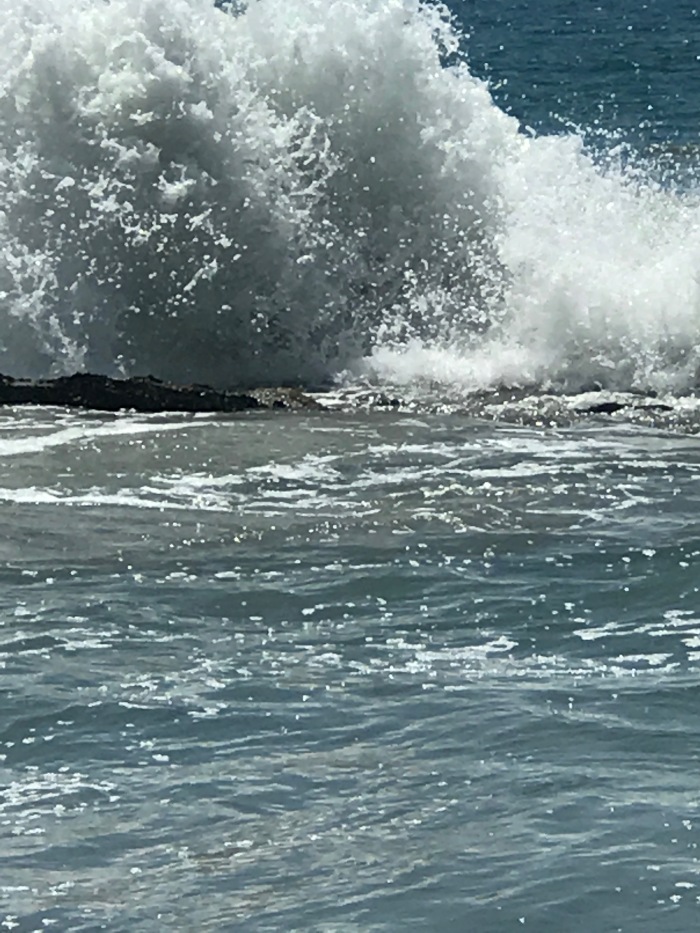 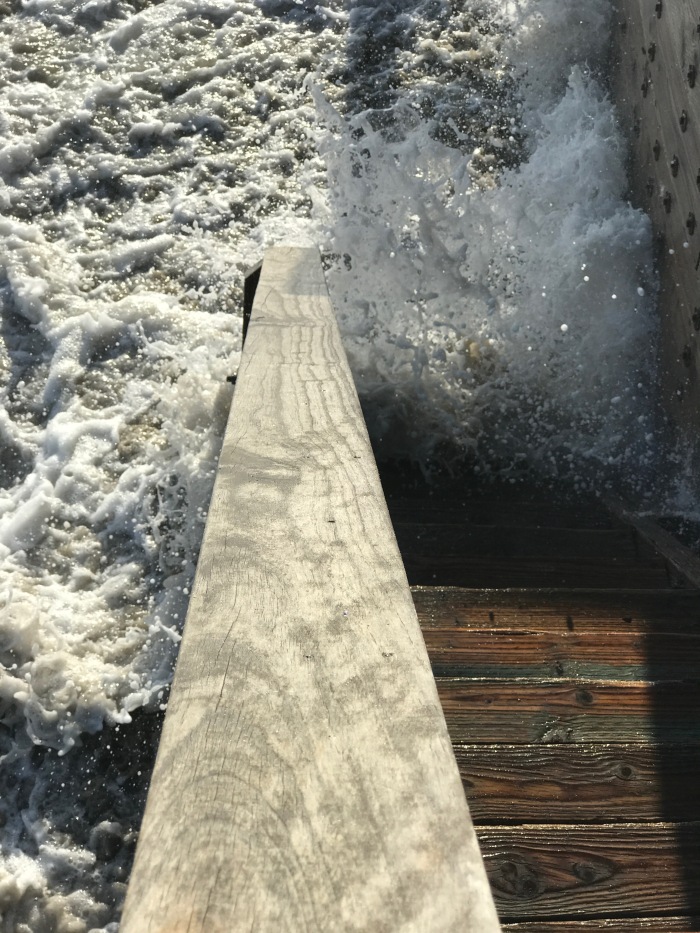 The waves have been amazingly strong here, and I could literally watch them for hours…but I decided to get a bit closer for some shots of the waves crashing into the bulkhead…leading to this shot that ended up all over me! Yes, at the end of this video, I found myself right in the path of the spray…

Water In The Movies!

My sister-in-law Lauren told me I needed to showcase great movie moments that took place on the beach, and here are a couple – beginning with this woman, who sees something in the water… 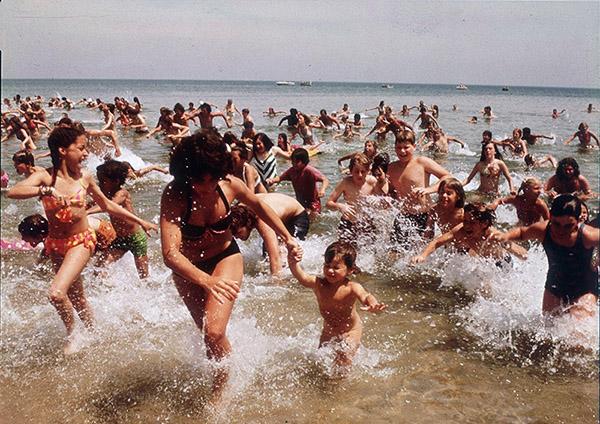 Forty-two years later, this shark still shocks movie lovers, but for some reason, Spielberg never seemed that nervous about his villain: 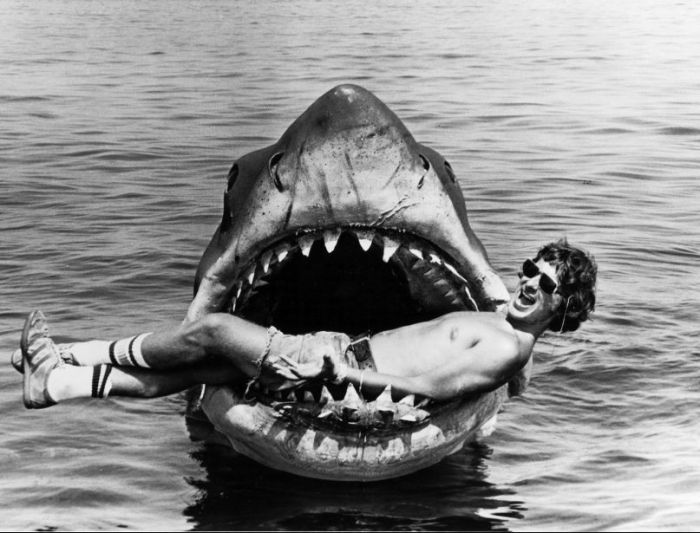 If you want to read more great trivia about this classic film, click here:

Sometimes, the only things you need to make a beach moment iconic is to just step out of the water: 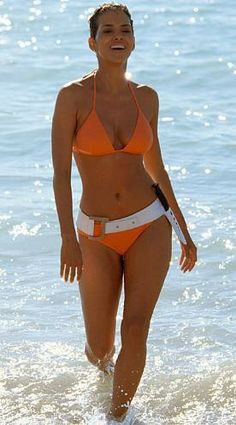 Halle Berry did just that in 2002’s “Die Another Day” as NSA operative Jinx. As EW noted:

“In the grand tradition of Bond girls — most notably Ursula Andress as Honey Ryder in 1962’s “Dr. No” — Berry rocked a bikini to make a showstopping entrance on the beach.” 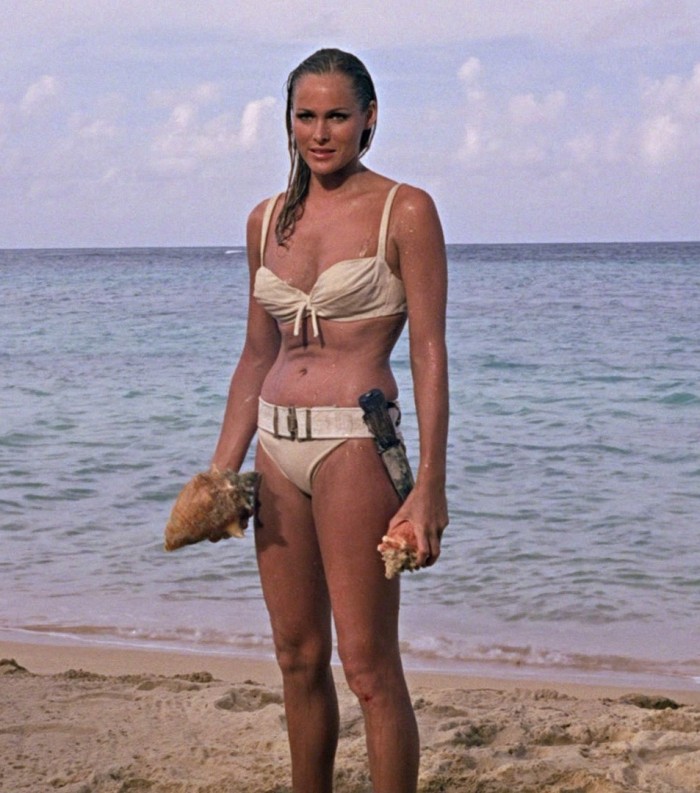 Yes, Andress made quite the entrance in the first 007 movie – did you know her nickname was Ursula “UNDRESS?”

See more about her “casual relationship with clothing” by reading my story here:

Another iconic movie moment was the first time you got to see Daryl Hannah in her “natural state” in “Splash”: 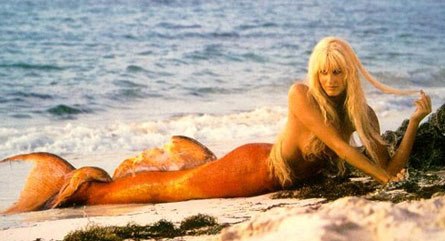 This movie moment from 1984 helped make “Splash” a big splash at the box office.

But enough of women partially clothed – how about the same with Ralph Macchio? 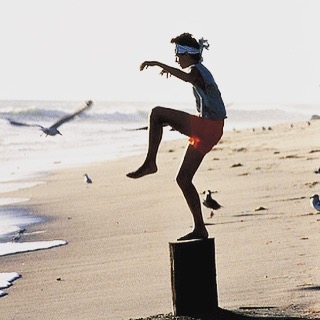 Yes, “The Karate Kid” has a memorable beachside training scene, where Macchio works on his balance while developing his “crane technique”!

OK, that’s not fair…going back to 007, let’s all remember when Daniel Craig did his “Bond Girl moment” in “Casino Royale”: 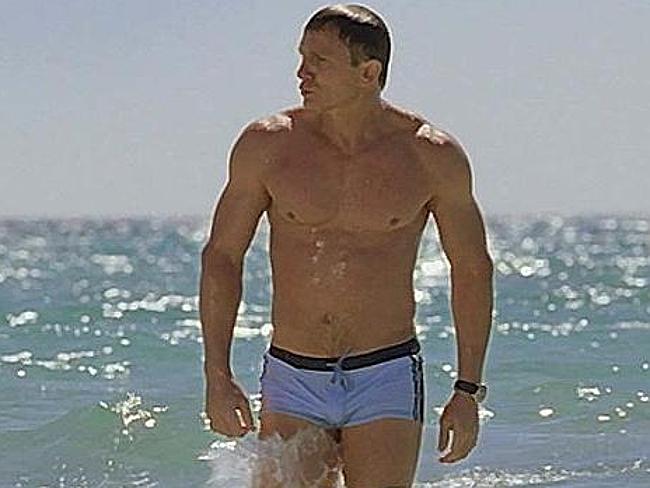 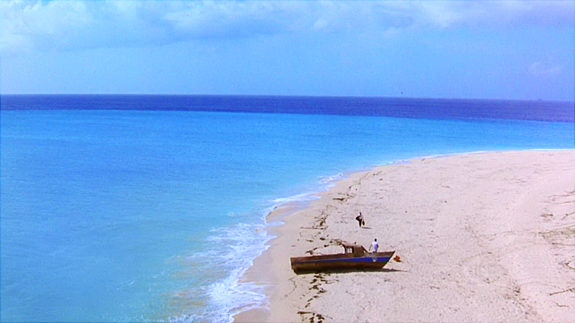 Alex also reminded me of the last shot in “The Shawshank Redemption” – when two old friends reunite in Zihuatenajo…as well as scenes in “Forgetting Sarah Marshall”, when Mila Kunis dares Jason Segal to jump from a cliff into the Pacific Ocean…it doesn’t go well for him… 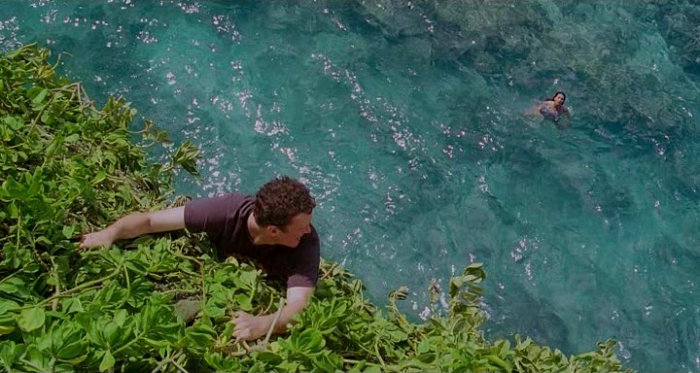 But forget all that – the greatest movie moment involving water is actually this amazing TV moment!

The Origin Of “Jumping The Shark!”

Yes, the TV series “Happy Days” inadvertently created a new catchphrase in season 5 when Henry Winkler – as “the Fonz” – and wearing a leather jacket – jumps over a shark on water skis! 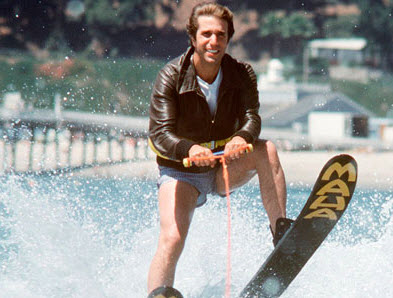 A new catchphrase was created that signals the moment when a TV show or movie goes in such a ridiculously wrong direction that it “jumps the shark!” 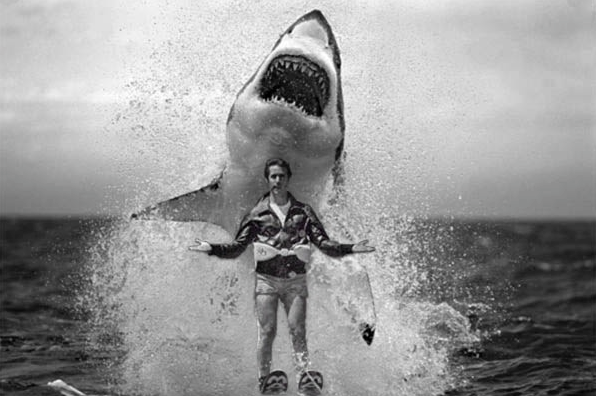 But time to end on a serious note. This is one moment that has to be mentioned, for good reason.

That’s because the single most iconic beach moment in all time in cinema is “From Here To Eternity”! 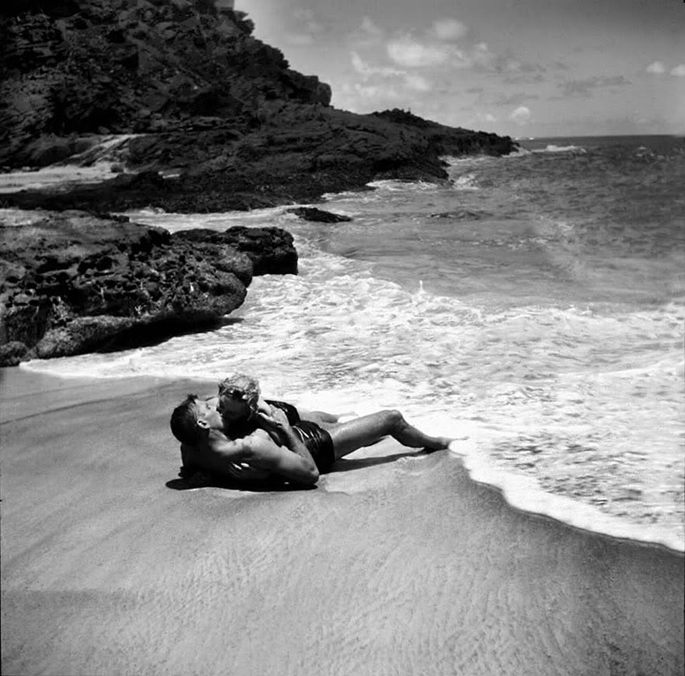 This illicit moment, in which the adulterous lovers kiss like there’s no tomorrow, was originally written with them standing up; it was reportedly Lancaster’s idea to shoot it lying down, with water washing over them! 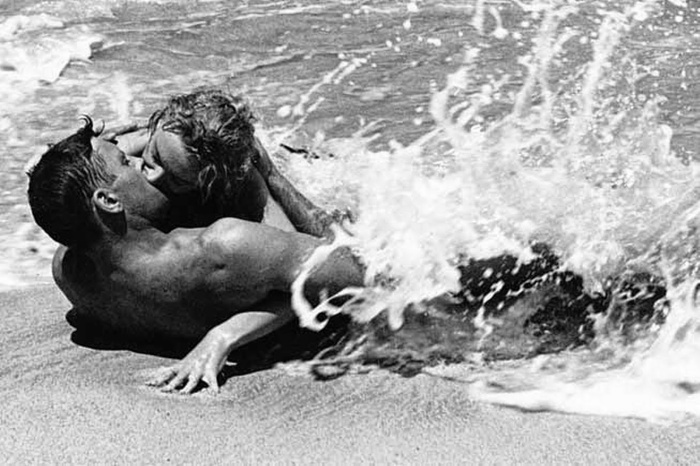 While this moment may have conjured up all sorts of thoughts of intimacy and isolation, making a movie is anything but that, as the behind-the-scenes shot of the moment shows: 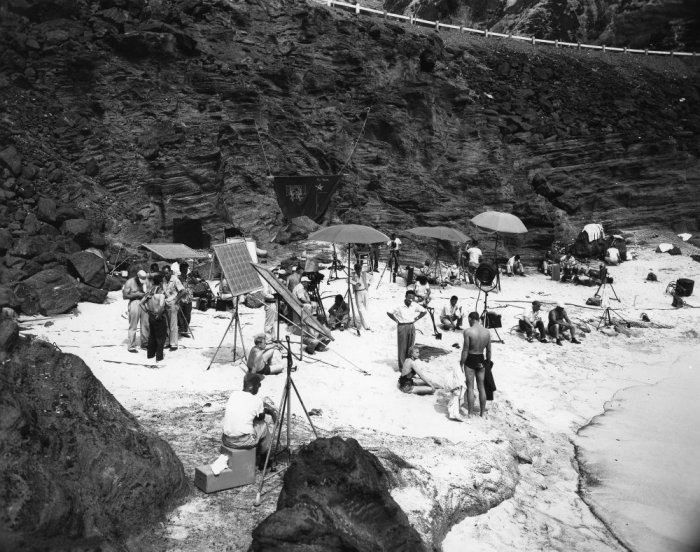 Burt Lancaster and Deborah Kerr has no time to themselves for this scene, which is considered the greatest beach scene of all time.

It was nicely parodied in a number of movies, my favorite being “Airplane!” Their romantic time on the beach left them just a bit more “kelp-covered!” 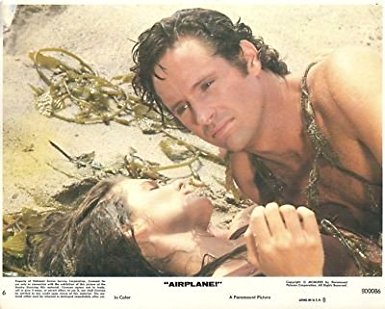 Even animated movies got into the act, as the scene was parodied in “Shrek!” 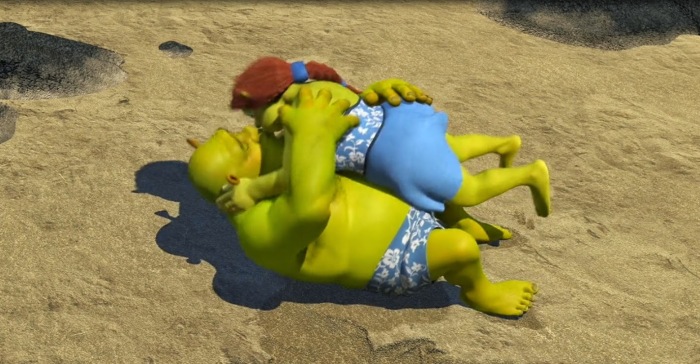 Let me know what iconic beach scenes I forgot – time to get wet and wild in the cinema!

Like Loading...
‹ Killer Movies With A “K”! My “Movies A-Z” Has Kung Fu, Killers And Catholic High School Girls In Trouble!
RIP Jerry Lewis! Comic Legend Was “Nutty Professor” AND Jerry Langford! His “Clown” Drama Will Never Be Seen… ›