No, he was too busy playing piano and writing some of music’s most memorable songs!

Yes, of course there is this one: 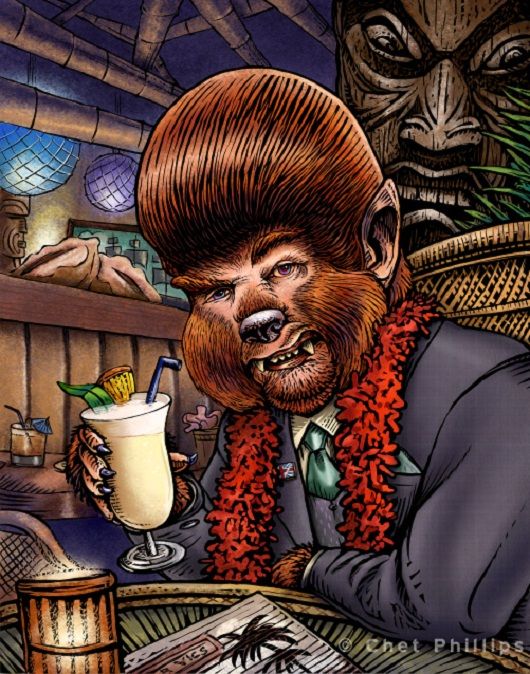 “Werewolves Of London” is his signature song, from the classic album “Excitable Boy”, which also gave us “Lawyers, Guns & Money”: 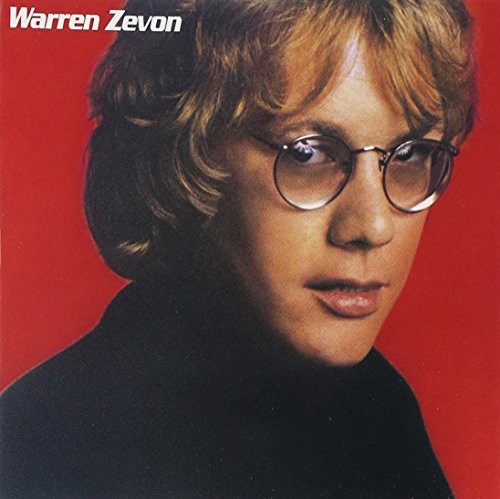 Zevon’s brilliant album may be considered a career highlight, but there is so much more to Zevon – you can read my review of “Excitable Boy” AND see Zevon’s poignant final appearance on David Letterman here:

But his followup album also included some classic Zevon songs, along with a growth in his writing – always acerbic, now even more nuanced and playful….time to get some “Bad Luck!” 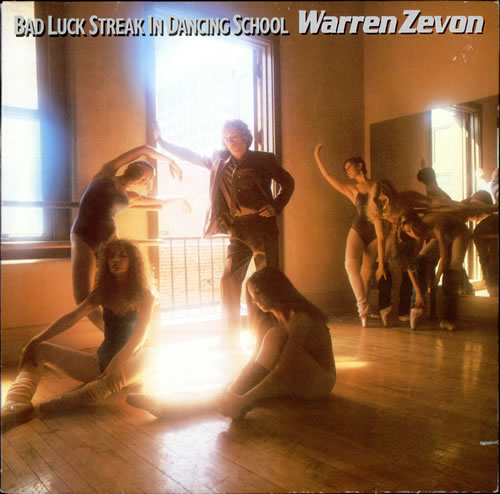 According to wikipedia, there were three singles released from the album, one of which charted, with “A Certain Girl” – a song previously recorded by Ernie K-Doe and The Yardbirds – reaching #57 on the Billboard Hot 100.

About the title: the term “dancing school” has been used as a euphemism for a brothel since the mid-17th century. That’s right: Warren is singing about his bad luck in a brothel!

With the back of the album as your guide, let’s take a look at some of the album highlights, beginning with the title track:

The album gets off to a strong start with this crunchy rocker – a feisty, catchy song that has some great Zevon vocals, and short but sweet lyrics:

Zevon’s cover is upbeat, fun and feisty in equal measure, and here is a great live version from 1982:

The crunchy rocker “Jungle Work” is next, with a hard driving beat throughout, followed by the beautiful ballad “Empty-Handed Heart”:

“All these empty places
I try so hard to fill
Will I find another love?
I pray to God I will
Girl, we had some good times
But time does not stand still
It’s rolling like a rockslide down a hill

I’ve met someone I care for
I know she cares for me
Will I fall in love again?
It’s a possibility
Girl, we had some good times
That time cannot undo
No one will ever take the place of you”

The short “Interlude No. 1” leader to one of his greatest songs:

“Play It All Night Long”

“Play It All Night Long” is a commentary on those who listen to Lynyrd Skynyrd’s “Sweet Home Alabama.” Wikipedia says that Zevon supposes these people only listen to the song because country life is so intolerable!

Here’s a great live version from 1993 that I found on youtube:

Bruce Springsteen shows up as co-songwriter for this great song, and you can see Bruce’s influence on the lyrics:

“From the first time I laid eyes on her I know that she’d be mine
Her father was a lawman, he swore he’d shoot me dead
‘Cause he knew I wanted Jeannie and I’d have her like I said
Jeannie needs a shooter
Shooter like me”

Here is the great live version from 1982: 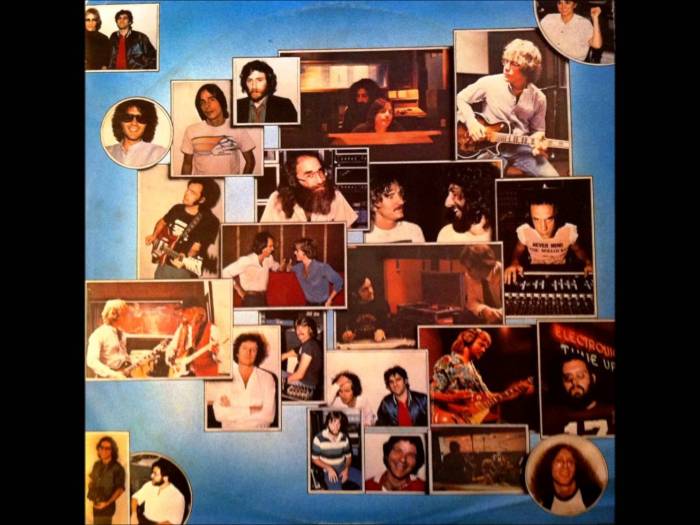 A second short “Interlude No. 2” leads into the short “Bill Lee” – and then, another of his masterworks…

Another Zevon gem: acerbic lyrics with a great chorus!

“Big gorilla at the L.A. zoo
Snatched the glasses right off my face
Took the keys to my BMW
Left me here to take his place

They say Jesus will find you wherever you go
But when He’ll come looking for you, they don’t know
In the mean time, keep your profile low
Gorilla, you’re a desperado”

Here is a rare TV clip from the show “Fridays”, with Zevon performing it live:

Thanks to the great youtube channel “WarrenZevonAddict” for sharing this rare clip!

The album ends with “Bed of Coals”, co-written with T-Bone Burnett – an anthemic, powerful song that brings the album to a majestic close…and then “Wild Age”, which is also hypnotic and anthemic – here is “WarrenZevonAddict”‘s shared live version – audio only – from 1982:

“Bad Luck Streak In Dancing School” is a great album, and deserves more time on everyone’s iPod…let me know what you think!