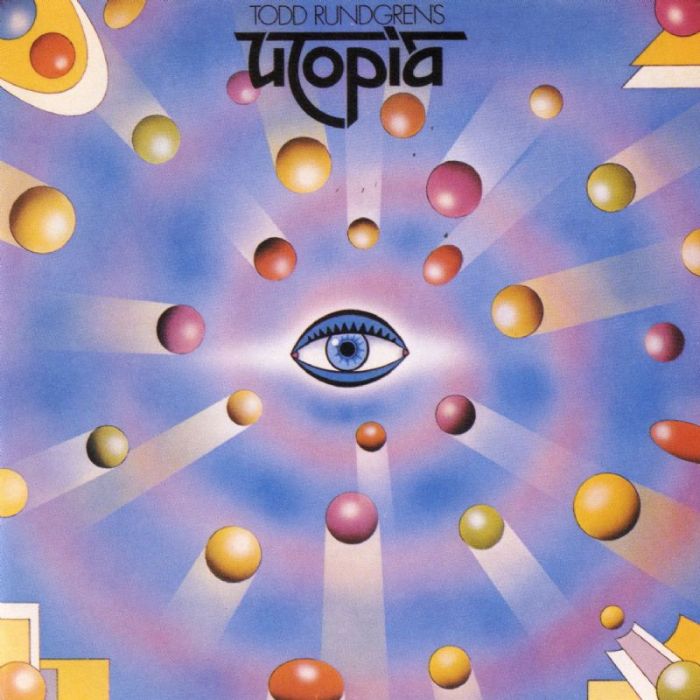 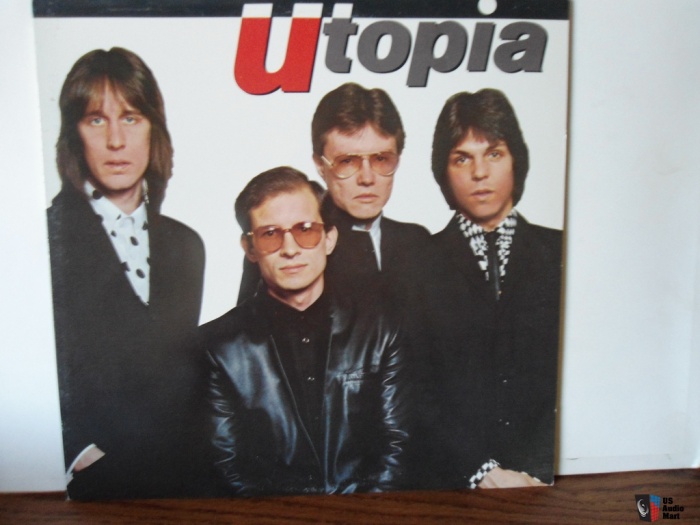 The Two Faces Of Utopia!

Fans of Todd Rundgren and Utopia know there are two albums titled “Utopia”: one is the band’s debut, and the other almost a decade later…both are terrific for different reasons…

This first Utopia album was released in 1974, and was a big hit for Todd, reaching #34 on the charts. The band is playing progressive rock with a Todd twist. Over the next eight years, the band honed their progressive rock sound, transitioning into a more focused power pop sound in the early 80’s, with some interesting turns along the way… 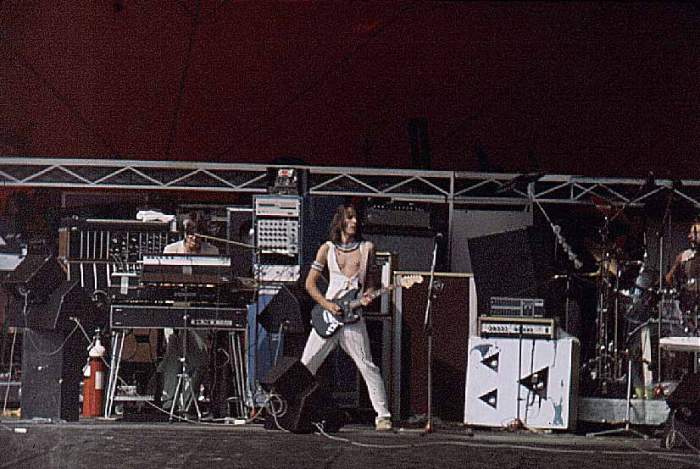 This great photo captures Utopia live at the legendary Knebworth music festival in 1976, and now you can buy these performances as well…click here to see how: 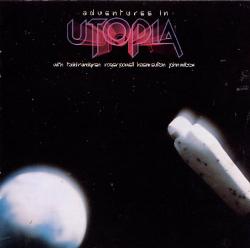 In the late 70’s, the band had their biggest hit with “Adventures In Utopia”, along with their first top ten single “Set Me Free”…but some feel that Todd alienated the band by his decision to follow their smash hit with a Beatles homage: 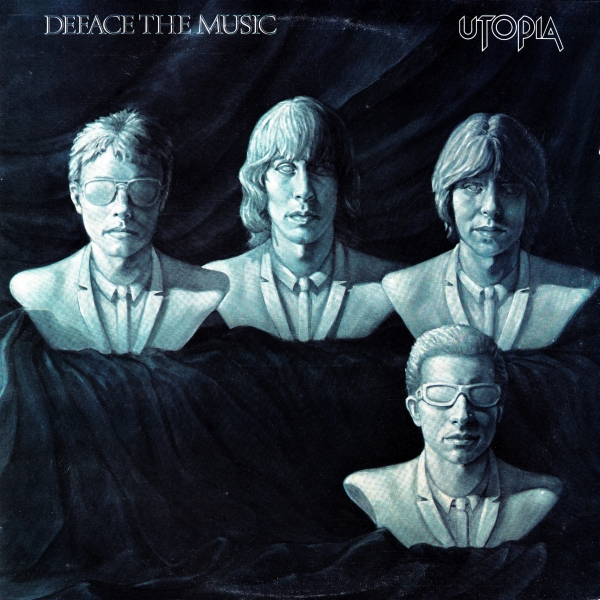 Read about this terrific record that was released at the wrong time for the band – and the division it caused within the band itself – by clicking on my story here:

In 1982, Todd was winding down his Bearsville record deal, and getting ready for a more power pop version of Utopia – a Utopia that was suddenly rocked by a major defection: 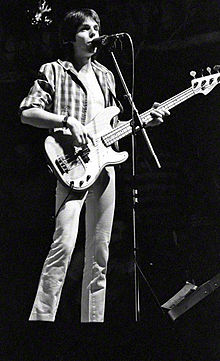 During the composing phase of this album, Kasim Sulton had left to pursue a solo career, and Doug Howard from the band Touch was brought in on bass. Howard co-wrote two songs on the album, “Feet Don’t Fail Me Now” and “I’m Looking at You But I’m Talking to Myself”. 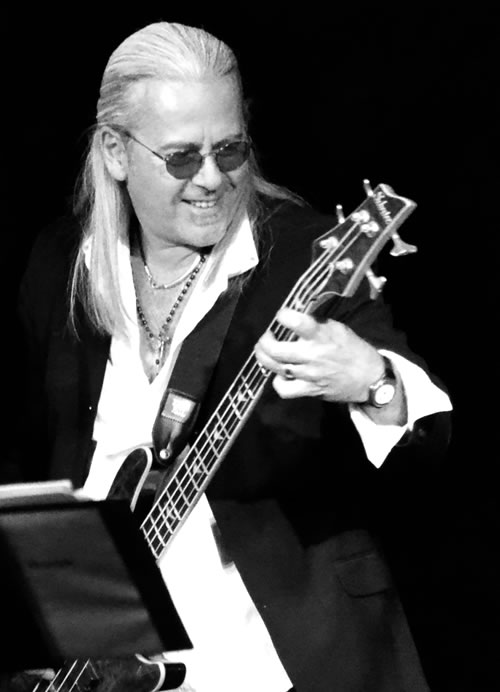 These songs are credited to “Utopia and Doug Howard” on the finished album. Here is what Kasim says about that time in the great book “A Dream Goes On Forever, Vol. 2: The Utopia Years”:

“I was trying to create this career for myself” he explains, and goes into detail on the making of his solo album, which cost $300,000 and was released without fanfare. He also talks about how Todd reacted to his decision to leave the band:

“Todd wasn’t happy; I don’t think he was thrilled that I quit. I don’t know if he was sad, either – he was just like ‘Well OK, let’s just move on.'” 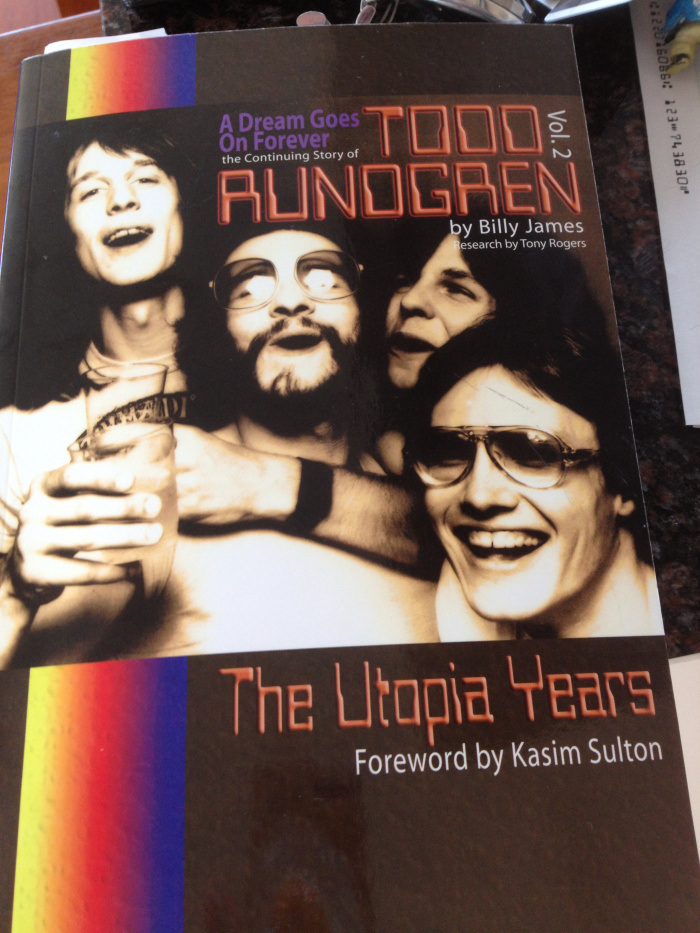 This book is also full of great stuff: stories about the music AND about the relationships within the band itself as well… 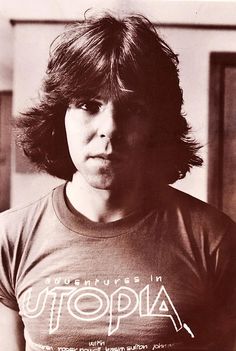 Of course, Kasim returned to the band – here’s how Kasim described that time in the book “A Wizard A True Star: Todd Rundgren In The Studio:

“I finally begged, pleaded and cajoled my way back into the band…what is interesting about that record was that we had a wealth of material for it, about an album and a half. That’s why we said it had three sides.” 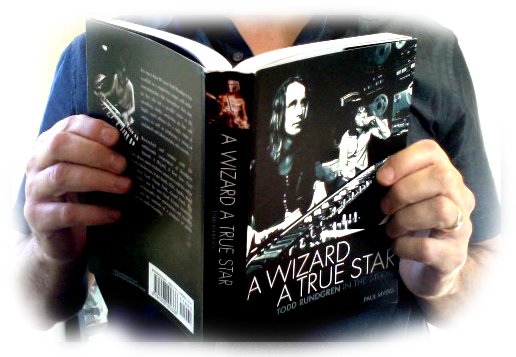 That book is a treasure trove of information about Todd and Utopia…and the “three sides” of this album are full of great hooks and upbeat Utopia songs…so much music that it included a third side upon release: 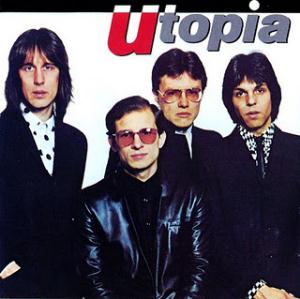 This album is stuffed with fifteen tracks of incredible power pop – the band was creatively on fire! Here are some highlights from the second “Utopia” album:

The album gets off to a fast start – a great hook and perfect harmonies from the band. Kasim Sulton has a spirited lead vocal, captured here live from 1982:

Thanks as always to “HarryRunt danu” on youtube for posting this great video….you will see a lot more of him to come…

I have always loved this song – a story of a breakup:

This song sounds a LOT like a b-side from “Deface The Music”…here’s another terrific live video from 1982, thanks to “HarryRunt dans” – this video is terrific because Todd introduces Roger Powell as the lead vocal!

“Neck On Up”, “Say Yeah” and “Call It What You Will” are all catchy pop tunes as well… 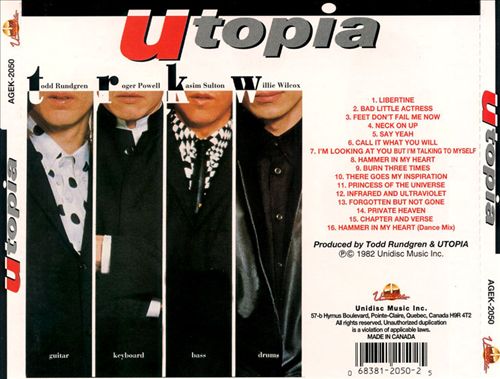 “I’m Looking at You But I’m Talking to Myself”

This is a hauntingly beautiful ballad…here is the band performing it live:

“Hammer in My Heart”

Next up is “Hammer in My Heart”, which was also recorded live on August 18, 1982 at MTV’s official first birthday celebration hosted by VeeJay Nina Blackwood. The song peaked at #31 on Billboard’s Mainstream Rock chart.

“Burn Three Times” and “There Goes My Inspiration” are next – the music never stops! 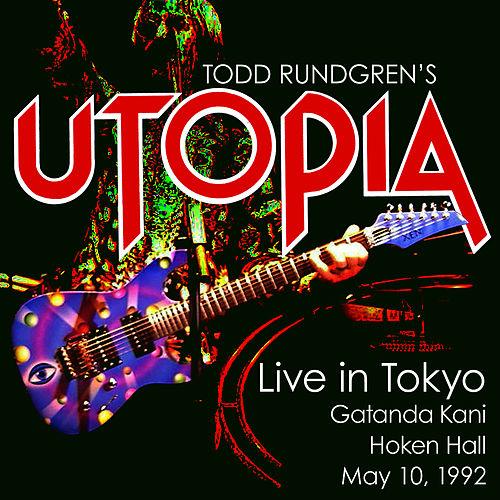 “Princess of the Universe”

A great upbeat rocker – here is a live performance from 1992:

As always, “HarryRunt danu” on YouTube has all of these classic videos!

“Infrared and Ultraviolet” and “Forgotten But Not Gone” are next, then another mid-tempo ballad with a great hook and harmonies: 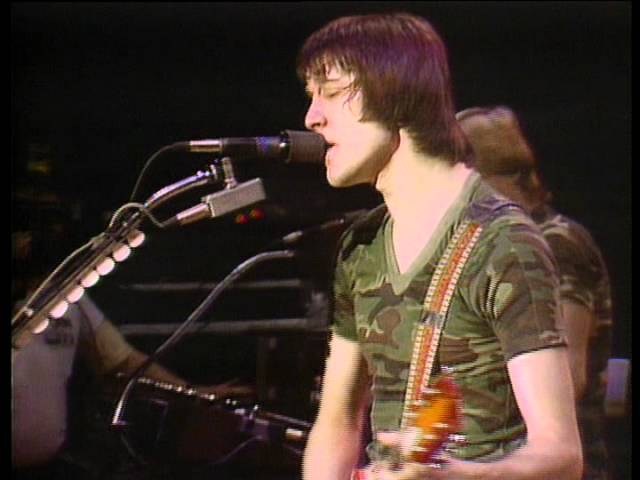 I couldn’t find a video for this, so here is the audio of the song:

“Chapter and Verse” wraps the album…videos and singles were released for “Feet Don’t Fail Me Now” and “Hammer in My Heart”. Both were featured on the VHS video release “The Utopia Sampler” nominated in 1983 for a Grammy for Best Short Form Video.

So much great music, but it turned out to be the only Utopia album released on Network records.

Of course, Todd still had one album to release in order to fulfill his contract at Bearsville records in 1982 – and his heart wasn’t in it – so what did he do? 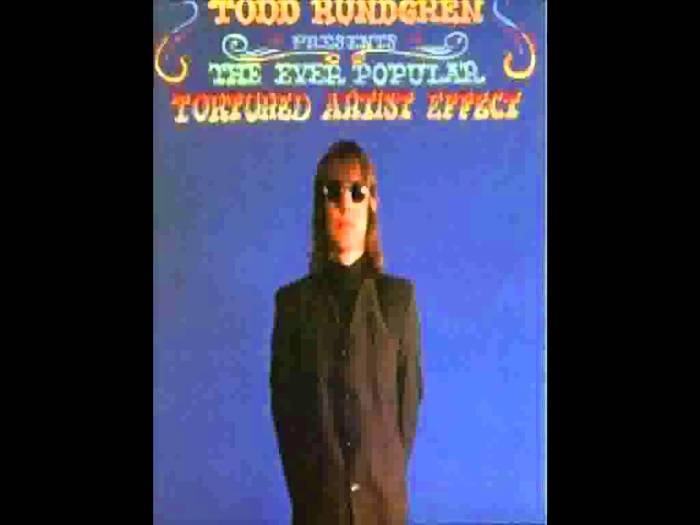 That’s right, he released another of his great albums….see some great music videos here:

Let me know what you love about this Utopia album!