Dan: That’s some song you got there. I promise you it could be a big hit. Plus you’re beautiful.
Gretta: I’m sorry, what’s beauty got to do with anything?
Dan: Jesus, you’re tricky, aren’t you?

This independent film opened in early summer, and while it was a hit, it should have done even better – it’s a funny, heartwarming film full of great acting and terrific music!

First, check out the movie trailer:

Mark Ruffalo stars as a music executive going through tough times, both personally and professionally. Keira Knightley is a young singer/songwriter whose boyfriend, played by Adam Levine, achieve music success, which causes problems in their long-standing relationship.

You don’t need to know more than that, except to know that the film is funny, honest, dramatic, and full of amazing music, performed by the cast.

Here is the music video of Adam Levine’s beautiful song “Lost Stars”, with moments from the film: 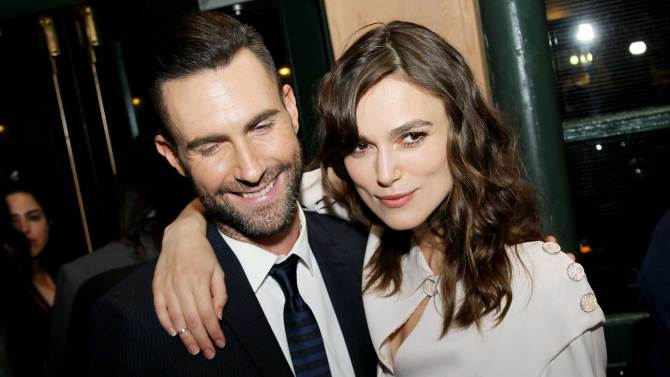 What a beautiful song! It is performed in the movie as well by Keira Knightley – it’s just one of the many beautiful songs in the film.

“Begin Again” is directed by John Carney, who also made the great independent musical “Once”…Hailee Steinfeld, who was so great in “True Grit”, plays Ruffalo’s daughter, Mos Def plays his estranged business partner, and Catherine Keener is his estranged wife. 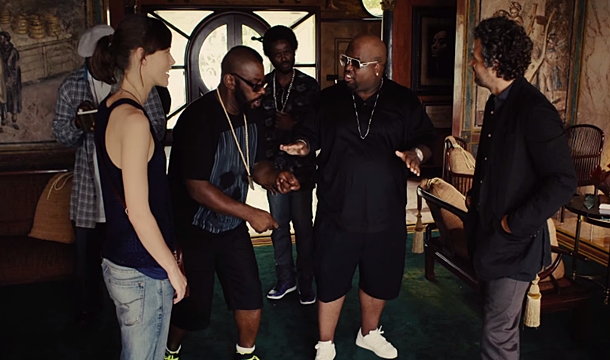 CeeLo Green has a small part as well, with a hilarious cast of characters around him….it is a great cast all embracing this story…which includes a incredible soundtrack, filmed all around the city of New York! 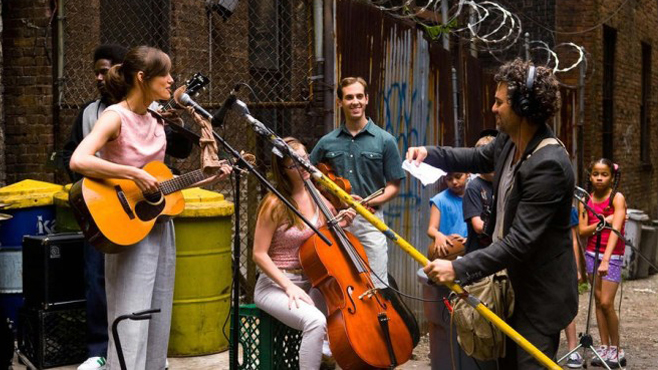 Here is some great trivia about “Begin Again”, courtesy of the great movie website IMDB: 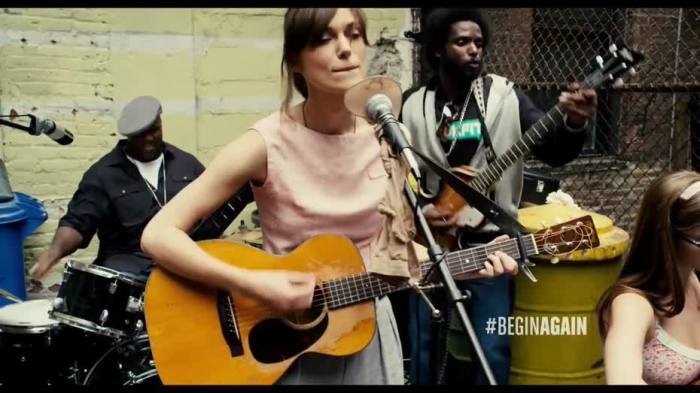 Knightley had to learn play the guitar for the role and her husband, musician James Righton, offered his help. However, according to Knightley herself, his lessons were atrocious for their relationship, and almost led to a “divorce and murder”. 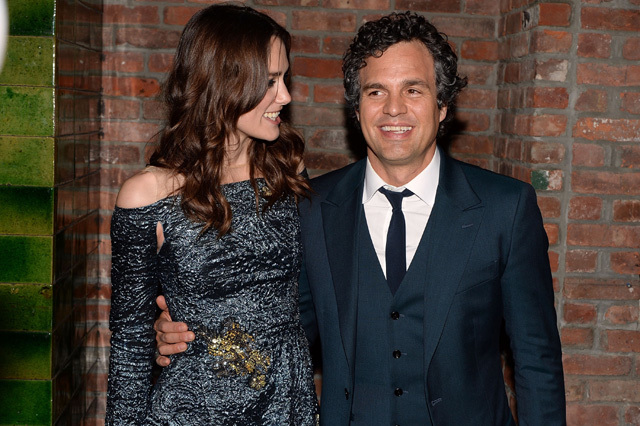 Mark Ruffalo’s last name in the film is Mulligan. A mulligan, in a game, happens when a player gets a second chance to perform a certain move or action. The practice is also sometimes referred to as a “do-over.” This is similar to the title and overall premise the film. Getting a second chance.

“You know, I wasn’t trying to win you over. I was telling you to fuck off.”

Mark Ruffalo is great in the film, and there is real chemistry between him and Keira Knightley…and Adam Levine is great as well! 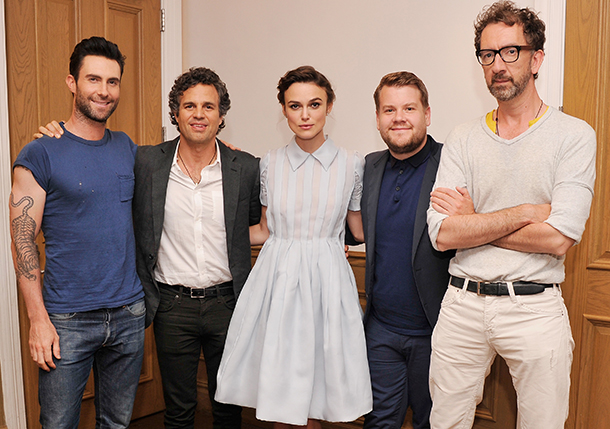 The cast really seems to be having a great time making the film – but it also full of many dramatic moments…a terrific ensemble, and the film is beautifully written and directed by John Carney, who made the great film “Once” as well….

Gretta: I told you, I write songs from time to time.
Dan: What do you write them for?
Gretta: What do you mean what for? For my pleasure. And for my cat.
Dan: Oh really? Does he like them?
Gretta: She. Yes, she seems to.
Dan: How do you know?
Gretta: Because she purrs.
Dan: Maybe she’s booing.
Gretta: No, she purrs at Leonard Cohen, too, and she has very good taste.
Dan: Maybe she’s fucking with you.

This is one of those films that you want to watch over and over again, and now that it’s on demand and home video, you can do just that! I also just bought the soundtrack, so Alex and I can listen to these great songs over and over again….

My Tweets
Yes, it’s me and my nemesis #eggplant #foodporn #food #foodie #recipes #52in22 #cookingchallenge