If you are reading this, you are not only ready to “go ninja”, but you want to see the movies that do it best! Well, you’ve come to the right place!

From Naked Ninja To Killer Dwarves!

How often do you find an acclaimed film Director who goes from naked female yakusas to killer dwarfs? Well, the answer is simple: 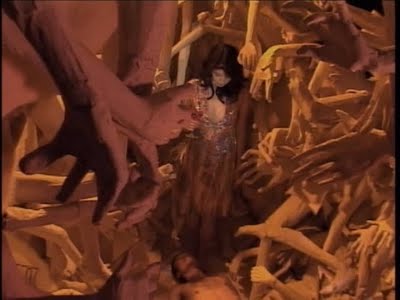 The answer is: ALL THE TIME IN JAPAN!

Teruo Ishii is the Director to celebrate right now – I mean, let’s look at the kind of crazy movies he gave us – starting with “Female Yakuza Tale!”

The full name of the film is “Female Yakuza Tale: Inquisition and Torture” and it’s a classic Japanese sexploitation film from the early 70’s: lots of blood, sex and nudity – and a plot that is seemingly repeated in film after film:

A young woman is abused and seeks bloody revenge. Yep, that does it!

Teruo Ishii directed the film, which was a sequel to director Norifumi Suzuki’s “Sex & Fury”, which was made earlier the same year.

These are considered two of the classic Japanese “pinky” films of the 70’s.

Both have lots of nudity, sex and blood…all of it the result of a sharp sword! One thing that has helped “Sex & Fury” maintain a higher profile is the addition of European “Artsploitation” star, Christina Lindberg!

Click HERE for the story of “Sex & Fury” – and Christina Lindberg!

Now, Time For A “Blind Beast!”

Director Tereo Ishii faded from view in the 80’s, working mostly in TV. However, his final movie has now been released – with much fanfare! 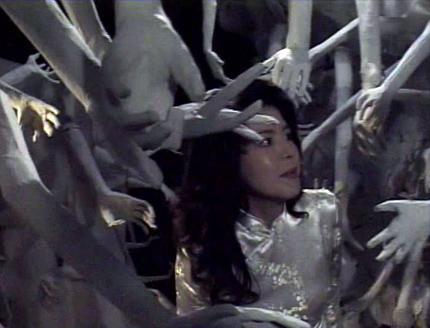 When prolific Japanese Cult Director Teruo Ishii passed away in 2005, his final film “BLIND BEAST VS. KILLER DWARF” became his epitaph – and let’s face it – he chose a CRAZY WAY TO GO!

Check out this trailer!

This film stands as the culmination of his life’s work and includes the bizarre and shocking excesses that one can come to expect from the director of “FEMALE YAKUZA TALE”: naked Japanese girls and lots of blood!

Throw into the mix the deranged, depraved and deformed and you’re starting to get the picture – this is a movie that set out to break all the rules – and did!

Borne of a lifelong obsession with the writings of Edogawa Rampo, PANIK HOUSE film releasing is calling Teruo Ishii ‘s swan song “a veritable circus of the insane!”

The press release makes a bold promise: “PANIK HOUSE is proud to present BLIND BEAST VS. KILLER DWARF in the director’s final, approved edition –sparing none of its macabre sex or over-the-top violence!”

I for one cannot wait to see it!