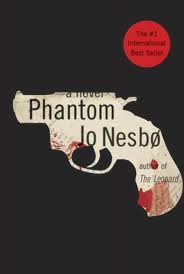 Time to praise Jo Nesbo again, because “Dirty Harry” is back! 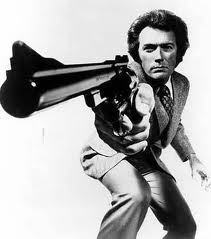 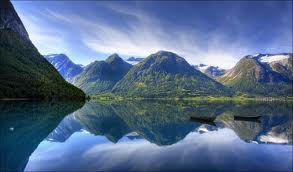 All of these books are set in Norway, as Hole lives in the beautiful nordic city of Oslo…but even clean cities have dirty secrets… 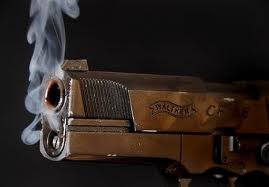 Every beautiful city has a little crime to solve, and Oslo is no different – except they have Harry Hole! 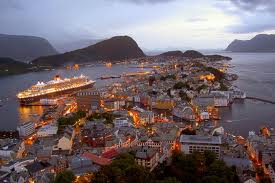 If you LOVED “The Girl With The Dragon Tattoo” trilogy like I did, you may be itching for some more “nordic noir” – tough mystery novels set in the eastern European region encompassing Sweden, Finland, Denmark – or in this case, Norway… 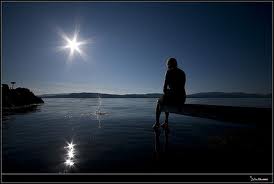 The Norway that Harry Hole inhabits is cold, dark, and deadly…so cold that it makes Hole one tough Detective, out to solve cases and settle scores, no matter what the cost… 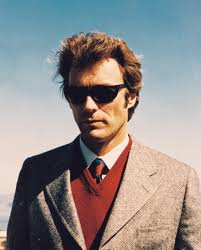 I can’t shake the image of “Dirty Harry” as I read these books, tough cop playing by his own rules….these Harry Hole books are all terrific mysteries, and Hole is a brooding protagonist with a ton of personal demons…all set against the cold, iciness of Norway – hence, “nordic noir.” 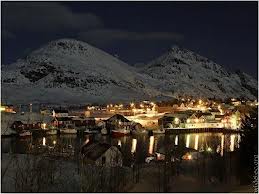 Nordic noir, a type of “Scandie lit”, refers to the literature genre of Scandinavian crime fiction. According to the British paper The Independent, “Nordic crime fiction carries a more respectable cachet… than similar genre fiction produced in Britain or the US”. Language, heroes and settings are three commonalities in Nordic crime fiction, which features plain, direct writing style without metaphor. 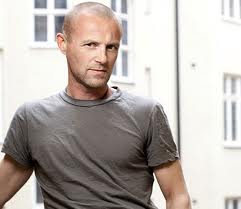 I posted before about Norwegian Author Jo Nesbo – he is an award-winning Norwegian Author who has mastered a series of novels starring Detective Harry Hole – Nesbø has been lavishly praised by international critics for broadening the scope of the contemporary crime novel, and is today regarded as one the best crime writers of our time… 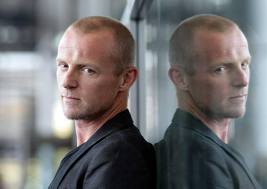 Based on the amazing success of “The Girl With The Dragon Tattoo”, Publishers rushed to get more “nordic noir” novels into the states, but not always in order…therefore, the first two in the Harry Hole series, “The Bat” and “The Cockroaches” are still unavailable in the US – but the rest are here, including the latest!

But don’t worry – while there are some ongoing threads in Hole’s life, each story is self-contained, and you will quickly get to know Harry Hole and his demons… 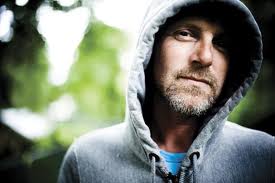 Harry Hole is an alcoholic, anti-social and quite brilliant Oslo detective, who plays by his own rules…like I said, Norway’s Dirty Harry, but trust me, Harry Hole is anything but cliche once you get into the stories…and here now is the latest adventure of Harry Hole!

I will lay out all of the books below, because there are storylines that carry on through the books – however, each mystery unveiled in each book is solved within the book, so you can jump in anywhere… 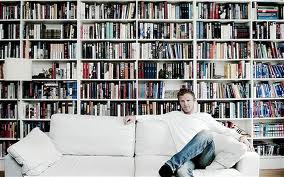 If you’ve read “The Leopard”, you know that when Harry left Oslo again for Hong Kong — solving a brutal crime, but then fleeing the traumas of life as a cop — he thought he was there for good. But then the unthinkable happened.

The son of the woman that Harry Hole loved, lost, and still loves is arrested for murder: Oleg, the boy Harry helped raise but couldn’t help deserting when he fled. Harry has come back to prove that Oleg is not a killer.

Of course, if you’ve read the earlier books, you know that Harry Hole has been barred from rejoining the police force, so he sets out on a solitary, increasingly dangerous investigation that takes him deep into the world of the most virulent drug to ever hit the streets of Oslo. 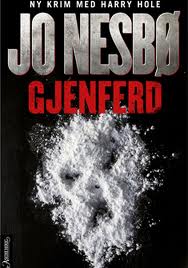 Hole ultimately must enter the maze of his own past, where he will find the wrenching truth that finally matters to Oleg, and to himself. 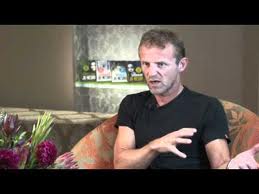 Well, I cannot overstate how well written and compelling these books are, and the credit goes to Nesbo, who has won many awards for his crime fiction. 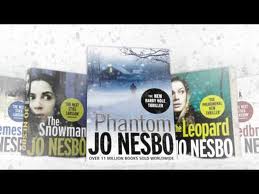 If you are new to Jo Nesbo, here is a cheat sheet to get you started – Here are the books in order of release… 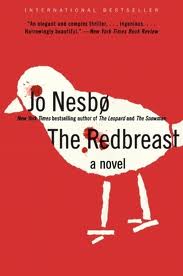 1944. In the trenches outside Leningrad on the Eastern Front a unit of Norwegian soldiers in German uniforms fight for the cause they believe in: a free Norway. Coming from all social strata, they do not share politics or a motivation for being there. The boldest of them, Daniel Gudeson, is shot and his body is laid in a mass grave to be burned. Some time later, however, in a military hospital in Vienna, a wounded soldier turns up saying that he is Daniel Gudeson. And he and a nurse, Helene, fall in love…

Years later, Detective Harry Hole has to try and solve one murder while preventing another….

This book, to me, had the most Norwegian historical background that may not resonate immediately with noir fans…since I didn’t start with this book, I noticed it more – it’s really good once you get past that aspect of it…but if you are a bit less willing to absorb it right off the bat, I’d say go straight to the next book…or if you really want to drop into the middle of the madness, start with “THE SNOWMAN”! 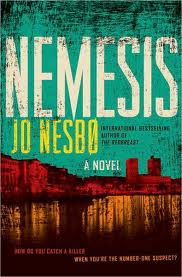 Grainy CCTV footage shows a man walking into a bank and putting a gun to a cashier”s head. He tells her to count to twenty-five. When he doesn”t get his money in time, she is executed. Detective Harry Hole is assigned to the case. While Harry”s girlfriend is away in Russia, an old flame gets in touch. He goes to dinner at her house and wakes up at home with no memory of the past twelve hours. The same morning the girl is found shot dead in her bed.

I am just beginning this book now… 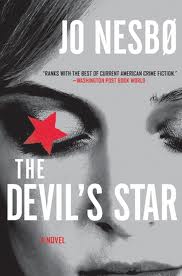 It”s a sweltering summer in Oslo when a young woman is found murdered in her flat. One finger has been cut off, and beneath her eyelid is a tiny red diamond in the shape of a five pointed star. Detective Harry Hole is assigned to the case with Tom Waaler – a colleague Harry suspects of running an arms smuggling gang and of having murdered his partner – and initially he refuses to become involved. 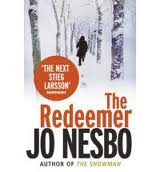 A 14-year old girl is raped at one of the Salvation Army summer camps. Twelve years later, at a Christmas concert in a square in Oslo, a Salvation Army soldier is executed by a man in the crowd. A press photographer has caught a suspect on one of the photos of the concert. Beate Lønn, the identification expert, is confused by how the face can change from one photo to the next. Inspector Harry Hole’s search for the faceless man takes place on the seamy side of the city…

Reading a bit out of order, I read this most recently…it’s impossible to put down… 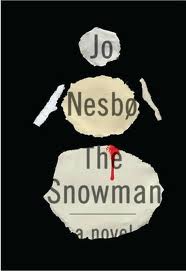 It is November in Oslo and the first snow of the year has fallen. Birte Becker comes home from work and praises the snowman her husband and son have made in the garden. But they haven’t made a snowman. As the family stand by the sitting room window looking out in amazement at the snowman, the son notices that it is facing the house. The black eyes are staring at the window. At them. 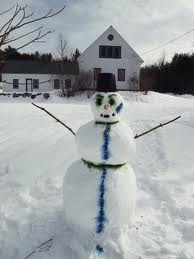 This was my first Harry Hole novel, and I was HOOKED – Nesbo really knows how to tell a compelling story! 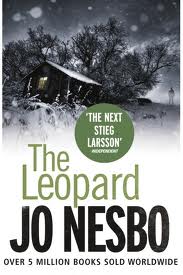 Two women are found murdered in Oslo – both of them have drowned in their own blood. What mystifies the police, is that the puncture wounds in the victim’s faces have been caused from the inside of their mouths. Kaja Solness from Homicide is sent to Hong Kong to track down a man that is the Oslo Police Department’s only specialist on serial killings. The severely addicted detective has tried to disappear in the vast, anonymous city. He is on the run and haunted by his last case… 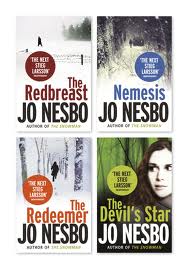 No matter what order you read them in, you will be hooked by a great central character, lots of action and twisted stories that will make you think along with Harry Hole…

A Nesbo bonus in print and on film – Headhunters! 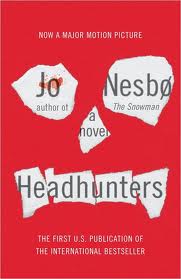 Here’s a Jo Nesbo thriller that ISN’T about Harry Hole, but it’s a terrific page-turner that’s been made into a great film as well!

What a trailer! Here’s the plot, perfectly Jo Nesbo-like:

Roger Brown works as one of the most powerful headhunters in Norway. To support his extravagant lifestyle, he is also an art thief, which he does in cahoots with his friend, the gun toting Ove Kjikerud. 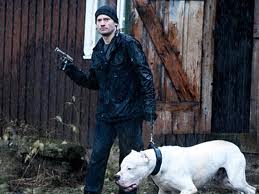 They replace the originals with forgeries, which go undetected at least until the trail back to them goes cold. His outward bravado, based primarily on building upon reputation, masks his insecurities, especially in his short physical stature. He feels he needs that confident demeanor and wealth to get what he wants, including his trophy wife, art gallery owner Diana Brown. 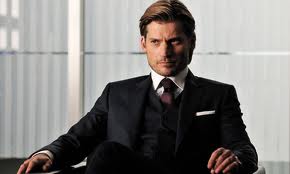 So, another terrific thriller from Nesbo – read it, rent it, but enjoy! 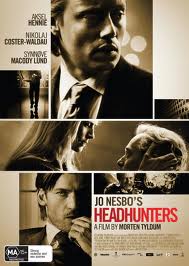