Home › Action Films › Drowning In A Sea Of Love, With Lots Of Malice and Consenting Adults, Too! Great B-Movies!

Drowning In A Sea Of Love, With Lots Of Malice and Consenting Adults, Too! Great B-Movies!

We all need a good, trashy movie to curl up to – especially when you get an “A” List Actor taking part- so here are some terrific “B” movies to dive into, along with Al Pacino, Alec Baldwin, Nicole Kidman and Kevin Spacey!

Al Pacino’s career made a huge comeback in the late 80’s with this violent, sexy thriller.

Pacino stars as Frank Keller, a New York detective investigating a serial killer who finds the victims through the lonely hearts column in newspapers. 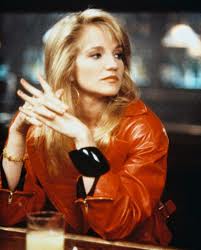 Keller falls in love with Helen, the main suspect in the case, played by Ellen Barkin, who exudes a lot of sexy charm as the suspect.

Of course, Pacino is a tortured cop, which makes the interaction even better… 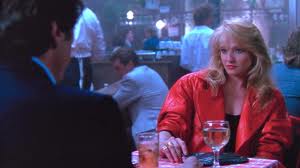 According to the documentary included with the DVD, included in the final cut of the film is a scene where Al Pacino’s character gets rudely bumped into on 5th Avenue while trying to court Ellen Barkin’s character. According to the director this was an unscripted moment caused by a real New Yorker and not an extra. Pacino incorporates the moment into his performance and continues without missing a beat.

When Frank Keller is trying to convince his Lieutenant to let him try the restaurant sting operation without wearing a wire, he says “What is she gonna do, confess? Shoot me? We’re in a restaurant!!”

Al Pacino famously played Michael Corleone in a scene where he shot a cop in a restaurant, which was also supposed to be improbable.

John Goodman is terrific in a sidekick role, and the movie itself is a sexy, action-packed thriller…”Sea of Love” is often credited as the film that pulled Al Pacino out of a slump of failures he’d starred in throughout the 1980s.

Nicole Kidman and Bill Pullman star as a happily married couple who would like to have children. Tracy teaches infants, Andy’s a college professor. Things are never the same after she is taken to hospital and operated upon by Jed, a “know it all” doctor, played by Alec Baldwin. 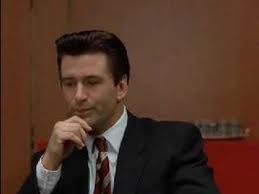 Here is Baldwin’s scene-chewing monologue when testifies about his career:

Jed: “I have an M.D. from Harvard, I am board certified in cardio-thoracic medicine and trauma surgery, I have been awarded citations from seven different medical boards in New England, and I am never, ever sick at sea. So I ask you; when someone goes into that chapel and they fall on their knees and they pray to God that their wife doesn’t miscarry or that their daughter doesn’t bleed to death or that their mother doesn’t suffer acute neural trama from postoperative shock, who do you think they’re praying to? Now, go ahead and read your Bible, _Dennis_, and you go to your church, and, with any luck, you might win the annual raffle, but if you’re looking for God, he was in operating room number two on November 17, and he doesn’t like to be second guessed. You ask me if I have a God complex. Let me tell you something: I am God.”

But that is just the beginning….like when Kidman confronts the arrogant Doctor…

Tracy: “Ask God how many shots of bourbon he had before he cut me open.”

From there you get a ton of great “B” movie trashiness and action – as the mystery deepens….

And the list of campy, trashy “B” movies continues with an all-star cast diving right into the deep end of the cheese-pool! 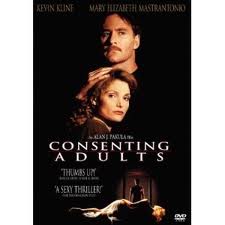 This is a great little trashy trip to fun times in “B” movie heaven!

Richard and Priscilla Parker’s lives take a turn for the better when Eddy and Kay move into the house next door. Eddy is played by a deliciously evil Kevin Spacey – see, Eddy is a risk taker and shows his new neighbors how to enjoy life at the expense of a rule or convention or two.

Of course, what Kevin Kline doesn’t realize is that Eddy’s little games are just a prelude to something that’s intended to destroy his safe little existence.

Eddy Otis: Most people will never know what it’s like to drive a boat at 100 miles per hour. Go to Jamaica for the weekend see the Grand Canyon from a hot air balloon. See what I’m saying, without money, you shrivel up.
Priscilla Parker: So how do you explain all those shriveled up rich people?
Eddy Otis: I’ll tell you how, because those people, they know how to make money, but they don’t know how to spend it. Getting money’s easy.
Priscilla Parker: We have to talk…

Eddy Otis: [whispering in the dark] Did you know that I can see things, Priscilla. I can see things nobody can. I’m so good at predicting, that I can read tomorrow’s headline. A man last night broke into the home of his ex-wife, and killed for the third and last time. Arriving tragically too late, Eddy Otis, the woman’s… the dead woman’s friend, shot and killed him. The man, Richard Parker, was already wanted in connection with several other murders. Oh yes, he’s here. Priscilla, he’s in the house right now, wondering when he should make his final move. Why? Because I wanted him to. He’s my puppet. Here he comes. Come on, Richard. Come to papa.

And then, of course, bodies appear and all hell break loose…a fun, trashy thriller – check them all out!