Nothing like a nice leisurely drive down the west side highway! “You fly here often?”

There is nothing better than settling in for a great action double feature: all the better if the films compliment each other in the right way. With that in mind, here is a terrific double bill of classic 70’s crime thrillers!

You want a muscular crime thriller? Start with Roy Scheider and “The Seven Ups”, a terrific action film with one of the best chases in New York City history! 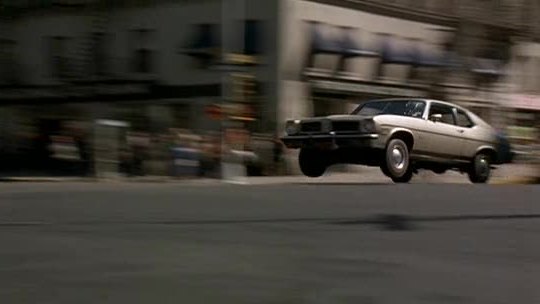 Here is the plot of “The Seven Ups”: New York City cops wage a war against assorted hoods and criminals after one of their own is brutally killed by a hoodlum. “Seven-Ups” refers to the minimum jail time each of the crooks will have to spend if they are caught. They, of course, do NOT want to get caught, which is why you have one of the great “streets of New York” car chases ever! 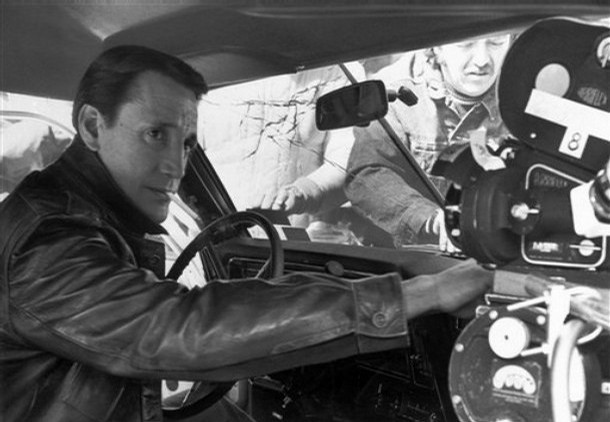 In this undated handout photo, Roy Scheider sits at the wheel of a specially equipped car before filming a chase scene for the movie “The Seven Ups” in New York. Scheider, the actor best known for his role as a police chief in the blockbuster movie “Jaws,” has died at age 75. (AP Photo) ** NO SALES **

The film’s crew included Bill Hickman, who had orchestrated the car chases of both earlier films as stunt coordinator, as well as music by Don Ellis, whose French Connection soundtrack won a Grammy. 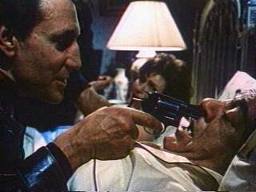 Tony Lo Bianco was a great character Actor, always the tough guy. He brings an edge to everything he does… 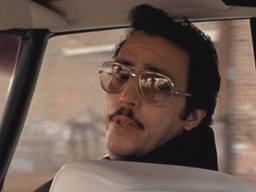 Terrific character Actor Joe Spinell is here as well, doing what he does best: another tough guy. This is, in fact, a movie FULL of tough guys, like when the Garage worker gets interriogated by the cops. Don’t worry, he’s no stool pigeon.

Toredano the Garage Man: “Look at my hands. I’ve been here before, so do what you gotta do. I didn’t talk then, and I won’t talk now.” 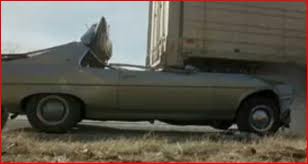 The image above is the end of an amazing car chase that goes down the entire west side of Manhattan. Here is the clip of this incredible chase:

Take that great action and add “tough as nails” Actors delivering gritty dialogue like this:

Buddy Manucci: [gazing out the window at the racketeers the funeral parlor] A funeral really brings them out.
Barilli – Seven-Up: Respect for the dead is considered very important. You know that.
Buddy Manucci: [bitterly] Should show as much for the living.

After watching this incredible chase scene through the streets of New York, time to head underground for another great chase – on the subway!

Here is the plot summary of “The Taking Of Pelham 1-2-3, courtesy of IMDB: Four armed men hijack a New York City subway train and demand 1 million dollars – which must be delivered in 1 hour – for the train and the lives of the passengers held hostage. Lt. Zachary Garber of the New York City Transit Police must contend with City Hall red tape, the unrelenting demands of the hijackers, and the ever-ticking clock in his efforts to save the passengers and bring the hijackers to justice.

Legendary Actor Walter Matthau plays Lt. Rico Patrone, who oversees the crime unit for the NY Subway. He is willing to admit that their job isn’t that exciting:

Lt. Rico Patrone: “We had a bomb scare in the Bronx yesterday, but it turned out to be a cantaloupe.”

Robert Shaw plays the leader of the hijackers, Mr. Blue. Shaw starred in a number of classic 70’s films, such as “The Sting” and “Jaws”, and he was the nearly-unstoppable killer in “From Russia With Love.” His fight sequence inside a train compartment against James Bond 007’s Sean Connery is a classic as well.

Martin Balsam and Hector Elizondo are among the thieves. Balsam brings the “every man” feel to the movie, a regular guy looking to get what he thinks he’s due. Hector Elizondo is terrific as Mr. Gray…that’s right, this is the movie where all of the hijackers called each other by colors…something Quentin Tarantino used effectively in “Reservoir Dogs”.

Mr. Blue: “I once had a man shot for talking to me like that.”
Mr. Gray: “Yeah, well, that’s the difference between you and me. I’ve always done my own killing.”

What makes this movie so terrific is that the hijackers don’t necessarily get along – they are all just there to get the job done, and that friction plays out as the hijacking drags on.

Mr. Blue: Will you go back and mind the passengers, please? I do not want Mr. Brown and Mr. Grey left alone with them.
Mr. Green: Don’t you trust them?
Mr. Blue: I trust Mr. Brown, I do not trust Mr. Grey. I think he’s an enormous, arrogant pain in the ass who could turn out to be trouble. I also think that he is mad. Why do you think they threw him out of the Mafia?
Mr. Green: Oh, terrific.

Jerry Stiller has a small role as a train supervisor – in fact the movie is full of great actors in small roles, such as Tony Roberts, who plays Deputy Mayor Warren LaSalle. 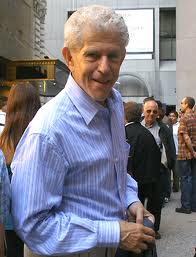 In one of the more humorous sequences, the Deputy Mayor takes no guff from a very weak Mayor of New York as they discuss whether to pay the $1-million dollar ransom: 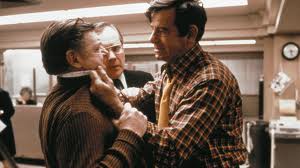 Lots of great dialogue between Matthau and Shaw, such as when they argue about the fast-approaching deadline:.

“The Taking Of Pelham 1-2-3” has a lot of action, really great action, and a terrific finale…

This double bill will get your pulse racing for sure!