Welcome To The Cannes Film Festival!

It’s the most glamorous film festival in the world – and in this #quarantinelife, it was cancelled this year for the first time since 1968, when the student protests in France that year shut it down.

I was lucky enough to attend the film festival a dozen times – yes, TWELVE TIMES – and one famous Critic captured what it was like to be there in his insightful, candid memoir! 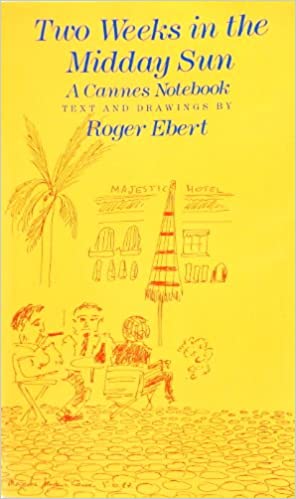 This week’s “Wednesday Bookmobile” has a timeless memoir of the world’s most glamorous film festival – from the iconic Film Critic Roger Ebert – which has been reissued with new material added!

The late Roger Ebert was America’s most celebrated Film Critic, and a true lover of cinema. Ebert left behind what his Publisher called “a legacy of lyrical long-form writing.”

“Two Weeks in the Midday Sun” was Ebert’s behind the scenes of one of the most glamorous and peculiar of cinematic rituals: the Cannes Film Festival. 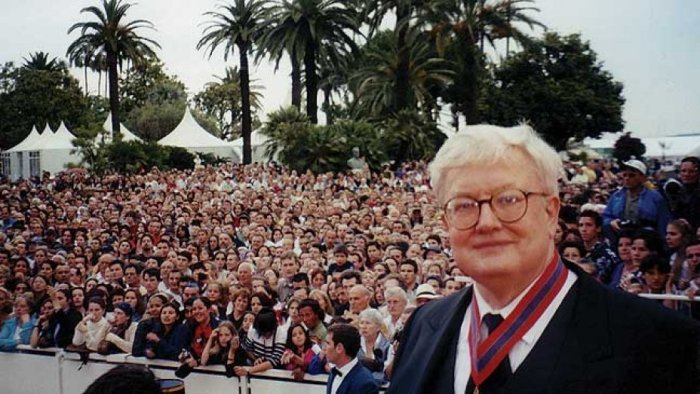 As the Publisher notes:

“More about people than movies, this book is an intimate, quirky, and witty account of the parade of personalities attending the 1987 festival — Ebert’s twelfth, and the fortieth anniversary of the event. A wonderful raconteur with an excellent sense of pacing, Ebert presents lighthearted ruminations on his daily routine and computer troubles alongside more serious reflection on directors such as Fellini and Coppola, screenwriters like Charles Bukowski, actors such as Isabella Rossellini and John Malkovich, the very American press agent and social maverick Billy “Silver Dollar” Baxter, and the stylishly plunging necklines of yore.” 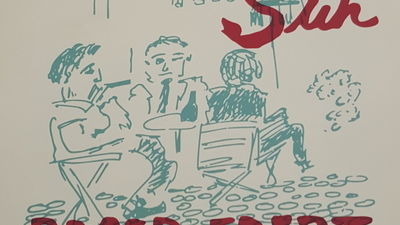 The book is illustrated with Ebert’s charming sketches of the festival.

The book is also filled with great stories, like this conversation he had with Actor John Malkovich, who was more than willing to talk about the people he’s worked with:

“You take Susan Seidman” he said. “The Director of my last movie, ‘Making Mr. Right’.Her previous film was ‘Desperately Seeking Susan’, and there was all that publicity about how Madonna stole the movie from Rosanna Arquette, and Rosanna said Susan was a nitwit who was always lost and didn’t know about Actors or technique. And then I went to work with her, and I found her to be very bright and rather opinionated – not remotely a pushover.”

The book is filled with great stories and insights. As his Publisher says:

“Two Weeks in the Midday Sun” is a small treasure, a window onto the mind of this connoisseur of criticism and satire, a man always so funny, so un-phony, so completely, unabashedly himself.

A new edition of the book features a brand new foreword written by Director Martin Scorsese, as well as a new postscript by Ebert himself about an eventful 1997 dinner with Scorsese at Cannes – so glad to have some new material from Ebert before he died.

This is a really fun read, and it got stellar reviews when released:

“A lighthearted trip through the 1987 festival, filled with celebrity interviews, casual encounters, and general commentary about the film and film-reviewing industry. The mood is lightened even further by his endearing quickie sketches of celebs and locals interspersed throughout the text. Ebert wasn’t much of a draftsman—Princess Diana never looked more boxy and tanklike than in Ebert’s hands. But he loved drawing, loved writing, and loved movies, and all of that is consistently, entertainingly present on the page. Here’s the thing, though: Tucked amid all that lighthearted traipsing through a French film festival is also a fairly serious and deliberate study of brows high, low, and middle—and Ebert’s appreciation of all three.”
— Mark Athitakis, Belt Magazine

I had the chance to interview Ebert once for the “E! Goes To Cannes” TV specials I produced. I remember his one great quote about the unique nature of the festival. He told me about the fascinating extremes in Cannes:

“Upstairs, some of the biggest stars in the world, and most important filmmakers climb the red carpet steps to showcase their latest films,” he told me, “while downstairs, they were selling films BY THE POUND.”

And he was right! In the basement of the Palais du Festival, a raucous film marketplace was also held simultaneously, and I saw that Movie Producer selling his VHS tapes by the pound!

As I said, I attended Cannes 12 times, and here is my credential from 2000: note that only a handful of Critics got coveted White badges like Ebert…the next best was the “Pink with a yellow dot” badge like mine, which ensured I could get in first to the major screenings and events. 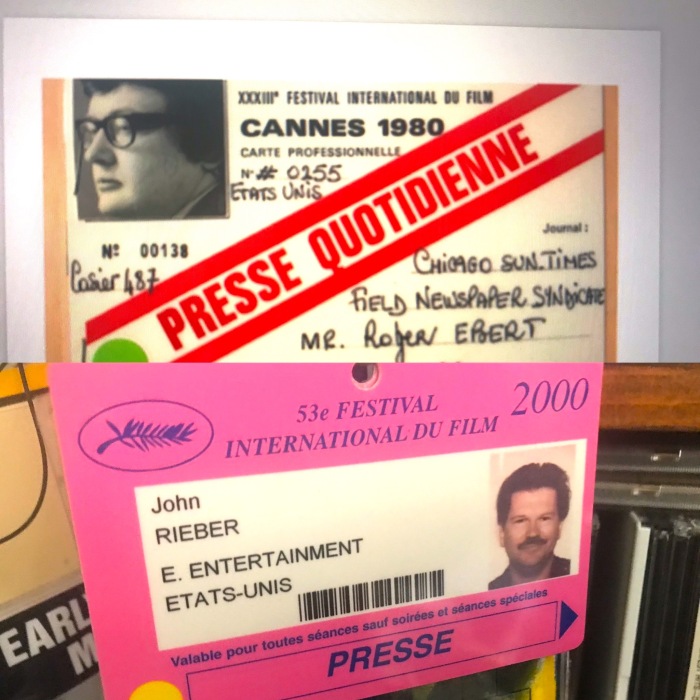 A regular Pink badge was next, then the dreaded Blue badge, which got you into nothing but a spot on a photo line like this! 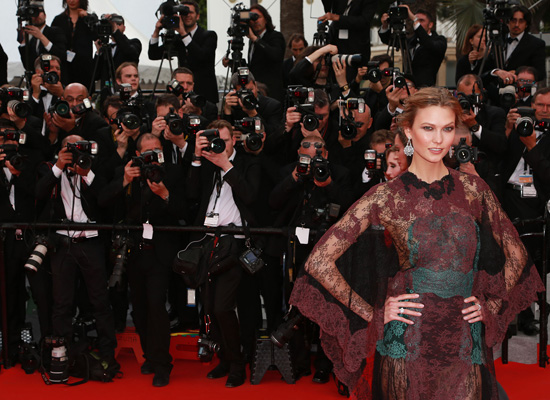 As I said, the downstairs of the Palais was filled with film distributors of all shapes and sizes, selling films and raising money to finance new projects as well.

It was also a place to introduce “new talent” to the world. 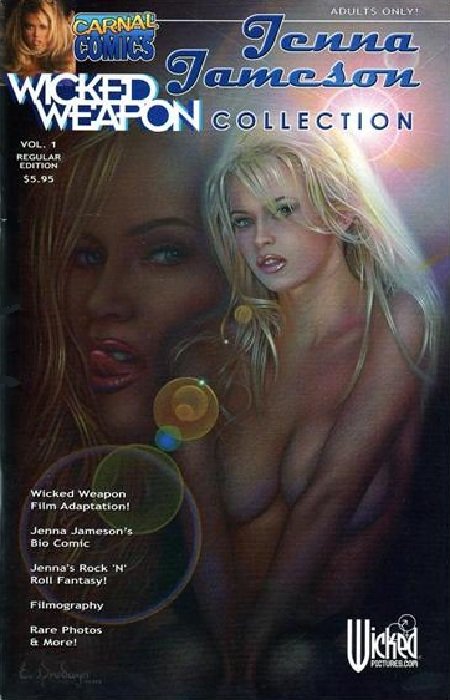 That’s where I found Jenna Jameson, a young “adult” film star working for Wicked Pictures…they brought her to the festival to help sell her first adult movie, and my wife Alex ended up shooting a story about her being in Cannes: 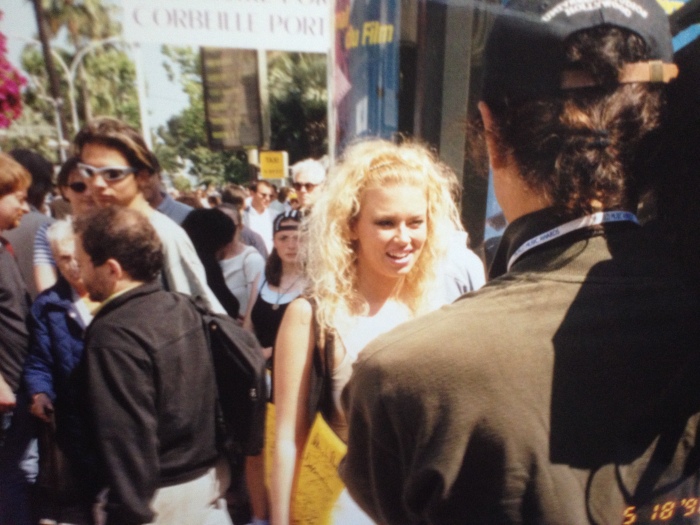 That was just one of the stranger stories we did there…I also shot interviews with stars like Arnold Schwarzenegger and Sylvester Stallone, I danced at the “Moulin Rouge” world premiere party with Nicold Kidman, and I shot an entire fashion special on the end of a dock with the legendary Joan Rivers and her daughter Melissa!

Yes, Cannes was a magical place for so many reasons, and if you want to see more of my misadventures there, click on my story here:

People always ask who was the most famous person I hung out with, and I guess it would be this guy:

That’s me and Alex in the foreground – and yes, that is Prince Albert of Monaco – I met him and hung out with him for a few hours at a late night party in Cannes!

If you want the entire story of my night with the Prince, I shared it here:

Like Loading...
‹ The Most Photographed Street In Beverly Hills! Cruising Up The Legendary Bedford Drive! Lana Turner’s Crime House!
The Truth Behind “The Gunfight At The OK Corral”! Come With Me To The “Real” Tombstone! My Trip Across America Visits The Wild Wild West! ›