Time To Go To The Movies!

I love the communal movie experience: a packed theater laughing, crying, or being scared to death by the power of cinema…but cinema has another power as well:

As this hilarious photo from the “Den Of Geek” website suggests, not ALL movie experiences are positive ones.

Here are three films that will have you asking yourself:

“WHAT WERE THEY THINKING?”

Johnny Depp has had an eclectic career: critically-acclaimed hits like “Edward Scissorhands” and blockbusters like “Pirates Of The Caribbean.”

So did you see his 1997 directorial debut, with Depp also starring as a “down-on-his-luck” American Indian recently released from jail, who is offered the chance to “star” as the victim of a snuff film…convinced that he has nothing to offer this world, he agrees to be tortured to death by a gang of rednecks in return for $50,000. OK, you can ask:

I saw this film at the Cannes Film Festival in 1997 and my wife Alex interviewed Johnny at the time, and he was articulate and polite. And “The Brave” is one of the most misguided movie ideas EVER. “The Brave” was never released in the United States, although it has finally shown up on DVD…and I really admire Johnny Depp…but this is a tough tough tough film to watch, and if you can make it through the scene where he builds an entire amusement park overnight while his kids are asleep inside the trailer – yes, an entire amusement park – well then I salute you.

Depp’s been in the news lately for strange behavior at a movie premiere, and his huge lawsuit against his financial advisers…you can read more about that here:

That lawsuit was recently settled, so let’s hope he can get back on track…speaking of tracks, every singe one on this album is a classic:

The “Sgt. Pepper” album was an amazing accomplishment by The Beatles, but what caused them to allow THIS to happen? 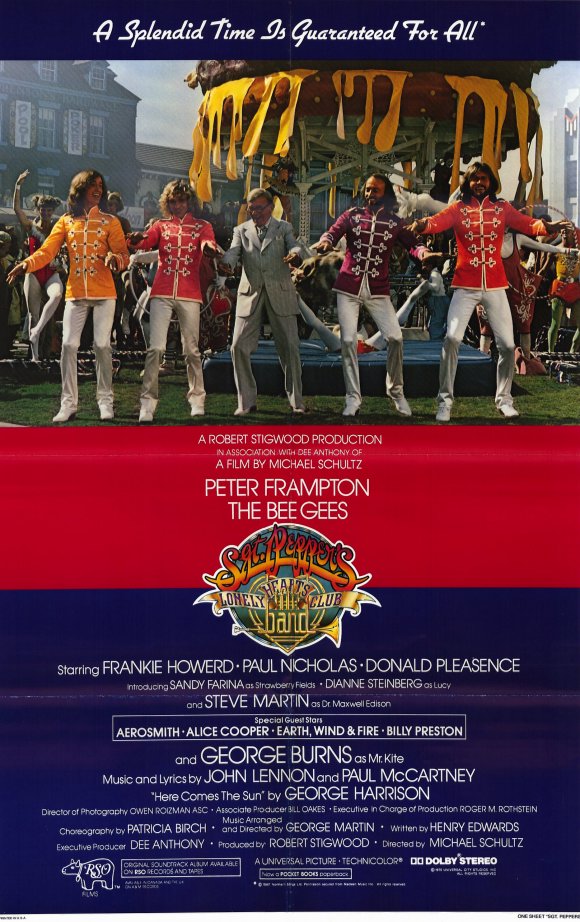 Producer Robert Stigwood came up with the idea to take the album and “bring it to life!”

Look away children, look away! The Bee Gees, George Burns, Steve Martin, Alice Cooper and Earth,Wind & Fire also share the blame for agreeing to star in this 1978 disaster.

For whatever reason, The Beatles saw their classic music turned into absolutely horrible films – click here to see more:

No matter how awful these first two films were, at least they were seen by someone…Jerry Lewis wasn’t so lucky: 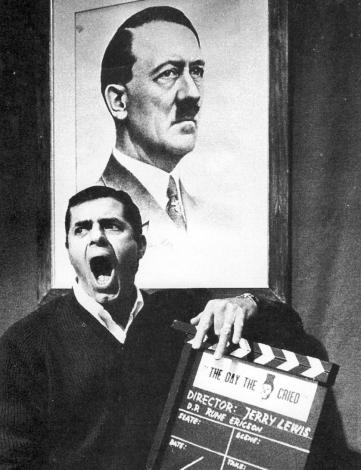 1-The Day the Clown Cried

That’s right, this legendary, never-released movie from master Comedian Jerry Lewis was going to be his directorial masterpiece – a haunting tale of the “clown” who worked in a concentration camp!

“The Day The Clown Cried” has to be the most misguided idea for a film of all time, and of course was never unreleased. Jerry Lewis starred and directed this 1972 lost work, which is all about a circus clown who is imprisoned in a Nazi camp. He entertains the children who are there, and in the rumored finale, finally leads them in full clown makeup into the gas chambers. Nice.

Now, I know you are thinking: isn’t this somewhat similar to “Life Is Beautiful”, Italian rubber-faced funnyman Roberto Benigni’s critically-acclaimed 1997 film? As reviews said at the time: “Benigni accomplishes the impossible in his World War II comedy Life Is Beautiful: he shapes a simultaneously hilarious and haunting comedy out of the tragedy of the Holocaust.” And he won Best Actor for it! 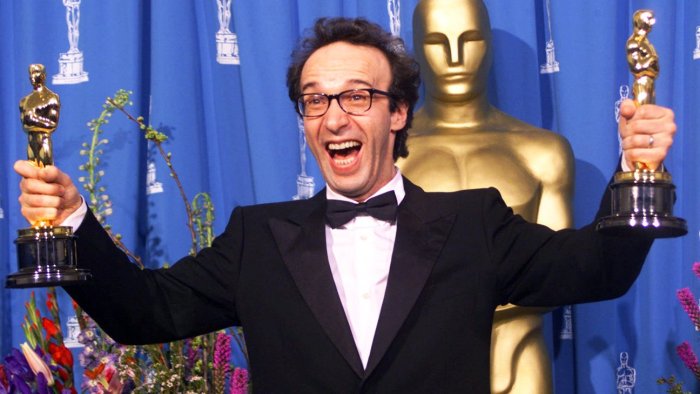 So why not Jerry? Well, we will never know, because the Actor/Comedian died without the film ever seeing the light of day. Read more about his career and this notorious film by clicking here:

There you go, three of the most misguided films of all time!

My Tweets
Some “Songs For Sunday” in the key of “S”! #kellyclarkson #simonandgarfunkel #eltonjohn #hallandoates #darylhallandjohnoates #supertramp #music

Darlene Foster's Blog
The thoughts and life of me