Some trivia about the greatest film of all time…

Time to celebrate the greatest film ever made!

“I’ll make him an offer he can’t refuse.”

This is probably the most iconic line EVER from a movie…and yes, from the greatest film ever made…so my only question is this: did “The Godfather”, Marlon Brando read that line from a cue card?

Yes, He Probably Did!

Look at this behind-the-scenes picture, from the filming of the movie…priceless! Robert Duvall holds cue cards for Marlon Brando to read – just one of the many legendary tales of making “The Godfather”!

Film buffs rejoice “The Godfather”! It’s not only the greatest single film ever made, it also is one of the most dissected and analyzed films ever – especially from the Director, Francis Ford Coppola himself! 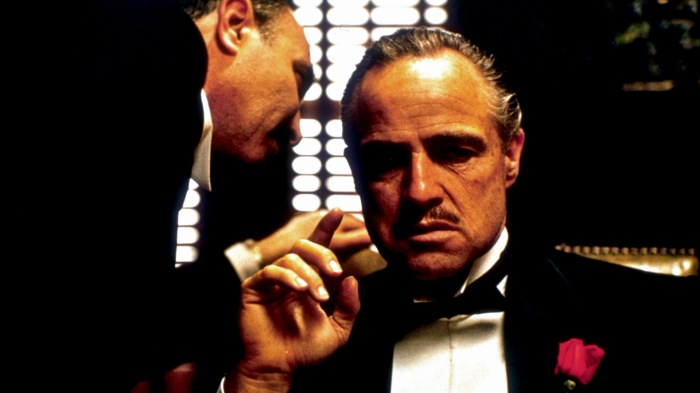