Time to remember the greatness of The Traveling Wilburys! This strangely forgotten footnote in music was actually a terrific celebration of music, a band consisting of Bob Dylan, George Harrison, Jeff Lynne, Roy Orbison, and Tom Petty!

Behold The Majesty Of The Wilburys!

Let’s get right to it: this group got together for a brief time in the early 90’s and released some really great music!

Here is the catchy “Handle With Care”, which could have come off of Tom Petty’s “Wildflowers” CD..and featuring the legendary Roy Orbison!

The Origin Of The Wilburys!

SO here is the story of how this incredible lineup of musicians got together!

In February 1988, George Harrison was promoting his solo album “Cloud Nine” – and was asked what was next…well, Jeff Lynne had just produced the record, so Harrison said cheekily:

And what a group it was!

The “Secret” Story Of The Traveling Wilburys!

So who are these “Wilburys” anyway? Well, according to wikipedia, “Wilbury” was a slang term first used by Harrison during the recording of “Cloud Nine” with Jeff Lynne. Referring to recording errors created by some faulty equipment, Harrison jokingly remarked to Lynne, “We’ll bury ’em in the mix”.

From then on, they used the term for any mistakes during the recording, and the band was born!

As you saw from that first video, this was a group that just loved playing music tougher, so they originally got together to record a “b-side” for one of Harrison’s singles.

The resulting song, “Handle With Care”, was so good they decided to do an entire album!

Here is the terrific “End Of The Line” video, also from the first album: 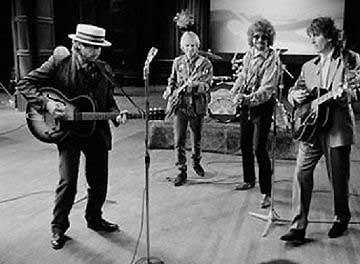 Roy Orbison died shortly after the album was done, so that video pays tribute to him…and the remaining members recorded a followup album, called – with that same wicked sense of humor – “Vol. 3”!

The “Wilbury Twist” with John Candy!

While the death of Orbison was certainly sad, the group released another terrific collection of music, including the “Wilbury Twist” starring John Candy!

Once again, the pure joy these guys had making music was refreshing, and the songs were catchy and fun, including the funky rocker “She’s My Baby”: 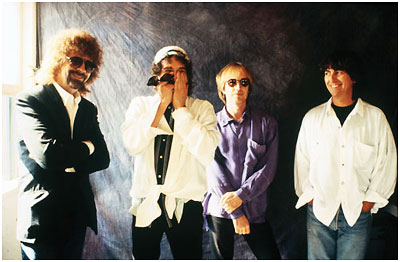 The Wilburys only released two albums, but of course Jeff Lynne has kept making music, including releasing a new Electric Light Orchestra CD!

And of course, George Harrison was part of the greatest musical group of all time: 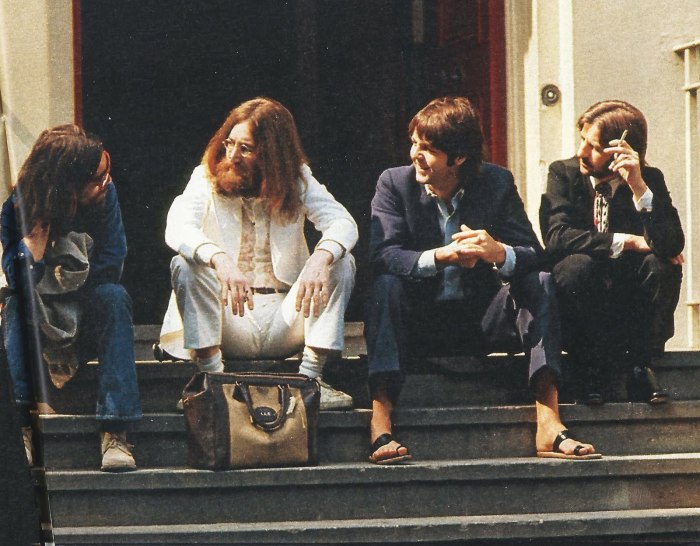 Now you can relive some amazing Beatles music videos, a collection of promo films the band recorded in the 60’s:

Read all about them here:

And let me know if you love these Wilburys as much as I do!