I’m a fan of shows like “Mysteries & Scandals”, and this is one of film’s greatest mysteries…

“A young bride, left alone to the lewd passions of an evil dwarf!”

You would look concerned too if you starred in a movie with that tagline! But did you know it led to the complete disappearance of the star of the film? 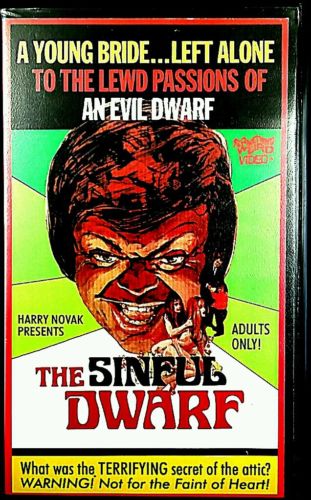 Warning! NOT For The Faint Of Heart!

You don’t know the half of it! Imagine you landed the starring role – opposite THIS GUY!

Sometimes there are movies that are so wrong – I mean WRONG – in every way that they are destined for cult status….with that in mind, time to explore the mysterious disappearance of the sex kitten star of this film: 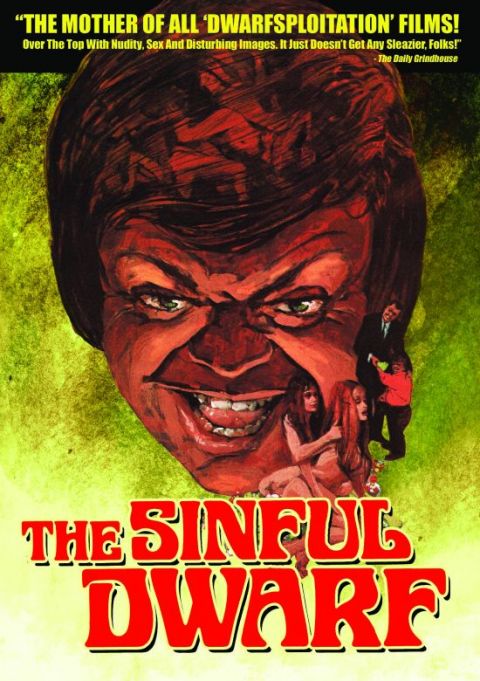 Yes, there is a film called “The Sinful Dwarf”, and it is everything the title suggests! Not only that, it starred a beautiful young Actress who would never be hear from again!

Actress Anne Sparrow stars in “The Sinful Dwarf”, but it’s her only film performance EVER, and she has disappeared into the black hole of movie trivia! Why? Well, let’s begin with this – a trailer that only hints at the decadence on display:

Here’s the plot of “The Sinful Dwarf”:

Anne Sparrow stars as the young wife of a Doctor who needs to rent a room for a few nights in a strange city. Diminutive former kiddie-show host Torben Bille – who looks disturbingly like Jack Black in a trash compactor – stars as well, as a young man who takes a special interest in the female guests at his mother’s boarding house…

For Actress Anne Sparrow, it must have been a dream come true: landing a starring role in your first feature film! But who is kidding who – just look at this description from the cover art:

“The delicious Anne Sparrow – in her first and understandably only screen role – co-stars in this towering achievement in graphic depravity, now fully restored from a 35mm print discovered hidden in a janitor’s closet at the Danish Film Institute!”

I guess being part of a film described as a “towering achievement in graphic depravity” can make you second-guess your career choice!

Anne Sparrow certainly had a good reason NEVER TO ACT AGAIN – in classic euro-sleaze style, the movie plot has her abducted early in on the film and abused by our Sinful Dwarf for the rest of the film’s running time – while her husband naively keeps looking for a job… 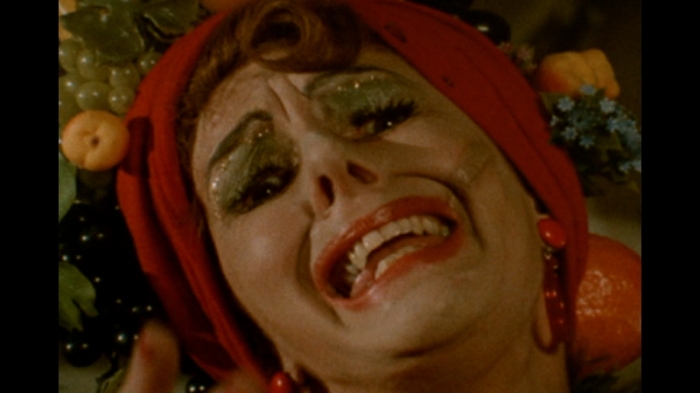 Oh, did I mention that the “Sinful Dwarf” has a CRAZY Mom – and yes, she SINGS in the film exactly the way she looks! Happy Mother’s Day indeed! You will never clean your ears the same way again…

And yes, that’s right – this movie was not only found in a janitor’s closet in Denmark – but they chose not to throw it out!

In the film, Actress Sparrow is abducted by the “Sinful Dwarf” and finds herself chained to a wall – with her “acting” comprising mostly of yelling and screaming while barely dressed…

As you all know, the internet holds the answers to our entire history….it can tell you anything and everything – except what happened to Sparrow!

The movie makes Anne Sparrow’s performance look even more graphic than it was, but whatever the reason, Anne Sparrow’s singular movie achievement remains this – one of the craziest examples of “Euro-Sleaze” ever released! 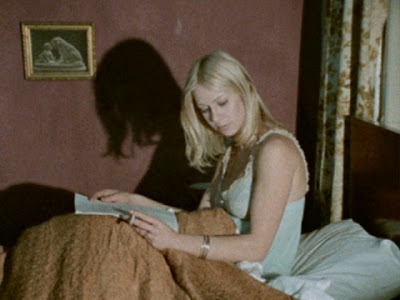 If you aren’t familiar with “Euro-Sleaze”, here is a story I posted about this outrageously offensive and entertaining genre of film from the 70’s!

Anne Sparrow isn’t he only Actress to make a single film appearance – although in this case, an Actress achieved film immortality for a single scene!

And there are time when Actresses become iconic just for the movies they are in, as it was for this “Bond girl”:

Read the entertaining story of sex kitten Barbara Bouchet by clicking on my story here:

And leave a note if you know what happened to Anne Sparrow!