That’s right, let’s go back to the 70’s, an era when disaster movies were BIG – and the Star feuds were BIGGER!

The Master Of Disaster!

There was an era in the 70’s when “disaster pictures” were the rage: huge blockbusters like “The Towering Inferno” with Steve McQueen and Paul Newman:

But did you know how McQueen referred to Newman in conversations?

Well, thanks to the great british film magazine EMPIRE, I’ve got a bunch of anecdotes about stars who hated other stars while acting in huge blockbuster disaster films!

I subscribe to EMPIRE – a truly great movie magazine full of great reviews, interviews, on-location reports and lots of stories about film – including one of their April issue that introduced British audiences to the original “Master of Disaster”, movie Producer Irwin Allen! 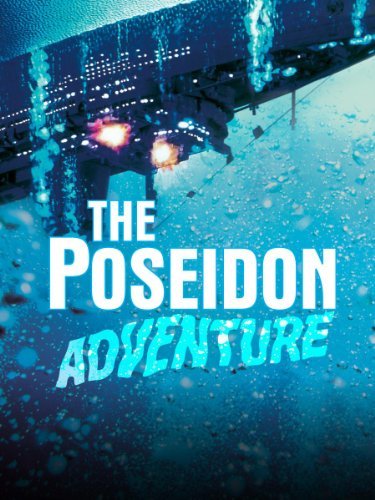 “Hell, Upside Down.” That was the tagline for the greatest disaster movie of all time, which spawned a series of “disaster-themed” films throughout the rest of the 70’s – check out the trailer!

Yes, that was Leslie Nielsen as the Captain in the trailer, just one of a slew of recognizable faces in this star-studded disaster epic!

Gene Hackman – who just a year earlier won the Best Actor Oscar for “The French Connection” – plays Reverand Scott, who is on the ship that is capsized by a huge tidal wave! He must help a small group climb up to the bottom of the overturned luxury cruise ship!

This movie was Hollywood’s gold standard all right – Oscar winners Hackman, Shelley Winters and Ernest Borgnine – along with a bunch of other familiar faces – all struggling to survive!

A great anecdote from the magazine involves Gene Hackman, who Director Ronald Neame referred to as “tricky”. Hackman demanded to change a scene, shifting the focus from Shelley Winters to himself. Winters went ballistic:

“That scene is the only damn reason I’m doing the movie and Hackman’s not going to take it away from me!”

Winters lost the argument, and she later said that filming the revised scene was, in her words:

“the most dreadful morning I’ve had since I made a film with Judy Garland.”

What a classic line! I love catty Hollywood insider stories, and since “The Poseidon Adventure” was a huge smash, Producer Irwin Allen had more Hollywood cattiness to come!

Time for a heated “Inferno!”

The magazine also offered an inside look at Irwin Allen’s “The Towering Inferno”, starring Steve McQueen and Paul Newman – and of course, more Star fights!

Empire tells the whole story about how Irwin Allen got both superstars to appear in the film, without realizing that McQueen HATED Newman! Even after becoming a superstar, McQueen always felt Newman was treated better by the press and the industry, and it drove him crazy.

The problems began even before they began filming. McQueen read the screenplay for “Inferno” and counted all of his lines – and then he counted Newman’s – and discovered the other Actor had twelve more lines than he did. His response?

McQueen was so jealous of Newman’s popularity he always referred to him as “the fuckwit!” None of their rivalry impacted the end result, however, as “The Towering Inferno” was a huge box office smash!

These are two classic disaster films that helped spark the era of blockbuster cinema – and I love stories about stars who fight on the set!