And of course, there’s also this:

“This Is Spinal Tap!”

Arguably one of the funniest movies ever made, this is the first and funniest “mockumentary” ever made, directed by Rob Reiner. And there may be a Todd Rundgren connection!

In 1982 legendary British heavy metal band Spinal Tap attempt an American comeback tour accompanied by a fan who is also a film-maker. The resulting documentary, interspersed with powerful performances of Tap’s pivotal music and profound lyrics, candidly follows a rock group heading towards crisis, culminating in the infamous affair of the eighteen-inch-high Stonehenge stage prop…here is the trailer for this comedic masterpiece:

“But These Go To Eleven!”

Most of the dialogue was improvised – kudos to the entire “Tap” team of Harry Shearer, Michael McKean and Christopher Guest – but this is now one of the most quoted film lines in modern movie history… 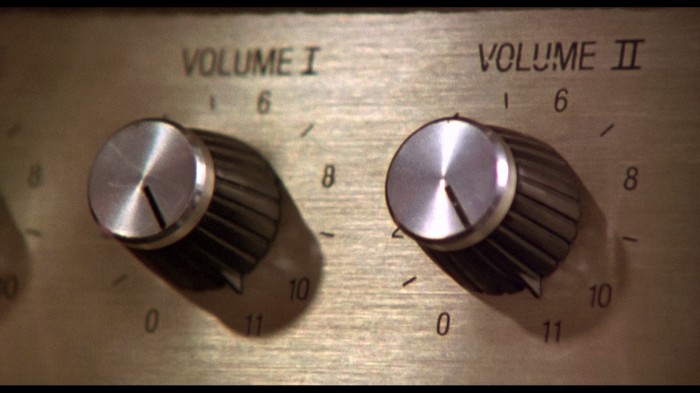 Marty DiBergi: Oh, I see. And most amps go up to ten?

Marty DiBergi: Does that mean it’s louder? Is it any louder?

Nigel Tufnel: Nowhere. Exactly. What we do is, if we need that extra push over the cliff, you know what we do?

Marty DiBergi: Put it up to eleven.

Marty DiBergi: Why don’t you just make ten louder and make ten be the top number and make that a little louder?

Harry Shearer, Rob Reiner, Christopher Guest, and Michael McKean were given $10,000 to write a script. A 20-minute version of the film was made with the money to better demonstrate the improvisation they had in mind. Several scenes from this demo are in the final movie.

And Now, The Todd Connection – The Eggs That Won’t Open!

I was reading the biography of Todd, and I came across a chapter about the first Utopia tours, and guess what? There IS a Spinal Tap connection!

As you know, there is the hilarious scene from “Spinal Tap” when one band member gets trapped in a malfunctioning egg onstage…well, according to the book, that may have come from a Utopia concert!

On page 230 of the Todd bio book “A Dream Goes On Forever Vol. 1”, Todd says one of the early Utopia tours “had this special geodesic dome for the syntheziser player (Jean Yves Labat) to sit in”. Well, it kept breaking down!

The story, as recounted in the book, clearly suggests that “Spinal Tap’s” malfunctioning egg was a direct parody of Todd’s “Geodesic dome!” Paul Fishkin says “I was at the Philly gig…at least one inspiration for ‘Spinal Tap’ was Jean Yves in the bubble, not being able to get out. it was so bad – indescribably bad!” 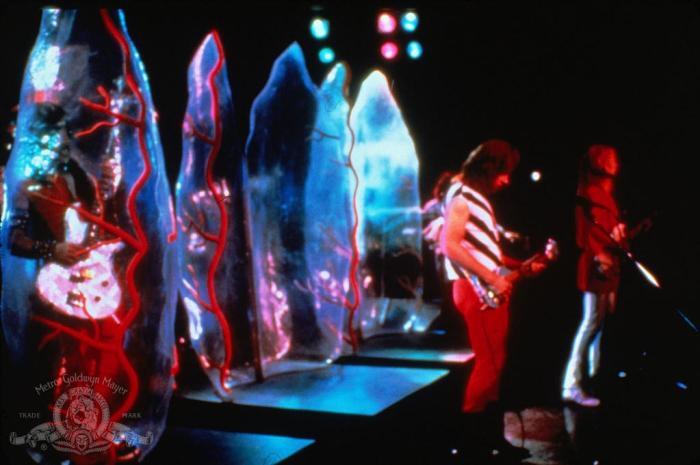 So the next time I watch Spinal Tap, I will put on the Theme From Utopia as well and savor the connection…if you want to read more about Todd, make sure to get the biographies…click here to read all about it:

Of course, Spinal Tap has many more problems than just malfunctioning eggs…they had a two foot tall Stonehenge!

This debacle was caused when the lead guitarist put “20 inches” instead of “20 ft.” on the design…when the tour manager tries to tell the band to play better, the lead singer gets angry:

Ian Faith: I really think you’re just making much too big a thing out of it.

Derek Smalls: Making a big thing out of it would have been a good idea. 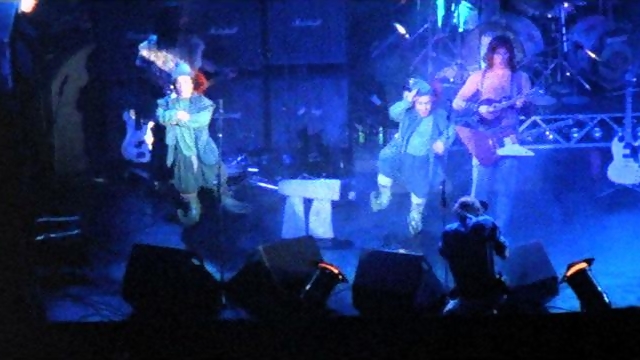 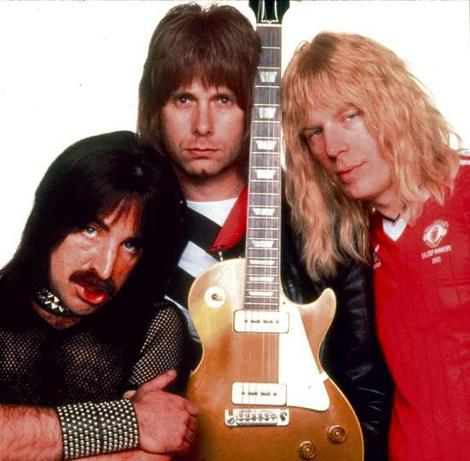 And Finally, The Album Reviews!

Another great moment is when Director Marty DiBergi reads the band their latest album review: “This tasteless cover is a good indication of the lack of musical invention within. The musical growth of this band cannot even be charted. They are treading water in a sea of retarded sexuality and bad poetry.”

Nitpicking indeed! “This Is Spinal Tap” is a classic movie comedy, and was ranked #1 on Entertainment Weekly’s “Top 50 Cult Films of All-Time”!