This is the look of a real “C-C-C-Catfight! 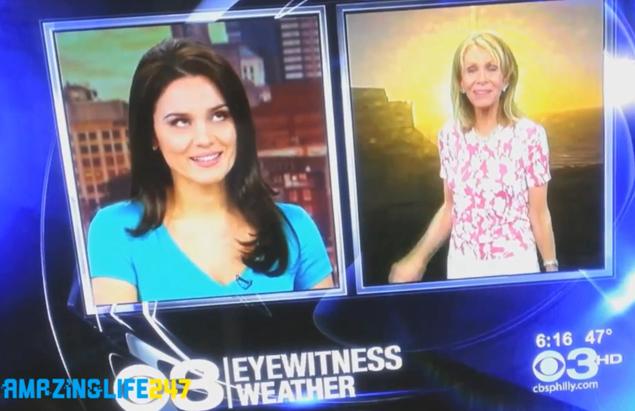 The two News Anchors you see above you DO NOT LIKE EACH OTHER. If you don’t believe me, I will prove it to you in just a second…forget how nice and composed this official newsroom photo is: 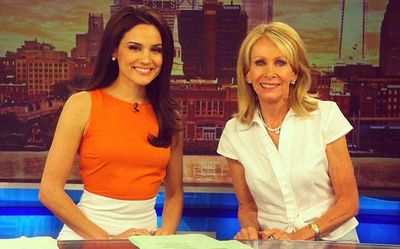 It’s a Newsroom “c-c-c-catfight”, which means only one thing:

I used to work in local news. The “funny reel was the best thing in the newsroom: a secret collection of mistakes, gaffes, live mics capturing the wrong words…you get it – the best of local TV!

Well, get ready for some new local news blooper classics! 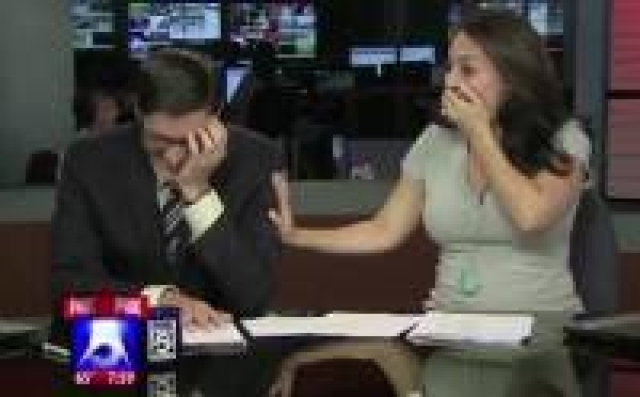 This is the latest blooper classic – watch this TV News Anchor’s surprise when the reporter on location swears on air!

UPDATE! Well, they pulled the clip – probably out of embarrassment!

Oops! Well, I guess someone is going back into the edit bay! Still, there is nothing better than live TV – such as this moment, when a Weathercaster gets caught off-guard by a live “visitor” to the set….

Meteorologist Kristi Gordon was surprised by a spider on the weather camera as she did her Noon News forecast!

At least they all had a good laugh, which is more than you can say about this!

Someone was smart enough to put together a reel that is titled, simply:

Wow! Talk about a tense set! And clearly they were so embarrassed they pulled the clip! So look at these hilarious 2015 bloopers instead!

Then again, you could go down under to Australia, where they try to mix light on-set interviews with hard news, and it results in THIS:

Co-Anchor Mat Doran was trying to match-make Irishman Allan Dixon with Co-Anchor Natasha Exelby. After some flirtatious banter with Allan Dixon, Channel Ten newsreader Natasha Exelby got a case of the giggles while reading some very serious news stories.

And that’s a look at local News around the world! Aaron Sorkin’s TV series all about TV News, “The Newsroom”, premieres on HBO next month…. 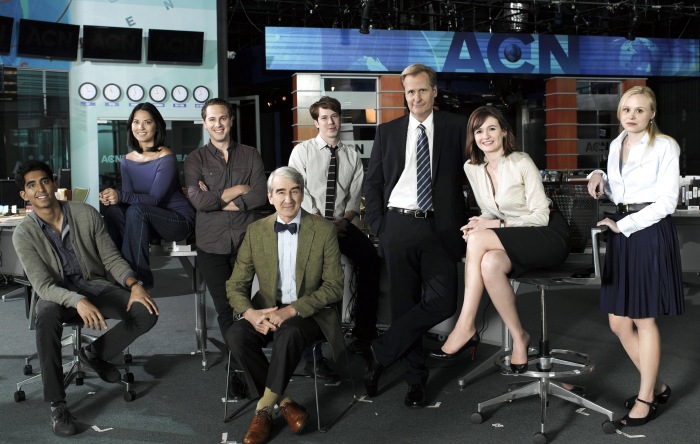 And if you want to read about the best movies ABOUT TV, check this out!