In the mood for a film that promises to be: 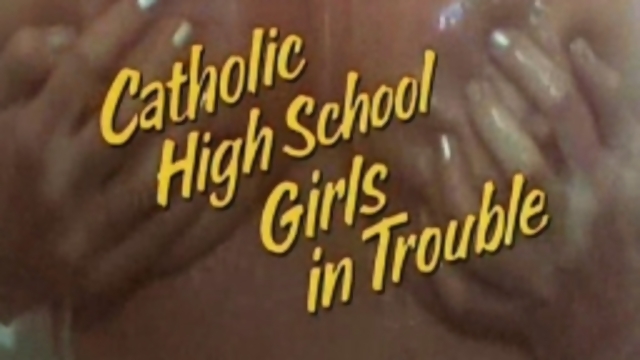 Or how about a movie that promises:

Narrator: Never before has the beauty of the sexual act been so crassly exploited! 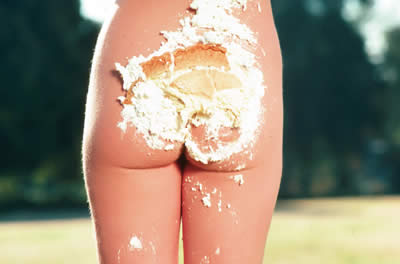 Or one that offers “BIG JIM SLADE!”

Well, this is one of my favorite movies of all time, and one of the funniest as well – from the creative geniuses who would go on to give us the cult TV series “Police Squad!” and the “Naked Gun” movies! Yes, get ready for the offbeat, profane, hysterical comedy that is:

How can you go wrong with a movie that begins LIKE THIS!

[first line in the film]
A Newscaster On Set, Looking At Audience: “The popcorn you are eating has been pissed in. Film at eleven.”

Talk about a comic debut! “Kentucky Fried Movie” roared into theaters in 1977, directed by John Landis, who went on to make “Animal House”, “Coming To America” and many more. 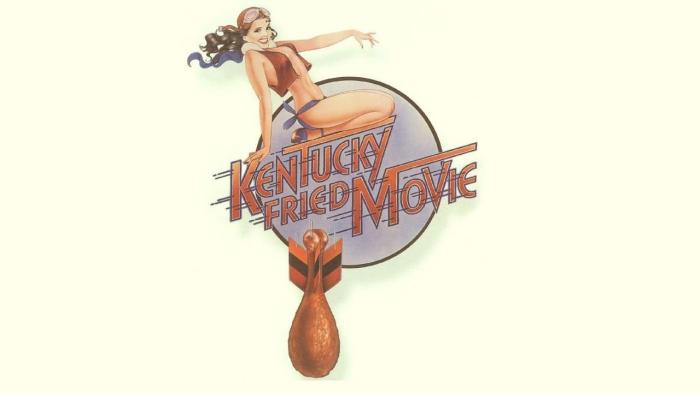 The film’s writers were the team of David Zucker, Jim Abrahams and Jerry Zucker, who would go on to write and direct” Airplane!”, “Top Secret!” and the Naked Gun movies! 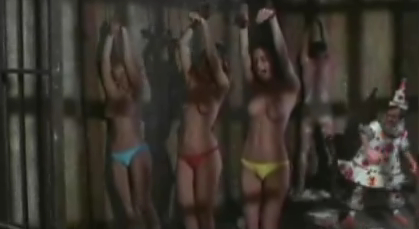 Narrator: Never before has the beauty of the sexual act been so crassly exploited!

The film is full of movie parodies, like the ad above for “Catholic High School Girls In Trouble!” Or this one, for the disaster movie “That’s Armageddon!”

Yes, the parody stars George Lazenby, at the time seven years past his one-time-only stint as James Bond 007!

Here is a parody of ads about home deodorizers, as a group of women come for a visit:

[a woman is worried about the smell of her home as guests arrive]
1st guest: Fish for dinner last night?
2nd guest: Phewww… Harvey still smoking those cigars?
3rd guest: CHRIST! Did a cow shit in here? 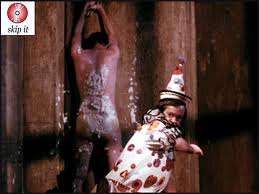 Yep, blaxploitation films of the time got skewered, with this great film about an undercover cop who teams up with a Rabbi!

And then there is THIS:

A FISTFUL OF YEN!

The centerpiece for the film is “A Fistful Of Yen”, the scene-for-scene parody of Bruce Lee’s classic movie “Enter The Dragon.” 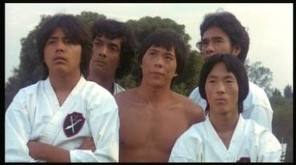 “This is Butkus, Klahn’s bodyguard. He is tough and ruthless. This is Kwong, Klahn’s chauffeur. He is rough and toothless.”

This movie captures everything that made “Enter The Dragon” so entertaining, all while putting on the movie and spoofing kung fu movies!

“Kentucky Fried Movie” announced the arrival of a great new comedy team, and it is fast-paced and funny…The Zuckers ended up giving us the hilarious “Naked Gun” films!

Along with the three “Naked Gun” films, the Zuckers also gave us the twisted cult TV show “Police Squad!” – so you need to see where they got their start – “The Kentucky Fried Movie” is hilarious and worth worth finding!