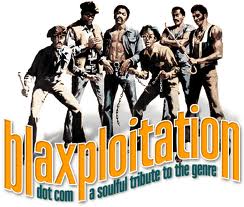 “Blaxploitation” is a now somewhat overlooked style of film making from the early 70’s that were an ethnic sub-cuture of exploitation film, focused on the black community.

Max Julien was a working Actor who wrote one of blaxploitation’s great female characters, “Cleopatra Jones” – a classic bit of genre movie making from 1973. 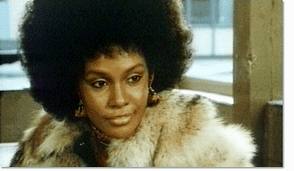 Julien also came up with “The Mack”, an iconic character – also from 1973 – that introduced Richard Pryor to movies…

Julien plays Goldie, who returns from five years at the state pen and winds up king of the pimping game. Trouble comes in the form of two corrupt white cops and a crime lord who wants him to return to the small time.

According to Max Julien on the DVD commentary, Richard Pryor and producer Harvey Bernhard had a heated argument during filming. Later that night, Pryor was going to Bernhard’s hotel room to attack him with a sock filled with ball bearings until Julien calmed Pryor down.

According to trivia on the IMDB website, “The Mack” was a direct influence on Oliver Stone’s script for Scarface. Both “The Mack” and “Scarface” have hugely influenced hip-hop culture. 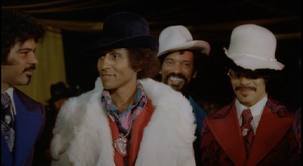 The Mack has been sampled in hundreds of songs, including Dr. Dre’s “The Chronic”. Max Julien also played Nelly’s father in the video for “Pimp Juice.”

“Who’s the cat that won’t cop out, when there’s danger all about?” John Shaft of course! This blaxploitation classic is a hard-charging action thriller about Detective John Shaft, played to perfection by Richard Roundtree.

“You see this cat Shaft is a bad motherf-”
“Watch Your Mouth!”
“But I’m talking about Shaft!”
“Then we can dig it!”

Check out this movie and also buy the soundtrack on iTunes, it’s a classic as well from Isaac Hayes!

8-Hit! In 1973, blaxploitation films were all the rage, and Billy Dee Williams jumps into the mix with a VERY BIG GUN. He plays a federal agent whose daughter dies of a heroin overdose – and he is determined to destroy the drug ring that supplied her. 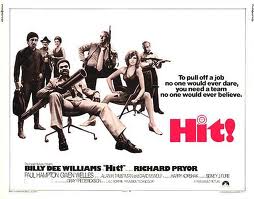 Billy Dee recruits various people whose lives have been torn apart by the drug trade and trains them.

Among the cast is Richard Pryor, in another role that showcases his amazing talent and comedic ability, but this is no comedy – lots of action here! 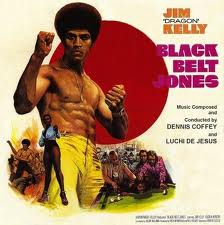 Jim Kelly co-starred with Bruce Lee in “Enter The Dragon”, and parlayed that into a series of action films such as “Black Belt Jones”…

“Foxy Brown” is the 1974 blaxploitation film written and directed by Jack Hill. It stars Pam Grier as “a whole lot of woman” who showcases unrelenting black sexiness while battling the villains.

Dolemite is a 1975 blaxploitation film, and also the name of its principal character, played by Rudy Ray Moore, who co-wrote the film and its soundtrack. According to Wikipedia, Moore, who started his career as a stand-up comedian in the late 1960s, heard around that time a rhymed toast by a local homeless man about an urban hero named Dolemite, and decided to adopt the persona of Dolemite as an alter-ego in his act.

Here is the blaxploitation angle on the classic vampire tale…

And the movie that sparked the blaxploitation crazy, thanks to incendiary film maker Melvin Van Peeples!

According to Wikipedia, “Sweet Sweetback’s Baadasssss Song” is a 1971 American independent drama film, written, produced, scored, directed by, and starring Melvin Van Peebles, father of actor Mario Van Peebles (who was also in the movie). It tells the picaresque story of a poor African American man on his flight from the white authority.

Van Peebles began to develop the film after being offered a three-picture contract for Columbia Pictures. No studio would finance the film, so Van Peebles funded the film himself, shooting it independently over a period of 19 days. He received a $50,000 loan from Bill Cosby to complete the project.

The film’s fast-paced montages and jump-cuts were unique features in American cinema at the time.” 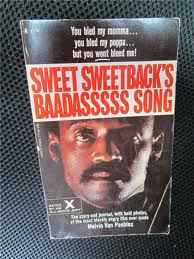 The poster’s tagline was: “You bled my Mama. You bled my Papa. But you WON’T bleed me!”

One of his greatest marketing techniques was to proclaim on the film’s poster, “RATED X BY AN ALL-WHITE JURY!”

Finally, look for this terrific documentary that looks at this classic era of film!

Produced by the Independent Film Channel (IFC), this documentary by filmmaker Isaac Julien interviews with some of the original actors and directors of the genre are featured, including Richard Roundtree, Pam Grier and Melvin Van Peebles; Latter day fan Quentin Tarantino also offers his opinions.

The explosive mixture of incredible fashions, hairstyles, comedy, sex, action and music contained in these films has won millions of fans all over the globe, find out why in BAASASSSSS CINEMA!

Like Loading...
‹ Savages, Giant Tuna, Coffee Jelly And My Tokyo Cop Encounter!
Crown Crust Pizza REVIEW! Cheeseburger and Bacon Abuse And Poutine To You Too! ›