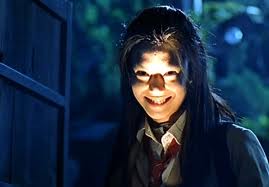 With the phenomenon that is “The Hunger Games”, I thought you might be interested in this brilliant Japanese movie from 2000 – the “original” Hunger Games! 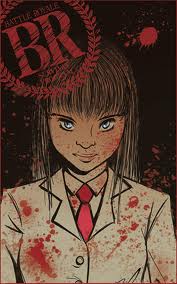 “Battle Royale” (based on the best-selling Koshun Takami novel) is “Lord of the Flies” meets “Survivor” with guns: in a dystopian Japan of the near future, the government places one class of grade nine students on a remote island, gives them each a weapon, and lets them loose in a fight to the death. 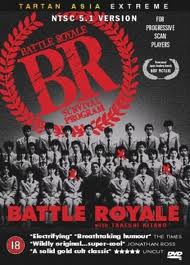 ”My favorite movie of the last 20 years – I wish I had made this movie.” – Quentin Tarantino

Despite being branded the rarely-used R15 rating (restricting the film to those aged 15 and over) when it opened at the tail end of 2000, “Battle Royale” quickly became both a critical and box office success, both domestically and in other Asian film markets. 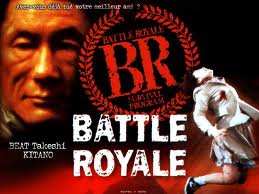 And though the film will probably be remembered more for its graphic exploitation of teen violence, “Battle Royale” also makes some rather pointed remarks about Japanese society and history. 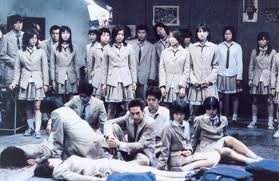 ”If you love The Hunger Games, Battle Royale sets the stage. One of the best – and most violent – genre films ever made. It’s also a hell of a lot of fun.” – Entertainment Weekly 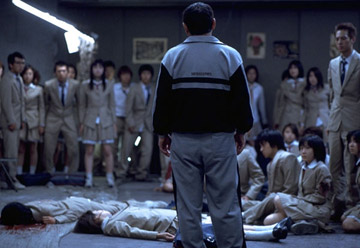 Battle Royale (バトル・ロワイアル was directed by Kinji Fukasaku based on the novel of the same name. It was written by Kenta Fukasaku and stars Takeshi Kitano. 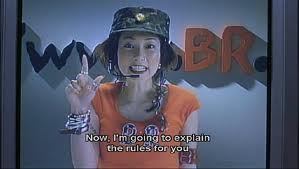 The film tells the story of a class of teenagers that are forced by the government to compete in a deadly game, where the students must kill each other in order to win. The film aroused international controversy and is banned in many countries. 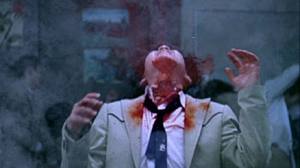 However, the film was a commercial success, and is one of the highest grossing films in Japan. It received universal acclaim and is often regarded as one of Japan’s most famous films and one of Fukasaku’s best films. Kinji Fukasaku started working on a sequel but he died of prostate cancer on January 12, 2003, after shooting only one scene with Takeshi Kitano. His son, Kenta Fukasaku, completed the sequel in 2003 and dedicated it to his father. 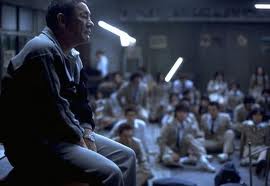 Here are the opening words of the film:

Reporter: This year Zentsuji Middle School number 4’s Class E was chosen from among 43,000 Ninth grade classes. This year’s game, said to be more blistering than the last – – Oh look there! There she is! The winner’s a girl! Surviving a fierce battle that raged two days, seven hours, and 43 minutes – the winner is a girl! Look, she’s smiling! Smiling! The girl definitely just smiled! 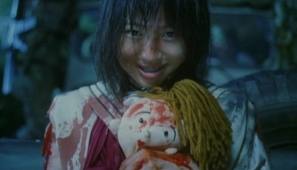 Teacher Kitano: So today’s lesson is, you kill each other off till there’s only one left. Nothing’s against the rules. 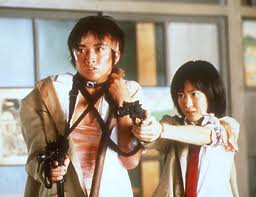 Many members of the Japanese Parliament tried to get the novel banned, but to no avail. When the film was released, they attempted to ban it also. Both efforts resulted in the novel and film becoming even more successful as people bought the book and went to the movie to see what the fuss was all about. 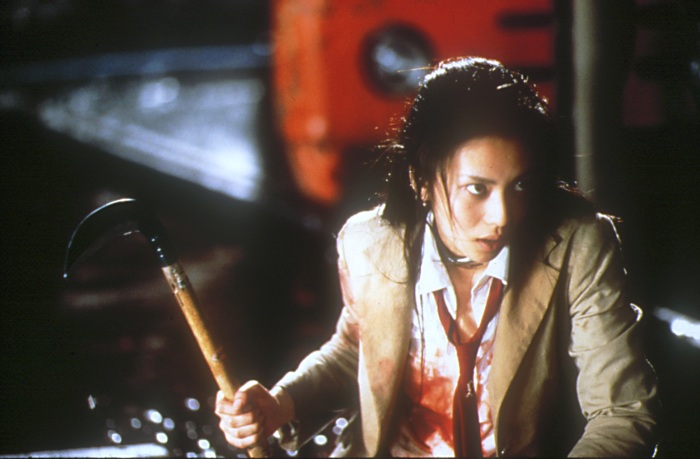 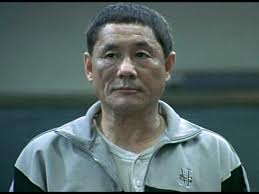 One reason the film received such acclaim is due to the presense of Takashi Kitano, one of Japan’s most famous actors. He is known in Japan as “Beat” Takashi, and his involvement in “Battle Royale” gives it a gravitas that it might not have had without him. 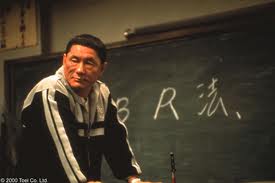 Takashi is a brilliant Actor and Director, with a intense personal life as well.

In August 1994, Kitano was involved in a motorcycle accident and suffered injuries that caused the paralysis of one side of his body, and required extensive surgery to regain the use of his facial muscles. (The severity of his injuries was apparently due to the fact that he was not wearing a helmet.) Kitano later stated that the accident was actually an “unconscious suicide attempt”. 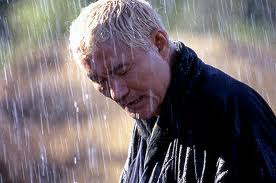 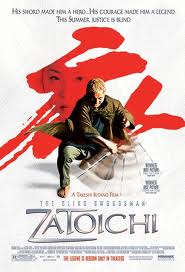 In 2003, Kitano made the brilliant “Zatoichi”, the legendary Japanese story of a blind swordsman who wanders the countryside in feudal Japan and dispenses his own brand of justice – Takashi starred in as well as directed. 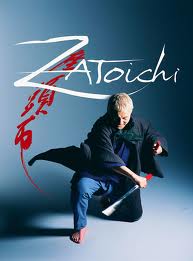 This is one terrific movie, so check it out as well on DVD! But, back to “Battle Royale”… 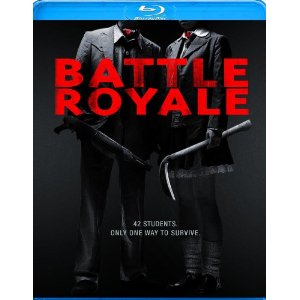 Yes, “Battle Royale” will be released March 20, 2012 – in a gorgeous new blu-ray transfer…if you want to go crazy, look at what they are offering up – 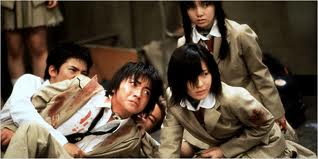 Complete Collection (4 discs): The four discs are (1) Director’s Cut of the film (see above), (2) Theatrical Cut, (3) 2003’s “Battle Royale II” and (4) Bonus Content Disc. While I would certainly consider the original “Battle Royale” as a classic, its sequel is less so. It carries the same concept over to a new class with some variations on the original theme, but the major difference is that an underground plot by an unexpected terrorist cell plays a large part in this year’s action. It’s solid enough, I like it. It just lacks the emotional kick of the first film. 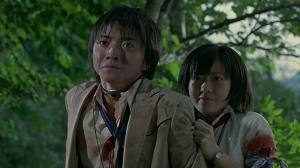 So there you go: have fun with “The Hunger Games” in theaters, but check out this classic inspiration as well!