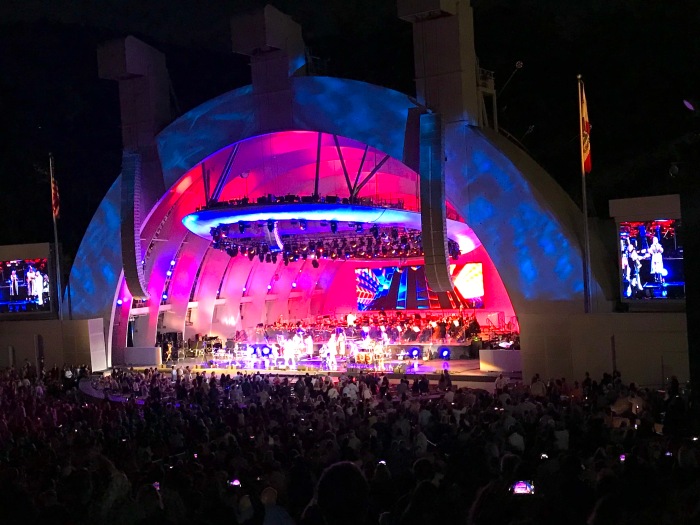 Another season of The Hollywood Bowl is over, and this year, it was an “Earth, Wind & Fireworks” celebration to end it all – and then the city of Los Angeles gave them their own day!

We’ll get to the finale – and Earth Wind & Fire Day – in a moment, but let’s start with some history of one of the greatest bands of all time!

Maurice White founded Earth, Wind & Fire in 1969 – while sadly he died in 2016, his brother Verdine White still performs along with Philip Bailey and Ralph Johnson – and they are incredible!

The Hollywood Bowl was sold out for both nights, and the crowd LOVED the music. Let’s get to it!

The show began with a funky instrument that led right into “Sing A Song!”

As you can hear, the band sounds terrific!

Earth, Wind & Fire has won six Grammys, have a star on the Hollywood Walk Of Fame, and have sold more than 90 million records worldwide.

Next up: here is the band performing “Fantasy!”

As your an hear, the band sounds great!

One of their biggest hits is “That’s The Way Of The World” and here is that live performance: 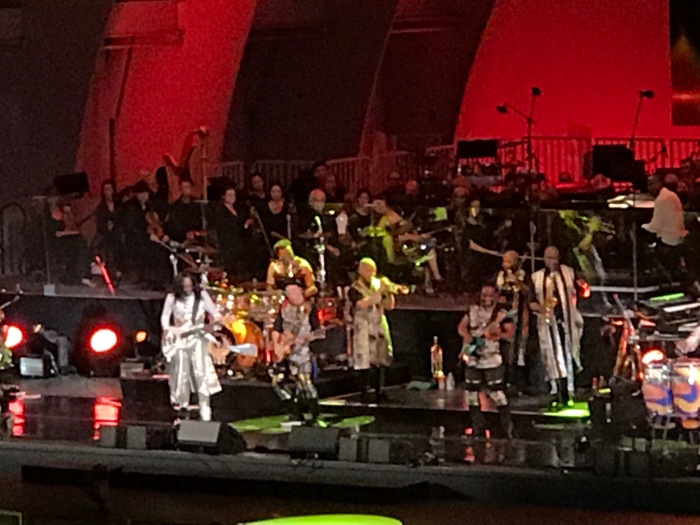 As you hear, the band is flawless when performing their hits, but they also bring a live energy that is undeniable and really makes the songs soar!

One of their most beautiful ballads is this one – here is “After The Love Is Gone Live:”

The band played almost two hours, with so many hits and feel good songs, but of course, as this was September 14th, we finish with their iconic hit “September” – with fireworks!

What a great way to thank this incredible band for their contribution to music!

What an incredible night – if you have the chance to see Earth, Wind & Fire, do so – they are incredibly entertaining and their music is timeless!

I was lucky enough to see them live last year at Napa Valley’s BottleRock music festival – one of many incredible Artists – you can see more live performances here:

Bravo to Earth Wind & Fire for closing the season at The Hollywood Bowl in spectacular fashion and for having a day named in your honor!