Home › Art › “Death Among Us!” Wednesday’s Bookmobile Has A “Shocktober” Anthology Of Murder!

“Death Among Us!” Wednesday’s Bookmobile Has A “Shocktober” Anthology Of Murder!

Ready For Some Mystery In Your Life?

First off, what a terrific cover! It captures perfect the sense of mystery and dread that is printed inside! This great anthology delivers some terrific stories for this #31daysofhalloween!

“Death Among Us” offers up ten Authors who share tales of murder, mystery, and the supernatural!

This Wednesday’s Bookmobile drives into the twisted minds of ten great Writers, who give us captivating murder mysteries in bite-size chunks!

Each Author has their own unique take on murder, mystery and how to tell a story – I loved having so many different styles, all while adhering to a single focus!

Mae Clair posted this review on the book’s Amazon page, and it perfectly captures what makes the book so entertaining:

“I was mesmerized by the historic angle Robbie Cheadle used in her all of her tales that address such unusual characters as chimney sweeps in Victorian England and monks, among others. She did an exceptional job of dropping her readers into the grimy period of the Industrial Revolution and other equally intriguing settings. Red Solo Cup by by Kelly Artieri has two couples undertaking a day boating. A twisty little tale with a cool title and an unexpected ending. She also does a great job with That’s What Best Friends Do which has a kick-butt ending, The slightly horror jive of Monitaur by Michael Spinelli kept me enthralled ,and he hit a home run with No Man’s Land involving a dangerous fugitive. The dialogue is spot on.”

As I said, you can buy the book on Amazon, as well as other bookstores – consider supporting this entertaining effort!

Robbie Cheadle has three terrific stories in the book, and has published many other books as well: young adult novels, stories with recipes with her son, and a memoir with her Mom!

Robbie’s taken a ride on the Bookmobile before, when I told the story of her Mom’
s true-life adventure growing up during World War 2 – you can see more about the book by clicking here:

And since it’s #31daysofhalloween and #31daysofhorror, you have to spend some time with the master: 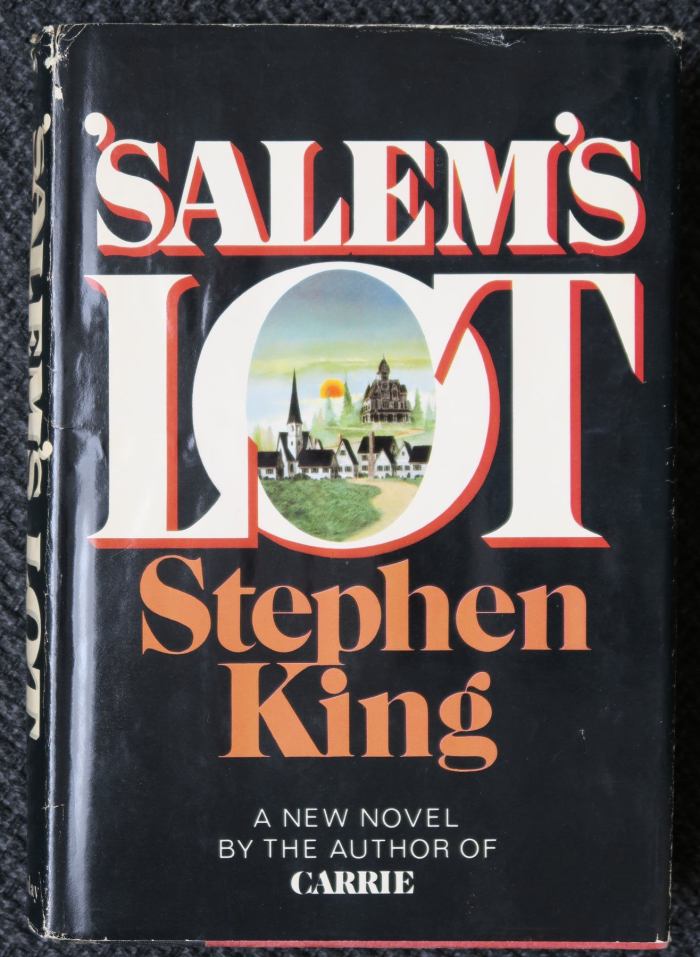 I’m giving “Salem’s Lot” a re-read, and you should too – this masterwork from Stephen King was only his second novel! Wow…get more details on this book by clicking here:

If you enjoy these posts, why not subscribe to my blog and never miss out? It’s easy, and there are NO ads of any kind, just stuff I like – everything from books, movies and music to pop culture, food, travel and more…click on the main page to see more and “follow” me on the upper right…

Thanks so much for taking a thrill ride on Wednesday’s Bookmobile!