Sorry for being as excited as Kelly is, but the official launch of the new Kelly Clarkson daytime talk show is right around the corner – Monday, September 9th!

Here’s a sneak peek at the show, with interviews with Kelly and my wife Alex, along with a look at what they want to accomplish with the show:

Note this was shot earlier, and there will be a new set on Sept. 9 – and it’s spectacular!

Those of you who know me know that my wife, Alex Duda, is the Executive Producer of the new talk show. As I said, she was featured in the video I shared above and says that Kelly is incredibly upbeat, positive and compassionate. 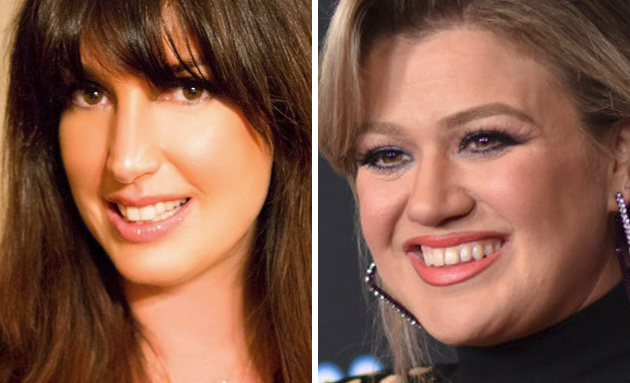 Here’s what Alex said when the show was announced:

“Kelly Clarkson is America’s celebrity. As our first [American] Idol, Kelly was chosen by us, for us, because of her unique combination of relatability and otherworldly talent,” Duda said. “I love telling stories that entertain and inspire, and I’m thrilled to be able to continue doing so alongside an incredible artist like Kelly.”

Kelly’s daytime talks how will air nationwide beginning on September 9, and you will be seeing all sorts of promos on air – and plenty of ads like this as well.

Kelly spoke to ET recently – here is their terrific story:

As you can see, the show will be upbeat and fun, but with a purpose as well.

Here’s Kelly talking about the kinds of people she wants on the show:

Finally, take a look at her first blooper reel! It’s a collection of funny moments as she films promos for the show premiere!

And here is the link to her official Facebook page for the show:

Bravo to the entire Kelly Clarkson Show Team – so excited for the premiere on 9.9.19! It will be on 100% of the country, so you’ll find it on NBC daytime – or check your local listings!

Like Loading...
‹ CFFC – Animals
The Music Of “V” Is For Village People! Velvet Underground! Van Halen! The Eagles “Victim Of Love!” ›