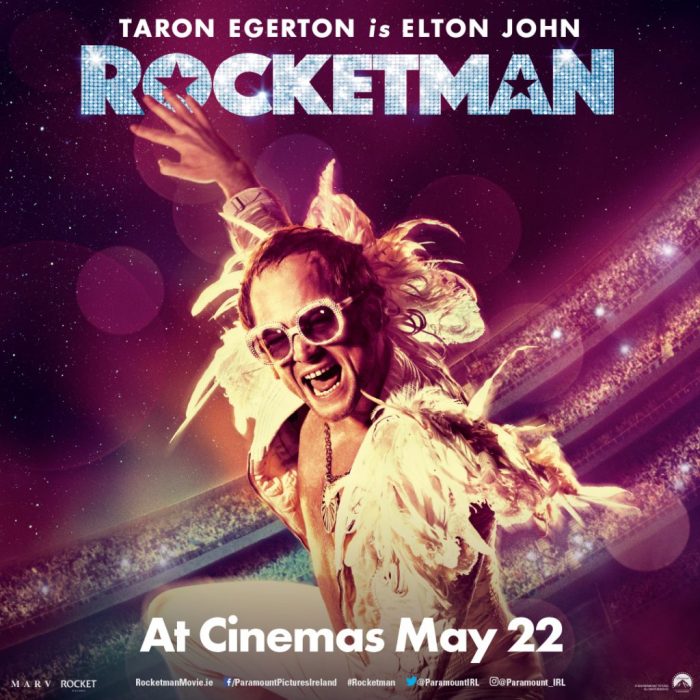 I have posted stories about the best-selling Artist of the 70’s before – yes, Elton John! Now, a movie tells the story of how Reg Dwight became a “Rocketman”, and I can’t wait to see it!

Actor Taron Egerton – best known for the “Kingsman” films – looks incredible as Elton, and the reviews have been spectacular as well – here is the trailer, which looks terrific! 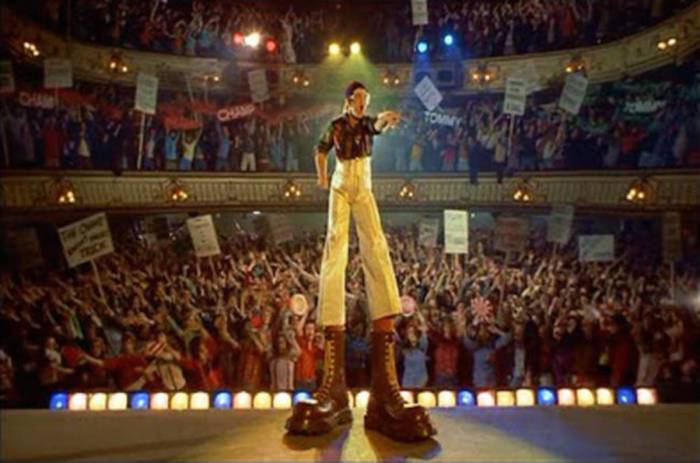 Even if you think you know the songs, you cannot know what a huge pop culture impact Elton John had in the 70’s – I mean, just look at that picture!

Time to celebrate a period of time in the 70’s when one Artist ruled the charts – usually wearing some of rock’s wildest outfits! 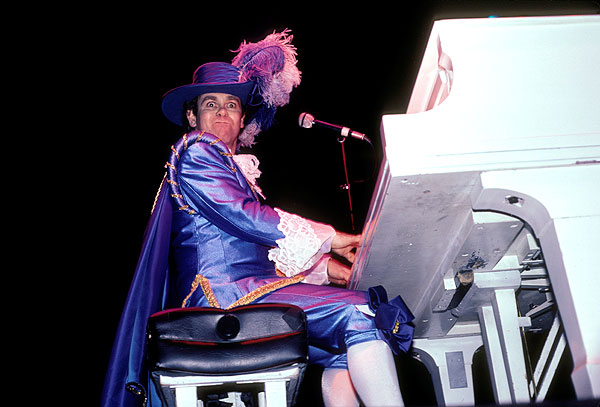 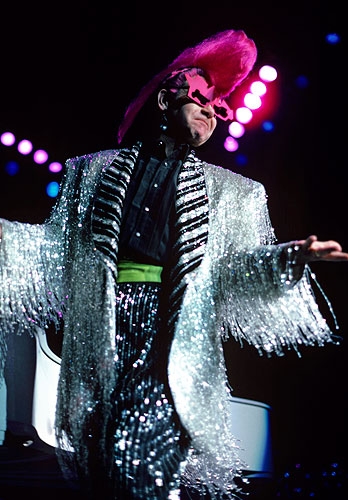 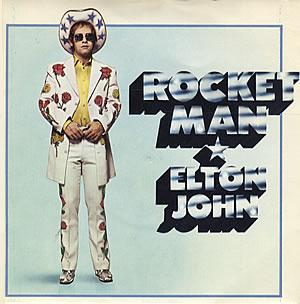 “Rocket man burning out his fuse up here alone…”

Here is a live TV appearance from 1972, with Elton announcing that this new song is about to be released as a single…

Thanks to “Philip Anness” for posting this on youtube! 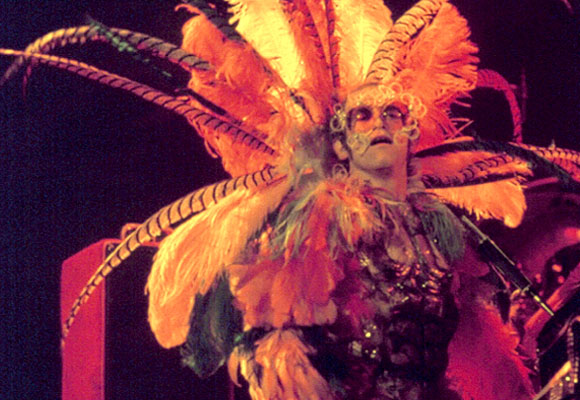 “Rocket Man” was the beginning of a massive onslaught from the Singer/Songwriter – who wrote most of his material with Bernie Taupin. check out these facts, courtesy of wikipedia! 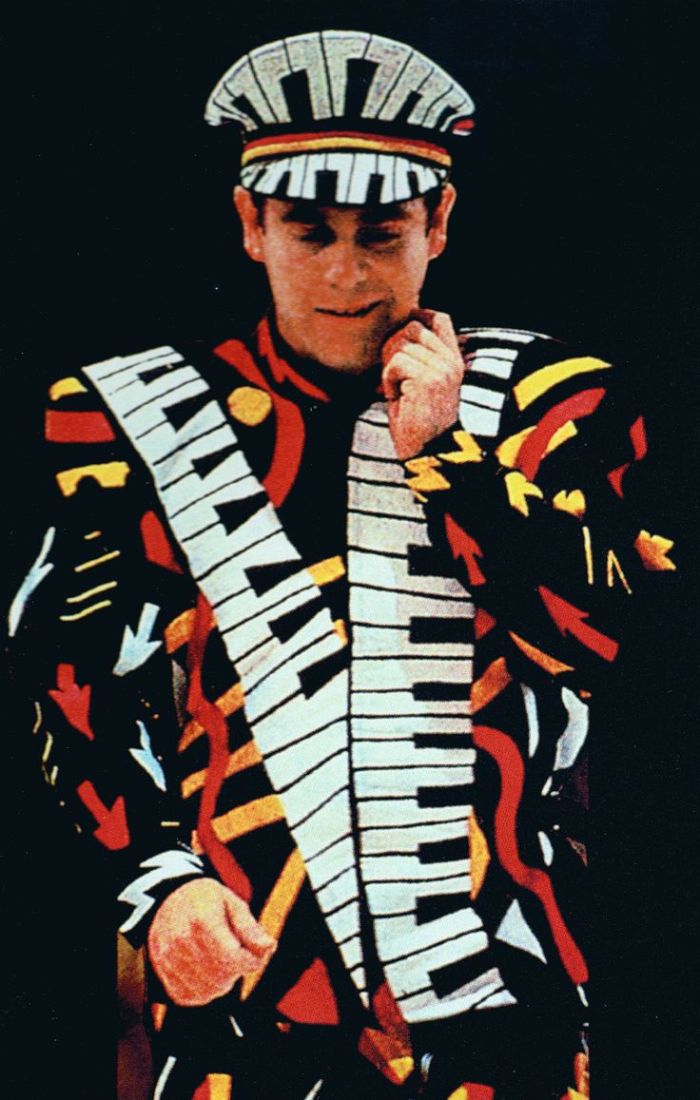 “The singles discography of British musician/singer-songwriter Elton John consists of 128 official singles and 17 as featured artist, as well as 40 other non-single guest appearances. Across his career, John has yielded 57 top 40 hits in the United States, only second to Elvis Presley in total,[1] with 27 of those hitting the top ten and 9 achieving number-one. In his native United Kingdom, he has accumulated 69 top 40 singles, including 32 top tens and 7 number-ones!” 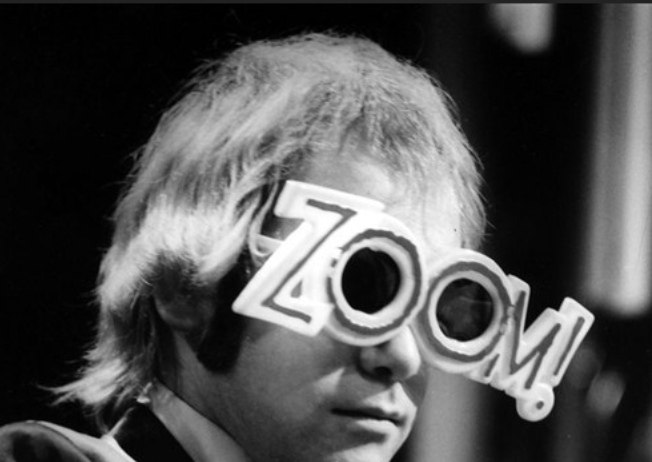 Elton Crocodile Rocks To #1 Around The World!

His statistics are mind-boggling, and the songs are just great pop hits, like “Crocodile Rock”, which was a worldwide smash…here he is performing it live from 1972: 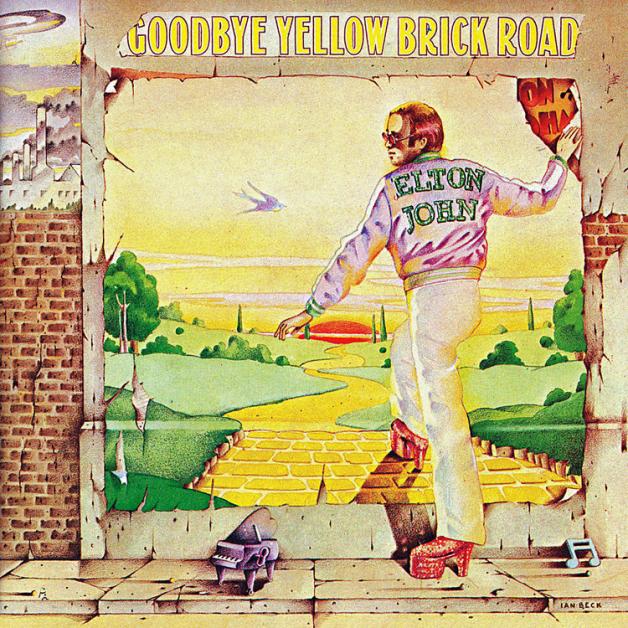 In 1973, Elton John stunned the world with his masterpiece – and as you can tell by his shoes, he’s not afraid to show off as well!

From “Bennie And The Jets” to “Goodbye Norma Jean”, his heartfelt ode to Marilyn Monroe, Elton was on fire, with a double album full of incredible music. Pop hits, instrumentals, gritty rockers like “Your Sister Can’t Dance (But She Can Rock n’ Roll)”, and my favorite: 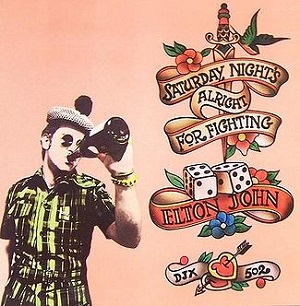 This is a terrific rocker, full of the energy of youth:

A couple of the sound that I really like
Are the sounds of a switchblade and a motorbike
I’m a juvenile product of the working class
Whose best friend floats in the bottom of a glass, oh

Just terrific songwriting from his writing partner Bernie Taupin. Here is a great live version from the 70’s:

Thanks to “bccsrox’s channel” for uploading this terrific version on youtube! 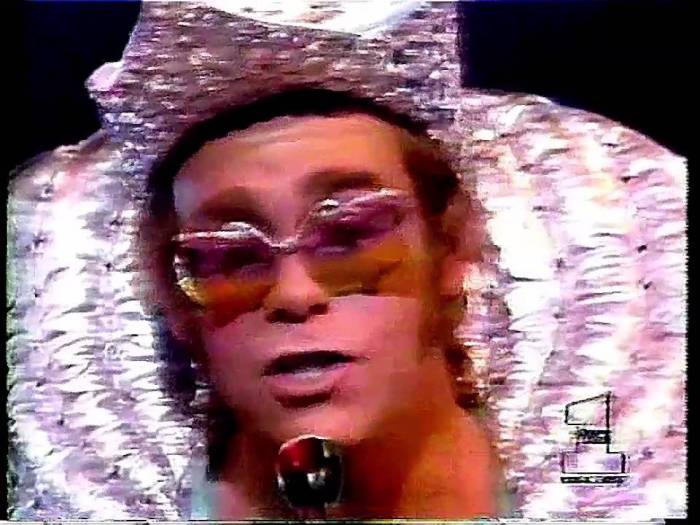 “Don’t Let The Sun Go Down On Me”, “The Bitch Is Back” and “Philadelphia Freedom” were just a few of his mega-hits that followed, but if you want to see just how wild Elton got, then check out his outfit as he performs “Lucy In The Sky With Diamonds” on Cher’s TV show: 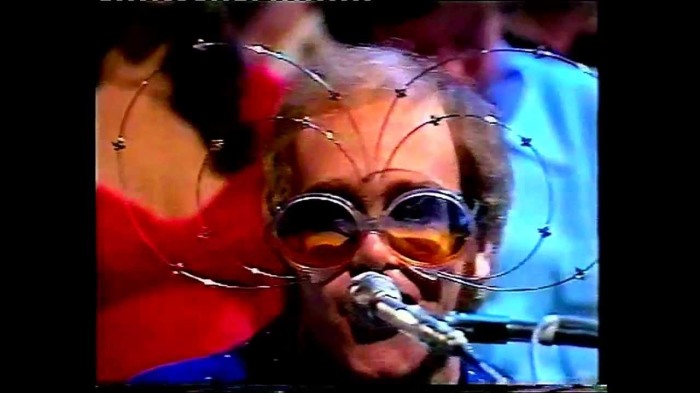 Then there is this version of the same song from England’s “Top Of The Pops” in 1974 – you must see it just for his glasses!

Thanks to “exclusivevids1000” for posting this gem!

It all culminated in John’s raucous performance in The Who’s “Tommy” film, directed by flamboyant British Director Ken Russell! 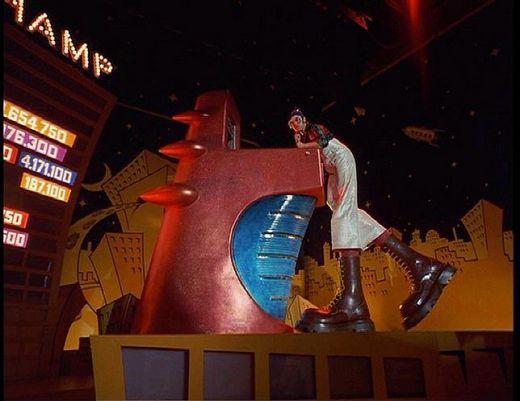 Go out and buy this film – it’s amazing! 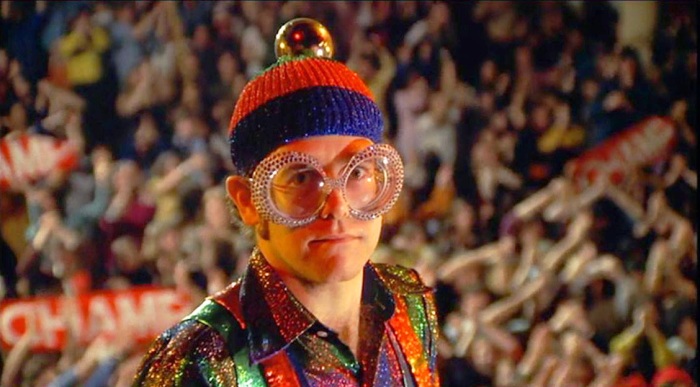 Iconic Hollywood Actress Ann-Margret also had a memorable turn in the movie “Tommy” as well, thanks to a room full of baked beans… 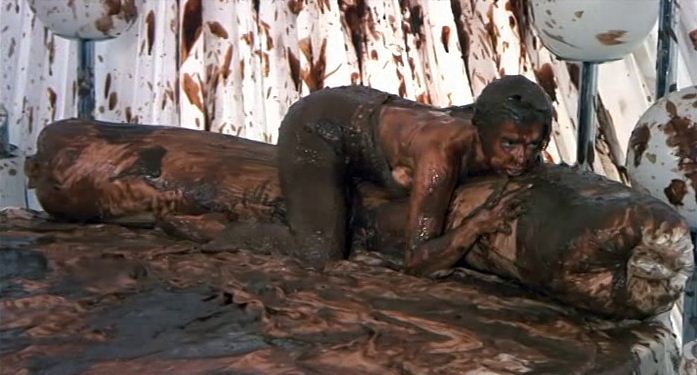 Yes, she rolled around in them! See that iconic scene here: 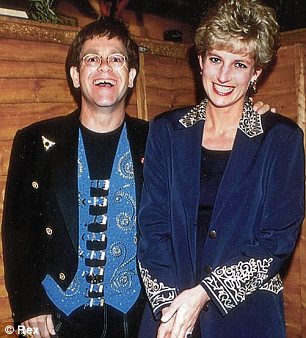 Here is what wikipedia reports:

“In 1997, John released the double A-side single “Something About the Way You Look Tonight”/”Candle in the Wind 1997″ in dedication to the memory of Diana, Princess of Wales. It subsequently hit number-one in every country that it charted in and became the biggest selling single of all-time since the UK and US charts began in the 1950s, with sales of 33 million.” 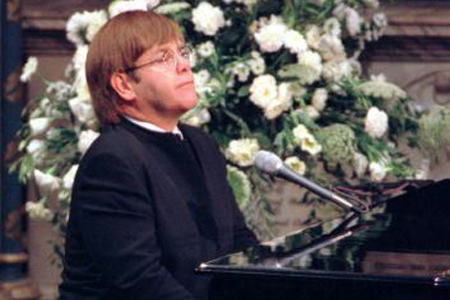 Here is that haunting performance from her funeral:

Elton John has continued to release terrific new music since the 70’s, with smash hits and brilliant albums…bravo to him for his talent – and his choice of eyewear!

I can’t wait for “Rocketman”, which has opened in the UK, and will be here in the US on May 31. Here’s another story you should know – Elton John was the reason John Lennon performed a Beatles song on stage after their breakup! 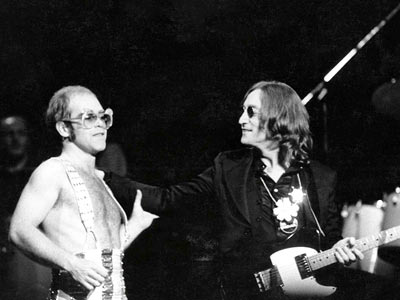 It was all part of a bet about Lennon’s song “Whatever Gets You Through The Night”, and it led to a legendary live performance with Elton at Madison Square Garden!

Looking forward to “Rocketman” blasting off!

Like Loading...
‹ Bite Down On “Food In History”! Wednesday’s Bookmobile Has The Story Of How We Eat!
Hilarious #Stefdies! An Artist “Dies” For Selfies At World’s Greatest Landmarks! “What The Friday!?!?!?!” Internet Art! ›